The AR-15 Modern Sporting Rifle (MSR) is hands down the most popular rifle in the United States today. Developed to meet the grueling demands of jungle warfare in Vietnam, the modern AR-15 has a large and dedicated civilian following.

Originally chambered for 5.56 mm NATO, the AR-15 is a versatile, easy-to-shoot weapon. However, the 5.56x45 mm NATO cartridge is not without its limitations. 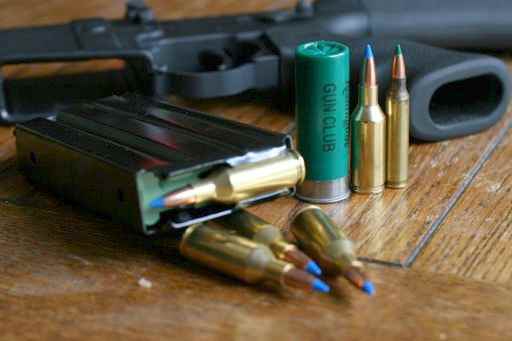 Some of them are useful. Others are little more than flash-in-the-pan gimmicks.

It can be hard to separate the wheat from the chaff when it comes to new cartridges for the MSR. How can a shooter know which cartridges are worth the investment and which deserve a hard pass?

We are here to walk you through the virtues and foibles of some of the best alternative AR-15 cartridges in production today. The good news is that AR-15 owners have plenty of choices, and options are a beautiful thing.

Let’s start with the standard AR-15 cartridge. No, .223 Remington and 5.56 NATO are not the same thing. However, most AR-15 rifles are chambered for 5.56, which means they can also safely shoot the cheaper .223 cartridge.

Cheap, fast, and easy to shoot, .223/5.56 ammo is readily available, delivers nice long-range accuracy, and does a number on varmints, wild hogs, and coyotes. Find cartridges with a suitable projectile, and .223/5.56 can also be used for home defense.

While it may not feel particularly exciting, choosing to feed your AR standard .223/5.56 cartridges has plenty of advantages. They remain the standard MSR cartridge for good reasons.

If you want blistering velocities from your AR, the .22 Nosler is a prime candidate for the job. This hotrod cartridge pushes 55 grain projectiles up to a sizzling 3,500 feet per second.

Nosler accomplished this feat of speed by designing an entirely new cartridge. The .22 Nosler features a rebated rim case which allows a fatter cartridge body to match a standard diameter bolt face. This design leaves more room for powder, which translates to more speed and flatter trajectories.

When it comes to long-range, the .22 Nosler excels.

.22 Nosler is a proprietary cartridge. Produced only by Nosler, these cartridges can put a serious strain on your bank account.

Converting a standard AR-15 to .22 Nosler also comes with some major expense.  You’ll need to trade in your standard magazines and either swap out your barrel or upgrade to a complete .22 Nosler upper receiver. While you’re at it, get your gas system re-tuned, too. 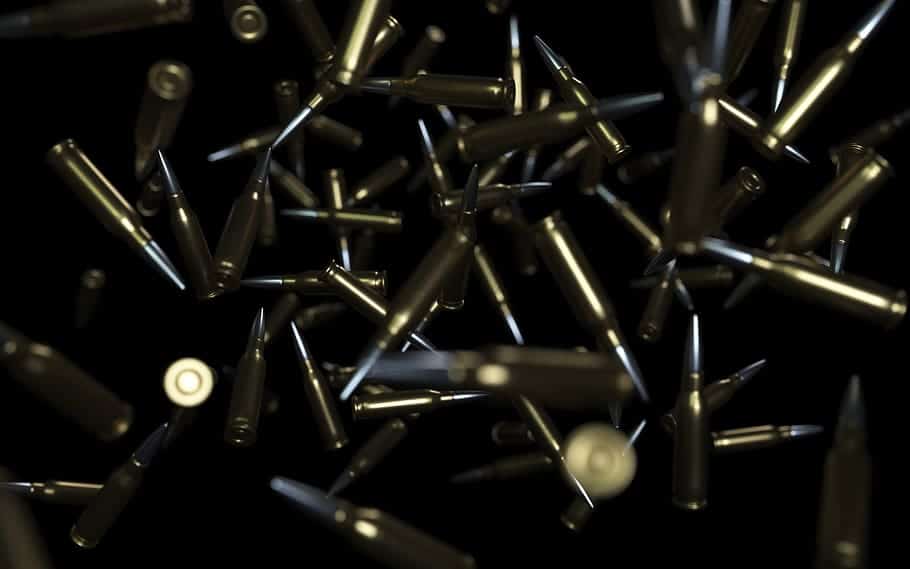 Perhaps the most popular alternative cartridge for the modern sporting rifle, .300 BLK features a .223 case with the neck blown out to accommodate a hefty .30 caliber projectile. Although a nice little cartridge for shooting hogs and whitetails within 100 yards, the .300 BLK drops drastically and sputters out after about 250 yards.

The .300 BLK delivers its best performance out of a 9-inch barrel. In fact, this is THE best cartridge for short barreled ARs, especially when paired with a suppressor. Slap on a suppressor, pair it with some subsonic ammo, and the loudest sound you’ll hear is the clapping of the bolt.

This quiet shooting makes the .300 BLK well-suited for home defense.

Converting your MSR to .300 BLK doesn’t take a whole lot of effort. All you need is a barrel change. You can keep your magazines, bolt, and lower receiver.

As .300 BLK has gained some well-deserved popularity, ammo prices have come down significantly. However, you should still set aside some extra room in your ammunition budget. .300 BLK rounds are still pricier than .223/5.56.

Born in North Carolina at the legendary Blackwater Training Facility, the 6.5 Grendel features a necked down 7.62×39 case (that’s the case used for the AK-47) to accommodate a .264 caliber bullet. 6.5 mm projectiles are revered for their ballistic performance. With high sectional density, 6.5 mm are highly aerodynamic, slow to shed velocity, and are less affected by crosswinds.

6.5 Grendel is a capable round for hunting whitetails and other similarly sized game out to 300 yards. Highly accurate at longer ranges and producing significantly less recoil than a 7.62 NATO, 6.5 Grendel cartridges also work well for competition shooting.

Expect to fork out some major cash for 6.5 Grendel ammunition. Finding proper magazines can also be problematic and requires another significant investment. Plus, you’ll need to replace your barrel and your bolt.

Upgrading your AR-15 to 6.5 Grendel won't be a cheap endeavor, but if you want a high-capacity venison rifle with minimal recoil, this is the way to do it. 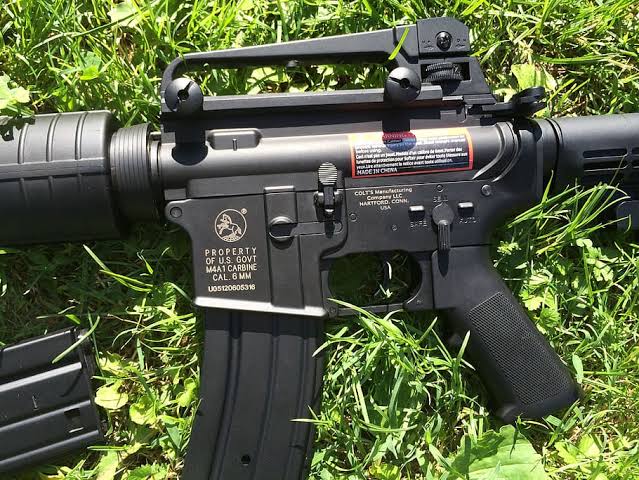 A great “middle of the road” cartridge, the 6.8 SPC was originally developed as a long-range option for the Army’s marksmanship unit. Featuring a .270 caliber bullet, the 6.8 SPC delivers 44 percent more energy than .223/5.56 rounds out to 300 yards. However, the real advantage is the increased ballistic coefficient and deeper penetration the 6.8 SPC provides.

Still, this cartridge is by no means a superstar. It has relatively mediocre long-range performance (especially beyond 300 yards), and lacks authoritative performance at moderate ranges. At long ranges, the 6.8 SPC pales in comparison to the 6.5 Grendel. 6.8 Grendel also outperforms the 6.8 SPC as a moderate range hunting cartridge. However, 6.8 SPC has its own dedicated fan base and deserves a mention here.

Developed for close quarters battle, the .458 SOCOM cartridge is a necked down .50 AE (think Desert Eagle) cartridge designed to fit a .458 caliber projectile. This cartridge is a beast that utilizes fast-burning powders and heavy bullets to deliver massive energy in a relatively small package. It also pairs perfectly with subsonic rounds and suppressors.

The biggest advantage of .458 SOCOM is the wide selection of bullet designs available. With bullet weights ranging from 140 grains to a monstrous 500 grains, the .458 SOCOM is one of the most versatile options for your modern sporting rifle.

You are going to need a new upper, barrel, and bolt, and the ammo is anything but economy priced. However, if you want to hit targets with some massive energy, .458 SOCOM is worth the investment.

If you want a cartridge large enough to smash even the toughest targets, the .50 Beowulf packs a big enough wallop to stop anything running on legs (or wheels) that you’re likely to encounter in North America.

This big bore cartridge is a great option for annihilating targets (and impressing your range buddies). However, shooting .50 Beowulf is going to do a serious number on your shoulder and your wallet, too.

Designed to stop vehicles at security checkpoints, .50 Beowulf uses a rebated rim sized to match that of 7.62×39 mm and 6.5 mm Grendel. A proprietary cartridge from Alexander Arms, this massive cartridge moves slow but hits heavy. For hunting, you’ll want to get up close and personal with the game you’re after. You should also choose ammo that features expanding projectiles to dump that monumental energy into your target.

If .50 Beowulf tickles your fancy, be prepared to dump a ton of cash in ammunition. Each cartridge is going to cost you close to two dollars (or significantly more). Although less than the average cost of .458 SOCOM, you’ll also need to replace your upper receiver, bolt, barrel, and magazines. 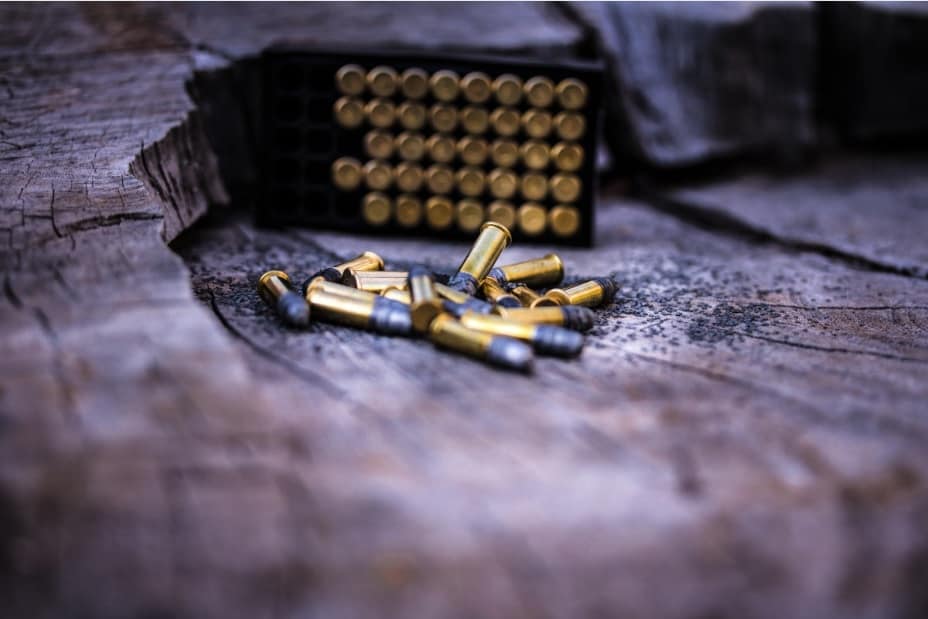 The cartridges listed here are by no means the only alternative options for the AR-15. While cartridges like 7.62x39 mm, .224 Valkyrie, and .25-45 Sharps (among others) are valid options, we’ve tried to cover the most popular options. The cartridges on our list are what we consider the top contenders.

Choosing the best alternative cartridge for your AR-15 is largely a matter of preference. You will need to consider how you intend to use your MSR and find the right balance of affordability, availability, and performance to meet your shooting needs.

Some of these cartridges are not readily available, but may be worth the extra effort required to load your own.

Of course, you can always stick with the tried and true .223 Remington and 5.56 NATO. And if you absolutely must have something with more power, consider investing in an AR-10. Typically chambered for the more powerful and highly accurate .308 Winchester, the AR-10 offers much of the same easy shoot-ability as its cousin, the AR-15, only with a lot more stopping power.