Not all ammunition is created equal, even within the same caliber.

On the corner of your boxes of ammunition, you may have spotted acronyms such as FMJ, JHP, SP, or SWC. Each of these terms refers to a projectile type.

Using a different projectile type significantly changes the performance of your ammunition. Therefore, it is critical to understand what each of these acronyms means and what each type can do.

You may be asking yourself, “Why does the projectile type matter so much?”

After all, as long as the ammunition you load is of the same caliber as your firearm, it should work just fine, right?

The answer is that it’s not as simple as that. Yes, in theory, if the label on your box of ammunition says .45 ACP, it should fire in a gun with a .45 ACP barrel marking. However, different projectile types may exhibit differing behaviors, from the moment you load them into your firearm to how it behaves inside the target. Knowing what each projectile type can do allows you to use the most efficient ammunition for typical applications, such as hunting or personal defense.

Pistol and rifle cartridges share many of the same bullet types and related terms and acronyms. Below are some of the most commonly seen types, which you’re likely to see at any gun store or online retailer.

Full Metal Jacketed bullets are the most common projectile type seen in pistol and rifle cartridges. Alternative names include ball or hard-ball. 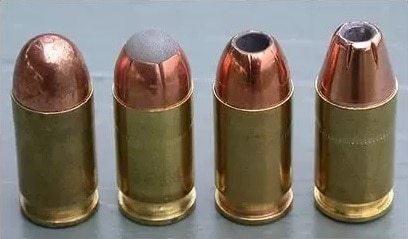 When the bullet tip has a rounded appearance, it is round-nose (RN). Some manufacturers label their ammo FMJ-RN. Other commonly-seen FMJ bullets may feature flat (FN) or pointed (spitzer) noses.

The jacket’s purpose is to encase the relatively softer lead core into a hard shell, protecting the barrel from lead fouling and allowing the bullet to reach high velocities without deforming.

Hollow-point bullets are typically seen in pistol cartridges, although some rifle-caliber hollow-points also exist. Instead of a round or pointed nose, all hollow-point ammunition features a cavity inside of the tip. Upon impact, that cavity causes the bullet to expand significantly. 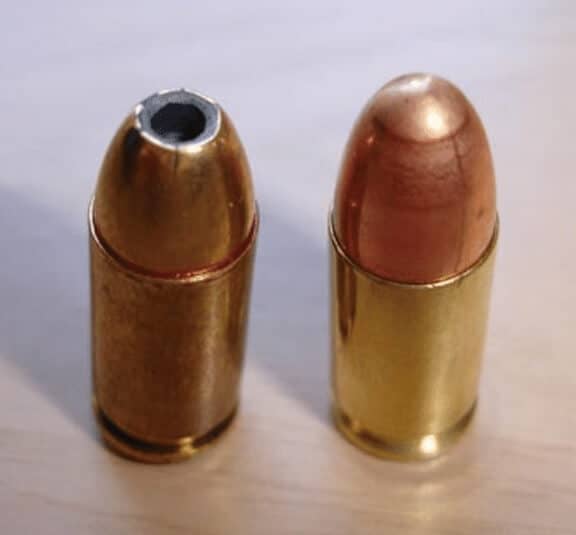 Compared to FMJ, HP bullets trade penetration for expansion, making wider but shallower wounds. Using HP also helps avoid or minimize the phenomenon of over-penetration during self-defense scenarios, which causes the bullet to pass entirely through the intended target, endangering innocent persons behind.

Most modern HP ammunition is jacketed hollow-points (JHP), featuring a jacket similar to the one seen in FMJ bullets and giving it the same benefits.

Certain revolver ammunition may instead feature semi-jacketed hollow-points (SJHP) or even fully unjacketed (bare lead) hollow-points. Semi- or unjacketed bullets are theoretically capable of expanding more than JHPs, although the difference is very minimal.

Soft point bullets are typically seen in rifle-caliber cartridges. In contrast, pistol-caliber soft points are relatively rare. Soft points feature the same profile and overall shape as FMJ bullets but feature partial jacketing at the nose, leaving exposed lead at the tip. Upon impact, the soft tip causes the bullet to deform like a hollow-point, but to a lesser degree. 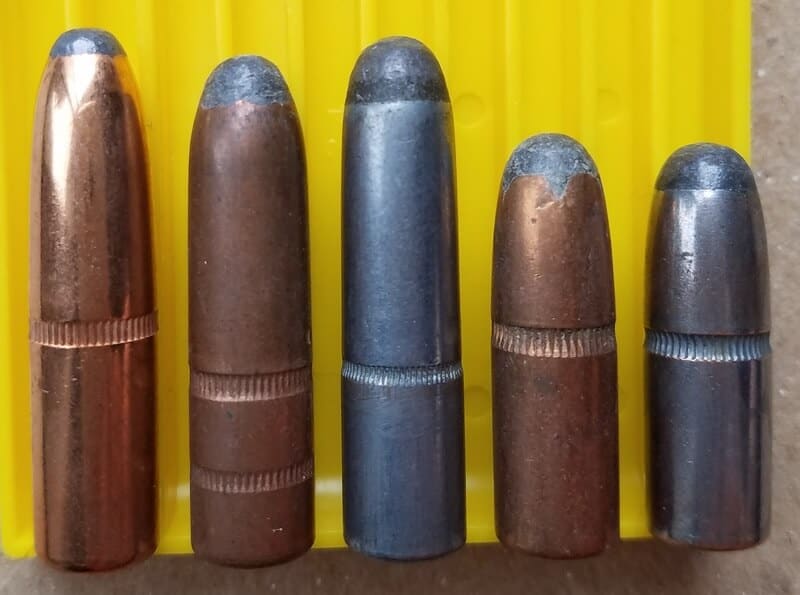 In terms of performance, soft points are a sort of middle-ground between the dramatic expansion capabilities of a JHP and the penetration capability of an FMJ.

The term wadcutter refers to a particular family of projectiles primarily intended for target shooting. Wadcutters leave clean, round holes instead of ragged shapes into paper and cardboard targets.

Wadcutters are exclusively used in handgun cartridges, especially revolver cartridges, with a small minority of semi-automatic pistol cartridges featuring them. 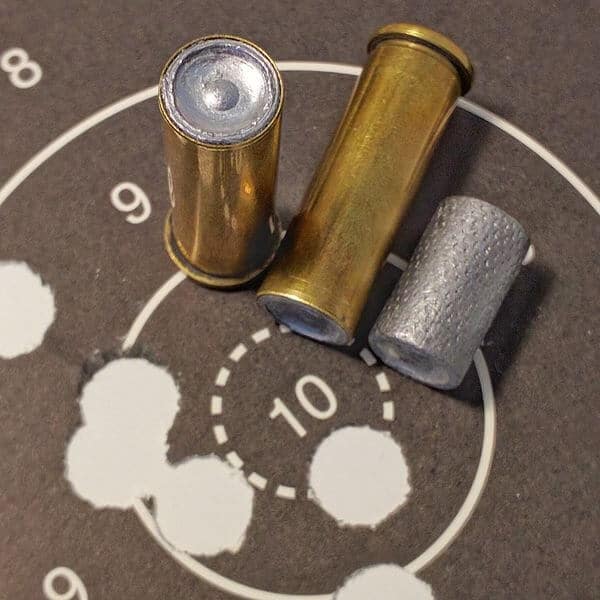 The original full wadcutter (WC) is an entirely cylindrical bullet, which may feature a hollow base (HBWC) or be solid on both ends (Double-Ended Wadcutter, DEWC). Full wadcutters can only be used in revolver cartridges, as they cannot feed reliably in semi-automatic pistols.

The most common wadcutter bullet type is the semi-wadcutter (SWC).

SWC bullets feature a cylindrical base of the same diameter as the bore, and a meplat, a conical tip with a wide flat nose. This bullet construction helps with feeding and cycling in semi-automatics while still producing clean holes in targets.

Wadcutters are typically unjacketed, featuring high bullet weights and hard lead castings to compensate for the relatively low velocity of handgun cartridges. These properties made them desirable by some shooters for hunting or defense against dangerous animals. Most “bear load” ammunition are powerful cartridges tipped with SWC bullets.

Frangible ammunition is a unique projectile type for pistol and rifle cartridges, intended mainly for practice and training. There is no standard acronym for frangible bullets. 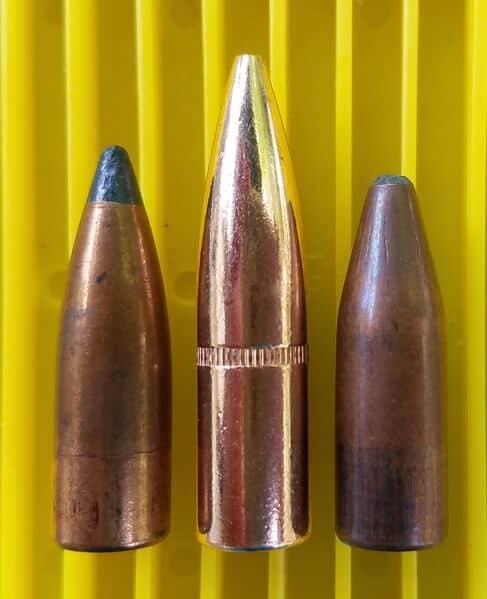 Although the specific construction of a frangible bullet may vary widely depending on the manufacturer, the term generally refers to a projectile designed to disintegrate upon impact. This property eliminates the risk of ricochet or projections of bullet fragments, making it safe to shoot on hard surfaces (such as steel targets) at very close distances.

Modern frangible ammunition typically employs a plastic or synthetic jacket in a bright color (usually red or blue), making it easier to differentiate from other projectile types.

Which Ammo Types Should I Use?

A particular projectile may be better suited for some applications than others. Knowing when to use the best types for the most typical applications can help you make the best decisions when shopping for ammo. 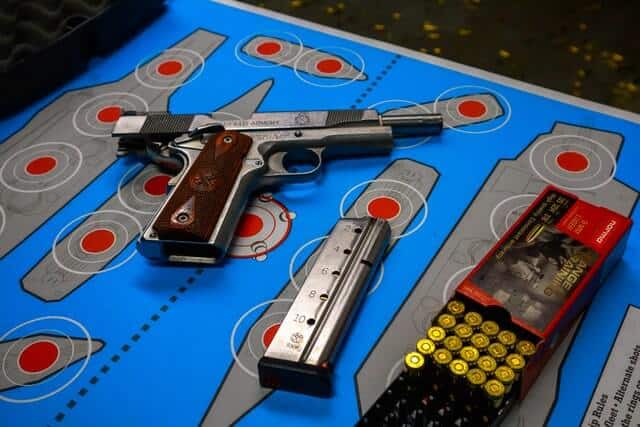 On a related matter, learn more about basic parts of an ammo on our in-depth guide. 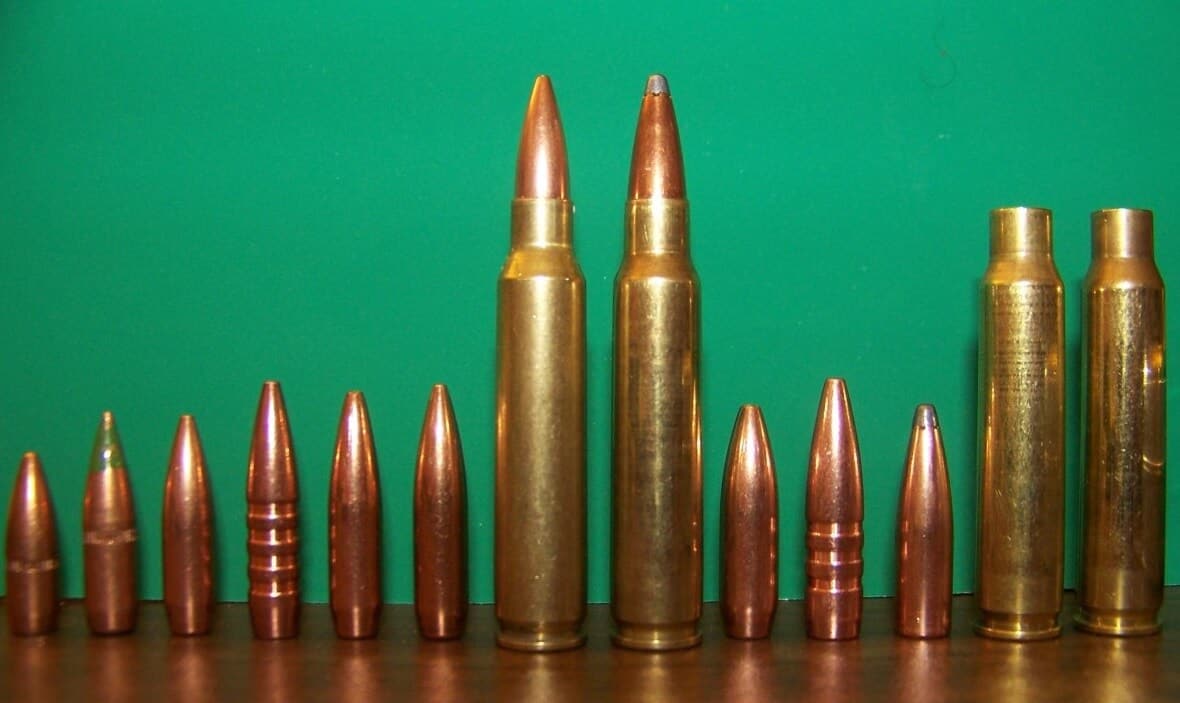 Knowing when to use the right projectile types allows you to make informed, reliable decisions when shopping for ammunition for your firearms. In the long term, this knowledge will help you save money and shoot more efficiently.