Ammo Basics: Parts of a Round

Ammunition is essential for any purpose you want to own or use a firearm — self-defense, hunting, competition, or recreation. Your understanding of what comprises a cartridge can help you choose the best type of ammo to suit your preferred application. However, there are numerous misconceptions regarding ammo to know first.

One of the most persistent is regarding stopping power. This is highly controversial among firearms enthusiasts and shows no sign of being settled. This is where the infamous 9mm vs. .45 debate originated. Shooters typically use stopping power to mean a cartridge load’s ability to incapacitate a determined assailant. While caliber and bullet type does matter, shot placement is the most critical part of this equation.

If you’re interested in owning or carrying a gun for self-defense, understanding how ammunition works goes a long way toward demystifying the subject. This allows you to select the best type of ammunition for the job.

What is a Cartridge?

Modern handgun and rifle ammunition consist of cartridges. A cartridge or round is a single unit of ammunition, assembled by hand or factory, comprising the following four components: Bullet, powder, primer, and case. While it’s common to hear people refer to cartridges as bullets, these terms are not interchangeable. The bullet is the only part to leave the barrel (other than powder gases).

The bullet is the projectile, which is driven through the barrel by high-pressure expanding gases. The type of bullet that you need depends on the application. If you need self-defense ammunition, jacketed hollow-point bullets (JHP) are the standard. These are designed to expand in soft tissue, increasing the permanent wound cavity diameter and reducing penetration.

Bullets are made from various materials and tend to be composed of a core surrounded by a jacket.

The most common jacket material is copper, but cupro-nickel, brass, and mild steel are also available, among other materials.

The core is usually made from lead. The jacket protects the soft lead core, which has a low melting point, from friction and heat. It also protects the barrel from lead fouling.

In rimfire firearms, take care when snapping for practice (i.e., dry firing). In some models, the firing pin will strike the barrel face, leaving a mark. In some centerfire handguns with wrought-iron firing pins, such as the CZ 52, dry firing can be potentially damaging.

When ignited by the primer, propellant charge or gunpowder burns, producing expanded gases that drive the bullet through the barrel. In the 17th and 18th centuries, blackpowder was the propellant of choice. In the late 19th century, smokeless powder was invented. Smokeless powder is not truly smokeless, but most of its combustion products are gaseous rather than solid. 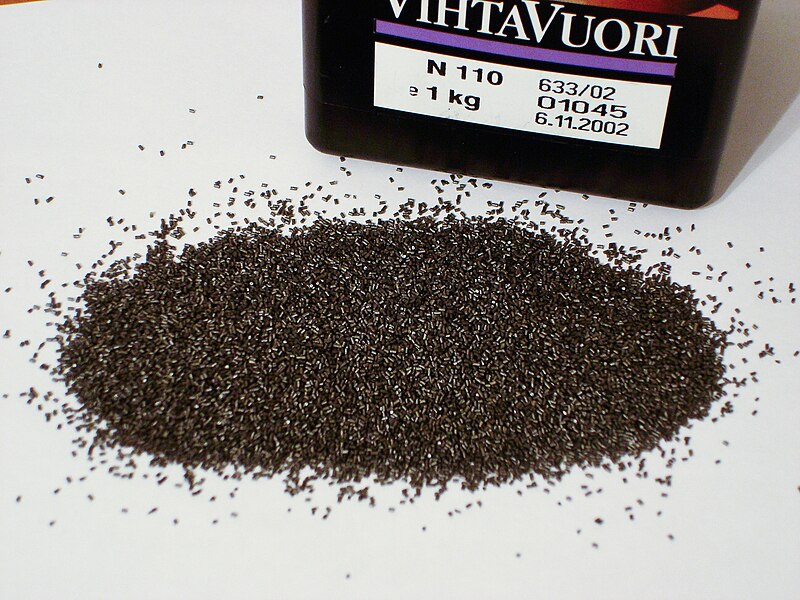 This ensures that smokeless powder won’t obscure the target when you fire, increasing visibility. The type of powder you need depends on the type of firearm and the cartridge.

The cartridge case, also called the shell, holds all the other components together into a durable, self-contained package for transport and storage. It also protects the powder from moisture and acts as a heat sink by carrying heat away from the chamber in self-loading firearms.

When you fire a round, the propellant gases expand the case in the chamber, sealing the breech.

By sealing (also called obturating) the breech, the case maintains pressure in the bore behind the bullet. Cartridge cases are usually made from brass, but other metals, such as steel, are also used.

While shotgun ammunition is composed of the same four components as rifle and handgun ammo, there’s also often a fifth: The wadding. The wadding separates the propellant charge from the shot.

You may have heard the term buckshot because this is one of the most popular shotgun ammunition types. However, shotgun shells are normally loaded with three different types of ammunition. These are the following:

Birdshot pellets range in size from 0.10 and 1.5 grains (#7) to .19 caliber and 10.2 grains (BBB). As these pellets are small and numerous, they’re used extensively for hunting flying and fast-moving animals (hence the name). Gun owners consider birdshot inadequate for self-defense because of its limited penetration and wounding power against humans.

At roughly 54 grains per pellet, this equates to a 486-grain payload — more than an ounce of lead. Private citizens, law enforcement, and military personnel routinely use buckshot for defensive or tactical applications.

A single, solid projectile, this is the shotgun equivalent of a bullet. Slugs are large and heavy — good for hunting and defense against dangerous game (e.g., black and brown bears). However, if you want to use slugs for home defense, exercise caution. Slugs can be highly penetrative of interior walls. While slugs are usually made from exposed lead, they can also be jacketed.

What to Do Next?

With a firmer grasp on ammunition, you can make a more informed decision regarding the type of ammunition to use. This can include further investigating bullet types for hunting and self-defense.

If you want to handload ammunition, you’ll need to develop a thorough working knowledge of cartridge components and how they interact with each other.

When you’re selecting ammo for your firearm, know the parts that comprise a round. This will help you determine exactly what you need for your gun or handloading setup.

Bullet weight is also a factor to look into when investigating ammos.

For more related topic, learn more about pistol calibers on our definitive guide.