Whether you’re new to handguns or an experienced shooter, the caliber you choose can make a significant difference to your ability to defend yourself, hunt, or win trophies. Every caliber has its strengths and drawbacks, so it’s worth investigating the best options on the market.

Which Pistol Caliber is Best?

There is no right pistol caliber for every shooting task. If you intend to buy a handgun for self-defense, target practice, or hunting, you should know what caliber is best suited for that purpose. There are many pistol calibers to choose from, so it’s important to understand the basics to make an informed decision.The last thing you want is to invest in a new pistol to learn later that the caliber it fires is inadequate for your needs. 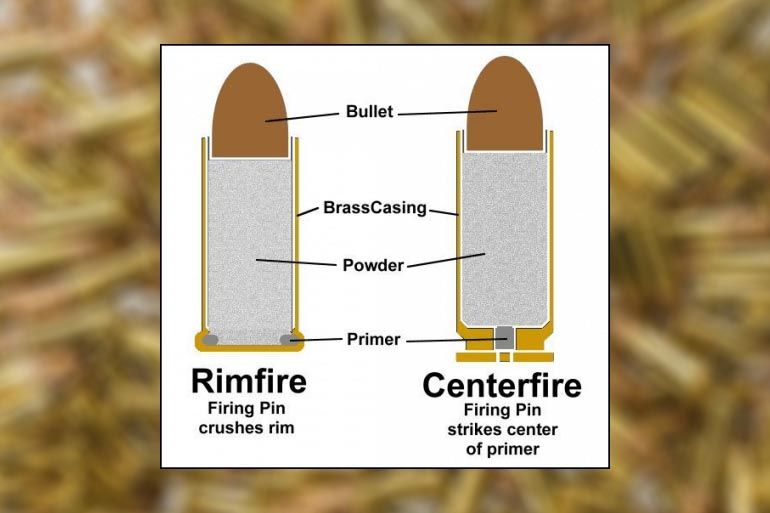 The primer is the first part of the ignition chain. When you squeeze the trigger, the firing pin strikes the primer, crushing it. As the primer contains an impact-sensitive explosive, this detonates it, igniting the propellant charge.

Centerfire cartridges are more reliable, suffering fewer misfires. They also tend to be more powerful. As a result, centerfire pistol calibers are the preferred choice for self-defense. Rimfire rounds are lighter caliber and less expensive, so they’re used for varmint hunting and plinking.

John Browning designed the .380 ACP in 1908. Since then, the cartridge has been popular as a self-defense round in highly concealable compact and subcompact handguns. While this round is by no means a powerhouse, it allows you to carry a light weapon with minimal recoil.

Georg Luger, who designed the eponymous Luger pistol, also designed the 9mm cartridge in 1902. This is by far the most popular centerfire pistol cartridge in the world. It’s also the default cartridge for submachine guns. This round balances reasonable power, moderate recoil, and high magazine capacity. As a result, the 9mm is the default choice for self-defense, law enforcement, and military service.

The first handgun to fire the 10mm Auto cartridge was the famous Dornaus & Dixon Bren Ten. This pistol, introduced in 1983, was ultimately a failure because of production setbacks. However, the 10mm round gained a popular following due to its power and silver-screen presence on the TV show Miami Vice.

In 1990, the FBI adopted a service pistol chambered in a reduced-pressure 10mm load. In its full-power loadings, the 10mm Auto cartridge can exceed the performance of the .357 Magnum but in a semi-automatic pistol.

Development of the .45 ACP cartridge, also called the .45 Auto, began in 1905. However, it wasn’t until 1911 that the U.S. Army adopted it. Having served the United States in World War I, World War II, the Korean War, and the Vietnam War, among other skirmishes, the .45 ACP has a battle-proven legacy.

In 1985, the .45-caliber Beretta M9 replaced m1911A1 as the standard sidearm of the U.S. armed forces. However, it continues to endure in the hands of private citizens. Prized for its stopping power among big-bore enthusiasts, the .45 ACP is used extensively in self-defense and competitive target shooting.

Introduced in 1935, the .357 Magnum is derived from the .38 Special but lengthened. The .357 Magnum propels the same weight and diameter bullets at considerably higher muzzle velocities.

The increased length prevents the .357 Magnum cartridge from being chambered in .38-caliber revolvers, which cannot handle the significantly increased chamber pressure. However, you can fire .38 Special cartridges in .357 Magnum revolvers, allowing for less expensive and lower-recoil target practice.

Eclipsing the .44 Magnum in muzzle velocity and kinetic energy, this round is not for the faint of heart. However, its power allows it to be a versatile hunting cartridge. The .454 Casull, along with the .460 Smith & Wesson Magnum, is also an excellent choice for defense against brown and grizzly bears.

The primary reason to investigate pistols calibers, as with rifle calibers, is to determine what round fulfills your requirements. If you need a caliber for self-defense, you need to balance several considerations. These include portability, controllability, capacity, and power.

The 9mm, .40 S&W, .45 ACP, and .357 Magnum cartridges are excellent self-defense choices. Though 9mm is the most affordable and widely available handgun caliber.

The .44 Magnum and .454 Casull cartridges primarily serve two purposes — hunting and defense against dangerous game. Although these cartridges can be used for self-defense against humans, this is not practical. If you want to keep a handgun in your home or vehicle for self-defense, concealability may not be a priority. Under those conditions, you can opt for a full-size handgun.

As the concealability increases, there is less gripping surface. The result is less control regarding recoil.

To be better understand the anatomy of bullets, check this article about basic parts of ammo.

With such a wide variety of pistol calibers to choose from, it’s worth taking the time to learn more about ammunition. It will save you time and money in the long run when you choose the best ammo type for your needs.

You can also check out our high-quality Ruger 10/22 ammo review.