Ammo Types Compared: When to Use What Ammo

Regardless of the type of firearm that you own, the ammunition you need depends on what you need it to do. There is a bullet type for every specialized field and some for general use.

Why Does the Ammo Type Matter? 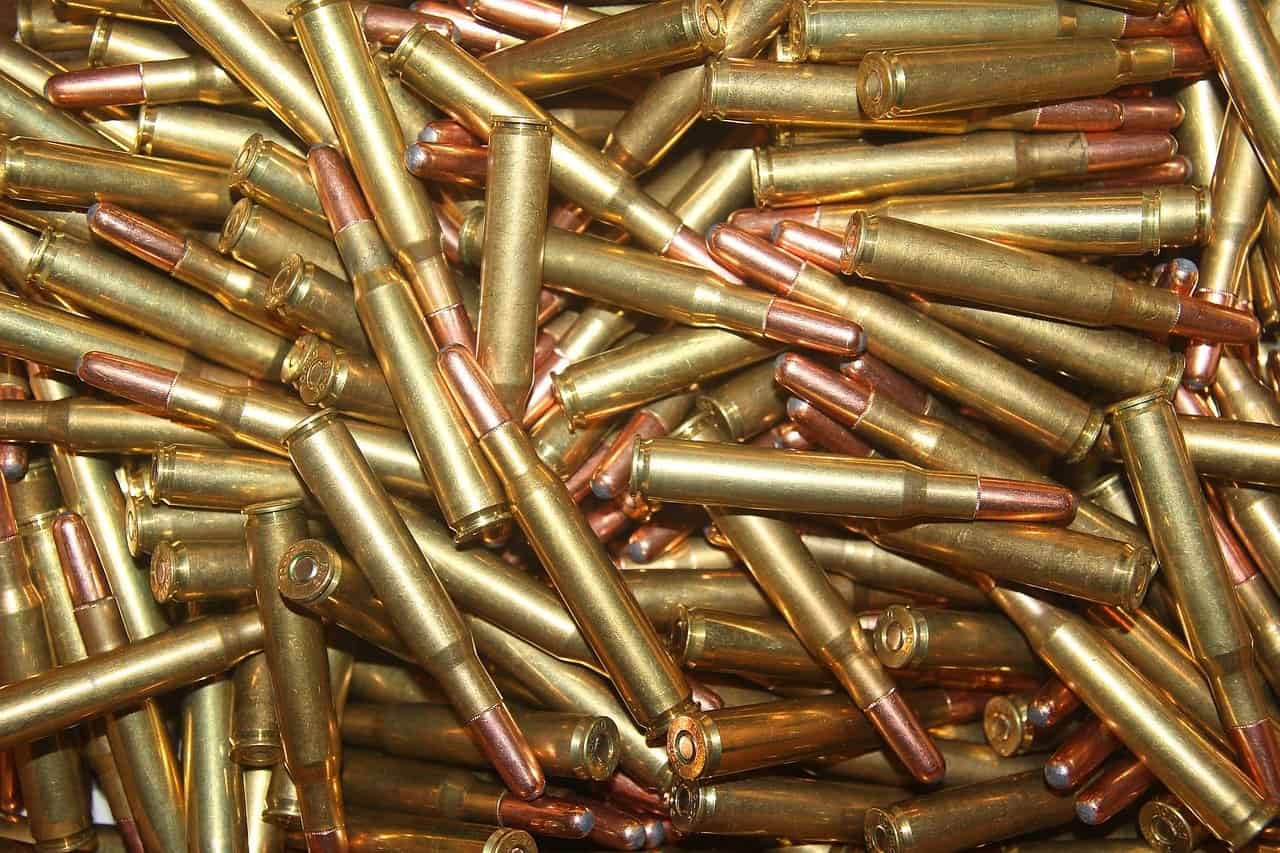 A cartridge consists of four parts: the bullet or projectile, a propellant powder charge, a primer, and a cartridge case to hold them all together. The bullet is the part that leaves the barrel and delivers kinetic energy to the target.

Its design can affect a number of factors, such as reliable function in the weapon, stability and accuracy in flight, and terminal performance in the target. Consequently, it’s important you understand some of the ammo types and what they’re used for to select the correct cartridge load for your intended application.

The ammo types available reflect a variety of intended uses. Some bullets are designed for specialized applications, such as long-range precision target shooting. Others are designed strictly for anti-personnel use.

A Word on Pressure

The type of ammunition that you use will depend to some extent on your intended application. Typical ammo types include:

Full metal jacket ammunition, also known as ball, consists of a round-nosed or spitzer bullet with a core enclosed in a jacket. The core is usually soft lead and the jacket is composed of a harder metal, such as copper, cupro-nickel, a copper-zinc alloy, or mild steel. FMJ ammo is the standard bullet type used in military service rifles and is considered non-deforming.

As a result, it has the advantage of being more penetrative than bullets designed to expand or fragment. In some semi-automatic pistol actions, the hard, round point feeds more reliably. Among civilians, FMJ ammunition is mostly used for target shooting and range practice. However, in some rifle calibers, such as .223/5.56mm, FMJ bullets have a tendency to fragment in soft tissue, depending on the entry velocity and other factors.

The great thing about these ball ammo or commonly known as FMH is that it protects the barrel of gun which contributes to the longevity of the firearm.

The jacketed hollow point consists of a bullet with a cavity in its nose. When the bullet impacts a target, the medium — e.g., ordnance gelatin, soft tissue — enters the cavity and causes the bullet to expand, increasing its frontal surface area and effective diameter.

This expansion is also called mushrooming. As the bullet expands, it increases the diameter of the permanent wound cavity, crushing more tissue, reducing penetration, and transferring more kinetic energy to the target. JHP bullets are usually used for self-defense in handguns and some hunting applications in rifles.

The purpose of this design is to promote superior penetration and weight retention to the JHP while expanding more and penetrating less than FMJ. JSP is of limited value in handgun bullets, as the impact velocities are usually not high enough to cause reliable expansion (unless bone is struck).

The ballistic tip is a jacketed hollow-point bullet with a hard plastic insert in the tip. The purpose of the ballistic tip is to replicate the aerodynamic profile of a full metal jacket spitzer in a bullet that can reliably expand in soft tissue. Ballistic tips are also useful in lever-action rifles where the cartridges are loaded in a tubular magazine nose to tail.

The wadcutter is a cylindrical bullet with a flat nose common in revolver cartridges. The manufacturer or handloader usually loads the bullet into the cartridge case so that the bullet nose is flush with the case mouth. This type of ammo is designed primarily for precision handgun shooting, where clean round holes in paper targets assist with accurate scoring.

Wadcutter bullets are sometimes used for self-defense in snub-nosed revolvers where the barrel is not long enough to accelerate JHP bullets to the expansion threshold. That is, the impact velocity necessary for the bullet to reliably expand. Waductters, with their flat noses and sharp shoulders, crush more tissue than round-nosed bullets.

Somewhat resembling a jacketed hollow point at a glance, the OTM bullet has an open tip because the manufacturer pours the core into the jacket through the nose. This results in a highly uniform projectile composition, which increases flight and consistency stability between bullets in the same lot. OTM bullets are used in precision rifle shooting, law enforcement and military sniping, and long-range competition shooting.

Frangible bullets are typically composed of sintered or compressed powdered metal. These bullets are designed to disintegrate on impact with a range target, such as a steel plate, eliminating the risk of ricochet.

The tracer bullet is a projectile with a pyrotechnic charge in the base that the main propellant charge ignites on firing. This produces a brightly lit trail, allowing the shooter and others to observe the bullet’s trajectory. You’re likely to find tracer ammunition for sale as military surplus. Bear in mind that tracer bullets are prohibited on many firing ranges because they pose a fire hazard.

You should experiment with different ammo types to see which reliably cycle in your firearm, especially when selecting a cartridge load for self-defense. In semi-automatic pistols, there may be a break-in period of 100–200 rounds. You shouldn’t assume that the gun, or the ammunition, is necessarily unreliable due to a few stoppages.

Different ammo types may also cause your point of impact to shift. Be aware of this when changing ammunition on the range or in the field.

The type of ammo you choose will have a direct impact on your target. It also affects your accuracy and the reliability of your firearm. For these reasons, it’s important to make an informed decision.

What Is a Subsonic Ammo