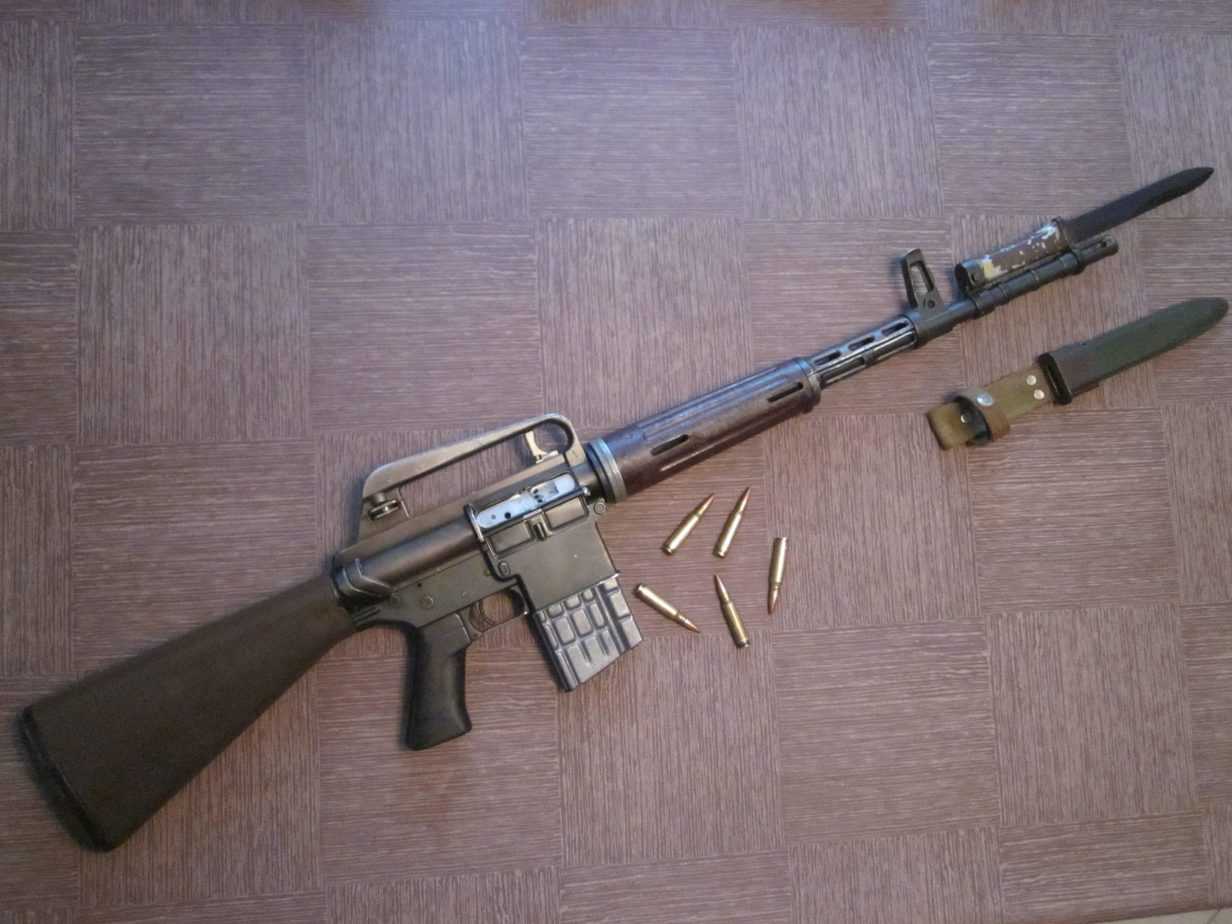 Most gun owners are familiar with the AR-15, sometimes nicknamed the “Black Rifle,” after its traditional color.

But did you know the AR-15 is not the only Black Rifle, nor is it the first? The AR-10, a similar yet very different rifle, came first. Find out what makes the two models different and whether one is better than the other.

The Precursor: The AR-10

Before explaining the AR-10 vs. AR-15 differences, here is a brief history of both rifles to help you understand their shared legacy.

In 1955, legendary American firearms designer and ArmaLite employee Eugene Stoner started designing prototypes for a new 7.62mm rifle. The same year, the U.S. Army’s trials and tests to replace the venerable but aging M1 Garand rifle were in full swing. 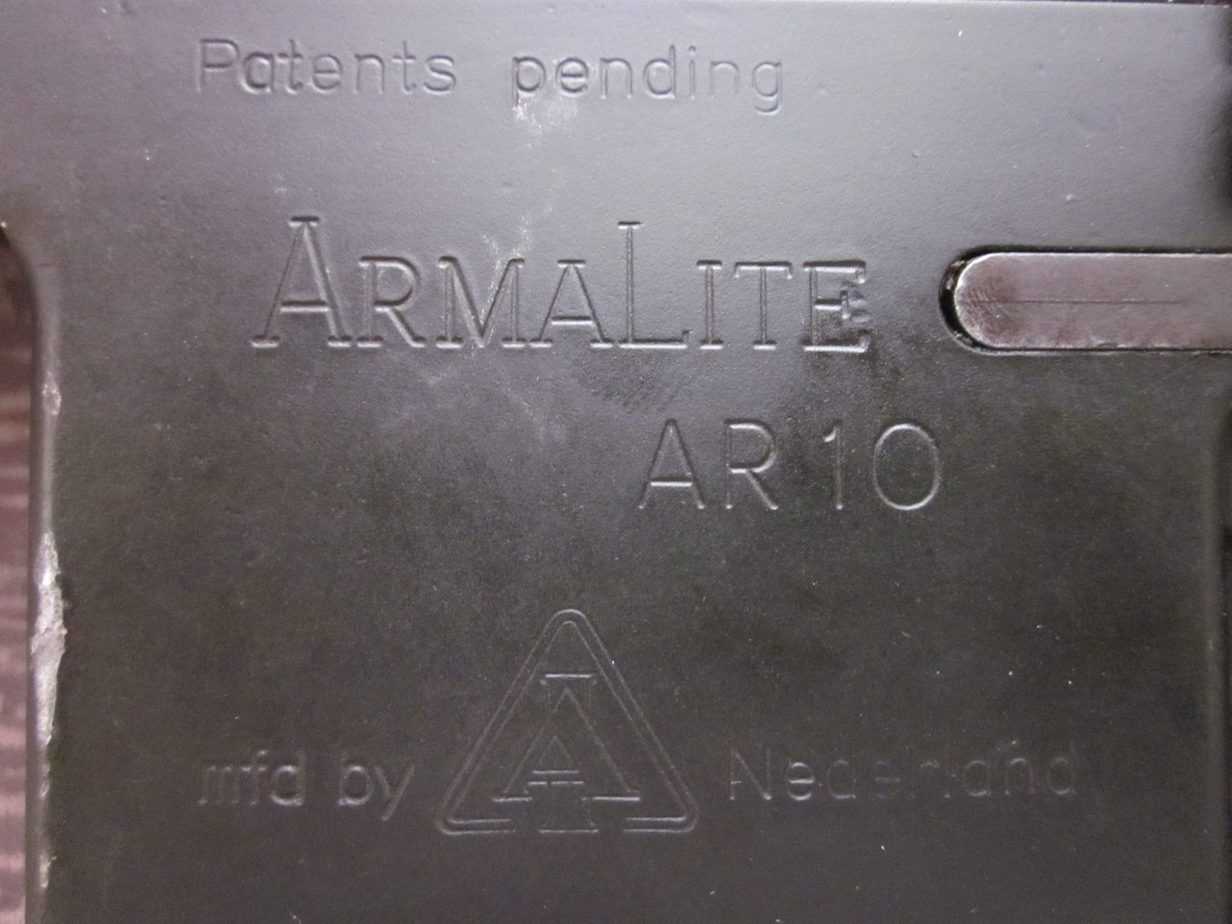 Despite garnering positive attention for its lightweight construction, Stoner’s design lost to the competition following a torture test incident, and the Army adopted the T44 rifle, type-designating it M14.

Despite failing to become America’s new service rifle, the AR-10 did prove that fighting rifles did not have to be made of wood and steel to be effective weapons.

ArmaLite and Eugene Stoner demonstrated that it was possible to create a functional weapon using Space Age materials and aerospace engineering expertise.

Although its design borrowed many features from other firearms, it features many other innovations, among which:

A small number of countries adopted the AR-10 as a military service rifle. Although well-appreciated by its users, it did not turn a profit for ArmaLite, who moved on to their next projects.

The Famous Successor: The AR-15 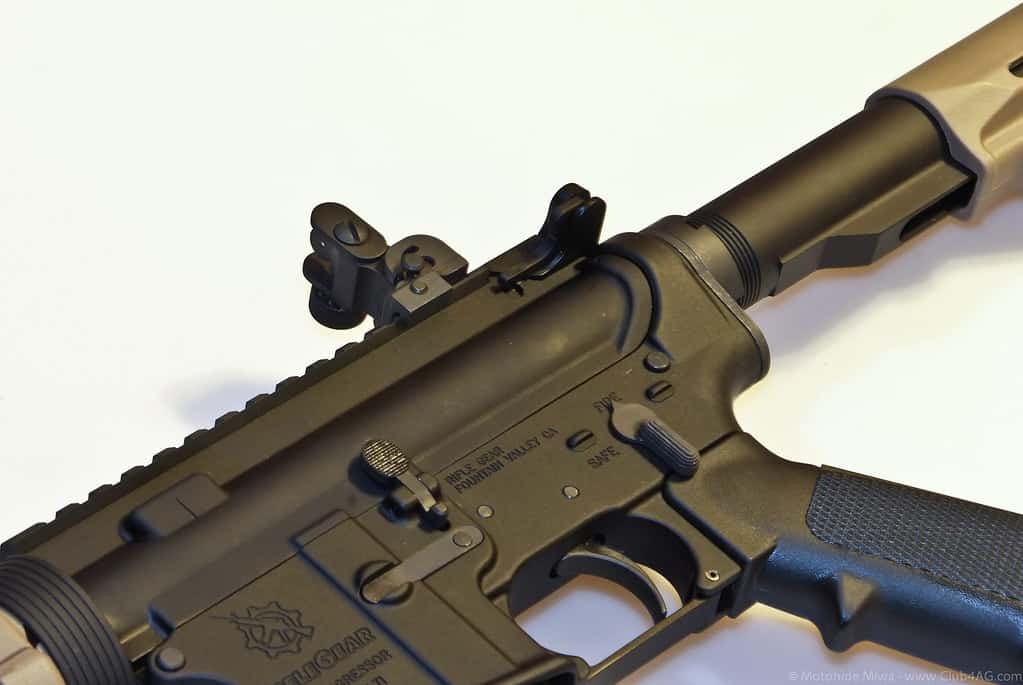 Despite winning the contract to replace the Garand, the M14 did not fare well in the Vietnam War. Designed to fight in open environments from 0 to 800 yards, all of the M14’s disadvantages came to light in Vietnam’s tighter jungle environments.

Although more powerful and longer-ranged than the Viet-Cong’s AK-47 derivatives, the AK was lighter, shorter, more maneuverable, more controllable, and held more ammunition in its magazine (30, to the M14’s 20).

The M14 simply wasn’t good enough. The U.S. Army needed a replacement that could compete with the AK.

General Wyman of the U.S. Continental Army Command (CONARC) requested research and development of a new weapon type: a light rifle, chambered in a small-caliber, high-velocity (SCHV) cartridge. It had to meet the following criteria:

In response, ArmaLite started developing the AR-15 as early as 1956, involving their top engineers Eugene Stoner, Jim Sullivan, and Bob Fremont in the project. The team had to create both the rifle and the cartridge, using the AR-10 and the .222 Remington as starting points.

The new rifle was the AR-15, and the new cartridge was .223 Remington.

ArmaLite submitted the new .223-caliber rifles for testing by CONARC, which found that not only can the average soldier carry three times more ammunition with an AR-15 compared to the M14, they also found out that a 7-man team with the new rifles had the firepower and hit capability of an 11-man squad with M14s.

Although initially denied for adoption in 1959, forcing ArmaLite to sell the AR-10 and the AR-15 to Colt to avoid insolvency, the AR-15 under Colt eventually found success, with the U.S. Air Force adopting it in 1960, and the U.S. Army in 1964, becoming the now-legendary M16 rifle.

Modern versions of the M16 and its carbine derivative, the M4, are still the standard service weapons of the U.S. military to this day. Currently, the U.S. military is phasing out the M16 in favor of the M4, preferring the carbine’s shorter dimensions. 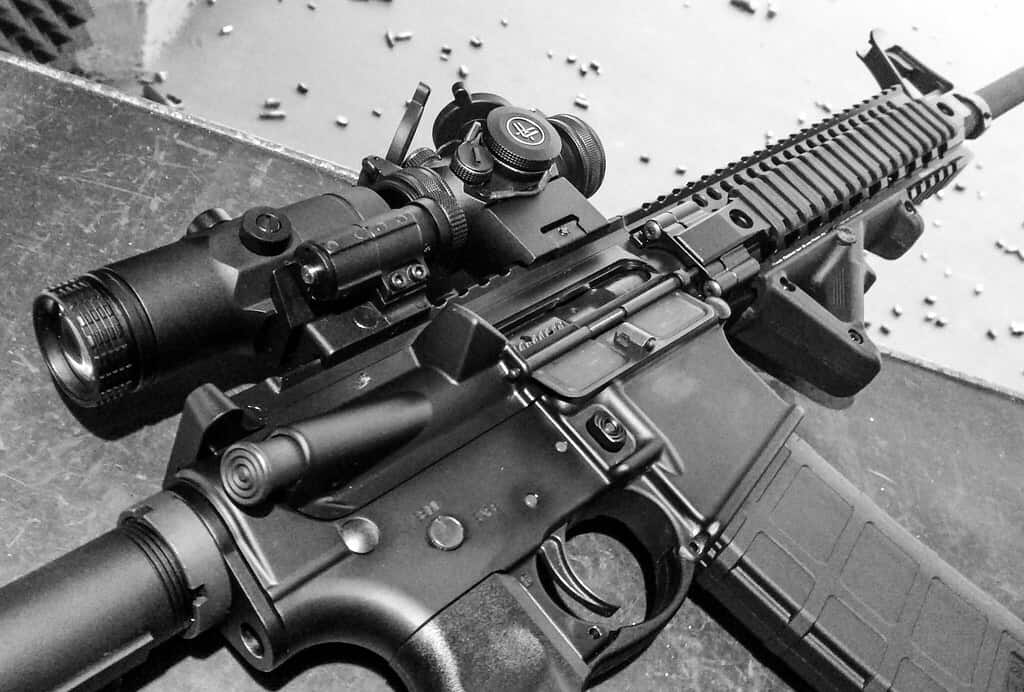 Related Article: How to Shoot an AR-15

Although different in chambering and intended purposes, the AR-10 and the AR-15 are both Eugene Stoner’s brainchildren, arguably his most famous creations.

Together, they are a keystone advancement in firearms technology, representing the transition away from traditional wood-and-steel rifles and towards materials of the future.

Today, the two Black Rifles continue to coexist, each fulfilling a different purpose.

The AR-10 is now an excellent semi-automatic hunting and precision shooting platform. Conversely, the AR-15 is now the standard light rifle, suitable for home defense, competition, and tactical applications.

Regardless of their difference, it can't be denied that AR-15 is the most popular nowdays compared to AR-10 and here's the reason why.