The AR-15 Carry Handle: Is it Really For Carrying Your Rifle? 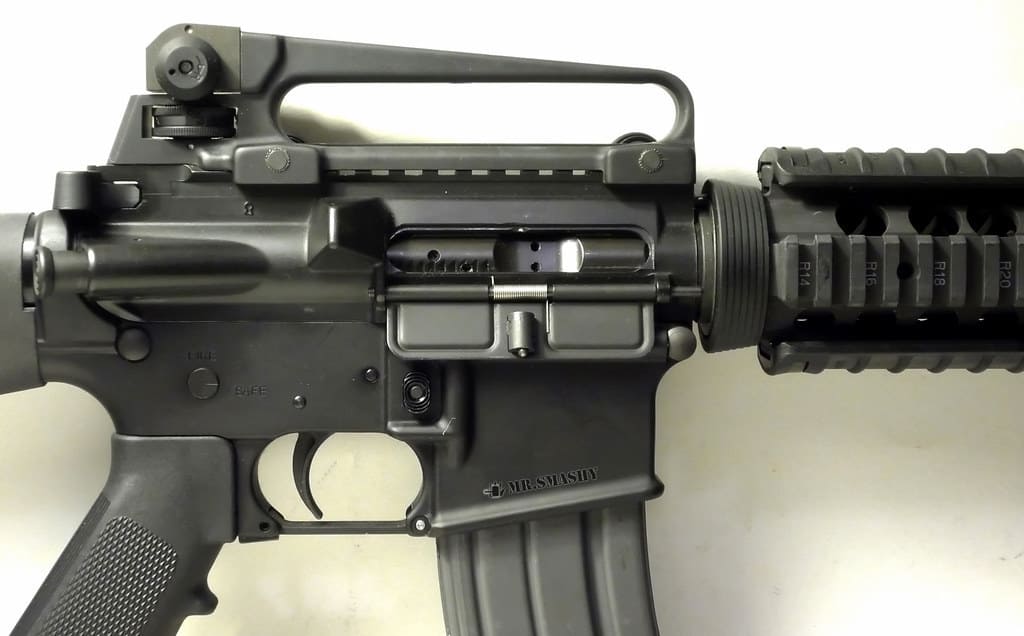 The AR-15’s carry contributes to the rifle’s classic appearance but isn’t as common in the 21st century as it once was. What is the AR-15 carry handle for?

For carrying a heavy weapon, the addition of a carry handle is sensible, especially if the rifle or machine gun’s overall length renders the use of a sling impractical. This type of carry handle, mounted to the side of the gun, can be seen on such classic weapons as the M1918 Browning Automatic Rifle (BAR) and M60.

However, the purpose of the AR-15 carry handle has been the subject of an ongoing debate for years. Is it strictly a carry handle, or does it serve another purpose?

In the AR-10 and early AR-15 prototype design, the charging handle reciprocated in a longitudinal slot milled in the top of the upper receiver. In addition, the innovative straight-line construction of the rifle necessitated the elevation of its sights to compensate.

By housing the rear sight assembly and elevating it in relation to the top of the receiver, the carry handle ensures the shooter can acquire a sight picture and achieve a consistent stock weld. It also served to protect the original trigger-shaped charging handle, although this purpose is no longer relevant. 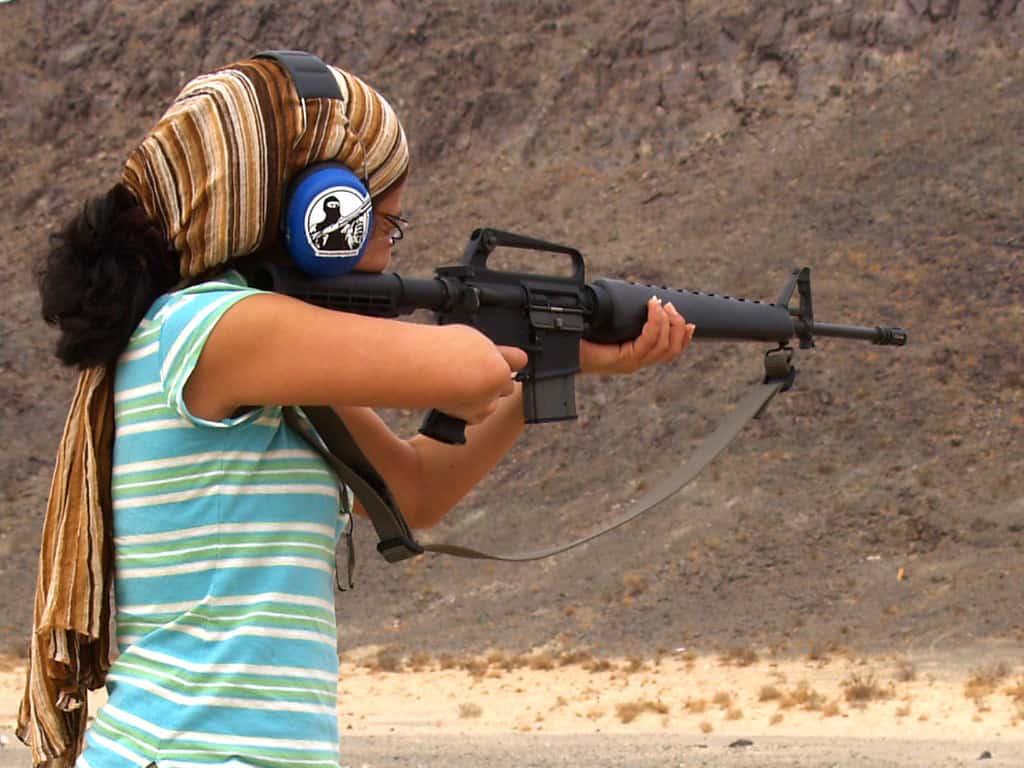 A variety of carry handle types are available for AR-15-pattern weapons. These fall into two categories:

In AR-15 rifles that conform to the A1 and A2 variants, the carry handle is fixed and integral to the aluminum upper receiver forging. In fixed carry-handle designs, if you want to attach an optical sight, you need to use a separate mount.

The M4 carbine adopted the year prior features a flat-top upper receiver with the then-new accessory rail and a removable carry handle that you attach using two thumb nuts. The handle still houses the rear sight assembly; however, the handle also possesses a noticeably lower profile than its predecessors. The M16A4 service rifle also features this type of carry handle.

The A1 carry handle contains a dual-aperture rear sight adjustable for windage only — the windage wheel is located on the right side of the carry handle. You adjust the elevation using the tip of a cartridge to depress a spring-loaded detent and rotate the front sight post.

The A2 rear sight assembly is a dual-aperture design; however, unlike the A1, the A2 is adjustable for windage and elevation. The elevation dial or drum sits under the aperture sight. Introduced in the M16A2 service rifle, hence the common designation, this assembly continues to see use in the M4A1 carbine.

​Do You Need a Carry Handle? 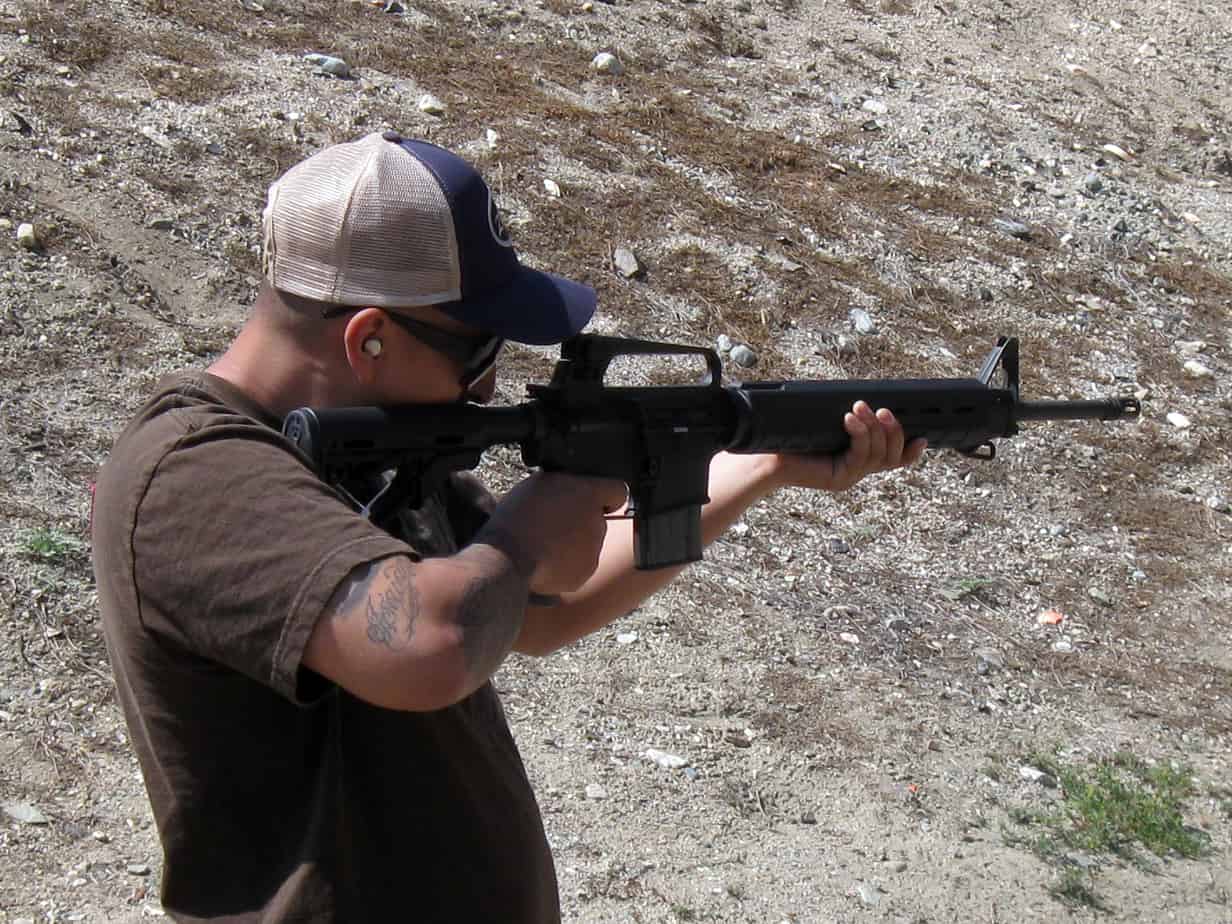 Ultimately, it’s doubtful whether you need an AR-15 carry handle. The fixed carry handle is obsolete from a military perspective, and the detachable carry handle has fallen out of general use.

If you need a way of carrying the rifle, the carry handle is an inferior choice compared to a two- or three-point sling. The detachable carry handle that you see on the M4 carbine also leaves less space for your hand than the A1 and A2 variants. The carry handle also requires the use of one hand, whereas a sling leaves your hands free.

However, one of the principal advantages of fixed and detachable carry handles is that they protect the rear sight assembly from impact.

If you’re trying to shave as many ounces off your rifle as possible, the carry handle adds unnecessary weight. The detachable handle and rear sight assembly, combined, equate to approx. half a pound.

The carry handle limits the versatility of the rifle platform. By attaching iron or optical sights directly to the rail rather than the carry handle, you can adjust height over bore as needed. A carry handle sets the minimum height at which an optic can be mounted.

If you use a monolithic handguard with a top rail, you can maximize available rail space for accessories by aligning the handguard’s top rail with that of the upper.

If you intend to use an optical sight with a fixed carry handle, you have to use a mount. Unfortunately, this raises the sight a considerable distance above the axis of the bore and renders a proper stock weld almost impossible. The result of this elevation is that you’ll have to acquire what’s been mockingly described as a “chin weld” or “jaw weld.”

One solution is to use a butt stock with an adjustable cheek piece, allowing you to raise or lower the comb as needed.

One reason to attach a carry handle, or buy an upper receiver with an integral handle, is the cosmetic appeal. If this sounds like a non-practical reason to buy a carry handle, that’s because it is. Even when gun owners buy firearms as tools, intending to protect the household, they still gravitate toward guns that they think look attractive.

Both fixed and detachable carry handle adds a classic flair to a rifle design that gained prominence during a historic period. If you’re interested in building a reproduction of a 1960s-era M16 or CAR-15, an upper receiver assembly with an integral A1-type carry handle is essential.

Alternatively, if you’re building a reproduction of the M16A2 or its carbine variant — think Black Hawk Down — an upper receiver with the A2 carry handle is mandatory.

The carry handle of an AR-15, whether fixed or detachable, has limited uses on modern rifles. The flat-top receiver with integral Picatinny rail is more versatile, reduces weight, and lowers cost. However, the carry handle is nostalgic for the historical reenactor or collector and can add a touch of authenticity to your rifle build.