What’s the Difference Between an AR-15 Pistol and an AR-15 Rifle? 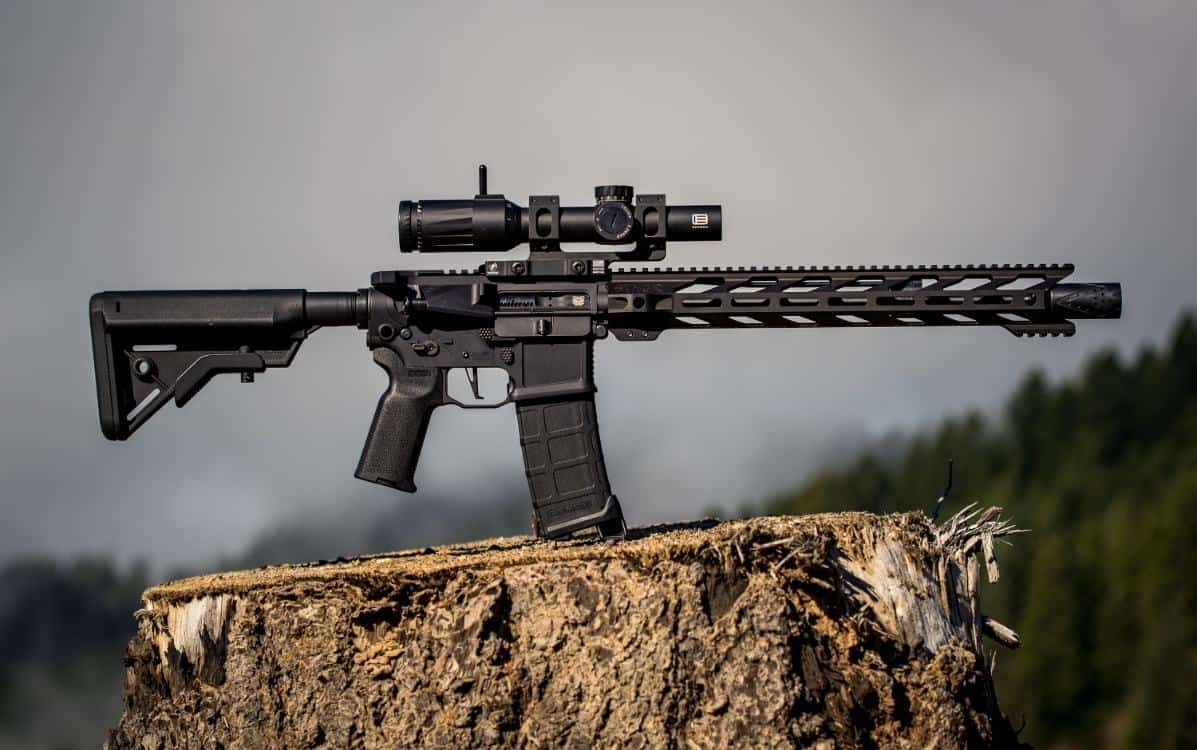 Eugene Stoner’s design endures, in part, because it is endlessly configurable. The standard AR-15 rifle has spawned numerous derivatives. While a rifle or carbine in its original configuration, there are also AR-15 pistols. 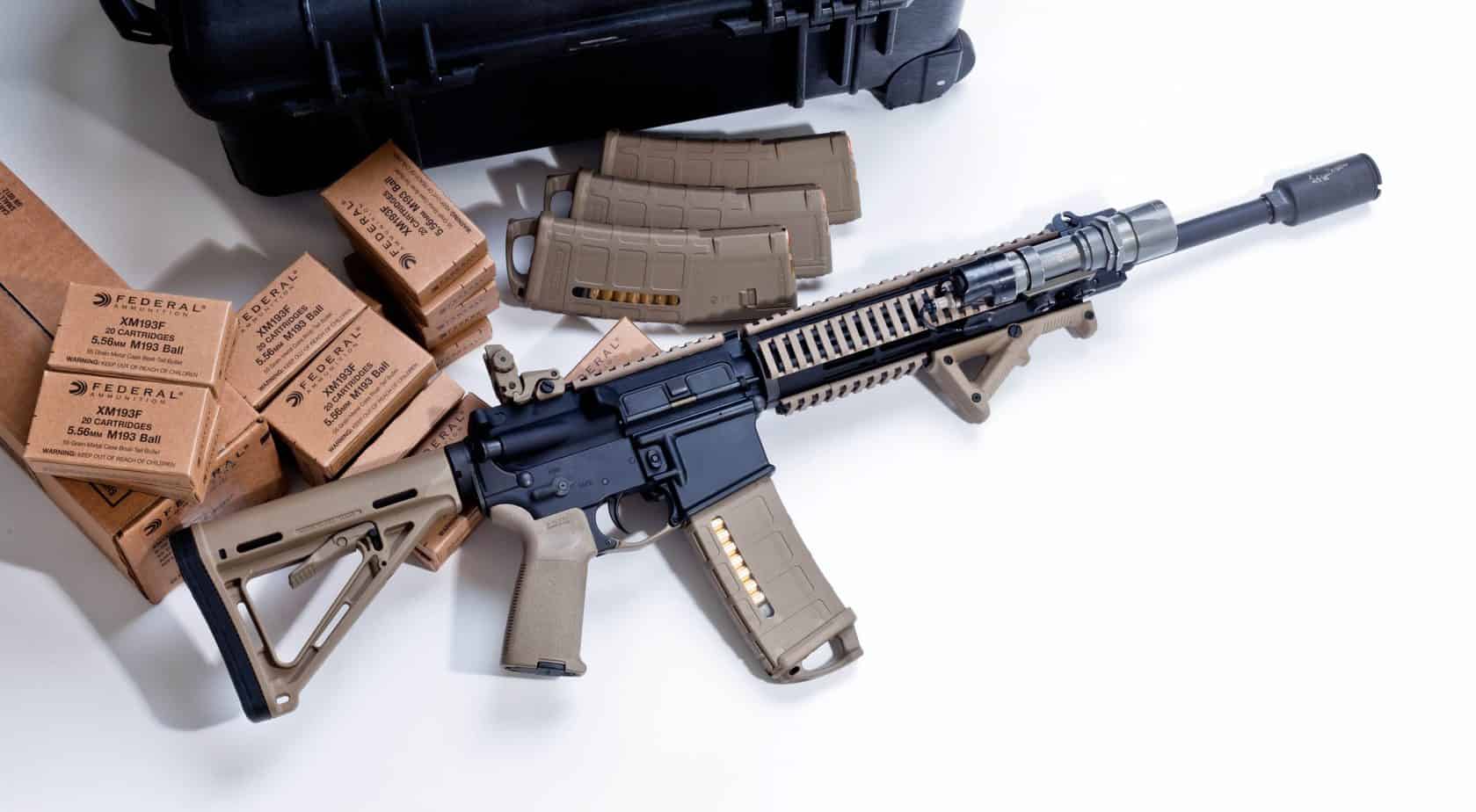 The AR-15 platform fulfills multiple applications and requirements due to how customizable and configurable it is. If you want a match rifle for long-range competitive target shooting, a camouflaged sporter for ​​hunting, a tactical carbine for home defense, or a retro weapon for your collection, the AR-15 is the rifle of choice. It’s a versatile platform on which to build any kind of rifle you can think of.

One of the most popular configurations on the U.S. market currently is the AR-15 pistol. The purpose of the modern AR-15 pistol is to provide a non-NFA alternative to the short-barreled rifle, which requires the filing of ATF Form 1 or 4 and the payment of $200 for a tax stamp. Aside from the legal reasons for this configuration, what are the differences between an AR-15 pistol and an AR-15 rifle? 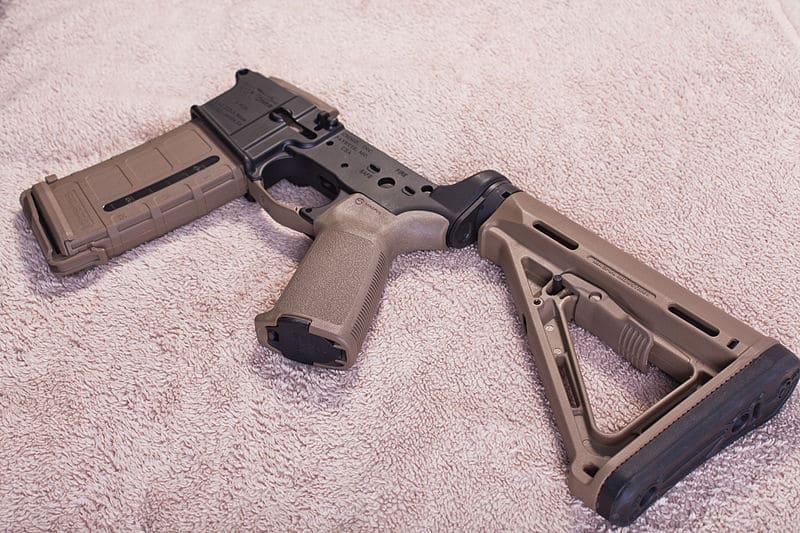 A reasonable starting point is to list similarities between the same firearm platform configurations in any discussion of the differences. An AR-15 pistol is an AR-15-pattern firearm that has a stabilizing pistol brace attached to the receiver extension/buffer tube instead of a traditional butt stock, a barrel less than 16”, and an overall length less than 26”.

This type of brace is the part that allows an AR-15-pattern weapon to avoid the short-barreled rifle classification. Otherwise, the weapons are the same. The upper and lower receivers, bolt carrier group, method of operation, and controls remain the same. Due to the shorter barrel length, a different length gas system is often necessary, in addition to a pistol-specific buffer.

When the AR-15 first entered production, it had a 20” barrel. This barrel length is also the standard for M16 service rifles. AR-15 pattern carbines tend to vary between 14.5”, which is also the length of the M4/M4A1 barrel, and 16”, which is the legal, non-NFA length in the U.S. AR-15 pistols tend to have barrel lengths between 7” and 11”. The short barrel reduces the overall length of the AR-15 pistol, contributing to its increased maneuverability. As a highly compact weapon, the AR-15 pistol is also easier to store and carry or transport, taking up less space in gun cases or range bags.

Many AR pistol vs. rifle comparisons center on the topic of home defense. Does the reduced barrel length cause the AR-15 pistol to suffer in comparison with the AR-15 rifle? It depends, first, on the caliber. Many AR-15-pattern pistols and analogous weapons are chambered in 9mm Luger or .45 ACP. As these cartridges are designed to be fired in handguns and submachine guns, the shorter barrels of AR-15 pistols are optimal.

However, in an AR-15 pistol chambered in a rifle cartridge, the shorter barrel is a notable detriment in relation to an AR-15 rifle. Pistol cartridges use relatively fast-burning propellants to ensure that the charge reaches peak pressure rapidly. This spike allows the powder to propel the bullet to a useful velocity in a short barrel.

In contrast, rifle cartridges tend to use slow-burning propellants that take full advantage of a long barrel.

When you reduce the barrel length of a 5.56mm firearm from 20” to 7.5”, for example, you lose approx. 1,000 feet per second. This has a significant effect on how the bullet performs when it strikes a target.

The 5.56×45mm NATO cartridge, specifically with M193 and M855 FMJ bullets, is highly dependent on entry velocity for its terminal effectiveness. When the bullet strikes a soft target, such as a game animal or human assailant, at a sufficiently high velocity, the bullet yaws and tumbles. However, these bullets also tend to break at the cannelure during the yaw, fragmenting in the process.

While not every rifle cartridge has the terminal idiosyncrasies of the 5.56mm round, every rifle caliber is susceptible to a performance decrement when fired in a short barrel. Intermediate rifle cartridges generally use bullets weighing the same or less common service pistol bullets.

Subsonic .300 Blackout ammunition can be highly effective in a short barrel, substituting a bullet of comparable weight to a .45 ACP.

A short barrel is not necessarily less accurate. Short barrels can be more rigid, thus contributing to a higher degree of consistency from one shot to the next. The issue is, instead, regarding muzzle velocity. The accurate range suffers in an AR-15 pistol because the bullet cannot achieve the same velocities. For long-range precision shooting, you should select a suitable rifle. However, your skill with the weapon plays a vital role in accurate shooting.

Although iron sights are no longer the standard, having been supplanted by optics, they are still useful for their rugged simplicity. In a short-barreled rifle or pistol, the sight radius and, thus, precision is less than that of a rifle.

While both AR-15 pistols and rifles can use sound suppressors, the shorter barrel of the pistol configuration allows you to attach a suppressor without significantly increasing the overall length.

In a rifle-caliber pistol, the report is considerably louder than in a rifle, all else being equal (e.g., same muzzle devices and cartridge). A significant percentage of the propellant charge will also not be burned, contributing to a bright and highly voluminous muzzle flash.

The combination of the concussive report and fireball requires an efficient muzzle device, such as a sound suppressor or high-quality flash hider, to dissipate or capture these gases and unburnt powder particles. If you intend to shoot from the prone position, the increased muzzle blast is likely to disturb dirt, dust, and other debris more noticeably than a full-length rifle will.

In pistol-caliber variants, the recoil is generally manageable — after all, the AR-15 pistol tends to weigh more than the handgun that typically fires the cartridge. In supersonic .300 Blackout and 6.8mm SPC, the recoil is more stout. If you’re tempted to use a recoil-reducing device, such as a muzzle brake, you should be aware that this will increase the already-loud report.

If you need long-range precision and to take full advantage of a rifle caliber’s terminal ballistics, you should consider buying a full-length rifle. A carbine, which typically has a barrel length of 14.5–16”, affords increased maneuverability without sacrificing too much power or range. If, however, space limitations require an ultra-short weapon that still delivers reasonable firepower, an AR-15 pistol can fulfill this niche role.

Whether you choose an AR-15 pistol or rifle will depend on what you value most in a firearm. Do you need range and power, or are you willing to compromise for size?