The AR-15 is an excellent rifle. Unfortunately, the design can’t handle long-action cartridges. If you want a beefier, long-range round, you’ll have to step up to an AR-10.

The main benefit of using an AR-10 over a bolt-action rifle or another alternative is that many AR-15 parts will also fit on an AR-10. So feel free to get the best AR-10. Then add the gizmos and gadgets that make it feel just like your favorite AR-15.

Or make it something completely different.

Anyway, I put this collection of the best AR-10 rifles together, based on what I’ve seen on our range and in the gunsmithing shop.

These are the AR-10 rifles that have demonstrated the most impressive performance and longevity (and the fewest visits to the gunsmithing doctor).

Top AR-10 on the Market Today 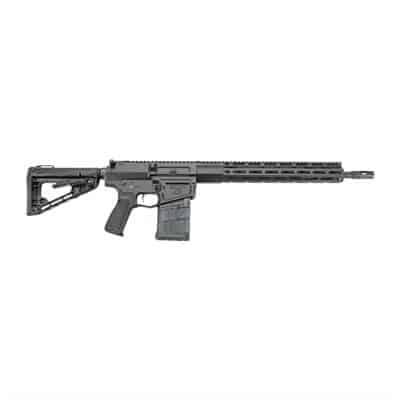 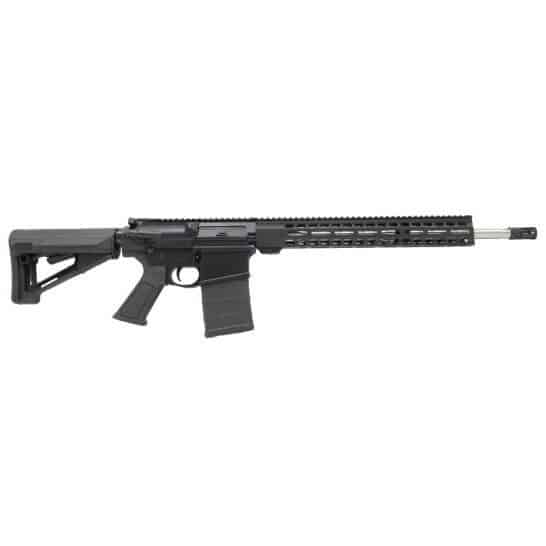 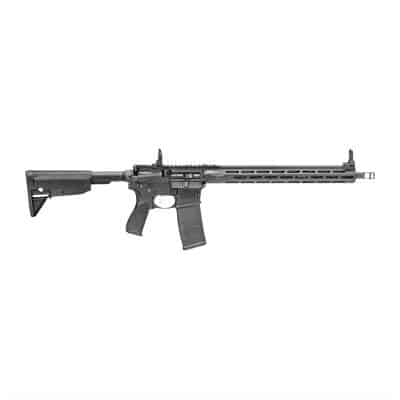 ​If you want to skip the reviews and head straight to the buying part, the best AR-10 in this article is the Wilson Combat AR-10 Ranger. You’ll get the most value and versatility from this rifle.

These are complete AR-10 rifles. Check out the best AR-10 barrels if you’re looking to put your AR-10 together yourself.

The Wilson Combat AR-10 Recon Tactical is a solid AR-10 rifle that puts the emphasis in the places that matter.

The fit and finish are outstanding. The anodized finish is reinforced with the proprietary Armor Tuff finish, which gives a smoother feel and extra durability.

Then, most of the ergonomics are well-designed for precision shooting. The grip is the BCM Starburst Gunfighter Grip, which offers an upright grip angle that’s excellent for a more relaxed, precision shooting grip.

Additionally, the Wilson Combat trigger is excellent. The movement is minimal and the break is quite crisp. However, the trigger is set at a 4 pound pull weight. Some precision shooters may find that to be a bit heavier than they’d like.

Also, the Wilson Combat stock is basically just a standard adjustable stock. There’s no adjustable comb height. And it’s prone to causing the same fatigue as any other carbine stock during long shooting sessions.

But, the fluted barrel is outstanding. And this rifle is more than capable of delivering high level precision at long range with just about any .308 ammunition.

The PSA Gen 3 PA10 is one of the most affordable AR-10 rifles out there. And it’s an excellent option for those who need something a little more budget friendly.

PSA invested in the parts that matter: the trigger and the barrel.

The trigger is a Geissele Super Semi-Automatic Enhanced (SSA-E) 2-stage trigger. It’s one of the most revered triggers on the market. It breaks at 3.5 pounds, which is an excellent all-purpose pull weight for an AR-10. Though, pure precision shooters may prefer something a touch lighter.

The barrel is forged from 416R stainless steel. It’s good enough to produce consistent 1 inch groups out of the box, which is respectable for a budget rifle.

However, this rifle shows its price in the ergonomics. The pistol grip is essentially a standard A2 pistol grip. And the Magpul STR stock is good, but not great. It offers a good cheek weld and storage space. But lacks the adjustability of a dedicated precision rifle stock.

But the furniture is easily replaced. And this rifle is affordable enough that you’ll have some money left in your budget for a few upgrades.

The Springfield Armory Saint Victor Rifle offers an interesting design. It’s an AR-10. But most of the hardware is tactically oriented.

The handguard is slim and minimal, with a lot of M-LOK space. Ordinarily, the lack of picatinny rail space might be irritating. But it’s not so bothersome on an AR-10, because it’s best to keep your line of sight clear for an optic.

Then the furniture is classic BCM Gunfighter fare. The BCM stock and pistol grip are good furniture. They’re comfortable. And the grip angle is good for a precision shooting grip.

But the furniture is not specialized for precision shooting. It tends to cause fatigue if you’re lying behind your rifle for a long time.

On the bright side, the trigger is surprisingly solid. It’s a flat faced trigger with a nickel boron finish. And, for a non-specialty trigger, the trigger movement is smooth, and it breaks clean at about 3.5 pounds. Not bad for a Springfield Armory factory trigger.

The barrel is nothing special. But it’s capable of printing about 1 inch groups at 100 yards. However, it would be easier to get that level of precision with an upgraded stock and maybe a different pistol grip.

A fun note about this rifle is that it’s available in a short barreled variant. But, watch out. The shorty version is ridiculously loud.

The Smith & Wesson M&P10 seems to be designed as a base AR-10 platform that you can upgrade. The base components are solid. But the easy-to-change parts are kind of mediocre.

The barrel is the star of the show. It’s cut with 5R rifling and a 1 in 10 twist rate. The rifling minimizes bullet deformation and produces excellent precision with any .308 ammunition.

Also, the barrel is fitted with a substantial flash hider that also offers some compensation to keep your muzzle flat. It’s clear that most of the price is in the barrel. It would be nice if the handguard was free floated, though.

Additionally, the internals and receiver set are well-built. There’s almost no slop between the receivers. And the bolt carrier group has a nice clean finish.

However, everything else on this rifle seems designed to be upgraded. The trigger is basically a standard mil-spec trigger. And the furniture is just mil-spec hardware. Shooting this rifle feels a lot like shooting a standard M16, but with a bit more recoil.

But, if you approach this rifle with the intent of upgrading it (who doesn’t?), it gives you a great base platform to work from.

The Stag Arms Stat 10 is just the big brother of the Stag 15. And the base configuration is actually really nice.

This is one of the most affordable AR-10 rifles that comes with an enhanced receiver set. The receiver set is similar to the Aero Precision M5 receiver. The angular lines are clean and supposedly offer improved durability.

Additionally, this rifle comes standard with a VG6 Gamma 7.62 muzzle brake. It’s easily one of the best muzzle brakes on the market. Some say it’s the best. It’s a better muzzle device than you’d get on most other complete AR-10 rifles.

Also, the Magpul SL-S stock is great. It’s one of my favorite carbine stocks. No, it’s not a hyper modular precision stock. But it’s really comfortable. And I find that it causes less fatigue than most other Magpul stocks.

On the downside, the Magpul MOE grip is one of my least favorite grips, especially for precision shooting. The grip angle is kind of steep. And, for me, it’s not all that comfortable for shooting from a prone position, without my thumb around the grip.

Overall, this gun is generally very comfy to shoot. And the precision is on par with the price. Most shooters say this rifle sports sub-MOA potential, which is better than I can shoot.

Ultimately, the Stag Arms Stag 10 delivers the performance you’d expect from a rifle at this price.

Although bolt guns are still considered the gold standard for extreme long-range precision, modern gas operated rifles are incredibly precise. You can easily use an AR-10 for shooting really far.

Or you could use an AR-10 as a hunting rifle and take advantage of the customizability to maximize your shooting skills or make your rifle as comfortable as possible.

Or you could start with an AR-10 and build several long-action uppers that fire different calibers to get more versatility in your long-range game.

But, regardless of why you use an AR-10, it’s the best way to shoot long-action rounds from a semi-automatic rifle. So check out the best AR-10 rifles. And get more bang from your rifle.