Many shooters don’t realize this: muzzle flash can be blinding if you’re shooting in the dark or using night vision. This is especially true if your rifle has a short barrel.

It’s so bad that your muzzle flash can make it difficult to find new targets or even take follow-up shots.That’s what a flash suppressor is for. And, that’s why many people prefer a flash hider over a muzzle brake or compensator. So, if you often shoot in low light environments, a flash hider may be your best option for a muzzle device.

SPOILER—if reading about the details of lower vise blocks isn’t what you’re into, just get the Pro Mag AR15/M16 Low Receiver Magazine Vise Block. It’s affordable, and it gets the job done. It checks all the boxes (or blocks, if you will).

If reading about vise blocks is more up your alley, well… Keep reading. We’ve rounded up all the best AR-15 lower vise blocks. That way you can get the one that’ll work for you. 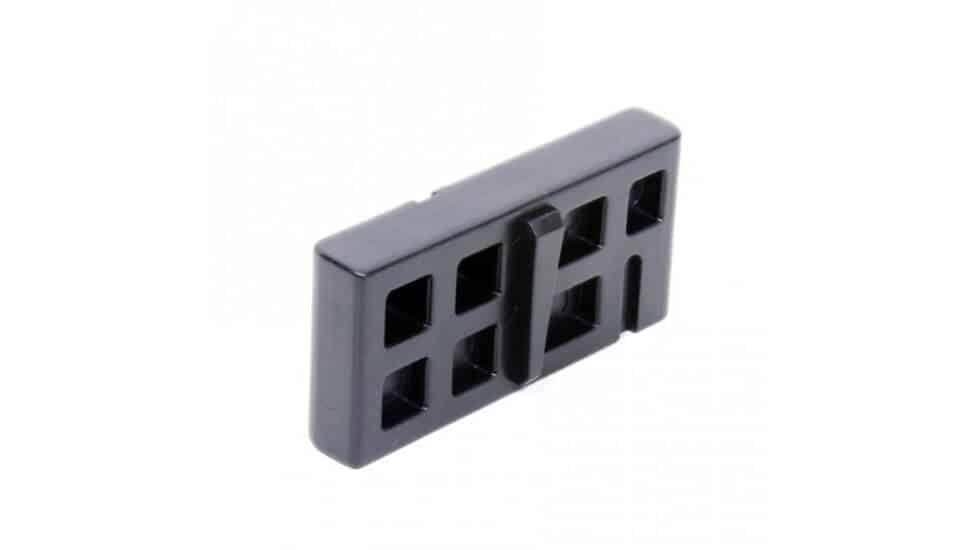 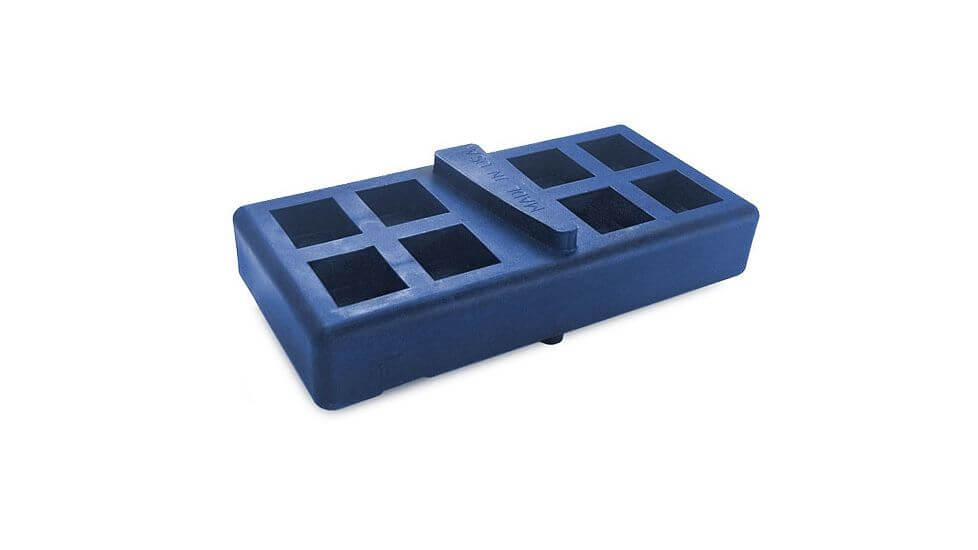 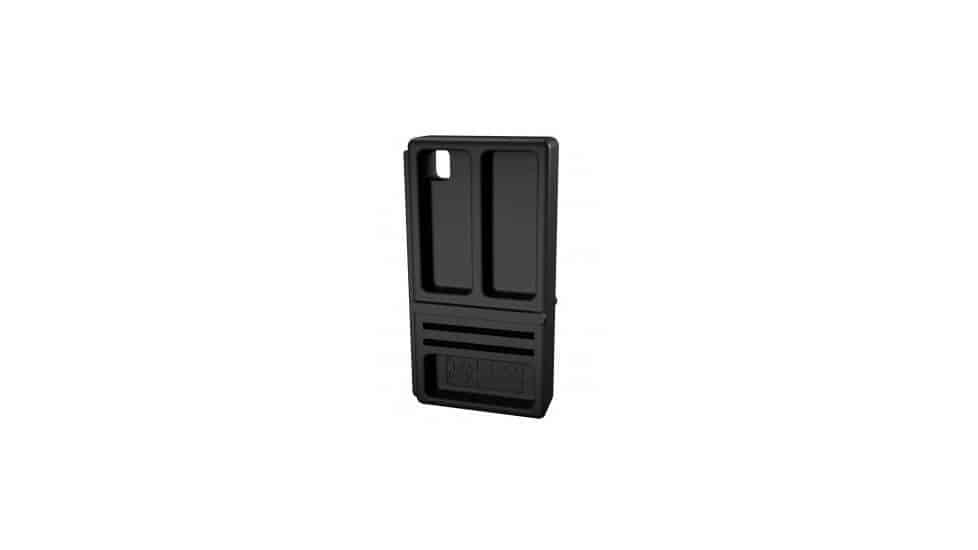 Need the most affordable vise block? Read the first reviews.

Time to tighten things down.

The Pro Mag AR15/M16 Low Receiver Magazine Vise Block is remarkably affordable. And it works surprisingly well, considering how simple it is.

This vise block is lightweight, but still durable. It’s a skeletonized polymer block. But there’s almost no flex in this block, even if you need to wrench on it pretty hard.

The skeletonized squares also work well as traction for the texturing in your vise. So it doesn’t slip in the vise .

Also, this block locks into the magazine well securely without any tools. All you need is a magazine release.

That’s it. It’s a block. And it holds your lower receiver whether you’ve installed the magazine release or not. That’s everything you need a lower receiver vise block to do.

It’s a standard skeletonized polymer block. The polymer is dense and rigid. It doesn’t flex much when you wrench on it. And the skeletonized body gives a bit more grip for your vise. So this block doesn’t slip.

There’s also a shelf for the magazine well that keeps the block from sliding all the way through your magazine well when there’s no magazine release installed.

Additionally, the shelf acts as a stop for resting against your vise. It makes this block nice and stable when you need it.

And, it locks into your magazine well with the magazine release, if you’ve got it installed. That adds even more stability for wrenching on your lower receiver.

However—and this is a theme with lower vise blocks—there’s a little bit of play when you have it in the magazine well. This happens in most magazine wells. But the wobble makes it compatible with the vast majority of magazine wells.

But, for the money, this KE Arms vise block is excellent that it won’t let you down.

The Tapco Intrafuse AR Magazine Vise Block is a solid vise block that’s also not too expensive, which is obviously a good combo.

The polymer is dense and rigid. However, the skeletonized portion leaves very little material in the block. It does have more material around the base of the magazine well to prevent flexing. But this block does have a tad more flex than a beefier one.

Then, this block has a lip that keeps the block from sliding through your lower receiver. However, the lip is a bit shallow. It’s not quite as secure as the full shelf that some other blocks have. But it works.

It will wobble a tad bit in the magazine well. But that also makes it compatible with almost any lower receiver out there.

This isn’t the least expensive lower vise block. But it’s a solid vise block with a creature comfort or two. 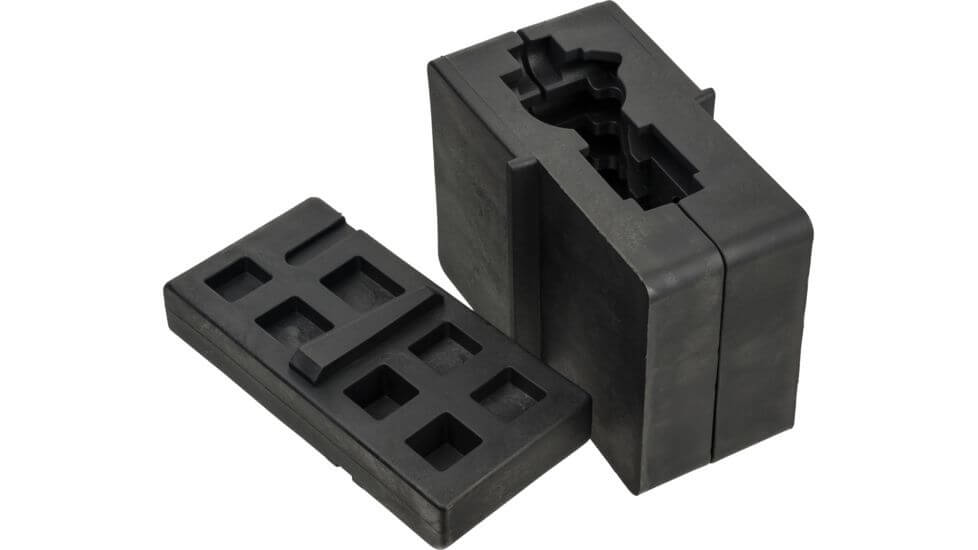 The JE Machine Tech JE AR-15 Polymer Vise Blocks Upper and Lower Combo is a complete vise block kit for both your upper and lower receiver.

The lower vise block is a standard skeletonized block. However, the construction is fairly beefy and the polymer is dense. So it doesn’t flex very much, if at all, when you need to torque things down.

The lower receiver vise block also has a nice stop that keeps it from sliding through if there’s no magazine release in the lower. And the shelf provides good stability when it’s in the vise.

However, the real deal of this combo is the upper vise block, which holds your upper receiver. So you can put an entire AR-15 together with this upper and lower vise block.

But, other than that, this JE Machine Tech accessory is a super affordable solution if you need something for both your upper receiver and lower receiver. 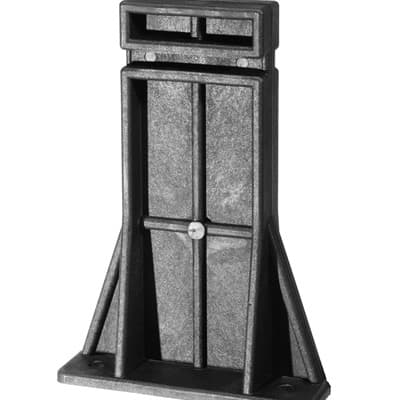 No vise? That’s cool. The Ergo Grips AR-15/M16 Spike’s Block can be mounted to your workbench. No vise needed.

The base of this lower vise block can be clamped to your workbench. Or, if you want a more permanent solution, there are holes in the base to secure the block with screws.

The whole thing is constructed from dense polymer with a skeletonized structure to add durability. And it’s surprisingly rigid. It doesn’t look that tough. But it won’t flex under most normal lower receiver work.

The only weak point on this block is the base. It works well enough, even with just clamps. But it might be a good idea to use some washers to reinforce the mounting holes if you secure it to your bench with screws.

If you need to use your armorers wrench to twist your receiver extension or something like that, it could put more torque on the mounts than they can take if they’re not reinforced.

But, with a little work, this Ergo Grips vise block could be a nice permanent workstation for all your AR-15 rifles. 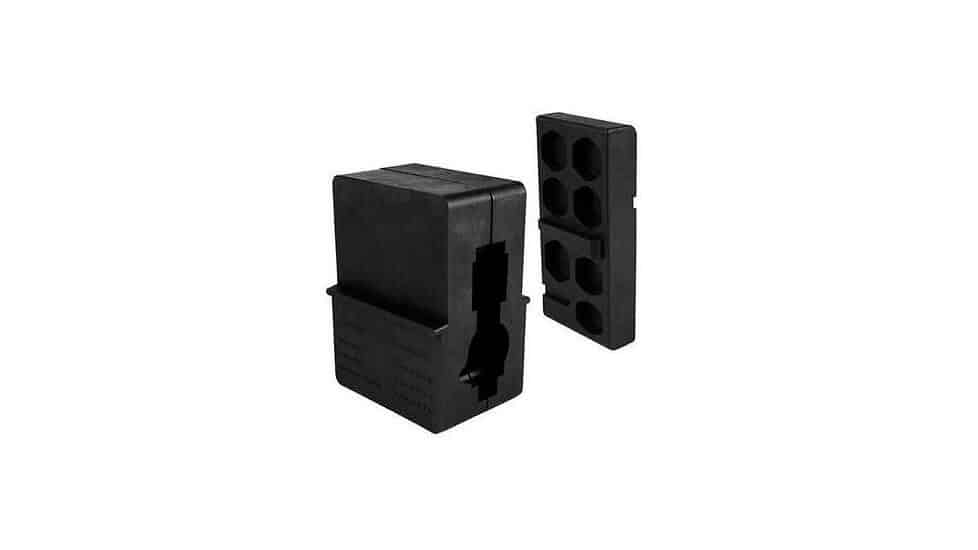 The AIM Sports Inc. AR Upper/Lower Vise Block set is an upper and lower receiver vise block combo that’s a tad more durable than some of the other options.

The lower vise block is skeletonized polymer, which is pretty standard. However, the skeletonized cutouts are circles rather than squares. That leaves more material in the block for more rigidity and less flex during high-torque tasks.

Also, the lower vise block has a full stop that keeps it from sliding all the way through the magazine well when there’s no magazine catch installed. And it adds stability when you’ve got it locked into your vise.

The polymer is also solvent resistant. So clean with whatever you like.

It’s a tad pricier than some other options, sure. But this AIM Sports Inc upper and lower receiver vise block combo offers a few nice creature comforts that you don’t get with other blocks. 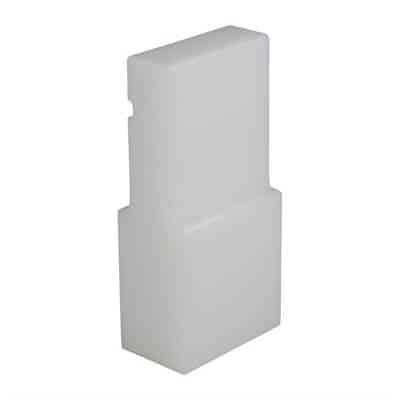 The Sinclair International AR-15 vise Block is designed to give you all the utility you need, while being especially gentle on your lower receiver.

First, this vise block is constructed from polyethylene, which is just as durable but has slightly less surface hardness than standard polymer blocks. That way, even if you need to get rough with your rifle, the vise block won’t damage the finish on your lower receiver.

This vise block is also solidly constructed, with no skeletonization. It’s a tad heavier than a skeletonized block. But it’s super solid. This block doesn’t flex at all.

Also, this vise block has a wider base that helps improve stability once it’s locked into your vise. But the base also provides a stop so that the block won’t slide all the way through if you have no magazine catch installed.

However, this Sinclair International accessory still locks in on your magazine catch once you’ve got it installed.

Yes, it’s heavy. And it’s white. So it will probably turn grey or brown eventually, when it gets oil and scratches on it. However, it’s a remarkably solid vise block that works for whatever you need to do. 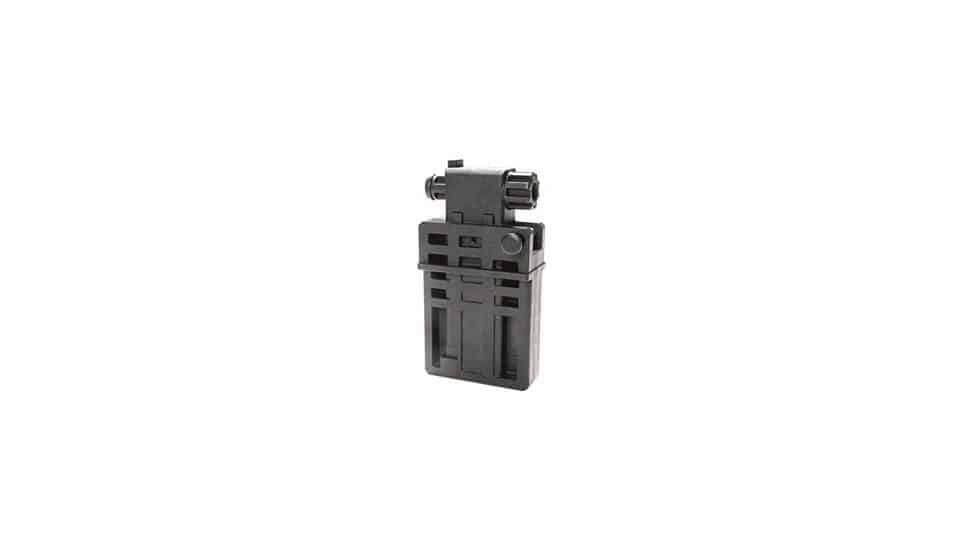 If you need a lower vise  block that will also work as an upper receiver vise block, the Magpul AR-15 Bev Block is the way to go.

This block works just fine as a lower vise block.

However, the cool thing is that the other end of this lower vise block is an upper receiver vise block that locks into the barrel extension. That way you can also install muzzle devices, barrel nuts, handguards, and anything else on the upper receiver.

With the forward takedown pin installed, you could even install the barrel itself if you need.

And this Magpul vise block isn’t even that expensive. With an armorer’s wrench and a couple other tools, this vise block could be part of a complete AR-15 tool kit.

A lower vise block is pretty much a necessity for assembling a lower receiver (yes, it can be done without a vise block. But it’s a pain). But your vise block is also a handy tool for cleaning and maintenance.

It’s just ridiculously convenient to have something that will hold your lower receiver for you while you work on it.

If you’re still trying to wrangle your lower receiver while you wrench on it, it’s time to get the Pro Mag AR15/M16 Low Receiver Magazine Vise Block. It’s super affordable. And it works great. You won’t ever have to think about it or fuss with your vise block. It just works.

Stop trying to hold your lower receiver with one hand while you work with the other. Get a lower vise block and get stuff done in half the time or less.

You can also check these fantastic reviews: