There are a lot of ways to sling an AR-15. Some are better than others. But they all have one thing in common:

You need the best AR-15 sling mount, which matches your sling configuration, that you can get. Otherwise, you’ll be running around, trying to look cool, and your rifle will fall off. Ask me how I know…

We’re going to focus exclusively on dedicated AR-15 sling mounts here, since almost any stock you get will have some sort of sling mount.

SPOILER—if you want to mount your sling somewhere other than the stock, get the Bravo Company MFG End Plate with QD Socket. It’s less expensive than many competing end plates. Bravo Company Manufacturing has amazing quality control. And this end plate gives you a sling mount in one of the most versatile sling positions—on the rear end of your lower receiver.

Looking for something else? Want to peruse all the options before you pull the trigger? Well, read on, my friend. We’ve got a whole bunch of the best AR-15 sling mounts lined up for you. 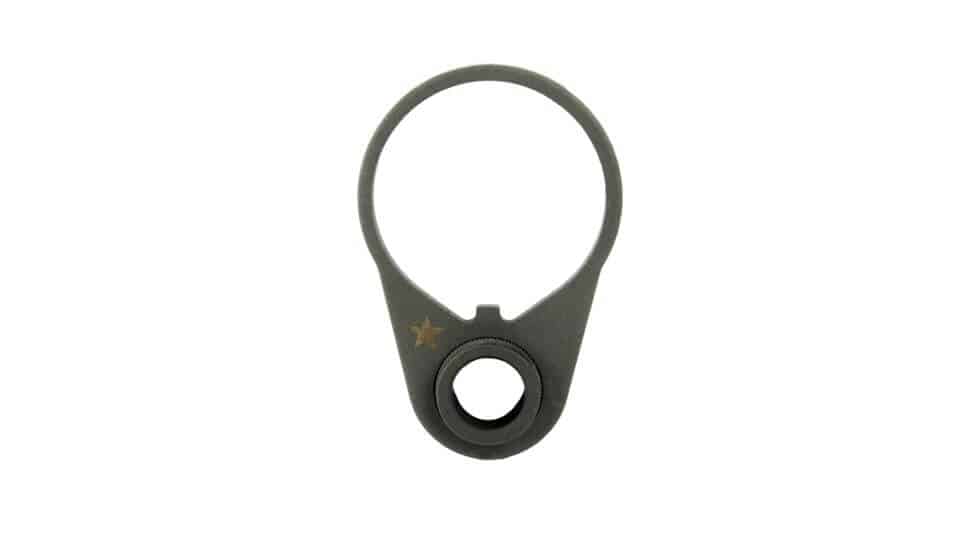 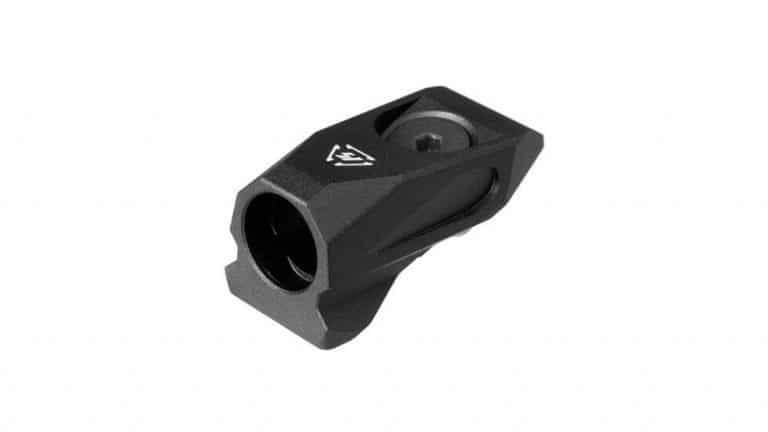 Best AR 15 Sling Mount Reviews: How to Carry Your Rifle Like a Pro

Need the least expensive AR-15 sling mount that will do the job? Check out the first reviews.

Want a high-quality, high-priced sling mount? Head to the reviews near the end.

Get those rifles slung.

QD sling attachments are fairly standard these days. And there are a lot of ways to add a QD socket to your rifle. But the Bravo Company MFG End Plate with QD Socket is one of the most cost-efficient options.

The thing that makes this model a bit better than some alternatives is that the mouth of the QD socket protrudes slightly from the face of the end plate. That way you never have clearance issues with QD sling swivels, regardless of which swivel or lower receiver you have.

Bravo Company machines these end plates from steel for maximum durability. And they have ridiculously stringent quality controls. I’ve never gotten a part from Bravo Company that didn’t fit or failed because of a manufacturing issue.

The only downside to this end plate is the finish. The finish is super durable. But it’s more grey than black. So, if you want an end plate with that deep black finish to match your receiver set, this one may not achieve the look you want.

However, the build quality and design is outstanding. In terms of durability and function, you can’t go wrong with this sling mount. 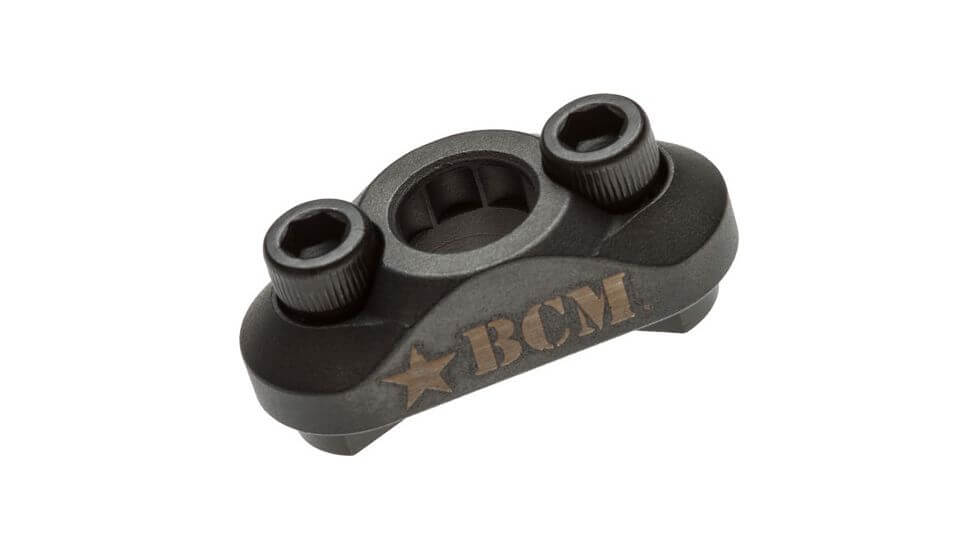 So you can get one that will fit your rail, regardless of your mounting system.

Also, even though the sling socket is anti-rotation, you can set your sling swivel at any angle you want when you insert it into the socket. It just won’t rotate from that angle.

This sling mount is made entirely of steel. Yet it still costs less than some polymer sling mounts, which is interesting. Either way, the steel construction is as durable as you can get. The webbing on your sling would probably break before this sling mount fails.

Lastly, the mount itself is low profile. The KeyMod mount sits lower than the M-LOK mount. But both are very minimal and won’t be a snagging hazard whether you’ve got your sling attached or not.

Unfortunately, the finish is a bit lighter. If you want a really deep black sling mount, this one might seem a bit too gray.

However, the build quality and function are absolutely top notch.

This sling mount angles the QD sling socket toward the shooter, rather than at 90 degrees from the shooter.

It also places your sling at a more comfortable angle for both shooting and carrying your rifle at the ready.

So this sling mount increases the durability and comfort of your sling configuration, which means better shooting and less gear replacement.

However, this Strike Industries sling mount is machined from aluminum. It’s high grade aluminum. And, to be honest, I’ve never had an issue with aluminum parts. But, no, aluminum isn’t quite as durable as steel. If you’re a stickler for steel, this may not be the sling mount for you.

But, again, I’ve never seen aluminum fail when used in parts like this (obviously, your bolt or bolt carrier isn’t the right place to use aluminum). And this sling mount offers a very affordable and ergonomic sling mounting solution.

One thing to note: the Heavy Gunner model works great for rifle rounds. However, the standard HIPERFIRE EDT Trigger is best for pistol caliber carbines. The Heavy Gunner hammer strike can be too strong for some pistol primers. 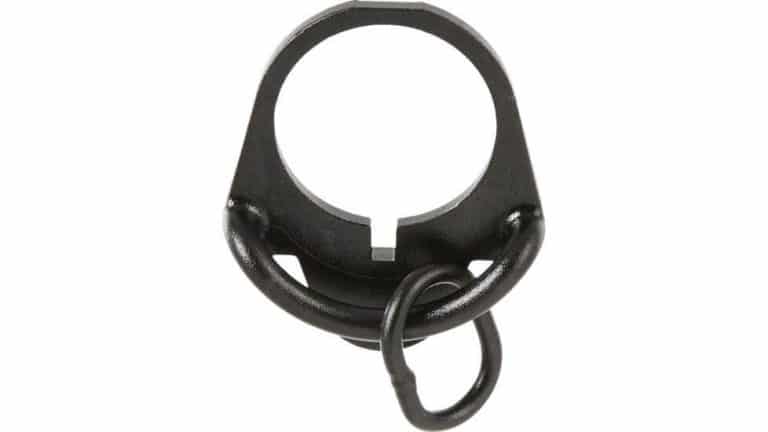 If you use paraclips or HK clips for attaching your sling, the Magpul Industries ASAP Ambidextrous Sling Attachment Point is for you.

This sling mount gives you a welded link for attaching paraclips and HK clips to the rear end of your lower receiver. It’s a great solution, especially for single point sling configurations, since it’s so quick and easy to attach or detach your sling.

The sling link slides freely from one side of your rifle to the other. This makes the transition from strong hand to weak hand shooting fast and easy, without shifting your sling at all.

This end plate is machined from steel. And all the sling attachment hardware has been welded to the end plate for maximum durability and lifespan.

This Magpul sling mount costs a bit more than a standard QD end plate. But the cost is actually less than buying a QD end plate and a QD paraclip adapter. So it’s still a cost efficient solution for those who use clips rather than QD swivels. 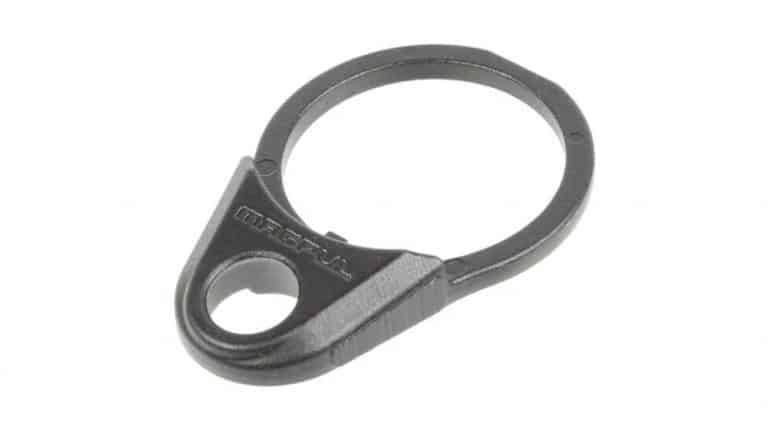 The Magpul Quick Detach Ambidextrous Receiver End Plate is the solution for those who want a QD end plate that matches the dark black finish of their other parts. But this sling mount does more than look cool.

The finish is melonite, which gives this sling mount a deep black finish that matches the dark finish on many high-quality receiver sets. So it will give you a consistent black aesthetic.

The melonite finish is also excellent for preventing rust and corrosion.

However, this is also a remarkably beefy QD end plate. The entire lower half of the end plate, around the QD socket, is reinforced.

This not only makes the QD socket ridiculously durable, it also eliminates clearance issues. So your sling socket will fit, regardless of which lower receiver you have.

Even though the main thing about this sling mount is the looks, it’s also a super durable and high performing AR-15 sling mount.

Is there a downside? Yes.

It’s the cost. This QD end plate costs about twice as much as most other QD end plates. That’s still not a ton of money. But if you’re after the most affordable parts possible, this isn’t the end plate to get.

However, the build quality more than justifies the cost. 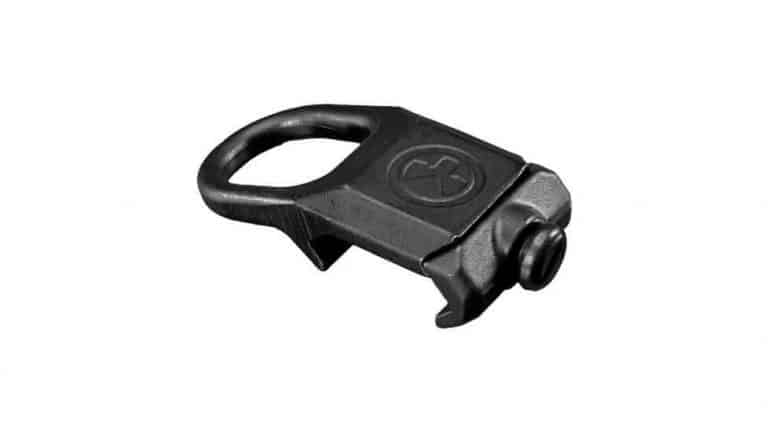 We’re back to paraclips and HK clips. If you like to run clips instead of swivels, you may also need a clip point on your handguard. The Magpul RSA Rail Sling Attachment gives you a place to attach a paraclip or HK clip for a 2-point sling configuration.

There are other attachments that serve this purpose. However, this one tends to be the most universal because it mounts to a picatinny rail. So, regardless of whether you have an M-LOk or a KeyMod rail, you can attach this sling mount to your handguard.

It’s also a super low profile mount. It takes up very little space and won’t snag on things when you don’t have your sling attached.

Additionally, it’s made entirely of steel. And it’s rated to hold up to 300 pounds of weight. That’s not quite invincible. But this sling mount will definitely hold up to even the most rigorous operation.

However, the design kind of requires that you attach this sling mount at the 12 o’clock position. You could attach it at the 3 or 9 o’clock positions. But it’s optimized for sitting on top of your rail.

This won’t be an issue for most. However, some handguards have minimal top rail space. So it might not work great for every handguard.

But it will work for most handguards. And it’s a great solution for those who want to clip their sling on in a 2-point configuration. 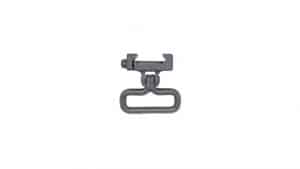 The GG&G, INC. Sling Thing Rail Mount is the sling mount for those who want (or need) a classic M16 style sling mount.

Also, you can attach this sling swivel at the 3 or 9 o’clock positions. So you can use a web sling for a more modern sling configuration.

While this type of sling swivel used to be the standard setup, it’s gone out of fashion. You may find that it’s actually harder to find a sling that will fit this sling swivel than you expect, since many slings come with QD sling swivels installed.

But, if you have one of those classic USGI web slings and a picatinny rail, this GG&G Inc sling mount will solve your sling attachment problem. 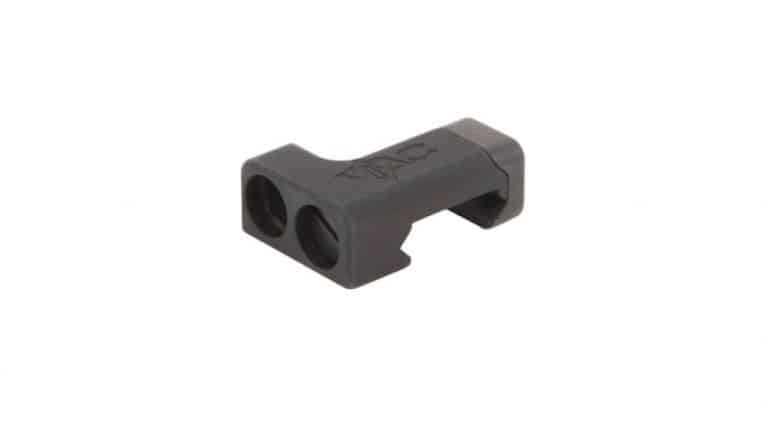 The Viking Tactics Low-Profile Sling Mount is a solution for those who want a QD sling mount that attaches to a picatinny rail.

This sling mount is made of 6061-T6 aluminum. While aluminum isn’t as rugged as steel, it’s worth noting that many handguards are made of aluminum. So aluminum is durable enough to be a good sling socket.

Moving on, the sling socket is also a limited-rotation socket. It only allows your sling swivel to spin 45 degrees. That way your sling can’t get tangled. But you still get some freedom of movement in the swivel, which makes it easier to get into weak-hand and unorthodox shooting positions with your rifle slung.

Lastly, this Viking Tactics sling mount secures with a flathead screw that sits flush to eliminate any snag potential.

It’s a tad pricey. However, this is a very capable and very lightweight sling mount that’s perfect for those who have quad rails or picatinny rails on top of their handguard.

If you’re running an AR-15, you need a sling, no matter what you use your AR-15 for. A sling is pretty much mandatory equipment.

Therefore, a capable sling mount is also mandatory equipment. And your sling mount will often be the only thing holding your rifle which maintains your grip and stance intact. So don’t skimp on your AR-15 sling mount!

If you need a solid sling mount that gives you a reliable anchor point for multiple sling configurations, get the Bravo Company MFG End Plate with QD Socket. It’s a strong, well-built sling mount that won’t let you (or your rifle) down.

It’s time to stop duct taping your sling to your rifle. Get the right sling mount, and properly secure your sling and improve your rifle retention.

AR-15 Furniture Kits that You Need

How to Use a Rifle Sling