Ringing the bell as one of the longest evidenced survival skills of mankind—at tens of thousands of years—fishing made a huge leap forward in 1948 with the invention of the fish finder.

In the 1990s, the marriage of fathometer technology and CRT monitors used by commercial fishermen became available to everyone in a portable form thanks to the advent of the LCD screen.

Three decades later (1990 is as far gone as 2050 is away… time - like line unspooling from a reel) and the portable fish finder has continued to evolve to the point that it can be difficult to choose the right one for you.

Are you shore fishing, or casting from a boat?

Paddling up river to fish from your kayak or secreting away to a favorite secluded bank to cast off?

Set your depth and hang on, as we find the best portable sonar fish finder for you. 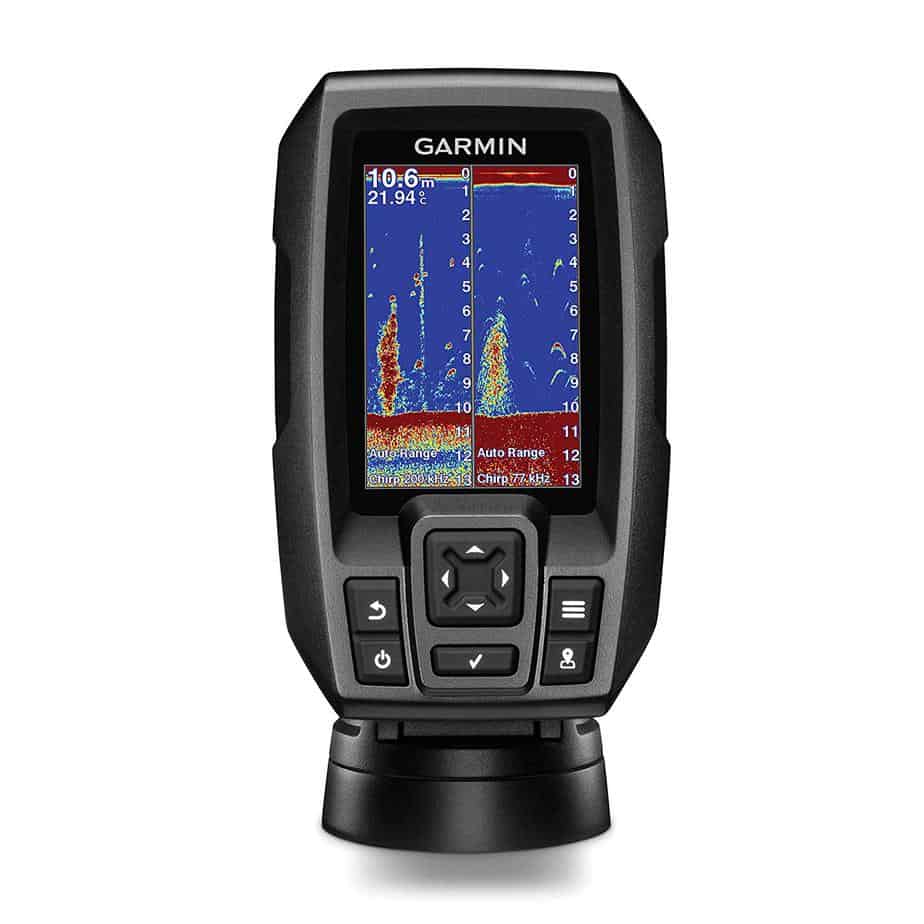 Everything a serious sport fisherman really needs without breaking the bank. 1,600 foot depth, clear pictures with multiple modes for varying catches, GPS and Way Point map features to keep you in the fish for as long as you’ve the time. 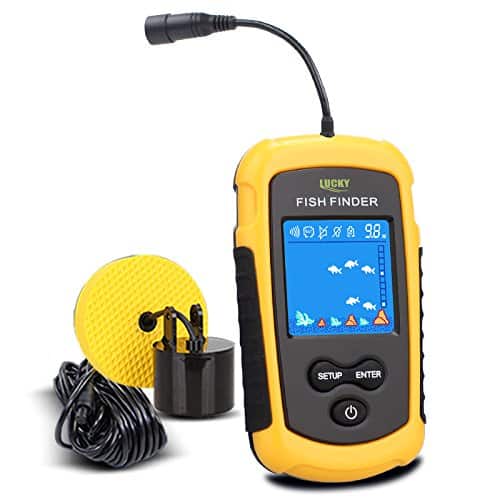 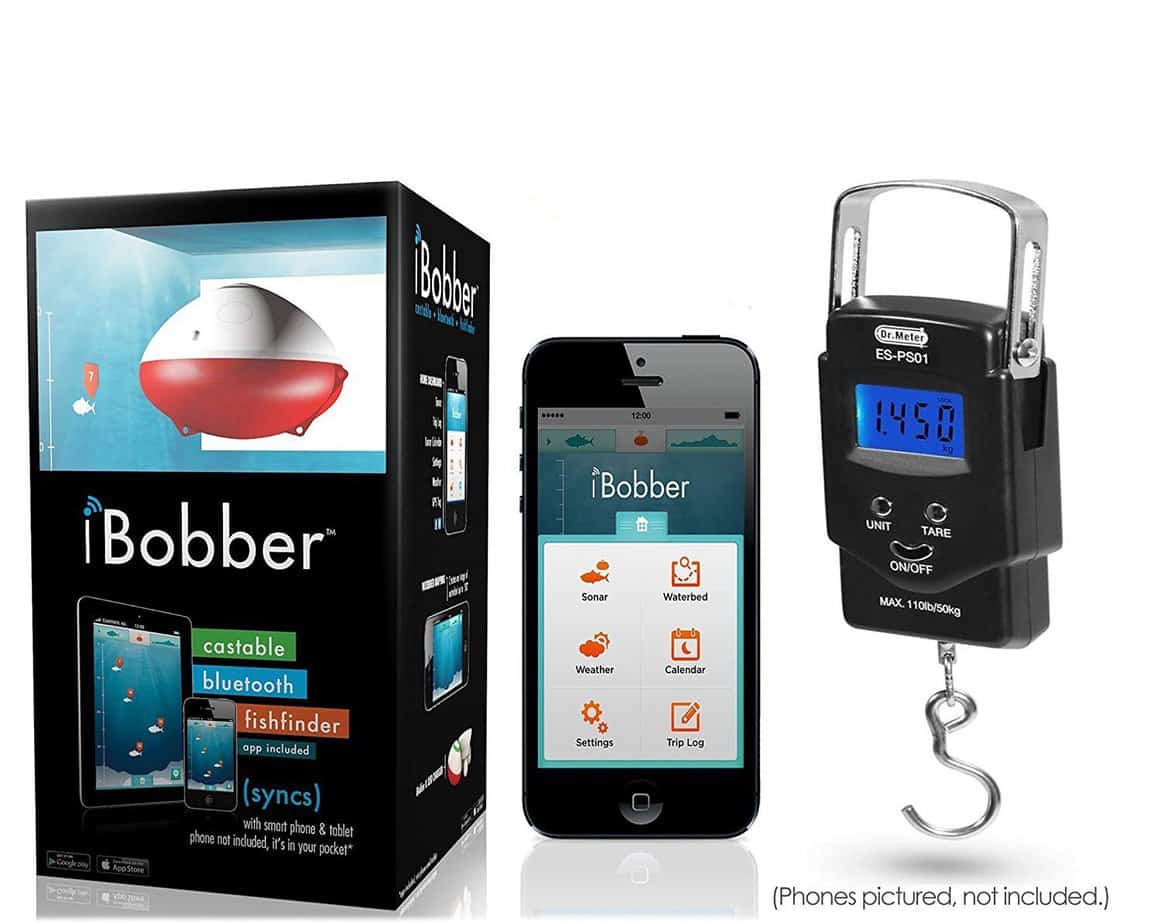 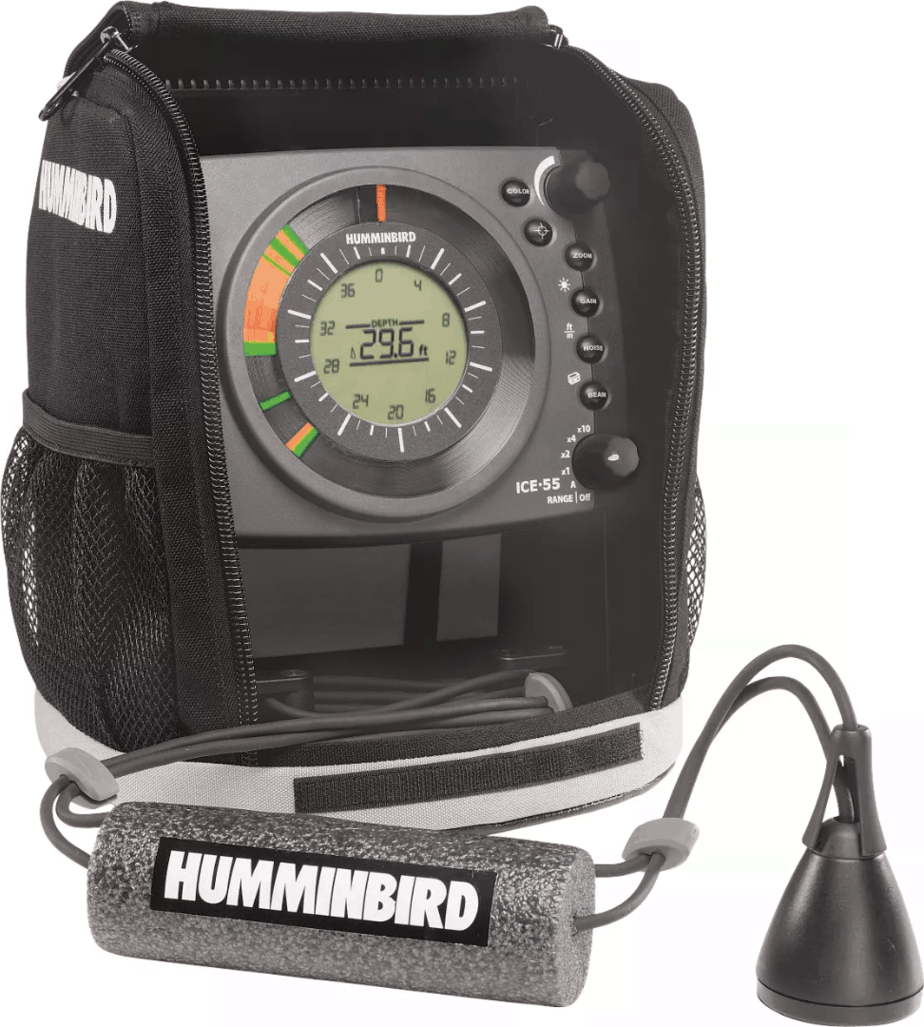 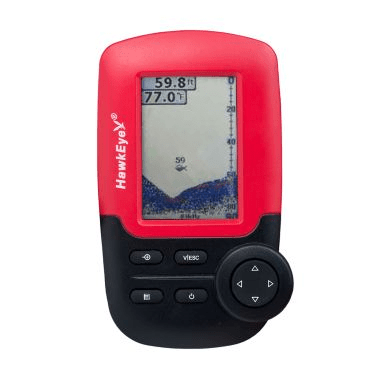 The Garmin Striker 4, featuring both its GPS and Sounder capabilities, really shines across the board and the bay.

With a maximum freshwater depth of 1,600 feet (750 feet in salt water) the CLEAR Vü SCANNING SONAR reveals more of the water around you with high frequency—near photographic—imagery.

Detailing structures, objects, and most importantly, fish. Because a full creel is a sounders reward.

CHIRP Sonar sends a continuous sweep of frequencies providing a wider range of information; CHIRP sonar is able to create crisper fish arches with better target separation. You can even view your sonar data in the classic flasher format; ideal for ice fishing or vertical jigging.

Use the built-in Way Point Map to easily view, mark and navigate to locations such as brush piles, stumps, wrecks, and docks.

Making this one of the best portable fish finders for small boat fishing.

And every return trip adds another layer to your game.

An IPX7 water resistance will keep the Striker 4 finding even after a quick dip or whatever fish bath splish-splash you can splatter on it. And it’s a snap to install in either a 3.5 inch, 5 inch, or 7 inch display.

The LUCKY Handheld Fish Finder is one of the cheapest portable fish finders available today.

It’s that low market point that makes it one of the best kayak fishing sounders.

Anyone who’s fished out of a kayak knows that if it can go overboard, at some point it will. If that’s a five hundred dollar sounding rig, that hurts.

But not only is the Lucky inexpensive, it’s also surprisingly versatile. It can be used for offshore fishing, ice fishing, lake fishing, sea fishing and so on. You can even use it while the kayak is moving, as long as you keep the speed below 5mph.

This handy little unit detects and displays water depth, approximate fish location, short and tall weeds, rocks, and even sand on the bed of your fishing hole (within depth).

And from 3 foot to 328 foot—beyond the fishing sonar sensor with it’s 25 ft cable and removable transducer float—it's more than enough for all but the most ambitious of anglers.

It even comes with a one year warranty, because inexpensive doesn't have to mean cheaply built.

For the pescadorial predator who simply wants to add the most options in the tiniest package—the kind that one can easily toss in a tackle box and go grab 10-20 casts in between hectic moments—the iBobber Wireless Bluetooth Smart Fish Finder makes the phone you already haul everywhere, your perfect fish finding companion.

Compatible with both iOS and Android devices—both of which offer a free app—and tested to synch through Bluetooth within a hundred feet. Really allowing an angler to find the best approach.

Making it one of the best portable fish finders for bank fishing.

Out on the ice the crisp cold and blinding reflective sunlight require slightly different performance standards.

The Humminbird ICE-55 Portable Flasher—Humminbird® 's most powerful flasher to date—is more than up to the task.

The first thing a proud new owner of this unit will notice is the vibrant six-color fiber-optic flasher display that is clearly legible even in bright winter sunlight. This is made possible in part by Humminbird’s Patent-pending backlit LCD display and keypad.

Which is great because many reviewers have claimed to wield this beauty to great results in long days of sub-zero weather.

Bolder fishers than I. I tell you what.

12V 9Ah battery and charger, shuttle mount with gimbal bracket, and a soft-sided carrying bag are all included. Alongside a manufacturer's limited 2-year warranty.

So you only have to worry about catching fish and staying warm.

And just because all that is jam packed into a handheld package, doesn't mean they scrimped on the screen. The VirtuView display presents in bright vivid color and high definition.

Just chuck the sonar sensor in the water or in the hull, power up the display, and you are up a creek with an extra paddle.

It’s not hard to see why a fish finder would signal a fundamental change in the way humanity hunted the wet flappy meat.

The point couldn’t be more simple.

One is more apt to catch more fish if one fishes where there are more fish.

Unless you are fishing in crystal clear waters, a tool like the Garmin Striker 4 can keep you in the know. This affordable and functional fish finder finds fish at a feasible price point while showcasing a bevy of other fish finding features.

But none of the models on this list will let you—or the angler who has hooked your heart—down when passionately pursuing pescadorial predation.

Consider the fishing hole and game you’re after, pick you gear and click add to cart now, and either get on the ice or otherwise get ready for your next cast.

Because with a fish finder you can know your target…

And knowing is half the battle. (I know a bunch of you said the rest of it out loud)

See you out there, anglers!