Protecting yourself from harm is good. And being alive with some hearing damage is better than being dead.

However, if you have to use a gun to defend yourself, you’re going to severely damage your hearing, especially if you’re inside a house.

...Unless you use a suppressor.

To be clear, a suppressor doesn’t eliminate the sound. And, if you use supersonic ammunition, it may still be somewhat damaging to your hearing. But it’s FAR MORE hearing safe than shooting without a suppressor.

And suppressors are cool. So there’s one more reason to get one.

But which is the best suppressor?

That’s what we’re going to show you. 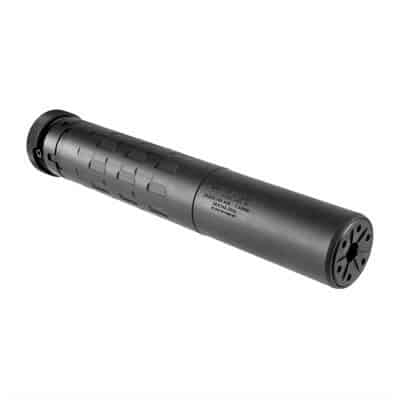 SPOILER—if you’re not here for the debate, and you just want a suppressor that will help protect your hearing, get the SilencerCo Saker 7.62mm Silencer. It’s an excellent suppressor that delivers excellent noise reduction on almost any rifle.

If you need something else, keep reading. We’ll show you around the world of suppressors and help you choose the one that’s best for you.

Top Suppressor on the Market Today 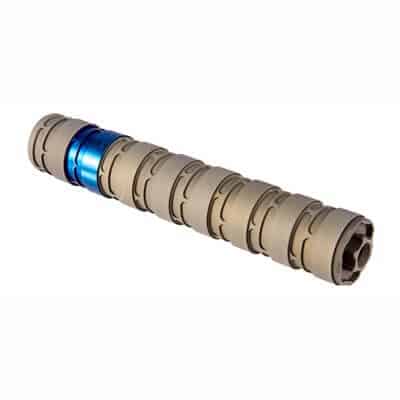 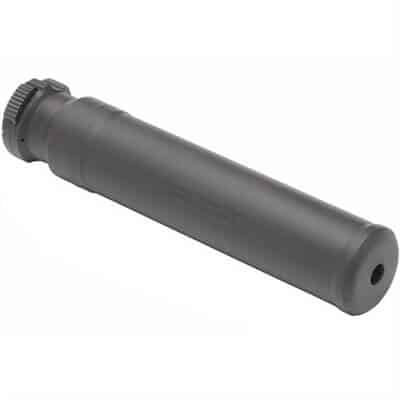 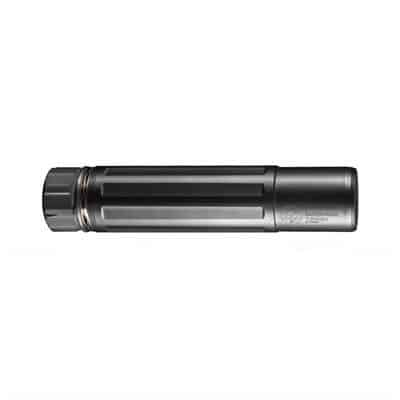 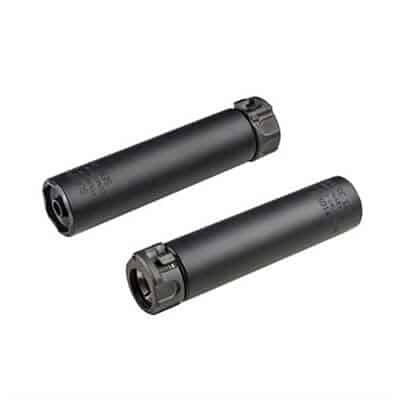 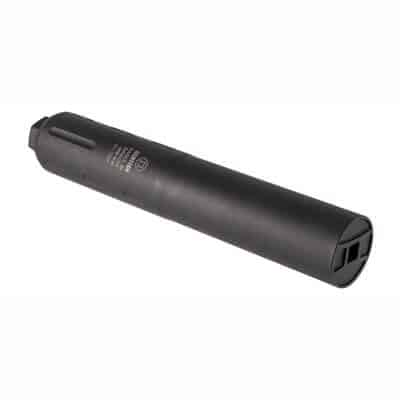 The Best Suppressor Reviews: The Quietest Ways to Shoot

The overall best suppressor is first in line. All the other suppressors will be handled in order of price.

The suppressors that most of us can afford are up front.

The fancy suppressors for the aficionados among us are near the bottom.

The SilencerCo Saker 7.62mm Silencer is quite affordable, as far as suppressors go. And it’s remarkably capable.

There is a multi-caliber suppressor. Even though it’s a 7.62mm suppressor, it works with smaller caliber rounds as well. So you could easily throw this on a 5.56mm carbine.

The sound reduction on this rifle is also remarkable. This suppressor reduces the report of a 300 Winchester Magnum to 137.7 decibels, which is nearly hearing safe. And a 300 Win Mag is a loud gun.

The ASR (Active Spring Retention) system is compatible with a handful of muzzle devices and direct threads. So it’s easy to take advantage of the multi-caliber capabilities because you can easily swap this suppressor between rifles.

Even so, the sound reduction and versatility of this suppressor are hard to beat at this price.

The Q Erector 22 LR Suppressor is wildly modular. It’s an outstanding option for anyone who needs a suppressor for a .22 pistol or rifle.

This suppressor has no outer tube. It’s just baffles that screw together. You can remove baffles to make the suppressor as short as you want.

However, with less baffles, you get less sound reduction. But that means you can customize the size AND the performance. That way you can make your pistol or rifle as compact as you need it, while still getting the hearing protection you need.

The only downside is that you really need all 10 baffles for complete sound reduction. .22LR isn’t tremendously loud to start with. But since there’s no outer tube, the sound dampening on this suppressor isn’t perfect.

But it’s still an outstanding suppressor that delivers a lot of performance and flexibility for anyone who wants their .22 to be very quiet.

This is a 7.62x51mm suppressor. However, it also works with 300 AAC Blackout, 6.8 SPC, and 5.56mm rifles. And it brings the report all of these rounds down to hearing safe or nearly hearing safe.

This suppressor uses a quick detach ratchet system that enables you to attach or remove the suppressor in less than 3 seconds.

And the quick detach system is compatible with multiple Advanced Armament muzzle devices. So you can run this suppressor without losing too much bare muzzle performance.

Lastly, this suppressor is 7.6 inches in overall length, which is fairly compact. You could put this on a standard length rifle without making it too unwieldy (though it would still be over 20 inches of barrel length).

However, this suppressor is a bit tricky to disassemble. If you need to clean it, be sure to set some time aside to do it.

Even though the maintenance is a bit complex, this is an excellent value for the money, especially if you use it on multiple rifles.

The difference between the two is the length.

They’re both fairly compact. Though, the Sandman-S is better if you want a very short rifle or if you want to use a suppressor on a 16 or 18 inch barrel.

However, the Sandman-L is an excellent option if you have a short barrel and want maximum noise reduction.

Additionally, the end cap is removable for easy cleaning and end cap replacement.

And the end cap has an integrated flash hider, which makes this suppressor ideal for tactical professionals who use night vision or shooting in low light conditions.

The quick detach system is super easy to use. And it’s fast. But you have to use a Dead Air muzzle device. They have a flash hider and a muzzle brake, which both perform well. But that’s it. So your muzzle device options are somewhat limited.

But, for the money, both of these Dead Air Armament suppressors perform very well. They’re easy to maintain. And they look pretty rad.

The Surefire SOCOM556-RC2 Suppressor is one of the few suppressors that’s endorsed by the U.S. SOCOM command. So it’s got a solid reputation.

The big deal with this suppressor is that it’s specifically designed to work reliably with military pattern rifles. So it’s an excellent option if you have a barrel between 10 and 14.5 inches.

Additionally, it’s got a relatively compact design. It’s only 6.2 inches in overall length, which won’t make your rifle too unwieldy, even if you don’t have a short barreled rifle. It’s a good suppressor for a home defense gun.

And it reduces the noise of 5.56mm rounds to hearing safe levels.

The quick detach system is fast and easy to use. However, it’s only compatible with Surefire muzzle devices, which are fairly expensive. So this suppressor isn’t the most budget friendly.

Also, it’s not ideal for use on anything other than 5.56mm rifles, even if the round will fit through the suppressor (i.e. 5.45mm rounds).

But, if you need a compact suppressor that works reliably on an AR-15 rifle with a short to medium length barrel, this suppressor perfectly meets those needs.

Gemtech is arguably the best suppressor company. And the Gemtech Dagger Silencer 300 Winchester Magnum certainly supports the case for Gemtech as the top silencer maker.

This suppressor is a real multi-caliber suppressor. It reduces the report of everything up to a 300 WSM to hearing safe levels. It’s an excellent suppressor for 7.62mm and .308 short barreled rifles. And it’s more than enough for something like a 300 Blackout, especially with subsonic ammunition.

And, it’s relatively compact, given the performance. This suppressor is only 8.8 inches long. It’s not the most compact suppressor. But it’s probably as short as you can get while still being rated for magnum rounds.

Additionally, this suppressor is entirely titanium (which is probably why it’s so expensive). That means you don’t have to clean this suppressor as often as other models. And it’s got a ridiculously long service life.

The downsides to this suppressor are that it’s expensive and it’s only available with direct threads, no quick detach system.

But the performance is outstanding. And this might be the best option for those looking for a bolt gun suppressor that could work on their other rifles, if need be.

If you use a rifle for any kind of defense or tactical operations, a suppressor is well worth the money.

The gun could save your life. But the suppressor will save your hearing. And a suppressor helps reduce recoil and muzzle rise. So it helps you shoot better, too.

If you want a solid suppressor that’s affordable (as far as suppressors go), get the SilencerCo Saker 7.62mm Silencer. It’s an excellent suppressor that will work with most common rifle calibers.

A suppressor is basically safety equipment. Will you ever need to shoot without hearing protection? That’s hard to say. But, as they say, better to have it and not need it...