The Best Spots to Pitch a Tent in the U.S.

Camping is the perfect way to unplug, relax, and enjoy the sounds of nature. It’s no wonder more than 40 million Americans enjoy this favorite pastime each year.

Grab your tent and a sleeping bag, and get ready to check some of the best camping destinations in the US. Whether you enjoy a drive-up campsite or disappearing off-grid for days at a time, we guarantee there is the perfect spot for you on our list. 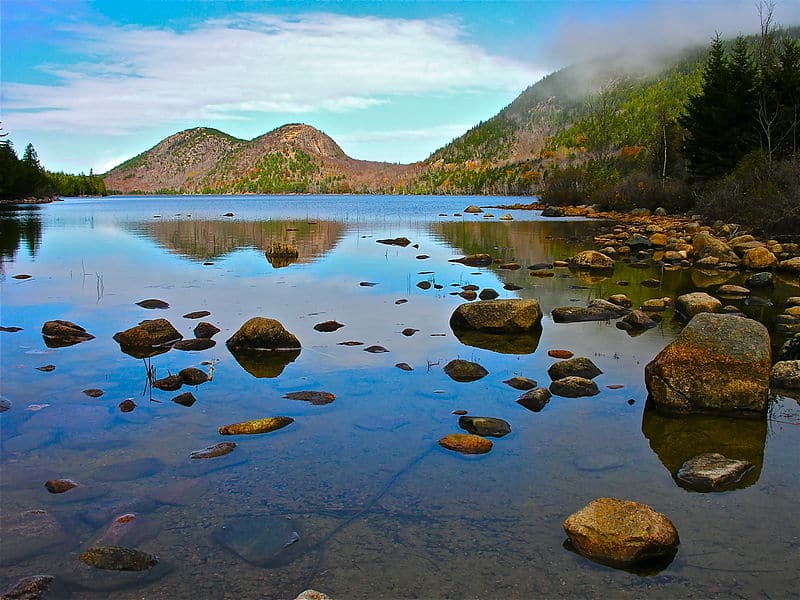 Located on Maine’s Mount Desert Island, Acadia National Park has 17 million acres of forest, 6,000 lakes and ponds, and 32,000 miles of rivers and streams. With lush woodlands, a rocky coastline, and glacier-scoured granite peaks, the park offers some of the most breathtaking views on the east coast. If you’re lucky, you may also get the chance to see moose, bear, or even whales.

There are several campgrounds offering tent camping, as well as five primitive campsites located on Isle Au Haut, a rugged island off the coast. Isle Au Haut is only accessible by mailboat, and reservations are required. 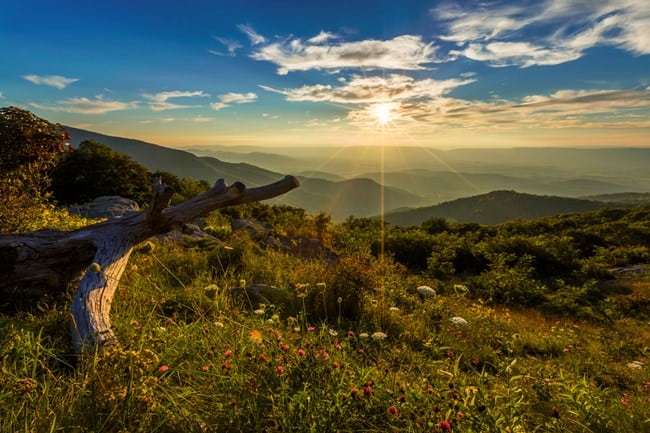 Just a short drive from the center of urban Washington, D.C., Shenandoah National Park offers some of the most glorious mountain views in the eastern U.S. The park has more than 500 miles of hiking trails that lead through lush forests to pristine waterfalls.

Shenandoah is open to the public during the spring, summer, and fall months. Campers can choose from four different campgrounds. Fall is the park’s busiest time as people from across the country come to view breathtaking autumn foliage. 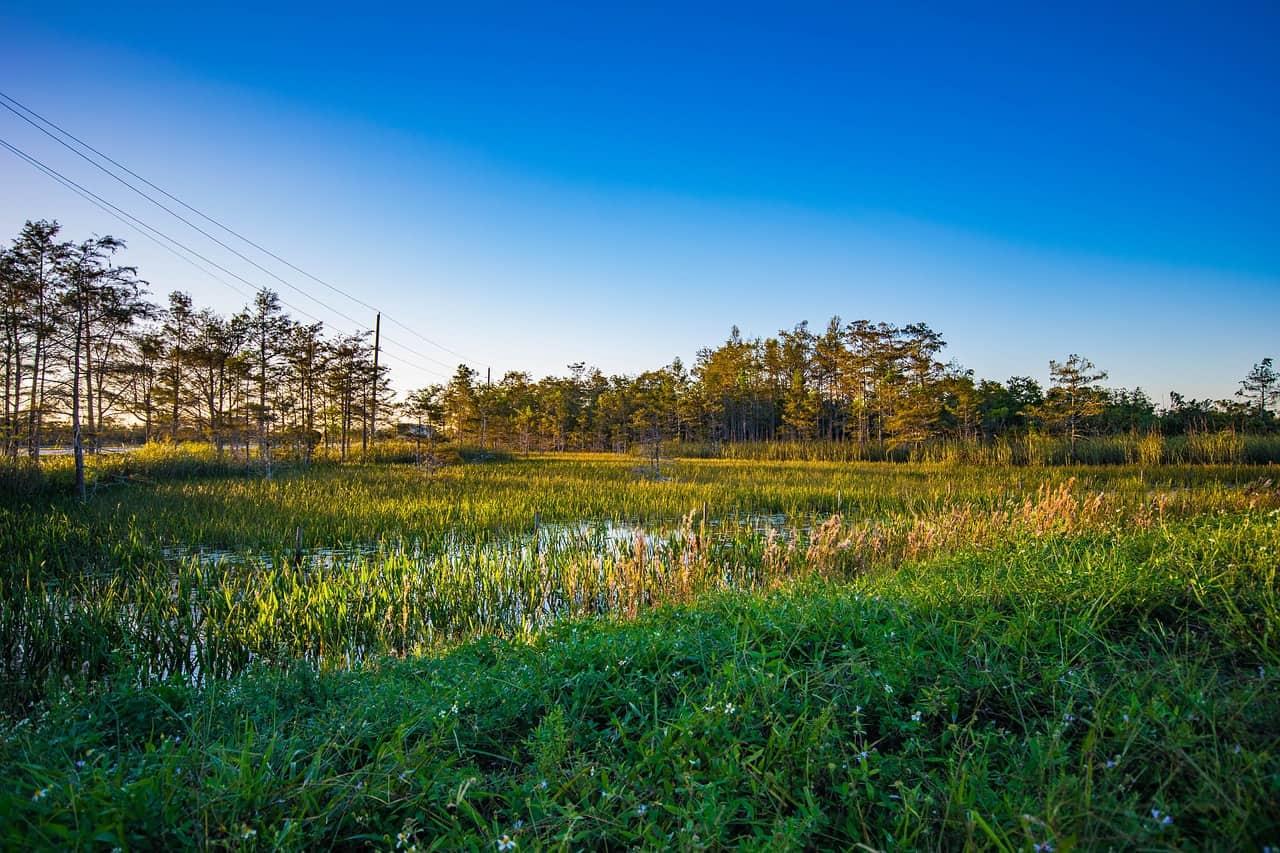 There is plenty to do in the 1.5 million acres of wetlands within Everglades National Park. The Everglades has two distinct seasons. The Dry Season lasts from November to March and tends to be the park’s busiest season. The warm winter of southern Florida attracts a large variety of wading birds (along with their predators), making this the perfect time for bird watching.

The Wet Season takes place from April to early November. If you plan a visit during these hot, sludgy months, bring plenty of bug spray!

When it comes to camping, take a canoe trip and enjoy camping along the 99-mile Wilderness Waterway.

It’s an experience you won’t be able to replicate anywhere else in the world. 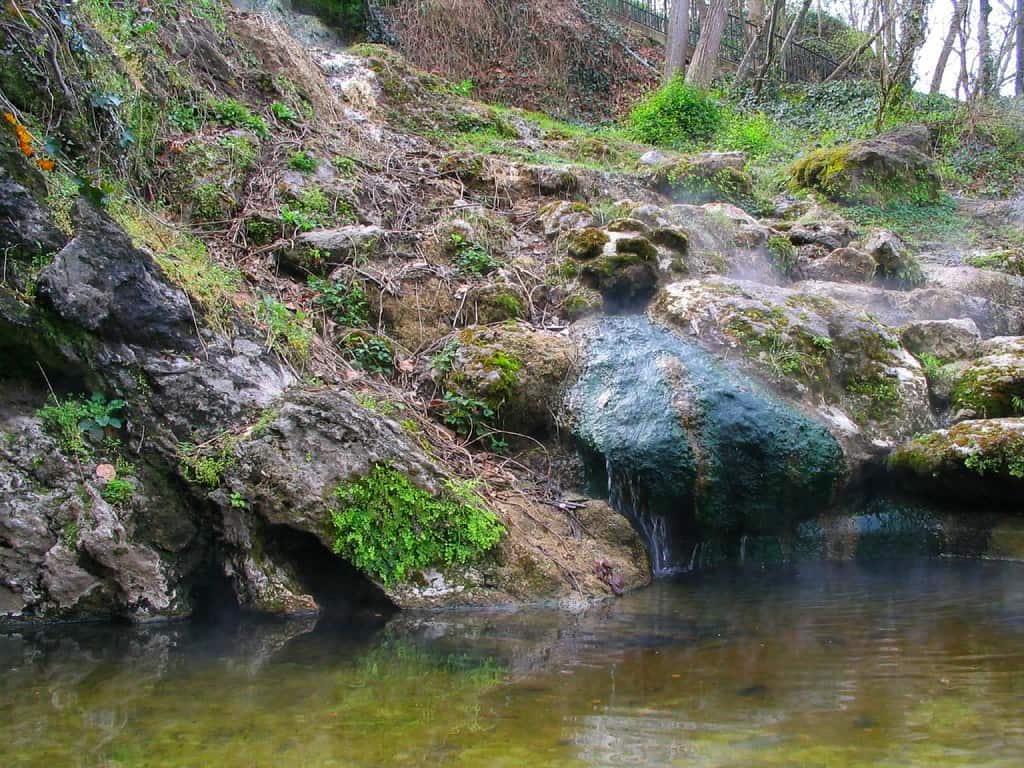 If you aren’t convinced that camping is a relaxing way to spend your vacation, you need to consider Hot Springs National Park in Arkansas. Even if you decide to spend your visit in a tent, you can let all your stress and worry soak away in the natural hot springs.

The park also offers some gorgeous scenic roads and trails. Nestled in the Ouachita Mountains, Hot Springs National Park has forty campsites in the Gulpha Gorge Campground. Not a destination for backcountry campers, each campsite has convenient parking, a picnic table, pedestal grill, and running water. 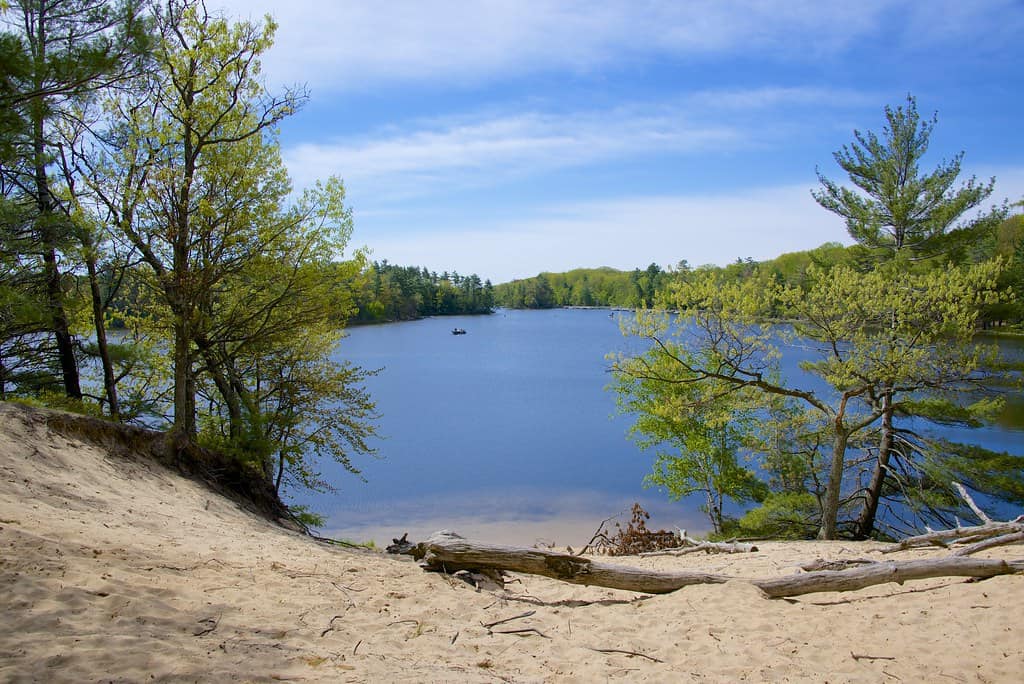 The park is perfect for watersports, with several miles of shorelines along both neighboring lakes. A one-mile stretch of the Big Sable River also runs through the park, making it a perfect destination for fishing, boating, canoeing, paddleboarding, and tubing.

Ludington Park is also home to Big Sable Point Lighthouse, which is open for tours May through October.

The park is also home to three modern campgrounds, featuring 360 campsites and three mini cabins. If you like to get off the beaten path, Ludington Park also has something for you, too. There are ten remote tent sites along a one-mile trail perfect for backpackers.

Camping in Glacier National Park is permitted only in designated campgrounds. However, with thirteen developed campgrounds and more than 1,000 established campsites, the park provides plenty of camping opportunities.

700 miles of trails allow hikers to traipse through gorgeous forests, meadows, and mountains. You just need to be aware of the dangerous bears and mountain lions that call Glacier home.

If hiking isn’t your jam, the park’s Going-to-the-Sun Road provides 50 miles of highway that winds its way through the park with plenty of hairpin excitement and gorgeous views. 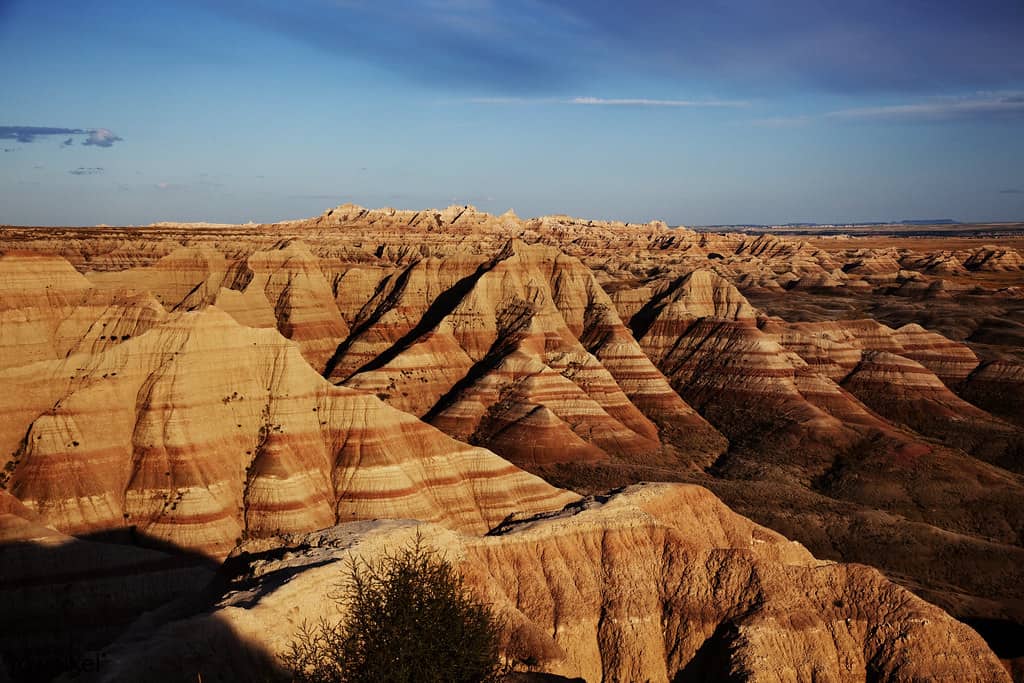 With 244,000 acres to roam, Badlands National Park is a rock climber’s dream. The landscape is littered with painted rock structures and striking geologic deposits, offering amateur geologists and archeologists ample opportunity to hunt for fossils and early human artifacts.

Whether you choose backcountry camping or a stay in one of the park’s two campgrounds, you’ll get the chance to see some of the most beautiful sunsets, colorful flowers, bountiful wildlife, and breathtaking scenery the United States has to offer. However, campers need to come prepared for the park’s rough climate and venomous critters. 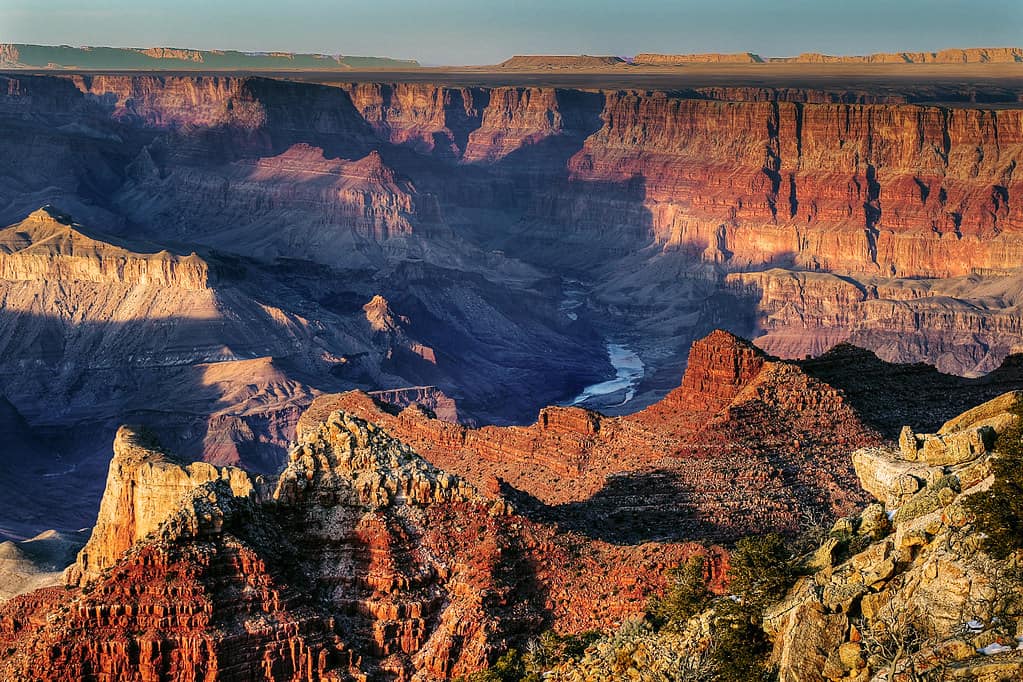 If you’re looking for stunning views, Grand Canyon National Park is hard to beat. The park offers wide views of the canyon’s layered bands of red rock that drop to the Colorado River below. The views are spectacular, particularly at sunrise and sunset.

The park has four developed campgrounds. Rangers recommend reservations for Mather Campground and the North Rim Campground. For those wanting to get well away from the crowd, backcountry camping is allowed with a permit.

Note: Most tourists visit the South Rim, so if you want more elbow room, head for the North Rim instead. 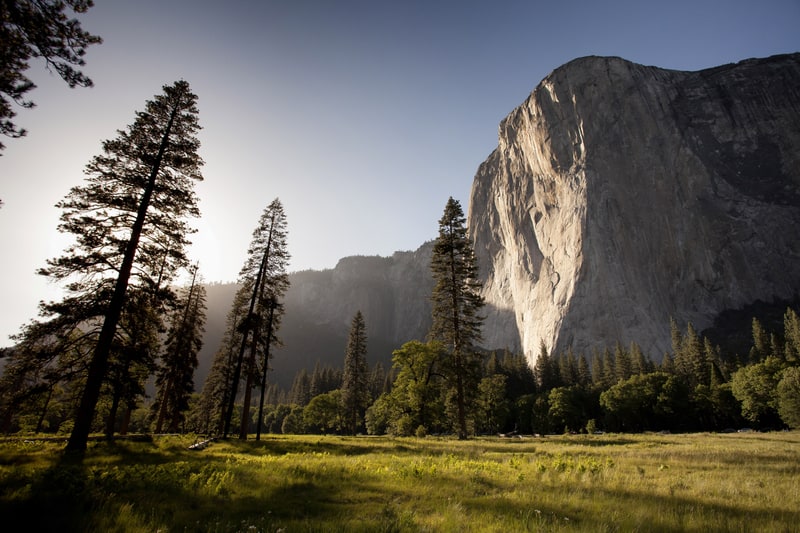 Although Yosemite National Park has gained a bit of a touristy reputation in recent years, this destination is completely worth the hype. The park sees approximately four million visitors each year. However, 95 percent of the park’s 1,169 square miles is untamed wilderness. That means if you don’t want to be bothered by cars, ATVs, or other campers, Yosemite provides plenty of opportunity to slip away from modern civilization if that’s your goal.

While remote camping may sound enticing, inexperienced campers may want to stick to one of Yosemite’s fourteen campgrounds. If you want to hike into the wilderness, be sure to have an emergency kit and plenty of provisions.

Finding help should problems arise can be problematic. 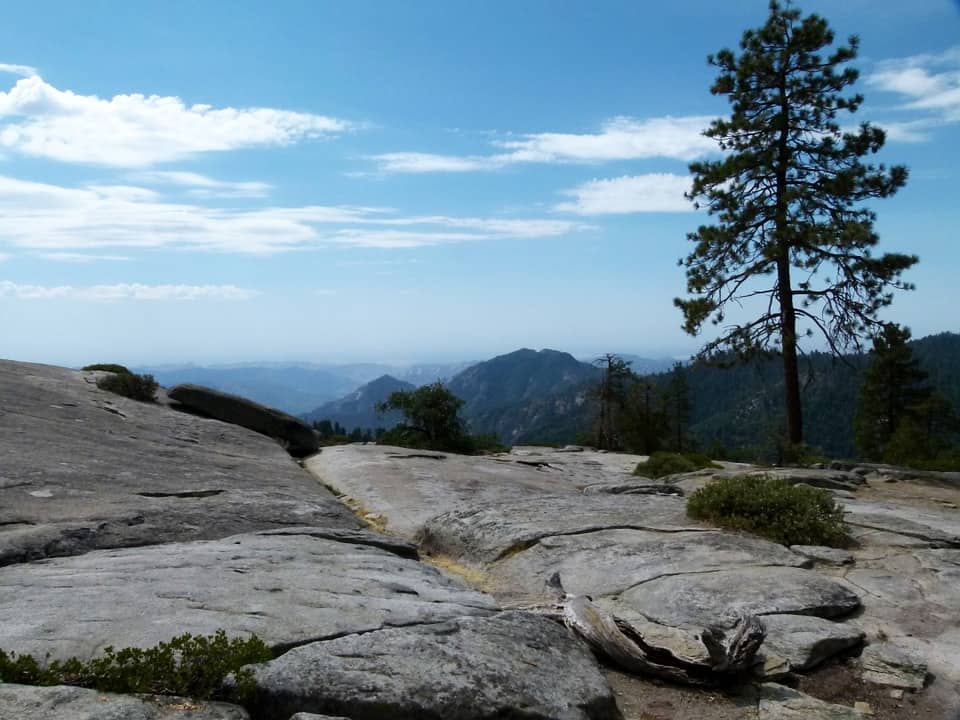 Located in the southern Sierra Nevada mountains, Sequoia National Park is best known for its massive sequoia trees. Must see sites include the General Sherman Tree dominating the Giant Forest, the Tunnel Tree (a toppled tree cut to accommodate the road), and the underground Crystal Cave.

There are fourteen main campgrounds between Sequoia National Park and neighboring Kings Canyon National Park. Most of the campgrounds offer first come, first served camping. However, some allow you to make reservations up to six months in advance. 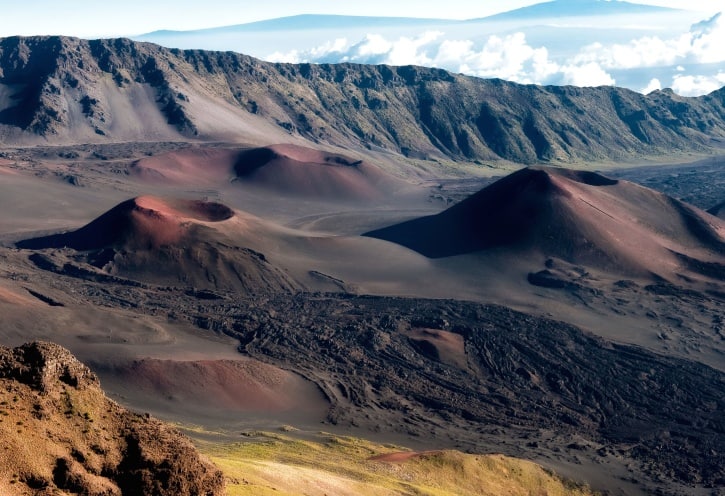 Hawaii isn’t exactly popular as a camping destination. Most of the 9.3 million annual visitors visit the islands’ more popular resort areas. However, Volcanoes National Park is one of the most stunning places you could ever choose to pitch a tent.

The park features plenty of short hiking trails that will allow you to explore unusual volcanic rock formations. The park is also home to some unusual plants that have evolved to survive the harsh volcanic environment. However, the most uniques features of the park are the two active volcanoes, Kīlauea and Mauna Loa.

The park has two drive-in campgrounds. There is also ample opportunity for backcountry camping, although registration is required. 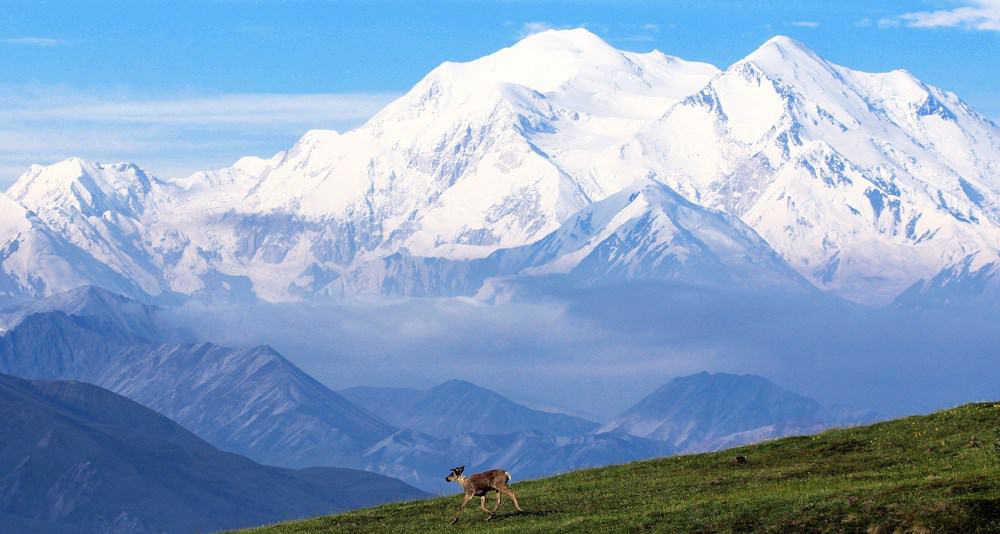 Denali National Park is home to Mount McKinley, North America’s tallest peak. With more than six million acres of pristine wilderness, Denali has some of the most gorgeous scenery anywhere in the world. Visitors often have experiences that stay with them for their entire lives. Those experiences often include close encounters with wildlife like golden eagles, Kodiak bears, and gray wolves.

Campers can choose from six campgrounds located along the park’s single road.

With the exception of the Riley Peak campground, Denali’s campgrounds are only open to visitors during the summer months.

You may have noticed that all the exciting camping destinations on our list are national or state parks. Although public park status wasn’t on our list-making criteria, we aren’t all that surprised.

The United States hosts 58 national parks and 10,234 state parks. Our public parks are well-maintained and offer a plethora of educational opportunities, as well as some of the most affordable camping in the country. Not to mention the fact that most of the country’s natural national landmarks lie within the boundaries of public land.

With hundreds of thousands of acres of public land, from stunning ocean views to magnificent mountain scenery, our public parks provide some of the best spots to pitch a tent in the United States.