Body Armor: Why to Have it and How to Choose it

Modern body armor can protect you against an array of threats. If you want to protect yourself against ballistic or edged-weapon threats, you can purchase soft (flexible) or hard (rigid) vests and inserts. They may save your life.

Why Should You Think About Body Armor

Bullets can cause catastrophic injuries. Modern medicine and increased emergency response times have helped reduce the fatality rate from gunshot wounds. But prevention is always the best remedy.

In this uncertain world, you may have wondered whether you should invest in body armor.

A ballistic vest, sometimes called a bulletproof vest, can significantly increase your chances of surviving firearm assaults. However, not all vests and accessories are alike, and it’s essential to understand the basics before buying armor.

Modern body armor protects against ballistic threats — i.e., bullet and fragments — and edged weapons like knives and other stabbing instruments. As with firearms and other weapons, what type of body armor is appropriate for you depends on your circumstances.

How to Choose Body Armor?

If you’re in the market for body armor, there are several factors you’ll need to consider before placing an order.

What threat do you expect to face? Kevlar body armor protects you against handguns, but as the cartridge’s power increases, so must the number of layers that comprise the vest. This gradually increases weight and bulk.

If you need protection against rifle threats, you’ll need hard, rigid plates in corresponding carriers, which you can wear on the outside of soft vests.

In the United States, the National Institute of Justice classifies body armor according to specific threats to establish minimum performance standards.

The first series of standards relate to the ballistic threats posed by subsonic and supersonic handgun projectiles and shotgun ammunition (buckshot and slugs).

The second series describes ballistic vests that can protect against high-velocity rifle bullets, such as those fired from tactical carbines and hunting weapons.

All previous levels denote soft body armor designed to protect the wearer against handgun ammunition and shotshells. Level III represents a departure from soft body armor and a transition to hard.

Level III may still include Kevlar to protect against lesser threats and secondary fragmentation, but the primary armor will consist of ceramic, hardened steel, titanium, or a combination. The NIJ rates Level III to stop 7.62×51mm NATO M80 (147-gr. FMJ at 2,780 ft/s ± 30 ft/s). It should also protect against 5.56×45mm M193 and M855.

This level probably won’t be relevant to you unless you’re interested in preparing for the direst of survival scenarios — including fighting armor-clad assailants. Level IV is rated to protect against armor-piercing (AP) rifle ammunition. For a vest to be rated Level IV, it must be able to withstand .30-06 M2 AP rifle cartridges (166 grains at 2,880 ft/s ± 30 ft/s).

Do you intend to wear the vest under your clothing or overtly? You should consider the implications of both. A tactical ballistic vest you wear externally has its advantages and disadvantages. These include the ability to wear more substantive protection — i.e., rifle plates — and increased storage capacity while also revealing your status.

Modern ballistic vests and plate carriers often feature PALS (pouch-assisted ladder system) webbing that allows you to attach pouches, holsters, and other equipment. If you’re contemplating purchasing body armor for home defense or prepping, this could be the best choice. However, this is also highly conspicuous — you will draw attention to yourself.

Assuming you’re involved in an armed confrontation, an assailant who can see you’re wearing body armor can also decide to aim for those parts of your body that are unprotected. These types of vests are heavier.

Concealable body armor allows you to protect yourself against knives, handguns, and other relatively low-powered weapons discreetly. This also reduces your chances of being discovered.

Your choice of body armor also depends on your climate and manner of dress. Lightweight, soft vests, for example, are more comfortable to wear in warmer climates.

The focus of modern body armor is to protect against high-velocity ballistic threats — i.e., bullets propelled from firearms. Modern body armor can be divided into two categories, according to armor type:

Soft body armor is composed of high-strength synthetic fibers called aramids. There are several options available on the market, but the most common is Kevlar.

DuPont chemist Stephanie Kwolek invented Kevlar in 1965. Since then, this material has become the default choice for soft bullet-resistant vests. Relatively lightweight and pliable, body-armor manufacturers weave several Kevlar layers to act as a net, catching the bullet and dispersing its energy in the process. The resulting deceleration allows the vest to stop the bullet.

Due to its pliability and lightweight construction, you can wear a Kevlar vest discreetly under clothing.

Hard modern armor consists of rigid plates or inserts composed of metal, ceramic, or ultra-high-molecular-weight polyethylene (UHMWP). These plates can be worn inside carriers attached to load-bearing tactical vests and soft body armor for additional protection. The primary disadvantage of hard body armor is the weight.

What Is a Flak Jacket? 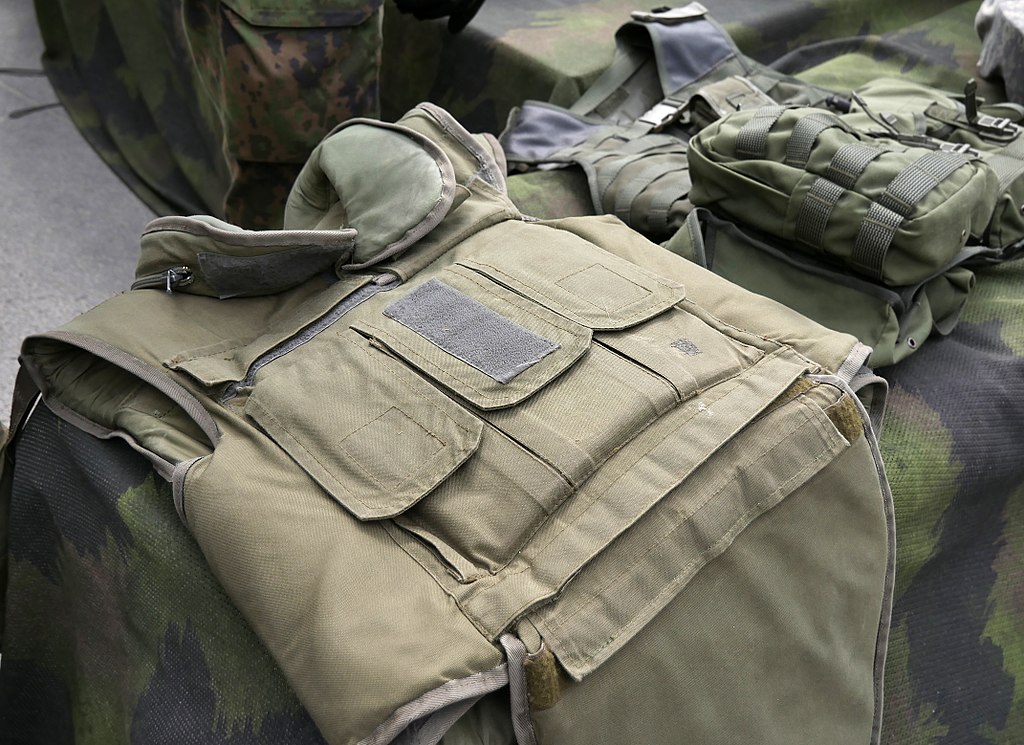 You may have heard the term “flak jacket” used in relation to body armor. The original WWII-era flak jacket was designed to protect bomber crews from the fragments from flak cannon shells, hence the name.

The designation has remained in use to describe fragmentation vests. This type of vest is designed to protect against fragments from artillery and mortar shells and grenades.

Once you determine whether you need body armor and what type would suit you best, you can start your search. The first criterion you need to know is threat level. Do you want to be prepared against handguns or rifles?

Also, determine if you want your body armor to be concealable for everyday use or overt for tactical operations or home defense?

Body armor can make a significant difference to your survivability in self-defense or combat. Whether you decide to wear a concealable vest or buy body armor for home-defense planning, you should know what’s involved.

How to Attach a Two Point Sling