How to Prepare for the Worst Case Scenario in Self-Defense

There are a lot of well-meaning instructors out there with a military background. And they teach what they know: the stuff they learned in the military.

Civilians simply can’t use the same tactics that the military can.

Let’s talk about the differences between civilian and military tactics. Then I’ll cover what works better in the civilian sector.

Before we dive in, I’d like to clarify something: I’m talking about tactics, not shooting techniques.

Regardless of your school of thought on shooting, many—possibly most—of the shooting techniques are applicable in both sets of tactics, with the exception of techniques that are thoroughly adapted to a very specific shooting context (such as the one-handed shooting position with one hand behind your back that was once popular for target shooting. It’s probably still popular somewhere).

When I say tactics, I’m talking about the things you do before and after the actual shooting part of a self-defense incident. For the purposes of this discussion, how you shoot the gun is not the most relevant thing.

The massive difference between civilian tactics and military tactics is what sort of force you’re allowed to use.

Military tactics are designed around the offensive use of force. Yes, there are doctrines and tactics designed for static defensive positions.

But the bottom line of military tactics is that if you’re in a defensive position, find a way to go on the offense. In fact, the overarching mission statement for Marine Corps rifle squads is to “locate, close with, and destroy the enemy.” 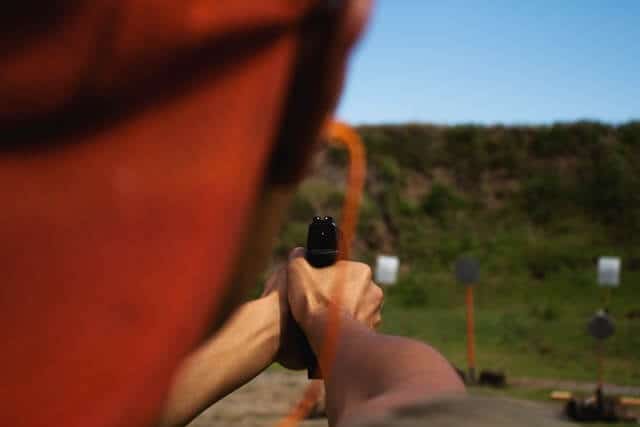 If you’re in a war, you’re at a huge disadvantage if you wait until the enemy attacks before you try to kill them. So you go find them and kill them first.

Civilians can definitely not go find bad guys and preventatively kill them.

Say you get a handful of your buddies together, go to your neighborhood criminal’s house at 4:00 AM in the morning, kick in their door, put a light in their face so they can’t see you, then take them back to your basement and kick the heck out of them until they tell you where all their criminal friends live.

That’s massively illegal for civilians. You’re pretty much a serial kidnapper at that point, even if you’re serial kidnapping bad guys.

In short, many military tactics will severely compromise your claim to self-defense. Offensive use of force is, by definition, not defensive.

Military units take great pains to avoid putting people in situations where they must fight as an individual. The smallest unit of movement in most modern military doctrines is the buddy pair—two people.

The military has the people and the resources to protect their people from having to work alone most of the time. Civilians don’t have the same people or resources.

Chances are, if you must defend yourself in the civilian context, you’ll most likely be alone. Or, it could be worse than being alone. You could be with people who you actually have to protect, like your family.

As a civilian, not only are you not going to have a squad to watch your back, you may have to watch other people’s backs without help. So it would be folly to use tactics that rely on having backup that’s not there.

Another thing about military tactics is that—at a strategic level—they’re built around everybody having a rifle and other weapons.

That’s why people in conventional military units aren’t allowed to use just any gun they want (specialized units have more latitude here. But they tend to stick with certain weapons, because they know what works). The strategic command needs to know the exact capabilities of each unit, so they can deploy those units according to their abilities.

Most civilians don’t roll around with a carbine at the ready. Maybe you have a carbine or AR pistol stowed in your vehicle. That’s cool. But the reality is that you most likely won’t have access to it when you need it (though, I’m not opposed to having a firearm in your vehicle. But a lot of things need to go right for you to deploy that gun).

The most likely scenario is that you’ll be using a concealed handgun, a pocket knife, or maybe just your hands to defend yourself.

Yes, the military engages at those distances, especially in urban operations. But a high percentage of conventional military engagements occur beyond 25 meters. That’s much further than typical civilian defensive incident distances.

So it’s wise to use tactics that account for the much shorter engagement distances you’ll be dealing with.

What To Do Instead…

There are tactics that account for the realities of the civilian context. Obviously, the big thing to think about is legality.

Whether you like it or not, somebody is going to evaluate what you did and decide whether or not what you did was criminal or defensive. That’s why it’s wise to avoid tactics that are based on the offensive use of force.

With that in mind, here’s how to make good tactical decisions in the civilian context.

For some reason, this piece of advice often turns out to be controversial. But it’s smart.

As a civilian, it’s not your job to go find bad guys and fight them. It’s your job to stay alive and keep your family alive. In almost every situation, looking for a fight is not the best way to do that, even if said bad guy is in your house.

Even inside your house, tracking someone down and using lethal force on them compromises your claim to self-defense, at best.

It’s not a good idea to use tactics that turn your self-defense claim into a coin flip.

Additionally, if you look for a fight and find one, you might lose. Even highly trained operators lose gunfights sometimes. You won’t lose the fight if you don’t get into it in the first place. 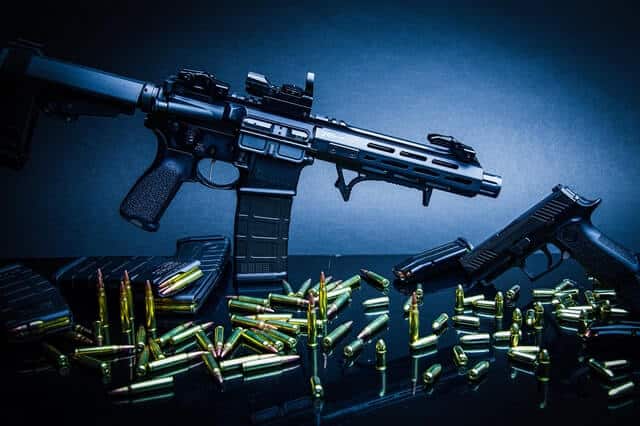 So a much better tactic would be to get to a defensive position of advantage, and let the attacker come to you, if that’s possible.

That may not be possible. But—in many scenarios—the defender has the advantage, especially inside a building. Don’t give up your advantage as the defender by putting yourself in the offensive position.

Plan To Avoid Getting Killed Before You Fight Back

The unfortunate reality of only using lethal force defensively is that you can’t use it until you know that there’s a threat. You can’t just shoot everyone preemptively because they might maybe try to kill you.

In many situations, that means that you have to wait until after the attack has started before you can use lethal force. That puts you pretty far behind the eight ball.

No matter how fast you can get your gun out and shoot, you’re not going to draw faster than somebody who’s already got their gun or knife or whatever out.

So, you have to avoid getting killed before you try to kill the other guy back. You have to get whatever thing you’re going to use to defend yourself out before you can use it, anyway. And, your gun or knife or whatever you’ve got might not be the best solution in that situation.

Therefore, you may as well do whatever you can to avoid getting killed until you get your own defensive tool into the fight.

That might be moving out of the way of the attack or getting your hands up to protect yourself until you have an opportunity to use your weapon.

In any case, you should plan for the possibility that you may need to defend yourself without your weapon until you can get to it. Don’t assume you’ll be able to go straight to your gun or knife or whatever else you might carry.

Understand That The Attack Will Probably Be An Ambush

Yes, it’s possible for military and law enforcement teams to be ambushed.

However, getting shot at is less surprising when you’ve put on a whole bunch of tactical kit, exited a protected position, and ridden a helicopter or humvee into an environment where you were explicitly told that people would probably shoot at you.

If you’re a civilian, and you live in a place where you expect to be shot at when you leave your house, you should move, if at all possible.

In ordinary civilian life, being attacked is almost the complete opposite of what we expect to happen.

When your kid drops his ice cream cone on your shoe outside the ice cream shop, being attacked is probably the last thing you expect to happen next.

The same goes for when you’re waiting in line at the bank. Or when you’re standing at the office copy machine waiting for that ancient relic called “paper” to pop out.

The bottom line is that being attacked is far more surprising when it happens in ordinary civilian life than it is for military units operating in a hostile environment or law enforcement officers who are tasked with going to the places that civilians wisely avoid. 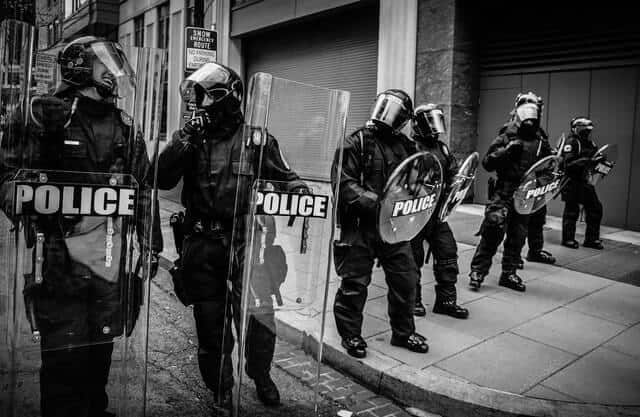 If being attacked is not surprising for you, you should move or change your lifestyle or both.

Also—no matter how aware of your environment you are—you can’t observe everything. And humans are very good natural predators. So the people who might attack you will be actively working to avoid being spotted before they launch their attack.

All this adds up to mean that, when you get attacked, you will probably be incredibly surprised. It will be the absolute definition of an ambush.

That means you’ll have to figure out what the hell is going on, process what’s happening, determine the best response, and then execute.

You need to account for this information processing and decision making process in your training.

Otherwise, you may attempt to execute a choreographed set of actions, which may or may not work in the situation. Or you may perform your defensive actions far worse than you anticipate, because you’re attempting to perform these actions within a far different context than you’ve practiced them. Or your response may suffer from some combination of both of these factors.

Additionally, preparing to respond to an ambush will help prepare you to respond to everything that’s not as bad as an ambush. If you pick up some sort of pre-contact cue, then you’re simply some number of steps further ahead in your response that you had planned to be.

So, it’s ultimately best to train and prepare to be playing catch-up if you must defend yourself from an attack.

Getting Through the Hard Moments

It might not always be this way. But—as it stands now—the vast majority of people who live in the United States will never need to defend themselves from a potentially lethal attack. And that’s great.

And, when you develop your self-defense skills, you’ll be able to respond most efficiently in an actual defensive incident if you’ve learned the most applicable skills and practiced them within the most relevant context.

It’s not that military and law enforcement tactics are unrealistic. They’re just not designed to work within the civilian defensive context. So it’s best not to lean too heavily on those tactics.