Clip vs. Magazine: A Lesson in Firearm Terminology

So what is the difference between a magazine and a clip?

It's reasonably straightforward when you look at these definitions:

A magazine is designed as a device that holds ammo to be fed into the chamber of a firearm.

A clip is designed as a device to hold ammo together to be ready to load into a magazine or cylinder of a firearm. 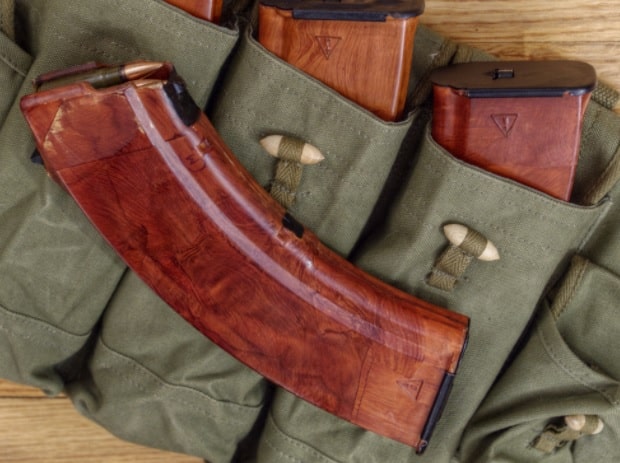 So that's it!  A magazine feeds rounds into the chamber, and a clip feeds rounds into a magazine.  It's pretty easy to see why these terms could get mixed up so easily.  Now that you know the difference between the two items let's take a look at different types of magazines and clips so you can better understand what these definitions actually mean.

There are many different types of magazines for firearms that work in various ways.  Some are internal, such as those on bolt-action rifles, and some are detachable for quick reloading.  Some even feed rounds from a tube!  Here's a look at some of the most popular types of magazines :

The box magazine is the most common, and most popular, type of magazines in use on rifles today.  There are two basic types of box magazines: the Internal Box Magazine and the Detachable Box Magazine.  Both of these function in the same way but are loaded and carried in different fashions.

The internal also called integral box magazine is most often found on bolt action rifles.  It is also quite common on older semi-automatic rifles such as the M1 Garand and SKS.  The internal box magazine is built into the firearm and is not designed to be removed for reloading.  These magazines are loaded from the top of the gun, either one round at a time or through the use of clips (which we'll explain in more detail below). 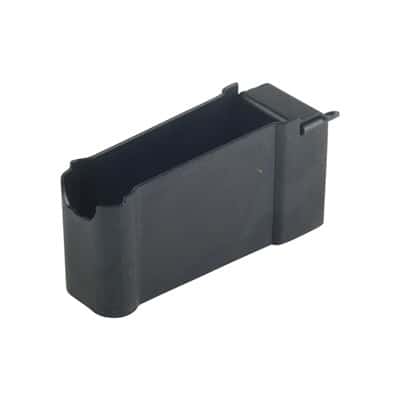 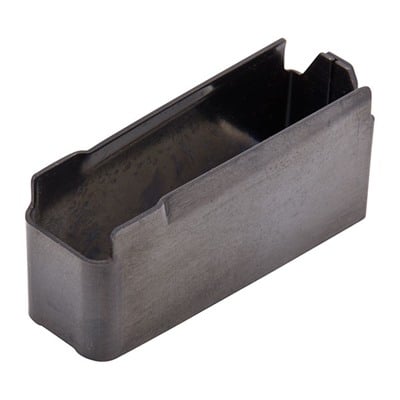 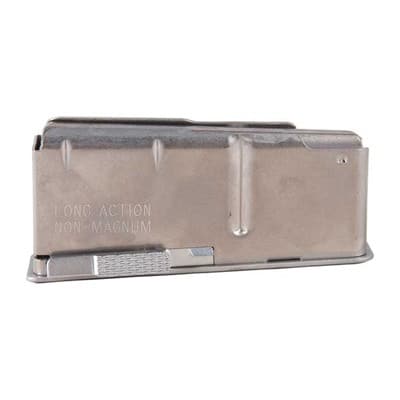 The detachable box magazine is designed to remain loaded and apart from the firearm until it is needed for use.  These are extremely common today and are found on conventional rifles such as the AR-15, Ruger 10/22, AK platforms, and most modern semi-automatic rifles.  They are easy to carry and transport and make reloading the gun much quicker than the internal box magazine. 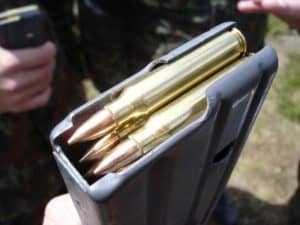 Ever been confused about the term STANAG?  Keep reading.

You may encounter this term, so I wanted to cover it briefly.  The term STANAG refers to the NATO agreement to allow soldiers to effortlessly share magazines for their rifles, even if the makes and models are different.  STANAG magazines are designed to be used in rifles chambered in 5.56mm and will fit a plethora of various firearms including the AR/M-16/M4 family, SCAR, HK416, as well as many other models from Beretta, SIG, FN, and IMI among others.

A tubular magazine is fixed to the firearm and feeds rounds into the chamber via the use of a tube, spring, and the firearm's action.

Tubular magazines are most common on .22 rifles, lever action rifles, and shotguns and are usually found underneath the barrel, though some older .22 rifles did use magazines located in the buttstock.

Rounds are loaded into a tubular magazine one at a time.  The rounds are then loaded into the chamber using the action of the firearm.

Clips, for the most part, are an optional item to be used in aid of loading firearm magazines.  They make reloading magazines quicker and easier.  Here are some of the most common types of clips you will see today: 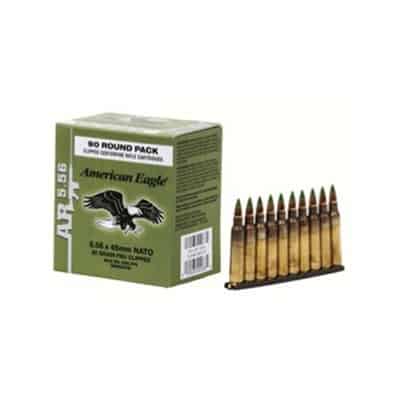 It is by far the most popular type of clip and is typically used for loading internal box magazines.  As the name may imply, a stripper clip holds ammunition on a strip of metal ready to be loaded.

To use a stripper clip, you position it on top of the magazine, whether on a bolt-action rifle or semi-automatic and push all of the rounds down into the magazine with one motion thereby "stripping" them off the clip.

Stripper clips can also be used for loading detachable box magazines.  The clip works in the same way as with internal magazines - place the clip on top of the box magazine and press all the rounds down into the magazine with a swift motion. 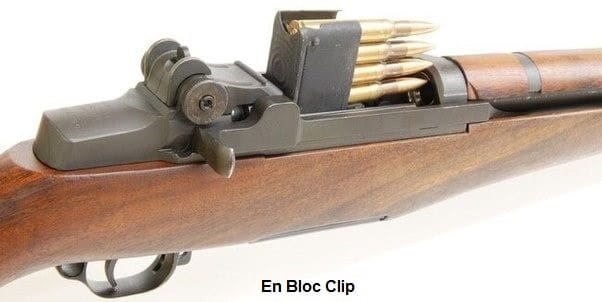 We've all seen WWII movies and heard that distinctive ping! sound when an M1 Garand fires its last round.  That unique sound comes from the use of an En Bloc Clip.

Unlike stripper clips which are removed after loading, En Bloc Clips are designed to be inserted fully to the magazine of the firearm.

The internal magazine pushes the rounds up through the clip into the chamber to be fired.  When the last round is fired, the En Bloc clip is removed or ejected from the rifle.  While many old guns experimented with En Block clips, it has never been as traditional as stripper clips.

Most people are familiar with En Bloc clips due to the M1 Garand rifle and its use through WWII and the Korean War.  At the time most militaries were armed with bolt action rifles.  The introduction of the M1 Garand into service saw the first widespread use of a semi-automatic rifle issued to infantry units. 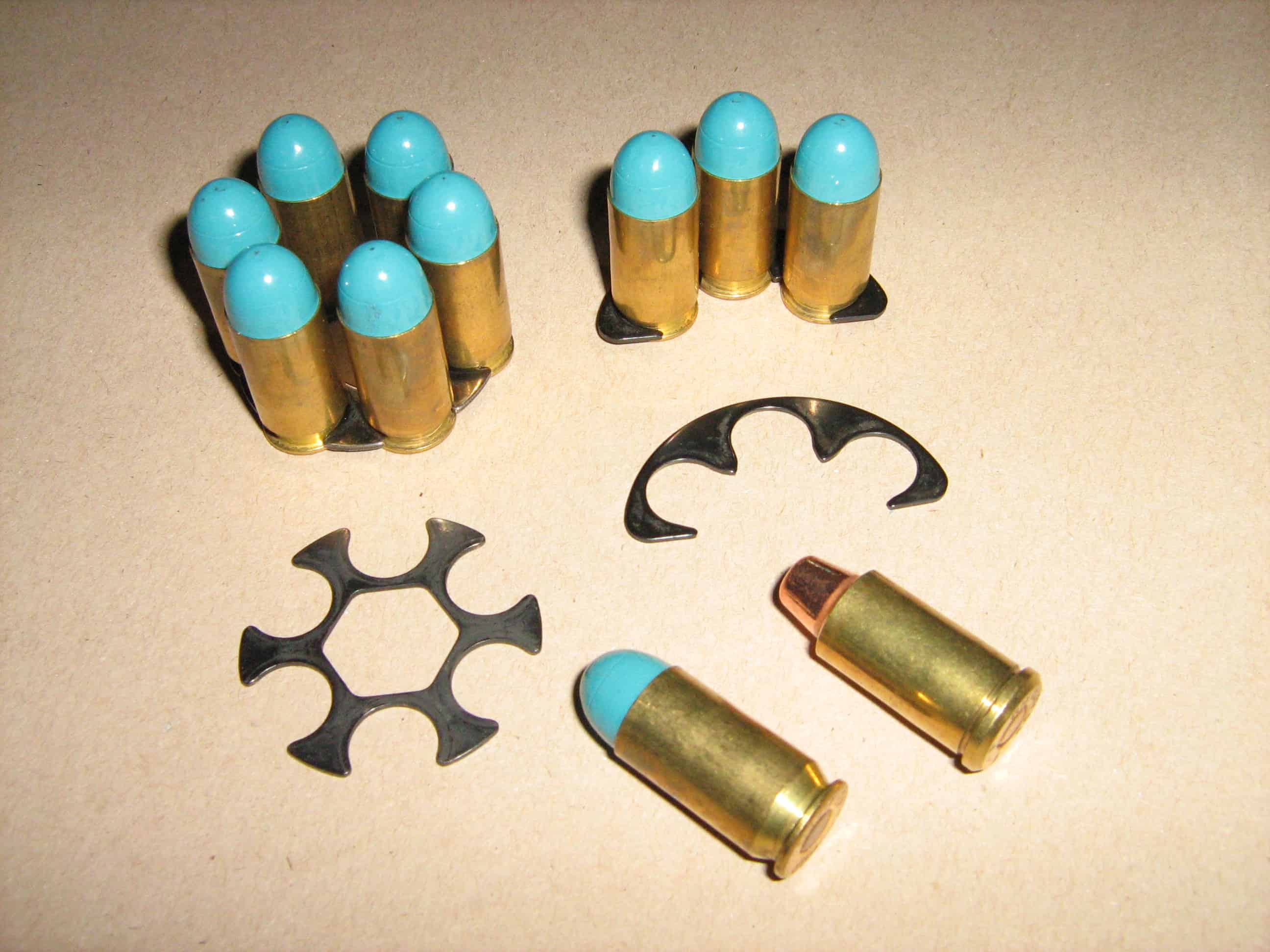 As mentioned above, revolver cylinders are not considered magazines but can use clips.  It is usually seen on revolvers chambered in automatic pistol cartridges such as 9mm or .45 Auto.

This is due to the fact that pistol ammo does not have a rimmed cartridge while standard revolver rounds do, allowing for effortless extraction from the chamber after firing.

Full moon and half moon clips hold 6 or 3 rounds, respectively, for easy insertion into the cylinder of a revolver.

They also allow for quick unloading of empty shell casings after the rounds have been fired.  While still used with limited capacity, for the most part, moon clips have been replaced by the more popular speed loader.

So now you know the primary differences between magazines and clips.  You know that magazines load rounds into a chamber of a firearm and that clips are used to aid in loading magazines.  You know the different types of each and how they can be used together.

While there are several more variations of both, this information will aid you moving forward - and the next time someone else misuses the terms you'll be able to help them understand the difference between the two.

You should also check out:

Why You Should Get Pistol Magwells