Quick Navigation
Background and Design
Common Issues
Failure to fire
Failure to eject / Failure to extract
Failure to feed
​Serious Malfunctions
Should I Buy the Glock 44? 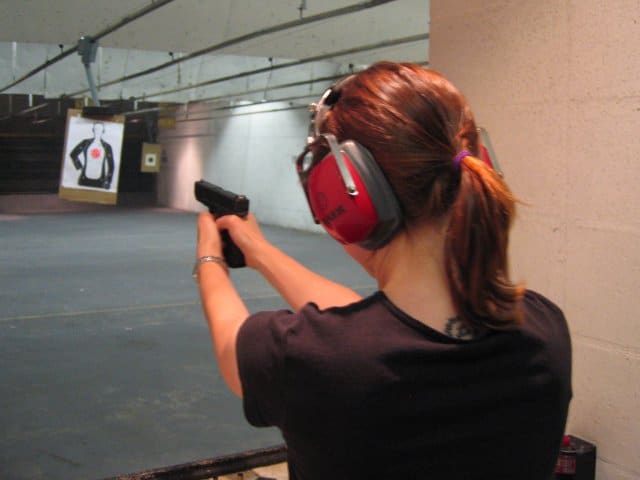 The Glock 44 is the first rimfire pistol ever produced by the legendary Austrian gunmaker. Chambered in .22 Long Rifle, the Glock 44 is intended to provide a low-cost training, practice, and plinking pistol in a gun with the overall dimensions and handling of America’s most popular pistol, the Glock 19.

However, uncharacteristically for Glocks, the Glock 44 appears not to be as reliable as the company’s other pistols. But what exactly is wrong with it? Is the G44 unreliable?

How does the Glock 44 work, what kind of problems you should expect, and what can you do about it? 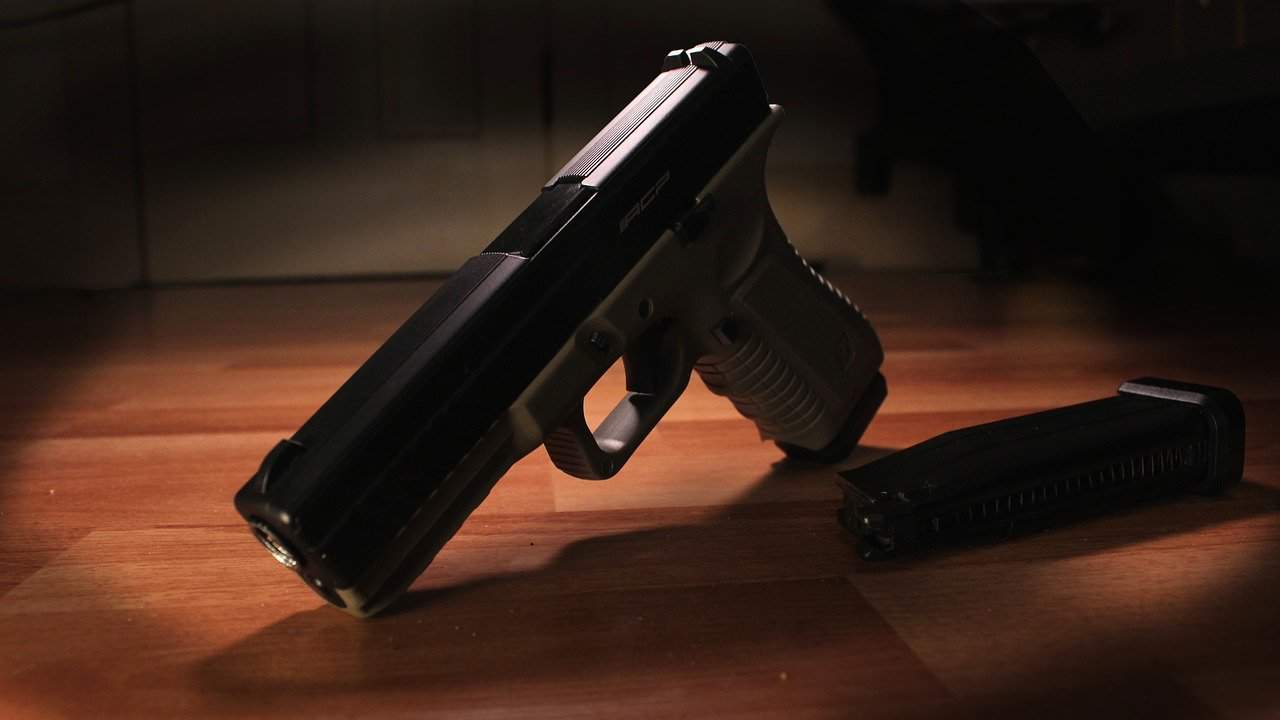 Introduced at SHOT Show 2020 and becoming available in stores in January of the same year with an MSRP of $429, the Glock 44 is well-known for being the first officially produced rimfire Glock.

Before the G44’s introduction, the only way to shoot .22 Long Rifle out of a Glock pistol was to purchase a rimfire conversion kit. These kits typically included a complete slide assembly and a dedicated magazine designed to interface with standard Glock frames.

Despite the external dimensions being very similar to the Glock 19, the Glock 44 is a fully proprietary design, employing a polymer slide resting on steel inserts and interfacing with steel rails on the frame. This design contributes to the Glock 44’s exceptionally lightweight construction; even with a loaded magazine inserted, the G44 weighs only 16.4 oz.

Despite the attractive specifications, problems and issues regarding the Glock 44 surfaced within weeks of its release on the US civilian market. 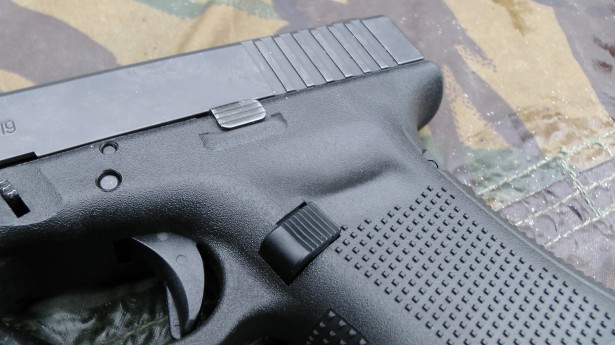 If you are familiar with Glock products, you probably know that their products are renowned worldwide for their reliability, accuracy, and simplicity. While it isn’t a complicated or even an inaccurate handgun, the Glock 44’s problems are mainly reliability issues, to the point that some industry commentators and experts refer to the G44 as the worst pistol Glock has ever released. But is that a fair assessment?

One of the most common Glock 44 problems you may encounter is the failure to fire malfunction. Typically, this issue occurs when shooting low-cost, bulk value-pack ammunition; such ammo is inexpensive because it employs relatively cheap (and dirty) propellants. Most semi-automatic rimfire guns are notorious for their reliability issues when fed dirty, inexpensive ammunition.

When ejecting a cartridge that has failed to fire, you may find traces of light primer strikes; the firing pin may have successfully struck (and bent) the cartridge rim, but it didn’t manage to ignite the powder. Without ignition, the cartridge does not fire, causing a malfunction.

Cycling issues with cheap .22 LR ammunition are not exclusive to the Glock 44, but it may have colored many shooters’ first impressions.

Two widespread issues with the Glock 44 are failures to eject and failures to extract. As a rimfire pistol, these issues are separated but most frequently caused by the same problem: reliance on cheap, bulk ammunition.

Most bulk .22 Long Rifle ammunition uses 36-grain bullets with an advertised velocity of under 1200 ft/s out of a rifle, suggesting a relatively low quantity of powder in the case.

While such ammunition may be fine in a revolver or a manually-operated firearm such as a lever-action or a pump-action, low-velocity .22 LR ammo tends to perform poorly in a semi-automatic action.

Due to variances in each cartridge’s powder charge, some may have less than the nominal amount, causing them to lack the energy to cycle the action, resulting in failures to eject or failures to extract.

Another common problem encountered by Glock 44 owners is the failure to feed malfunction, specifically with the first round of a fully-loaded magazine. Although many shooters initially believed the issue to be related to magazine geometry, in reality, this is a common problem found on many other types of single-stack box magazine designs.

After loading all ten rounds into the magazine, pay attention to the angle of the topmost round. On occasion, that round may appear to sit “flat” or “low,” with the nose pointed lower than intended.

Trying to load a magazine with the topmost round sitting too low may cause various failures to feed. 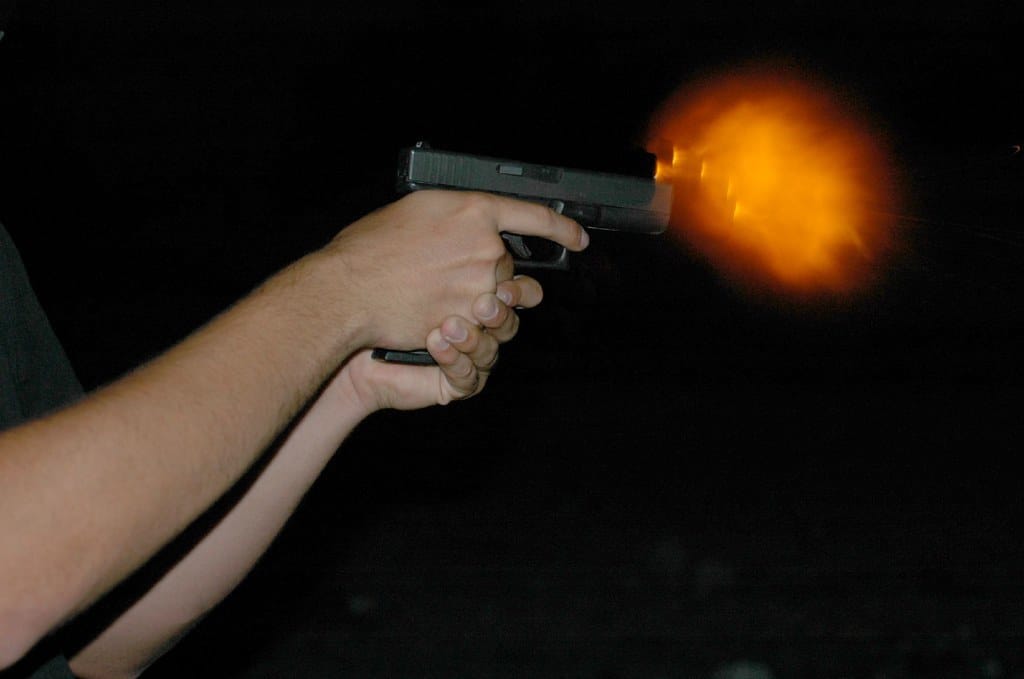 Some Glock 44 owners reported experiencing more severe malfunctions and catastrophic failures with their pistols shortly after receiving them, such as broken extractors or cracked slides.

Although these problems are well-known on the internet, they are very sporadic. According to Glock, the shooters who have experienced such failures may have been the victims of accidentally double-charged ammunition.

It is also essential to distinguish between actual damage and design features. Inspect the right side of your Glock 44. If you can see thin lines protruding from the extractor’s U-notch and the ejection port’s right corner, these are not signs of damage; they are mold lines. Mold lines are normal and the result of the slide’s manufacturing process.

If you’re looking to purchase an inexpensive .22 Long Rifle semi-automatic pistol with the same look, feel, and external dimensions as the 9mm Glock 19, the Glock 44 is the ideal rimfire pistol for you.

The most common problems encountered by Glock 44 owners are nothing more than the same issues common to all semi-automatic rimfire guns. They are not representative of a poorly designed or unreliable firearm; these problems are simply part of the inherent limitations seen in all self-loading rimfire systems.

If you own or intend to purchase a Glock 44, remember to use the highest-quality ammunition possible if you wish to extract the most reliability out of it. When using inexpensive bulk ammunition, you should always expect the occasional malfunction might occur.