The Ultimate Guide to the Different Types of Pistol Sights 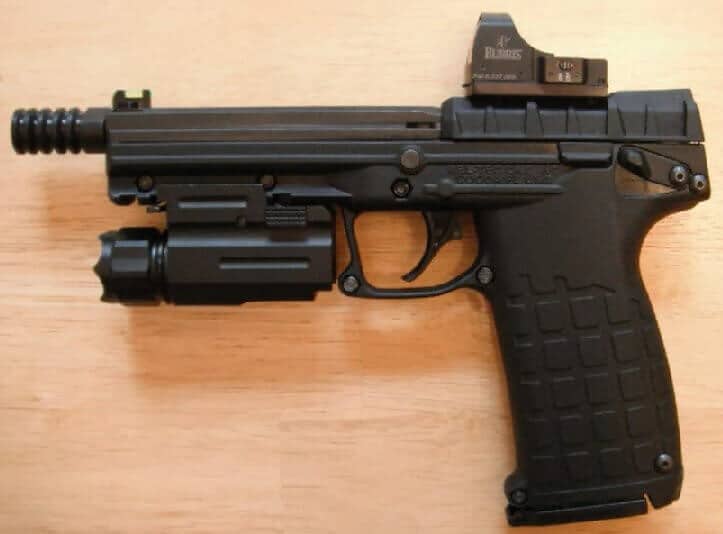 Not all gun sights are created equal. Firearm sighting systems exist in a wide variety of shapes, models, and types. Even on pistols, you can find a large array of different sights and aiming systems.

Learn how to recognize the many different types of handgun sights and the best purposes for each of them.

A Primer on Gun Sights 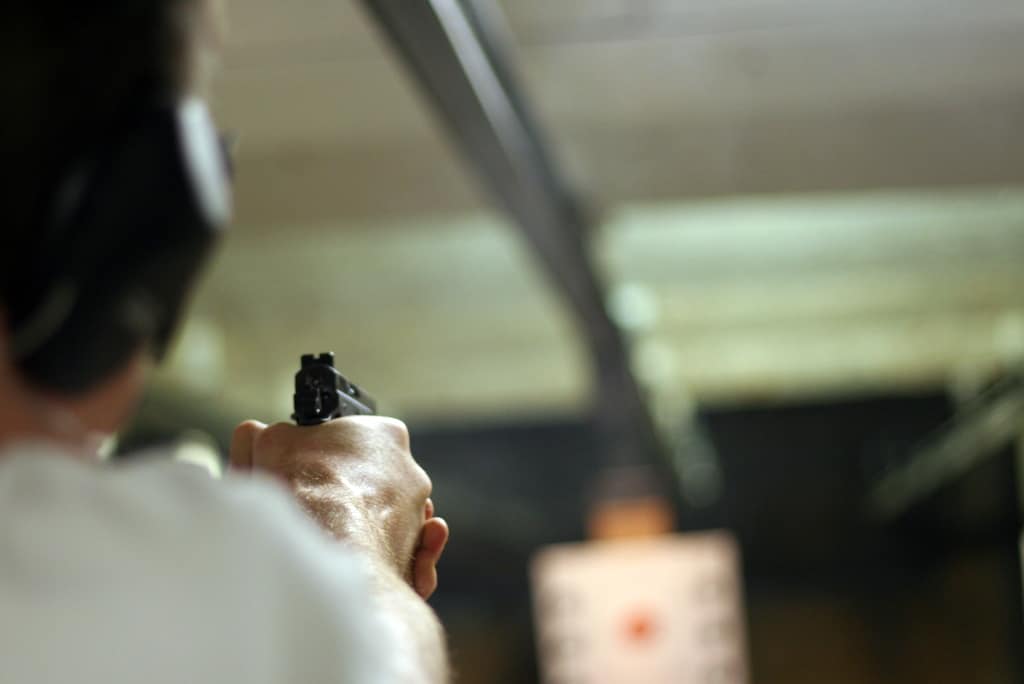 Like with long guns, pistols (and, in fact, all handguns) are compatible with two general categories of sights: iron sights and optical sights (or simply optics). Sights for handguns are not fundamentally different from sights for long guns, such as rifles or shotguns.

The primary difference is overall dimensions; pistol iron sights typically feature a shorter sight radius, whereas pistol optics are much smaller and lighter than their rifle equivalents. 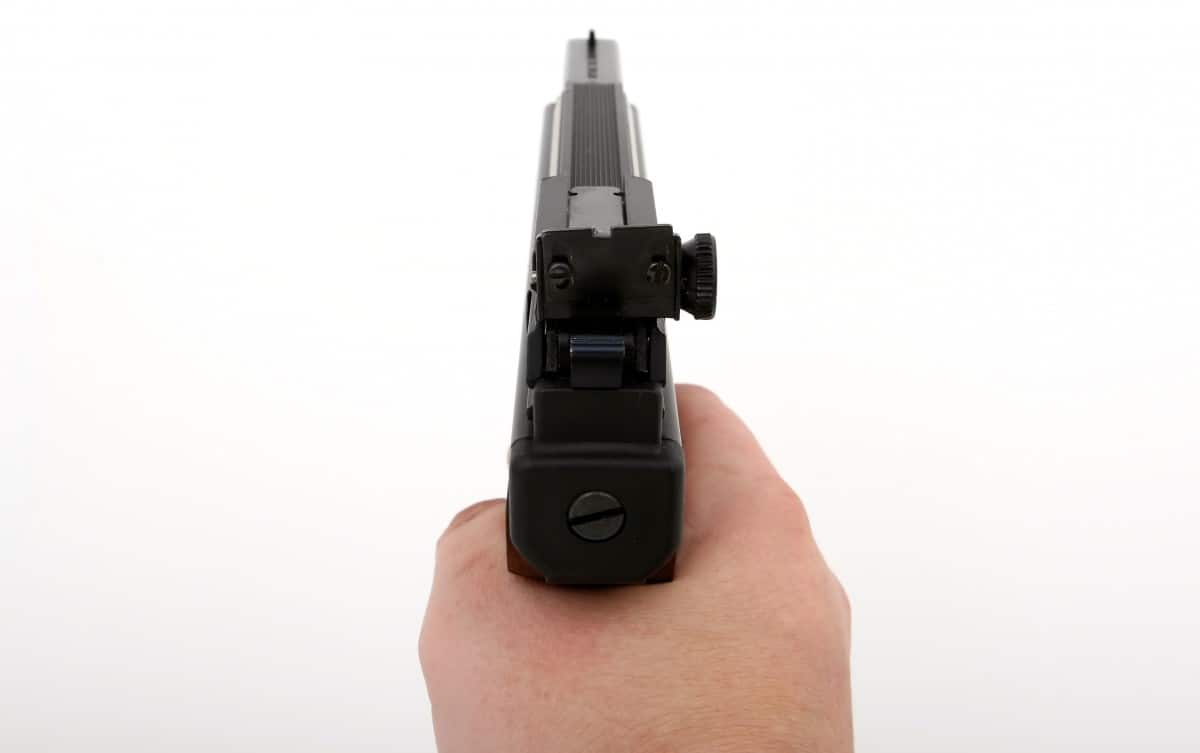 Iron sights are one of the two main types of pistol sights. They are, by far, the most commonly encountered.

Despite the name, iron sights on modern firearms are not made of iron.

The term traces its origin back to the 15th century; blackpowder firearms of the era featured primitive sights comprised of an iron bead and notch mounted onto the barrel.

From a mechanical point of view, iron sights are the simplest of the two main types. They require no batteries or external power sources, they do not provide magnification, and they are generally not made of expensive materials (usually steel or plastic).

Iron sights comprise two elements: a rear sight and a front sight. There exist many different shapes and styles for both, but all function on the same general principle: the shooter must correctly align the front and rear sight to hit the target.

The shooter achieves correct sight alignment by centering the front post with the rear notch, both horizontally and vertically.

Iron sights exist in many different variants, highlighting their features. Some of the most common are as follows:

Note that specific sight sets may belong to more than one of the types listed above, depending on their design and construction. (e.g., three-dot suppressor night sights) 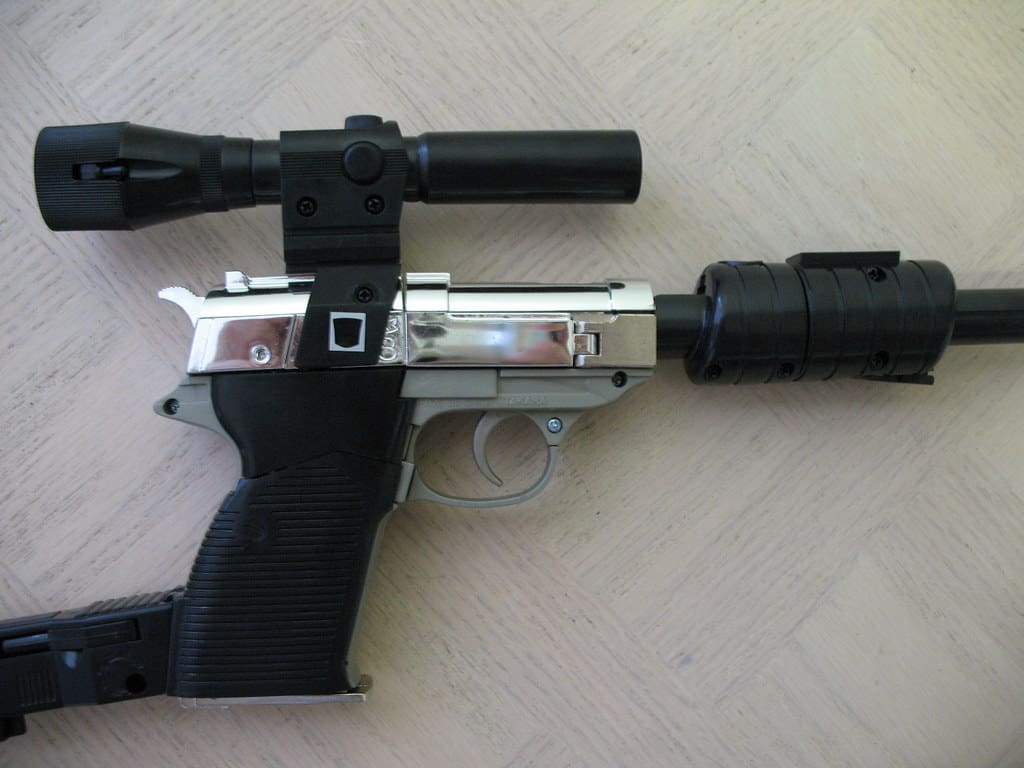 Optical sights, or simply optics, are the other type of pistol sights. Pistol optics were relatively rare in the past, employed only by specialized shooters.

Today, thanks to many advancements in optical sight technology, pistol optics enjoy more popularity and acceptance than ever before.

There are two categories of optical sights: Red dot sights and scopes.

Red dot sights intended for pistols are smaller and lighter than their long gun counterparts. They are sometimes called micro red dot sights.

Pistol dot sights have long enjoyed acceptance in competition shooting (they are a regular fixture on race guns), as they allow shooters to acquire targets faster and more effectively. Recent trends suggest they are also becoming increasingly popular for home defense and concealed carrying.

Reflex sights get their name from the mechanism employed to project an aiming reticle.

A reflex sight projects a LED dot forwards and onto the objective lens. The lens then acts as a partial mirror and reflects the dot to the shooter’s eye, forming a brightly visible dot or reticle.

Holographic sights (or simply holo sights) use a laser diode and a set of mirrors and reflectors, using the process of holography to construct a three-dimensional image of a reticle onto the rear lens.

See Related Article: How to Mount A Red Dot Sight?

Due to their relatively cumbersome dimensions compared to other optical sights, handguns seldom feature scopes. Although handgun-specific compact scopes exist, they are typically only mounted on handguns intended for hunting or long-distance target shooting, such as high-powered revolvers or specific semi-automatic pistols.

Traditional scopes are what you’d expect: a tube, a set of lenses, and either fixed or variable magnification rates. A typical pistol scope is a fixed-power, low-magnification optic,  such as 2x or 4x. Variable-power and higher magnification rates add more weight, making them less practical to use.

Prism sights resemble traditional riflescopes but use fewer lenses as well as a prism. The prism’s function is to flip the image displayed, preventing it from appearing upside down.

Prism sights do not use LEDs or lasers to project a reticle. Instead, they function more like traditional scopes, with the reticle directly etched onto the lens.

Most prism sights feature illumination, allowing the shooter to use it as a red dot sight. However, prism sights are also the only type of red dot sight that can offer natural magnification, similarly to a magnified riflescope.

There are almost as many different kinds of sighting systems for handguns as rifles and shotguns. However, not every sight type is compatible with every kind of handgun. A .357 Magnum revolver has little need for suppressor sights, and you will be hard-pressed to find a subcompact 9mm pistol with a prism scope.

Understanding the intended purposes and applications for each type of sight can help you make the right choices when upgrading your pistol or revolver.