The Faxon 9mm Bolt Carrier Group is the Best, According to a Gunsmith 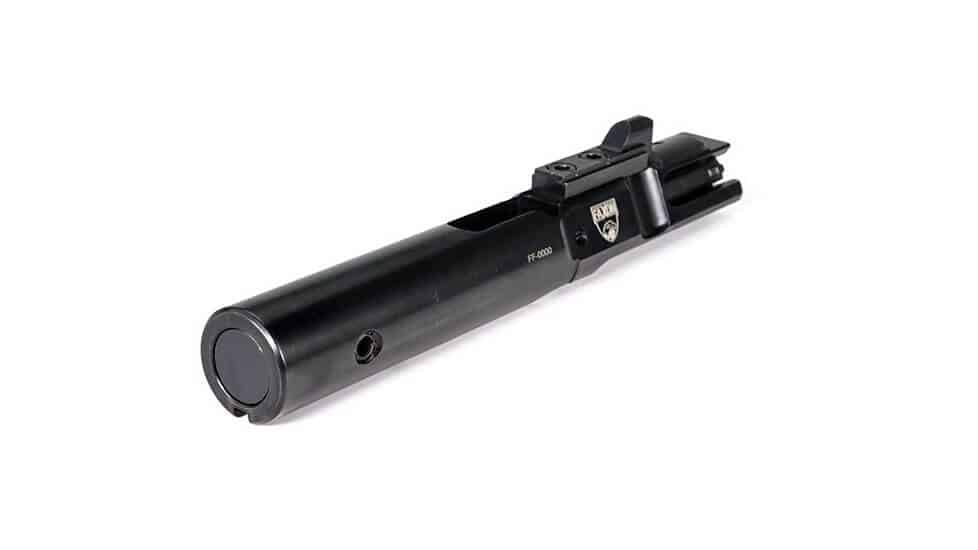 When I told our lead gunsmith that I was building a 9mm PCC, the first thing he asked was which bolt carrier group I was using.

I told him I was using the Faxon bolt carrier group. He said, “Good. That’s the best one.”

There you have it. A gunsmith said the Faxon Gen 2 9mm PCC Blowback Full-Mass Bolt Carrier Group is the best 9mm bolt carrier group. So it must be the best one. Review over.

And now I have one. I’ve shot it quite a bit. I have some experience to back up our gunsmith’s claim.

My experience may not confirm that it is indeed the best blowback bolt carrier group. However, there were certainly no deal breaker issues.

Whenever I get a new bolt carrier group, I do a quick initial inspection. It’s mostly out of excitement and curiosity to see how well the new component is constructed.

But I also check for any obvious problems. That way, hopefully there are no surprises when it’s time to shoot.

My initial inspection revealed very clean machining. There are no rough edges or ragged machining marks. Everything looks perfectly cut and nicely finished.

Also, this is a full-mass bolt carrier group. So there’s a weight in the rear of the carrier. And the weight is removable.

I don’t really need to remove the weight, though. Therefore, my main concern with the weight is that it’s well secured and not wobbly.

The roll pin is tight and recessed into the body of the bolt carrier. The weight doesn’t wobble at all. Perfect.

Then, the recoil guide lug (fake gas key?) is nicely staked. The staking visibly bites into the fasteners the way it should.

I didn’t do a reverse torque test on the fasteners because it’s just a lug, not a true gas key. But I’ve had no issues with the fasteners loosening, so far.

Also, I didn’t remove the extractor and do a proper extractor check because it’s kind of tricky to reinstall the extractor. But, again, no extraction issues, so far.

Overall, the build quality seems excellent, based on my initial inspection and shooting.

And that function includes locking open on an empty magazine. I also found that this bolt carrier group isn’t picky about magazines. I tried several brands of Colt style magazines. This bolt worked flawlessly with all of them.

The other thing that’s good about this bolt carrier group is the AR style extractor. Based on my experience, using an external, AR-15 style extractor seems to be the most reliable design. I never had any failures to extract.

Then, there’s one more design feature that I’m a huge fan of.

All things considered, this is a very well-designed bolt carrier group. And Faxon clearly didn’t make any design decisions based on manufacturing cost. This bolt carrier group is designed to deliver the best performance possible.

There’s not too much to say about the finish on any component. It’s either good or it’s bad.

My only complaint about the finish is that it seemed to wear fairly quickly. Wear marks appeared on the friction surfaces after relatively few rounds. Obviously, the finish is a surface hardening. Just because the color has worn off doesn’t mean the finish is gone.

I would have liked the black to hold up just a bit better. But it’s a minor complaint. And the wear marks are purely aesthetic. And, being fair to Faxon’s finish, it seems to be more wear resistant than some other manufacturers’ nitride finishes.

My whining aside, the finish is awesome and requires relatively little cleaning and maintenance.

This is a blowback bolt carrier group. So I never expected it to produce the most pleasant recoil impulse. But it’s only shooting 9mm.

The recoil impulse I got pretty much exactly matched my expectations. It’s a little bit sharp, thanks to the blowback operation.

But the carrier is reasonably heavy. That takes much of the pop out of the recoil and produces a super controllable rifle, even if the recoil isn’t entirely pleasant.

No bolt carrier group is a recoil reduction silver bullet, though.

The main thing I was concerned with was reliability. And—this is not exaggeration—I’ve had zero malfunctions from the rifle I built using the Faxon 9mm bolt carrier group. This bolt carrier group has produced flawless operation since I test fired my carbine.

Obviously, the other components have something to do with the reliability. But this bolt carrier group is clearly not a liability.

If your PCC has reliability struggles with this bolt carrier group, my immediate suspicion would be that some other part is causing the problem.

Also, all the small details of operation were flawless, too.

I’ve had no issues with the bolt locking open on an empty magazine. No brass flies in my face, even though I’m left-handed. And the bolt carrier looks cool when the ejection port cover is open, thanks to the Faxon logo.

When I add up all my shooting experience with this bolt carrier group, it’s pretty much entirely positive. The performance and reliability are excellent. Enough said.

That’s pretty much all I ask for from my rifle components.

In closing, I’ll address the elephant hanging out in the room: this is definitely not the least expensive 9mm bolt carrier group on the market. And you’d probably like to know if this bolt carrier group is worth the few extra dollars.

My honest opinion is that yes, the Faxon Gen 2 9mm PCC Blowback Full-Mass Bolt Carrier Group is worth the price.

For me, getting a gun that works right out of the gate is worth the somewhat higher price of quality components like the Faxon 9mm bolt carrier group.