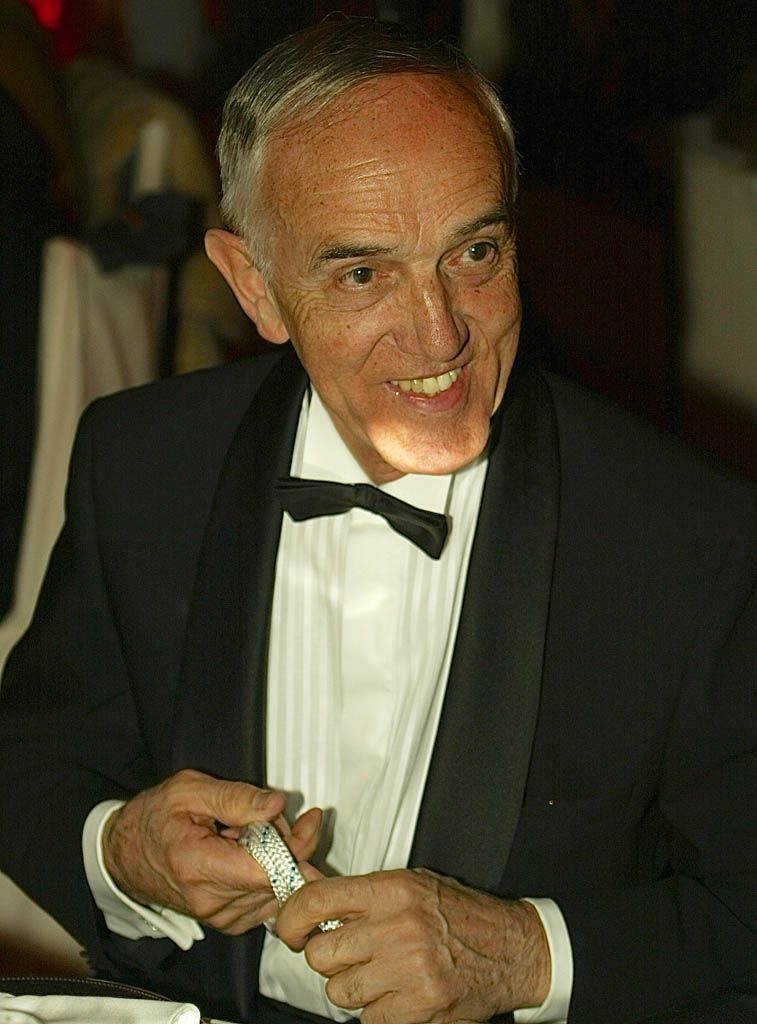 Gaston Glock is the legendary engineer and founder of Glock Ges.m.b.H, the Austrian company producing America’s most popular pistols. Since the Glock 17 was introduced in 1982, the Glock name has become virtually synonymous with pistols in general.

Who is Gaston Glock? Is the Glock the first polymer pistol? And how did it become one of the most ubiquitous and well-known handguns on the planet?

A Brief History of Gaston Glock and His Company

Gaston Glock is an Austrian engineer from Vienna, Austria, born in 1929. His engineering background and extensive knowledge of polymer materials proved instrumental in the future success of his company.

However, success did not come instantly for the Austrian engineer. When he founded Glock Ges.m.b.H in 1963, he had no more than three employees working with wood, plastic polymers, and metals, producing consumer goods such as curtain rods.

It wasn’t until 1970 that Glock became involved with the military, beginning with machine gun belt links, grenade elements, and later, field knives. The Glock Feldmesser 78 (FM 78) knife-bayonet is the most well-known of Glock’s pre-handgun products. To this day, the FM 78 is still in service with the Austrian Army.

Development History of the Glock Pistol

The Austrian Ministry of Defense published a list of 17 criteria the new pistol had to meet. Among the specified criteria, the new pistol needed to be a self-loading pistol, chambered in 9x19mm NATO, use no more than 58 parts, and pass stringent durability and reliability tests.

Gaston Glock, who had no experience with firearms engineering or manufacturing, decided to enter the competition. He gathered Europe’s best experts from the military, police, and civilian shooting worlds, collecting their input and opinions on what the ideal combat pistol should look like and which features it should possess.

Glock designed a working prototype within three months, designated Glock 17. Contrary to popular belief, the Glock 17 did not receive its model number because of its 17-round magazine but because it was Gaston Glock’s 17th patent.

The pistol’s design made extensive use of polymer materials, helping keep production costs down, and featured a revolutionary safe-action system, employing no decocker or external safety.

The Glock safe-action system comprises a set of internal safeties, one of which is trigger-mounted and disengaged when pulling the trigger. When not in use, the internal safety systems render the firearm fully drop-safe, making it safe to handle.

By 1982, well-established firearms manufacturers of the era, such as Heckler & Koch, Beretta, SIG Sauer, and Austria’s own Steyr-Mannlicher, had entered some of their products in the Austrian pistol trials.

Although world-renowned pistols such as the H&K P7, H&K P9S, Beretta 92, Browning Hi-Power, SIG P220, SIG P226, and Steyr GB competed in the trials, the Glock 17 outperformed all of them in every single category, producing the fewest malfunctions.

The Glock 17 was adopted by the Austrian Army in 1982, receiving the Pistole 80 (P80) designation. The pistol later participated in many other military trials and competitions worldwide, being adopted by Norway in 1985, Sweden in 1988, the United Kingdom in 2013, and France in 2020.

​Glock in the United States

Following the Glock 17’s success in the Austrian pistol trials and its adoption by the Bundesheer, the United States Department of Defense gained an interest in the Glock pistol, inviting the company for an unofficial evaluation in the XM9 Personal Defense Pistol trials, destined to replace the then 60-year-old M1911A1.

Unfortunately for Glock, they did not possess the required DoD specifications and production capabilities at the time, forcing the Austrian firm to decline the invitation.

Despite its lack of success with the US military, Glock opened their first US office in 1986 in Smyrna, GA. The first Glock pistols hit the civilian market shortly afterward, with advertising material emphasizing the pistol’s reliability and lightweight polymer construction.

Civilian shooters initially reacted to the Glock with mixed feelings. Many praised the pistol’s durability, low weight, and simplicity of use. Still, many others refused to trust a “plastic” gun, despite the fact all critical pressure-bearing parts on a Glock pistol (namely, the slide and the barrel) are steel.

By 1992, Glock sold over 250,000 pistols in the United States alone, over twice the number sold in all other countries combined. By that point, it had appeared in multiple movies and TV series, cementing its pop culture presence. Prominent rap and hip-hop artists at the time, such as Tupac, Dr. Dre, or the Wu-Tang Clan, repeatedly mentioned Glocks by name in their song lyrics, further contributing to its popularity.

One of the most notable early fictional appearances was in Die Hard 2, being the subject of the infamously incorrect “Glock 7” scene. Despite the multiple inaccuracies quoted by Bruce Willis’s character, it was one of many pop culture references which helped turn Glock into a household name.

Today, the Glock product lineup now spans five generations, eight chamberings, over 50 models, and enduring popularity with all kinds of shooters, from the civilian world to the military and police. The company estimated that approximately 65% of all law enforcement agencies nationwide carry a Glock pistol of some type.

As of 2021, Forbes estimates Gaston Glock’s net worth to be around $1.1 billion.

News outlets rarely cover Glock’s personal life. But the few occasions they did were memorable.

Victim of an attempted murder

In 1999, Charles Ewert, then Gaston Glock’s tax advisor, hired Jacques Pêcheur, a 67-year-old mercenary, to assassinate the Austrian engineer. Ewert’s motive was an attempt to cover up the embezzlement of company funds, estimated to be multiple millions of dollars.

Although Pêcheur managed to strike Glock multiple times in the head with a hammer, sustaining 7 injuries and losing over 1,000 cc of blood, the Austrian engineer fought back against his attacker.

Between 1958 and 2011, Gaston Glock was married to Helga Glock, co-founding the company that now bears his name.

Following a divorce in 2011, Helga Glock attempted suing her ex-husband, claiming that he engaged in acts of racketeering and money laundering to cheat her out of up to $500 million.

Glock is now married to Kathrin Glock, an entrepreneur and animal rights supporter most well-known for being 50 years her husband’s junior.

Although Gaston Glock’s personal life is storied, he managed to leave a significant impact in the firearms industry, transforming a curtain rod factory into one of the world’s most successful weapons manufacturers.

The technological innovations introduced by Glock pistols are now industry standards, changing the definition of the modern combat pistol and proving to the world that a firearm does not have to be all-metal to be reliable and accurate.