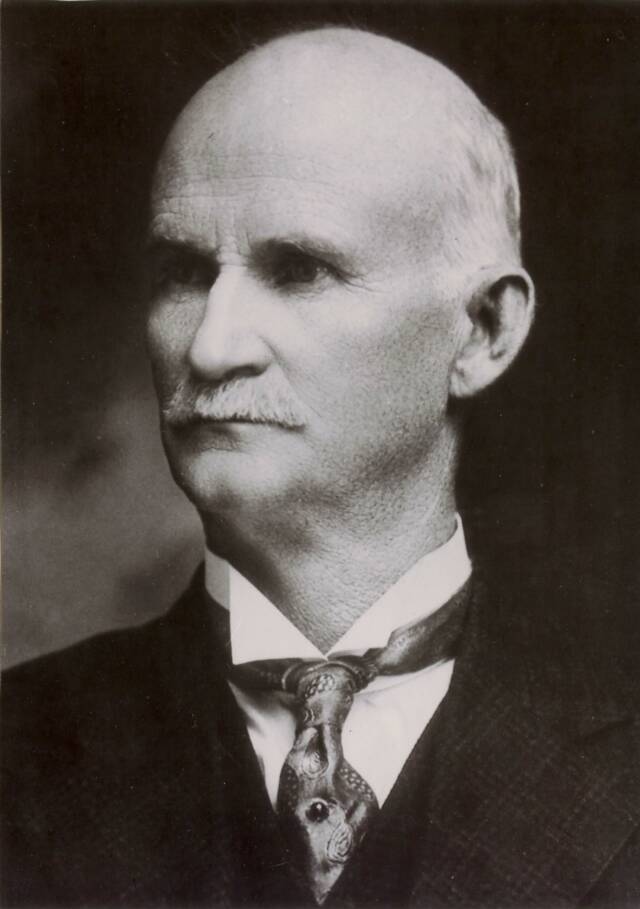 The firearms industry, and perhaps world history, would not be the same if not for John Moses Browning’s achievements. This inventor created the first gas-firing weapon and semi-automatic and automatic guns, among many other contributions.

Browning was also a legend of the firearms world, a man of humility and patience dedicated to perfection in his craft and kindness to others. From humble beginnings, John Moses Browning rose to the apex of innovation and changed the gun world forever. 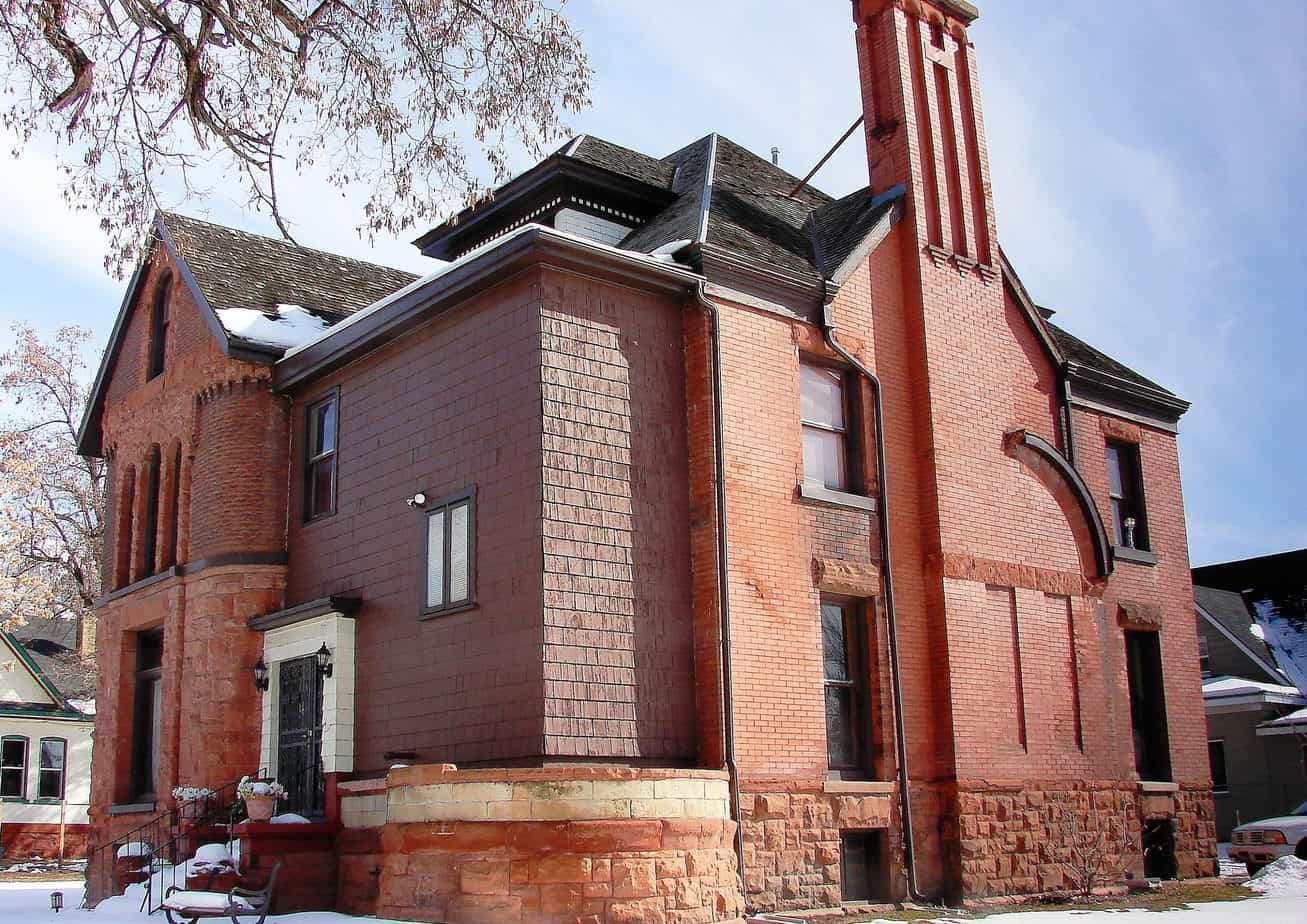 John Moses Browning was born to Mormon parents who had resettled in Ogden, Utah, after the Mormon Exodus of 1847. Browning’s father was also a gunsmith and often had the boy in his shop with him. By the time John was 6, he could take apart a rifle and put it back together again; by 11, he had made a rifle out of spare parts and went out hunting, bringing back three prairie chickens for supper. By the time John was 18, he was running his father’s company.

The same year he married Rachel Teresa Child, 1879, he received his first gun-related patent for the Browning Single Shot Rifle. Both events were beginnings to prolific careers: Browning and his wife had 10 children, 8 of whom survived infancy, and the patent was the first of 128 John would hold in his lifetime.

Browning ran Browning Firearms with his brothers, but he had different goals than his siblings. His brothers were content to sell high-quality mass-produced firearms, whereas John wanted to revolutionize the firearm industry altogether. Eventually, he struck off on his own to follow his dreams of creating new types of guns. 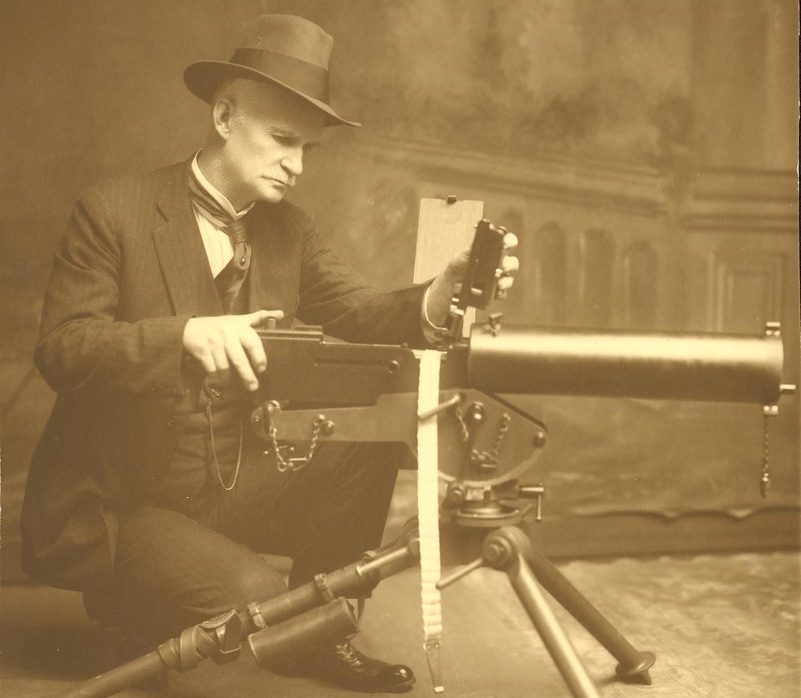 In 1883, Winchester bought Browning’s Single Shot rifle, paying $8,000 or $150,000 in today’s money. The firearms company was so pleased that they asked Browning to design something else for them, which resulted in the lever-action shotgun. Through this shotgun’s creation process, Browning realized he could harness the gaseous energy expelled by a firearm upon firing to reload another shell.

Browning and Winchester had a symbiotic working relationship for many years until they had a falling-out over royalties, and Browning left Winchester to go to Belgium. Despite the rift, the partnership was fruitful, resulting in some of the best-selling rifle models in Winchester’s history.

Here are some designs Browning executed while with Winchester.

In production for 35 years, it is very popular with hunters because of its long-range accuracy.

The two models became an instant hit in the Wild West and are often the model seen in Western movies. The first model was in production for 70 years, canceling out almost all competition.

Like almost all of Browning’s designs, the Pump-Action was a hit from the beginning and enjoyed a long and storied career in the firearms industry.

A wildly popular hunting rifle, even to this day, it was the first long gun to use only smokeless powder, selling 7 million models.

This firearm is also known as the Trench Gun and comes in different calibers and sizes. It was in production from 1897 to 1957, with over a million models fabricated.

This rifle was a single-shot and initially fired .22LR, although it also worked with .22 Long and .22 Short cartridges.

Near the turn of the century, Browning legendarily noticed the grass moving around his friend as his buddy shot his rifle. Browning figured that this energy, which moved the grass at each report, could be harnessed in some way to work for the shooter. And he was right. This was the initial seed for Browning’s automatically loading firearms, and this invention genuinely revolutionized the firearm industry.

When Browning presented his design to Winchester, he demanded a royalty, ensuring production because he knew he had a winner. However, Winchester wasn’t so sure, and they passed on it, much to their future regret. This slight enraged Browning, and he took the design to Belgium, to the Fabrique Nationale de Herstal (FN).

There, Browning perfected his plans for the Browning Auto-5, the first semi-automatic shotgun. This firearm was recoil-operated and one of the most popular guns in American history, remaining in production until 1998. 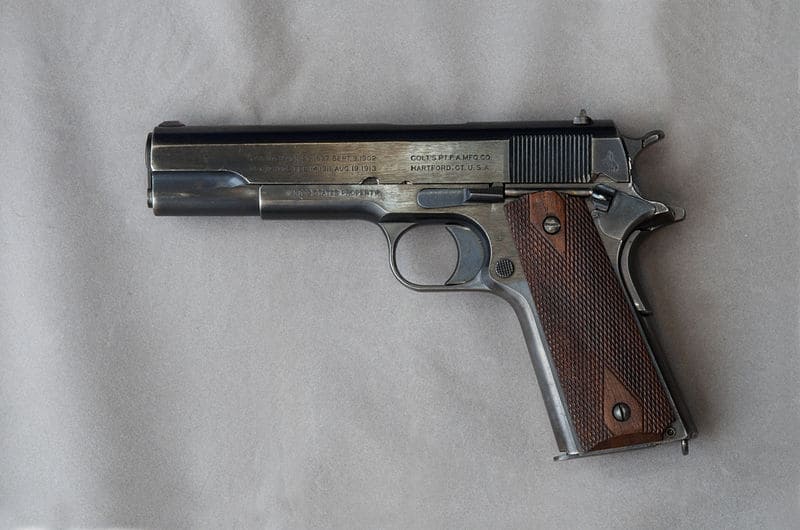 Although Browning's relationship with Winchester was on the rocks, this did not mean that he was any less productive. Many biographers note his superb focus and superhuman ability to complete project after project.

Despite the rift between the American firearm company and himself, Browning continued working and produced some of the most critical firearm innovations of the 20th century.

His next outstanding achievement served the U.S. military for over 50 years, seeing many soldiers into war and hopefully out again. In 1905, Browning created a small pistol – the Colt .45 – which soon became the M1911, official sidearm of the U.S. Armed Forces until 1985.

Browning was also the mastermind behind the M2 Browning .50-caliber machine gun mounted on vehicles and aircraft, especially Hurricane Fighters, in every war since WWII, with much success.  Not only was the M2 a stunning success, but each of its variants, some used for heavy artillery, some for sniping, were equally successful in their own right.

Amazingly, since John Moses Browning died at his workbench at 71, there have been no significant modifications to his plans over the intervening years. Honestly, all modern guns fired today, in sport or battle, have a solid connection to the intellectual and creative input of John Moses Browning.

From an early age, John Moses Browning knew what he wanted to do in his lifetime, which was to upend the firearms industry, and he unwaveringly went about doing just that. The shooting world would look quite different if it weren’t for the dedicated focus of this true American pioneer and gun legend.