How a Compound Bow Works

Modern hunting and competition bows come in a broad range of styles that differ widely, depending on the intended use and the bowman’s level of expertise. Gaining a better understanding of how a modern compound bow works can help you select the most suitable equipment for your outdoor activity, whether that’s hunting deer in the field or shooting stationary targets on an archery range. 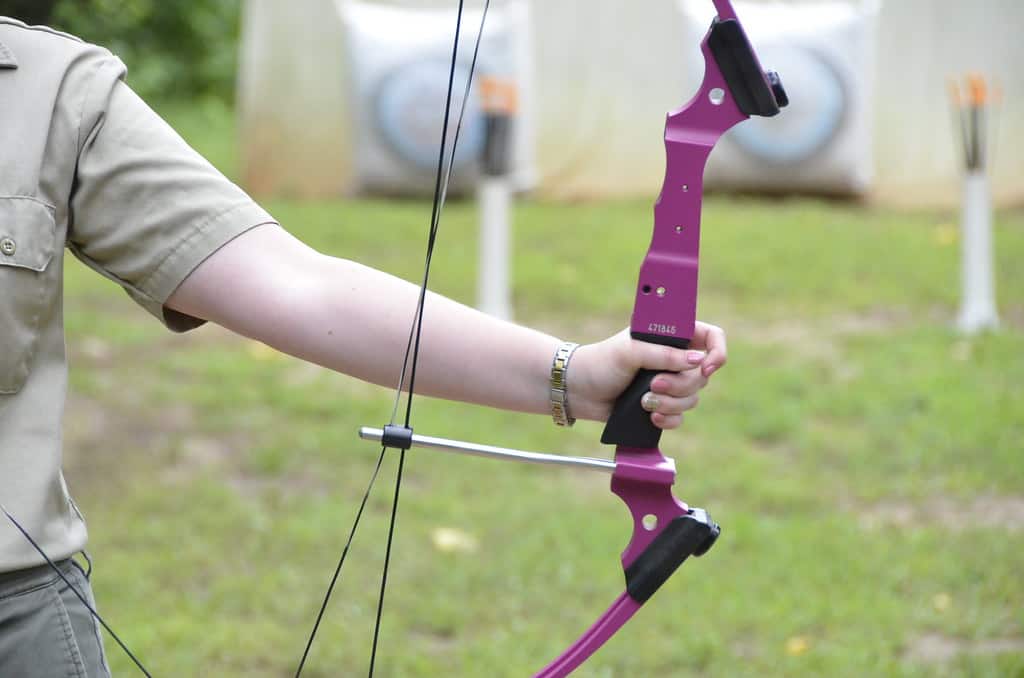 A primitive hunting tool and instrument of war that originated in prehistory, the bow played a decisive role on the battlefield from the Stone Age to the late Middle Ages. Then, as firearms rose to prominence, the arquebus and musket replaced the bow as a weapon of war in the 16th century.

In the 21st century, the bow lives on in non-combat civilian hunting and target-shooting applications, having undergone some significant changes. The underlying principles, however, remain the same. 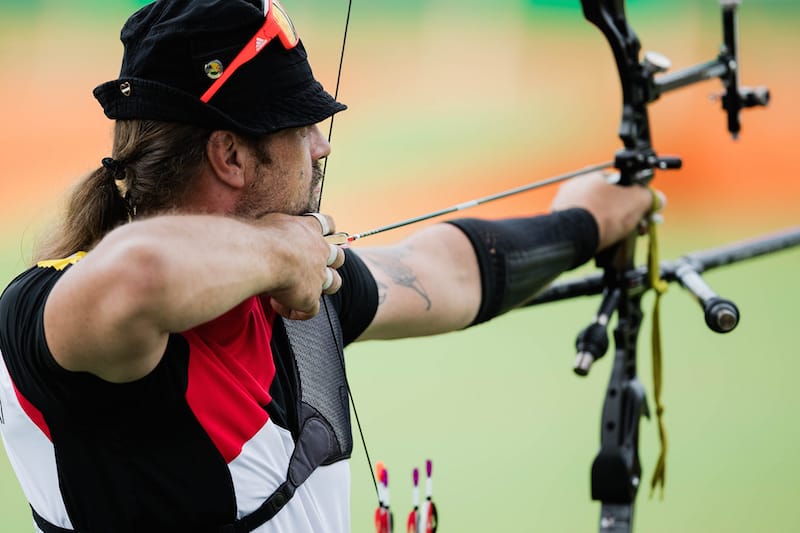 In its simplest form, the design consists of a wooden bow with a taut bowstring attached at the ends of the upper and lower limbs. When you draw the bowstring — pull it away from the bow and toward yourself — the limbs of the bow flex, storing potential energy. When you release the bowstring, the potential energy is converted to kinetic energy, which the bowstring transmits to the arrow. This propels the arrow toward the target.

How a Compound Bow Works

Depending on the draw weight of a traditional recurve bow, drawing the bowstring can require significant muscular effort and physical conditioning. This limits the time an archer can take to effectively aim before the onset of fatigue. Furthermore, the draw weight curve is linear, meaning that the weight of the draw increases continuously.

A modern compound bow designed for competitive shooting or bowhunting applies a mechanical advantage by using a cam system. The elliptical design of the cams allows you to exert more leverage with less force, maximizing the energy stored and transmitted to the arrow.

This reduces the effort needed by the archer to draw the bowstring, allowing you to take your time to aim with greater accuracy. It also increases the velocity of the arrow in comparison to other bows of equivalent draw weight. 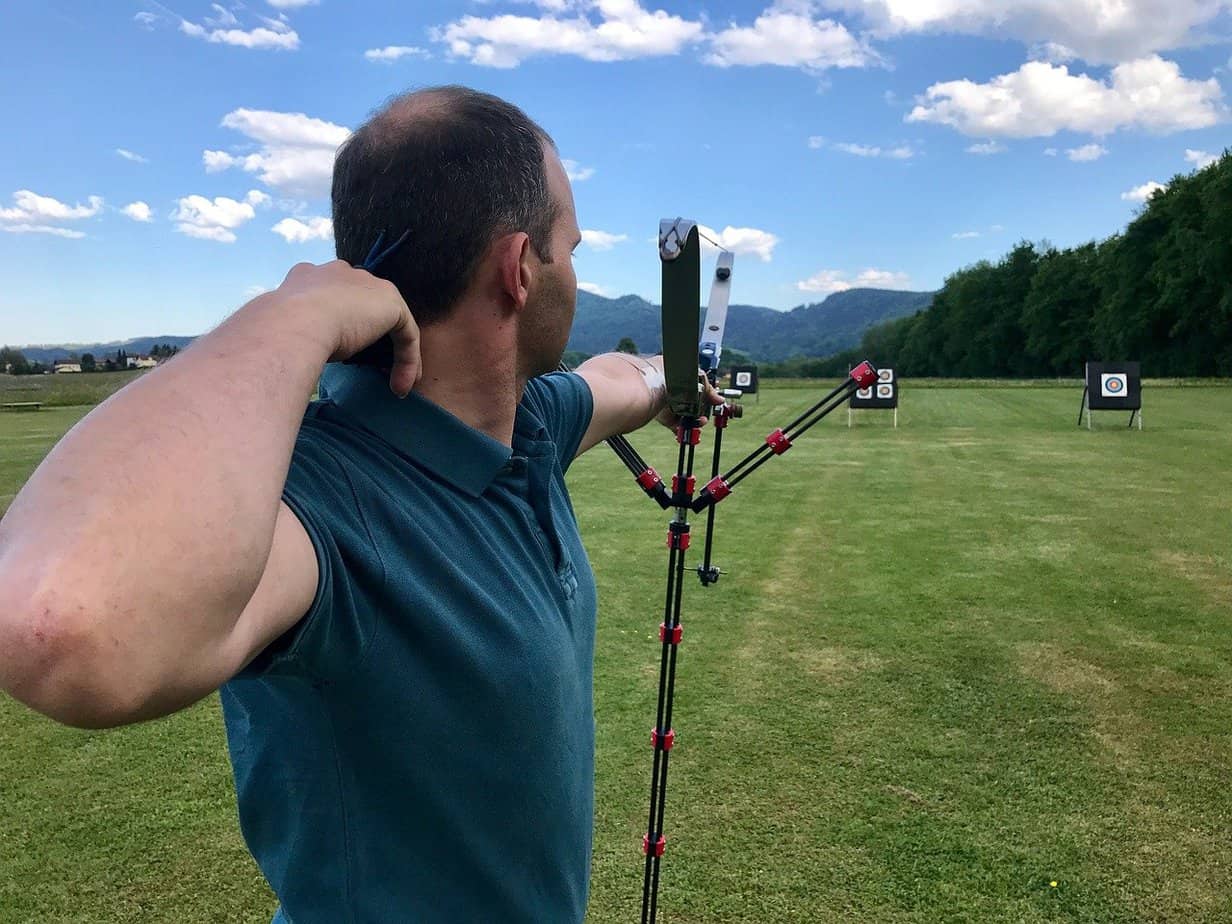 Compared with a traditional bow, the compound bow has a different draw weight curve, whereby the energy stored peaks early in the draw cycle. The weight doesn’t increase progressively as you draw the bowstring. When the archer reaches the end of the draw cycle, the bow “lets off,” requiring less effort to maintain the bowstring at full draw.

The compound bow is also inherently self-limiting. In a recurve bow, it’s possible to draw the string to a different position every time. In a compound bow, the end of the draw cycle is fixed. As a result, your bow shooting performance is more consistent.

There are a variety of different compound bow configurations. Many employ a dual-cam system in which there is one eccentric cam located at each end that rotates on an axle.

When asking, “How does a compound bow work?” it’s important to know some of the parts that comprise a compound bow and how they differ from other designs.

The bowstring, common to both recurve and compound designs, is the part that fits in the nock of the arrow that you draw rearward with your shooting hand. When you release the bowstring, it propels the arrow forward.

The cams are connected by two cables located between the belly and the bowstring. In the 1970s and ‘80s, the cables were made from steel and coated in rubber. Modern compound bows use cables made from the same material as the bowstring, typically synthetic fibers like Kevlar, Dacron, or Dyneema.

The riser is the central part of the bow. The riser is the part that you grip with your non-shooting hand and serves as a platform for attaching accessories, such as your sighting system.

The limbs attach to limb pockets at both ends of the riser using bolts.  The riser is usually made from a lightweight and highly rigid material in compound bows, such as a carbon fiber or machined aluminum.

The cable guard projects toward the archer from the center of the riser. Its purpose is to offset the cables, ensuring an unobstructed line of sight.

Compound bows also include a string stop. The string stop prevents the bowstring from oscillating once released, dampening sound and vibration.

Unlike recurve archers, compound archers use a mechanical release aid to draw and release the bowstring. This increases consistency, accuracy and reduces the risk of applying excessive torque. Many compound bows have a D-loop on the bowstring to which you can attach a release aid. Some of the most common types of release aids are:

Attached to a wrist strap, the index finger release is beneficial to those archers and bowhunters familiar with firearms, which require that you press a trigger to fire. This allows the archer to shoot on command, allowing the release of the arrow at the instant that the pin sight or sight reticle is on target.

Using your thumb instead of your index finger, the advantage of the thumb release is that it provides a more comfortable and consistent anchor point.

Rather than using a finger-activated trigger or button, the hinge release is a handheld device that releases the bowstring when you rotate your wrist. The primary advantage of this system is that it prevents unintentional release more effectively than either finger-activated design.

Once you’ve answered the question, “How does a compound bow work?” you can decide which type of bow works for your needs. However, when selecting a compound bow, you should also be aware of the system’s limitations.

First, removing or replacing the bowstring on a compound bow is more difficult than on a recurve bow or longbow because the bowstring is under constant tension. This often requires the use of a specialized tool called a bow press, which 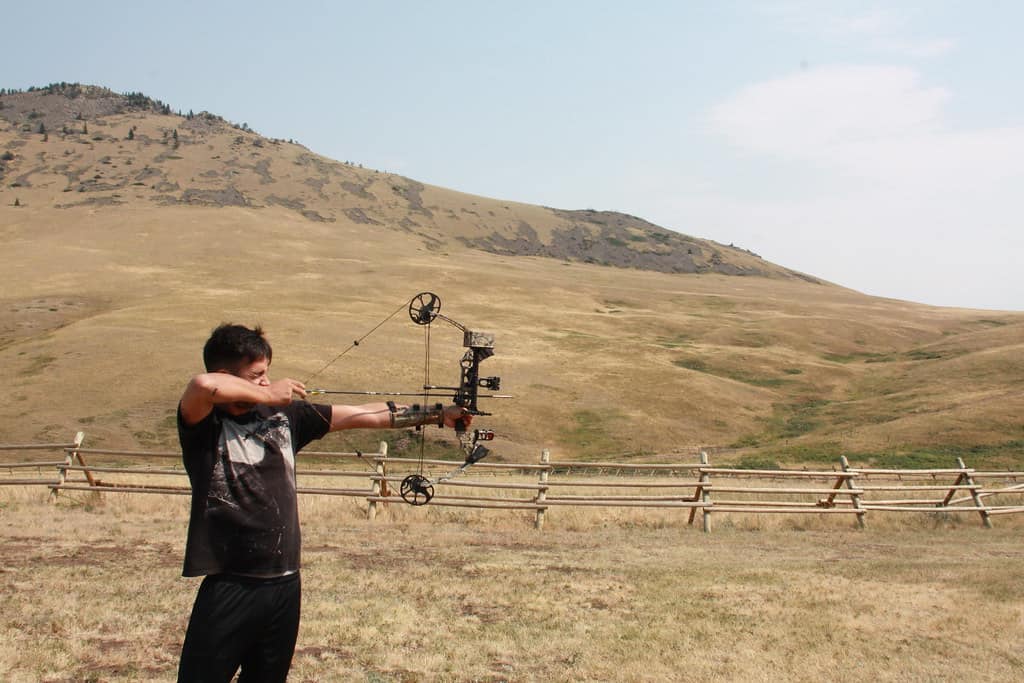 Compound bows with carbon-fiber or CNC-machined aluminum risers, cams, idler wheels, cables, and other components are typically more expensive than recurve bows. This reflects the increased production cost and mechanical complexity associated with the design. In addition, despite using lightweight alloys and weight-reducing designs, compound bows also tend to be heavy compared with recurve bows.

Whether you’re interested in target archery or bowhunting, the modern compound bow is a durable, powerful, and simple alternative to the traditional recurve bow. By understanding how a compound bow functions, you can better determine whether this is something you'd like to buy.

​​How to Hold an Archery Bow