How Many Magazines Do You Need?

Quick Navigation
Why Should I Worry About Magazines?
What is the Right Number of Magazines?
Bare minimums
Concealed carrying
Plinking and training
Home defense
​How Should I Organize My Magazines?
The Bottom Line 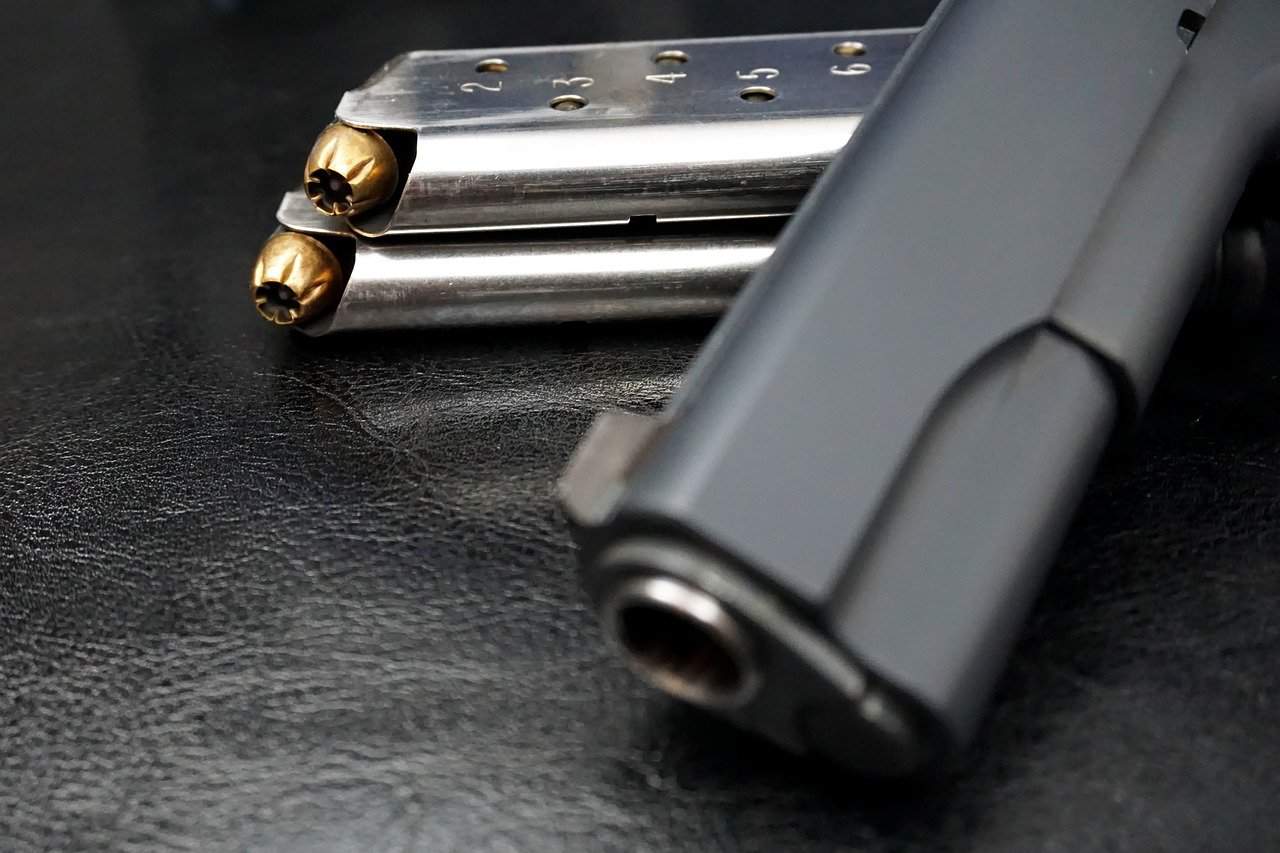 If you have a firearm for home defense, concealed carrying, and personal protection in general, you may have wondered about the ideal number of magazines you should have at all times.

We have all heard a buddy say, “no such thing as too much ammunition.” But it is pertinent to wonder what’s the minimum you need, what’s an ideal number, and whether it really is practical to carry more.

Why Should I Worry About Magazines? 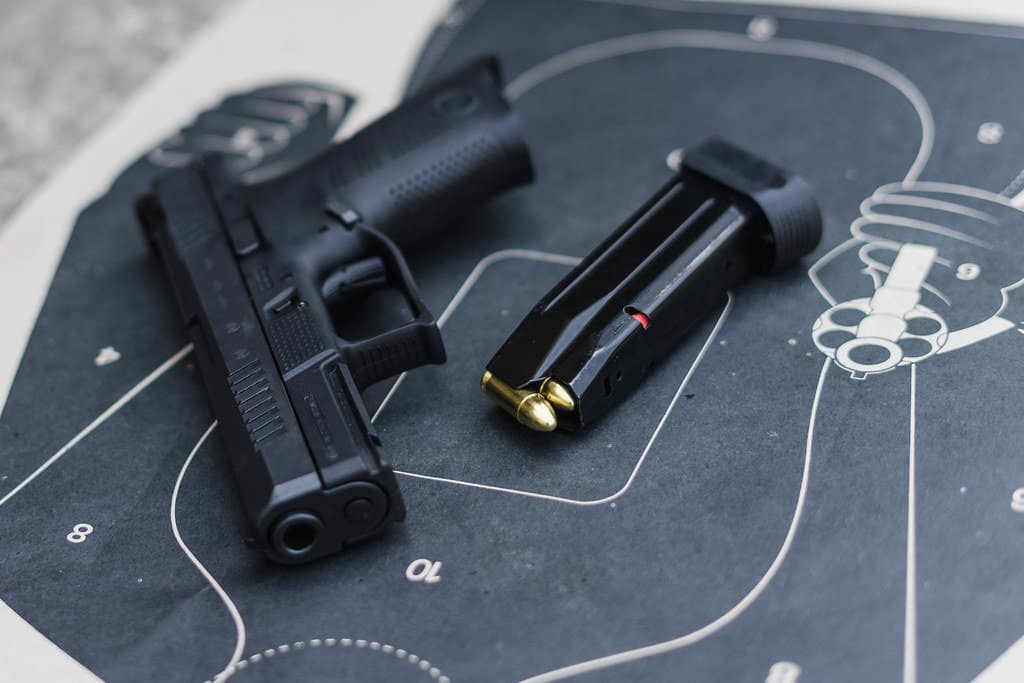 Magazines are consumables. As much as we wish otherwise, magazines are the weakest part of any magazine-fed firearm. All kinds of issues can damage or break a magazine; springs can lose tension, magazine bodies can bend or crack, followers can get tied up, feed lips may fail to retain rounds correctly.

All these issues can happen during regular use. It’s a simple fact of life: magazines wear out and periodically need replacing.

Damaged and worn-out magazines are the single largest source of reliability issues in firearms. It doesn’t matter how great your rifles are; they will effectively be heavy, difficult to load single-shot rifles without magazines.

Since magazines can and do wear out, it is essential to establish a minimum baseline number that accounts for potential magazine failures.

What is the Right Number of Magazines? 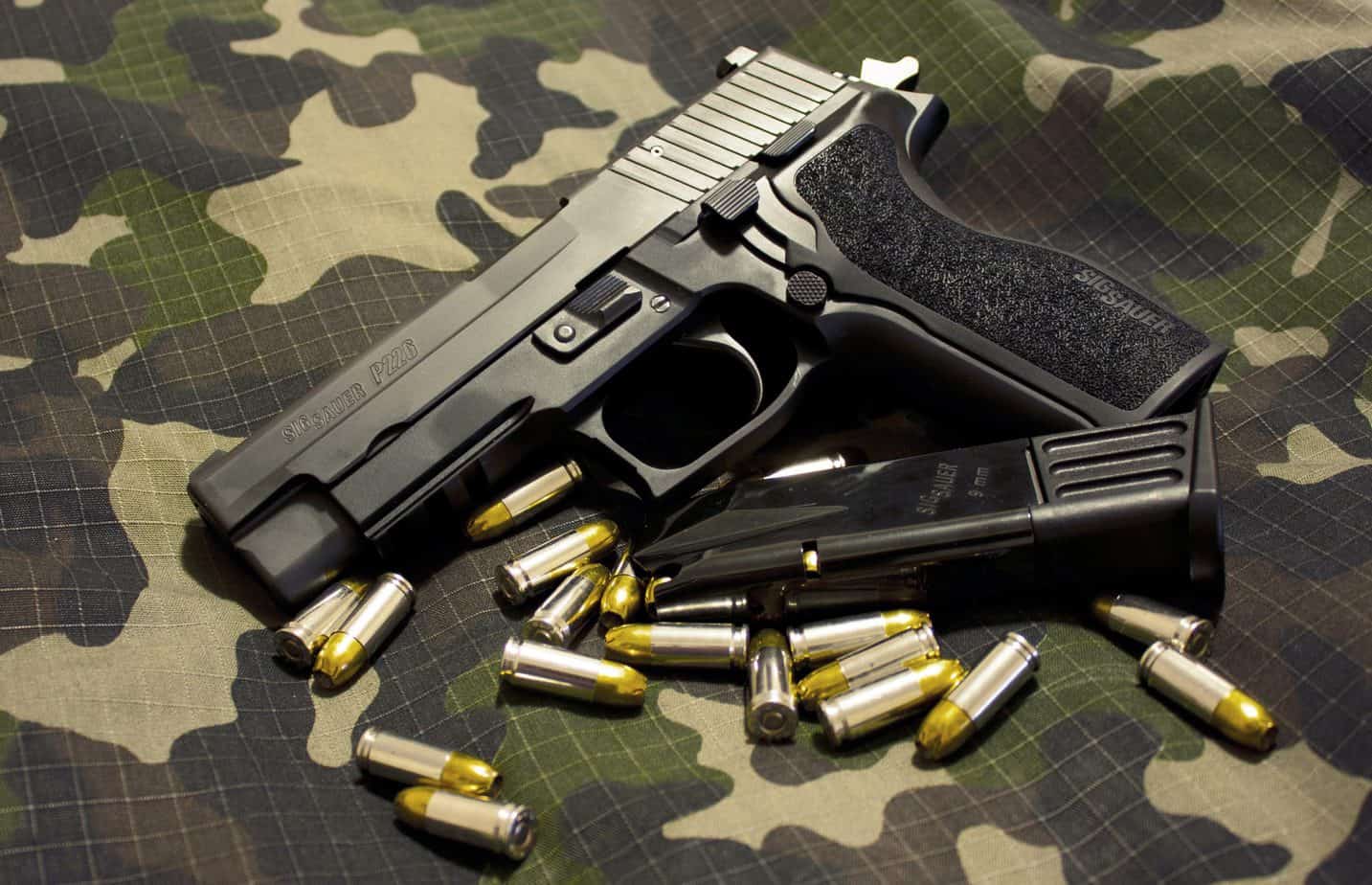 Although it is tempting to give the cheeky answer and say all of them, which is technically not a wrong answer, it’s also not a very helpful one.

The answer is that it depends on the type of firearm, the magazines’ size and capacity, and the firearm’s intended purposes. Once you have these details in mind, you can start thinking about practical numbers.

A useful starting point for any firearm before considering intended uses and applications is to start with 3 magazines. Then, go down the following checklist:

Depending on your firearm, you should end up with 5 to 7 magazines as your minimum baseline.

Whether to carry spare magazines at all when concealed carrying is the subject of much debate. Many shooters have different opinions on the matter; some believe that the gun should be enough, others favor carrying as many as feasible, and every option in between.

Again, the right answer depends mostly on your firearm, but one wrong answer is zero; it is not advisable to carry no spare mags at all, even if your gun’s capacity is 20 rounds or more.

Once again, magazines can fail. If you have an issue with your loaded magazine, having access to a spare magazine allows you to solve two problems at once: reloading and getting rid of a potentially unreliable magazine in favor of a fresher one.

You should carry at least 2 magazines for concealed carrying; one in your gun and a spare. If your carry gun has a low capacity (less than 10 rounds total, including one in the chamber), consider carrying 3 or even 4 magazines instead, as you may run out of ammo very quickly otherwise.

At the range, if you don’t bring enough magazines to last you a shooting session, you may end up having to refill them periodically, which can be a significant waste of time.

For example, if you have an AR-15, you may have determined that your baseline is 6 magazines. With standard 30-round magazines, that’s 180 rounds. It may seem like a lot, but 180 rounds can go away in 30 minutes to one hour, depending on your pace.

If you’re going to spend a day at the range, doubling that number means bringing 12 magazines: 360 rounds before refilling a magazine becomes necessary.

Not only will you never have to worry about topping off at the range, but you also get to shoot more, and therefore, sharpen your skills more efficiently.

It’s not unreasonable to believe you don’t need more than a single magazine (and indeed, you might not). But if you did, what can you do to reach extra magazines?

There are a few options, depending on your home defense firearm of choice. If you use a rifle or a magazine-fed shotgun, consider using magazine clamps or couplers to keep multiple magazines together directly on your rifle.

Another option is to keep a chest rig or a belt with mag pouches, specifically for home defense. If you can reach your firearm and wear your rig or belt sufficiently quickly, you can access as many spare magazines as your pouches can carry.

​How Should I Organize My Magazines? 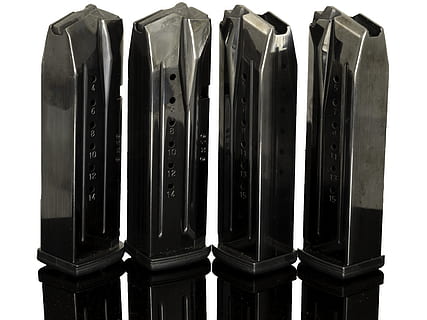 In general, it’s a good idea to mark your magazines. Prioritize using a brightly-colored paint marker so that anything you write or draw is easy to read.

The first thing to do is to organize your magazines depending on intended purposes. Magazines intended for the range should feature a unique color or a distinctive marking.

Spare magazines should have no markings, allowing you to add one later if one of your mags needs replacing.

If you’re experiencing failures and malfunctions with one of your firearms, check whether switching magazines would solve the problem. If it did, add a distinctive “malfunction symbol” to the offending magazine, such as an X or a line.

Keep magazines with a single malfunction symbol as a reminder that they have failed you before. If you need to write a second symbol, remove that magazine from your rotation and replace it with a fresh one. It’s better to dispose of bad magazines entirely, eliminating the risk of an unreliable mag returning to your kit.

Now the question would be what magazine should you be getting? That's not a problem, check our in-depth guide on AR-15 magazines.

The suggested numbers and magazine counts are just that, suggestions. You can never have too many magazines, and if it works better for you to use or carry more than the recommended numbers, don’t hesitate to do so.

As Rudyard Kipling put it best, “A man can never have (...) too much ammunition.”