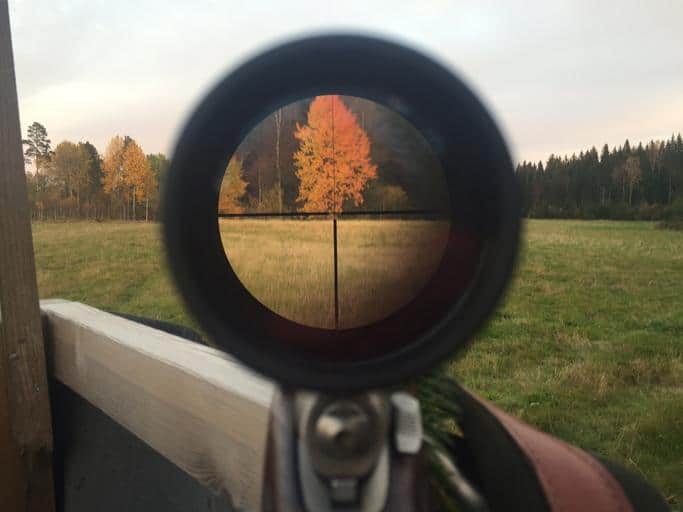 Bore sighting is a simple and effective way of aligning the barrel with the rifle scope to ensure that your shots land relatively close to the point of aim. This can be useful for getting your shots on paper, but how do you bore-sight a rifle?

Why Bore Sight Your Rifle? 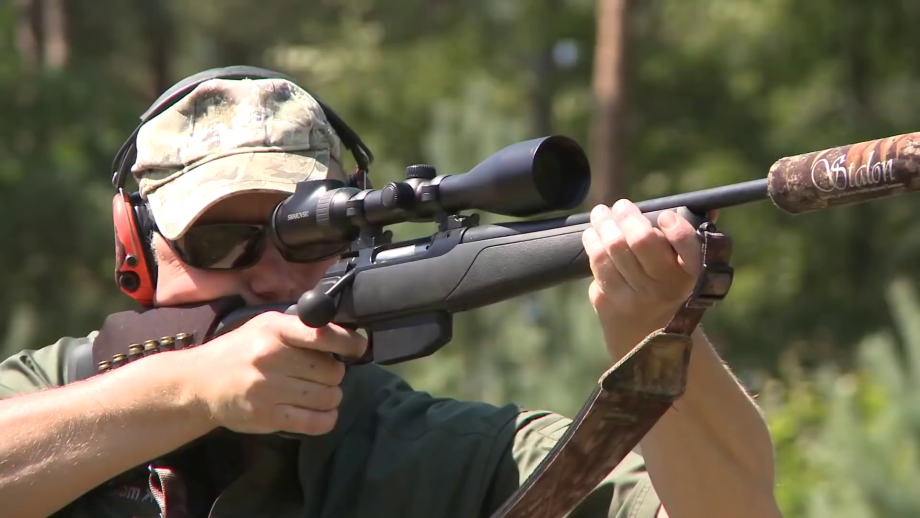 The process of sighting in, or zeroing, a rifle consists of adjusting the sighting system, whether that’s a rifle scope or a set of iron sights so that the point of aim and point of impact coincide at a particular distance. The point of aim is where you place your sights on the target.

The point of impact is the strike of the bullet on the target. If these two points are misaligned, your shots will not land where you’re aiming.

While sighting in or zeroing a rifle is critical to achieving accuracy, sometimes the sighting system is so misaligned with the barrel that the shots miss the intended target entirely. Under these circumstances, firing multiple shots to determine the point of impact can be a waste of ammunition. That’s where bore sighting can be an advantage.

The bore of rifle barrel also must be cleaned and polished since it also contributes to the accuracy of your rifle.

How to Bore Sight a Rifle

The process of how to bore sight a rifle is simple. Bore sighting consists of aligning the rifle scope reticle with the axis of the bore. There are two types of bore sighting: optical and laser. Regardless of the type you choose to use, you should first place your rifle in a shooting rest or cradle on a flat, rigid surface. 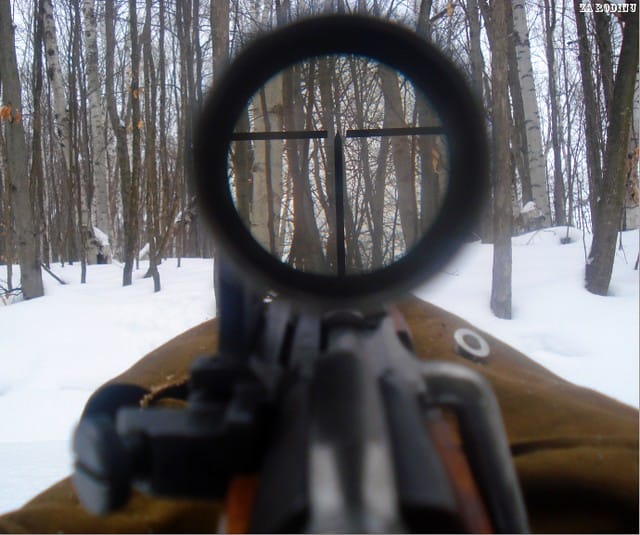 To bore sight rifle this way, set up a target at a distance of 25 meters or less. The priority when bore sighting a rifle is to “get on paper.” A white sheet of wrapping paper will suffice for this purpose. You can use a felt-tip marker to draw a solid black dot as a reference point.

Before attempting to disassemble your rifle, always ensure that it is unloaded. Open the action and inspect the chamber, both visually and physically.

Remove the bolt or bolt carrier group. If there’s an opening in the rear of the receiver, removing the bolt allows you to see through the barrel from the breech end.

In many rifles, removing the bolt is a relatively simple procedure. In the Remington Model 700 bolt-action rifle, rotate the bolt handle to unlock the bolt from the receiver and retract it until it stops. There’s a bolt stop release button forward of the trigger and at the top of the trigger well. Press this button to release the bolt, allowing you to withdraw it from the receiver.

With the bolt closed in the Winchester Model 70, rotate the safety catch to the second position. Rotate and retract the bolt until it stops. Press the bolt release on the left side of the receiver and remove the bolt from the weapon.

In the AR-15 platform, use the tip of a cartridge or a pointed tool to press the rear takedown pin, extracting it from the other side. This allows the lower receiver assembly to pivot downward. Retract the charging handle and remove the bolt carrier group.

Remove the windage and elevation turret caps on the rifle scope. Look through the barrel from the breech end and adjust the position of the rifle until you can see the target.

Once you have located the target through the barrel, adjust the windage and elevation dials on the rifle scope until the sight reticle aligns with the target. When you’re adjusting the rifle scope, take care not to disturb the position of the rifle — it should remain still.

Assuming you’re on a live-fire range, return the bolt/bolt carrier group to the receiver, chamber a round, and fire a shot at the target to confirm that you’ve successfully bore sighted the rifle.

You shouldn’t expect pinpoint accuracy — that’s what the sighting in process is for. Bore sighting, as a preliminary measure, ensures that your shots are landing close enough to the point of aim to allow for more precise adjustment.

While the first type of bore sighting relies on your naked eye to estimate the axis of the bore, the second uses a laser. Learning how to bore sight your rifle should include how to use a bore sighter device.

When you buy a laser bore sighter, you’ll first install the battery and use an adapter to find the perfect fit. For the bore sighter to be effective, it must be concentric to the bore, which requires a close fit. 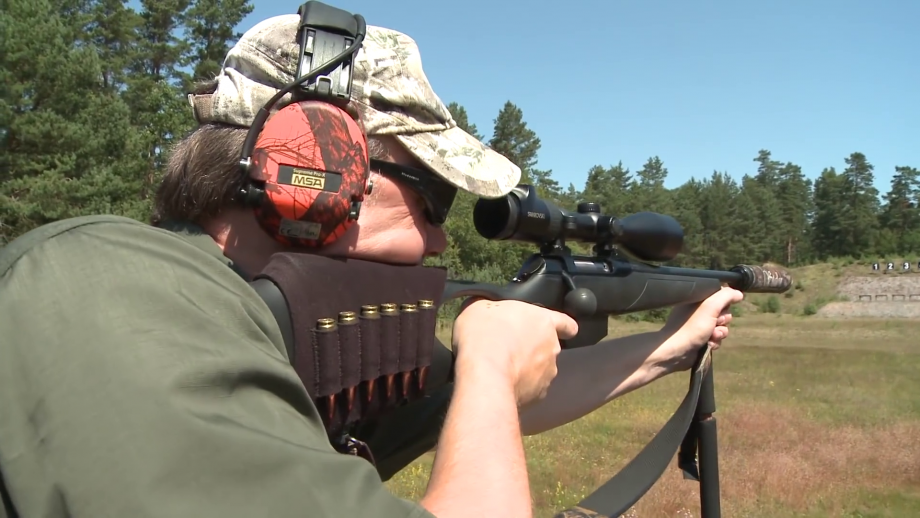 Insert the laser bore sighter into the muzzle end of the barrel and turn it on. Wherever the laser points represents the bore axis and, thus, the point of impact. When you turn the laser on and aim the rifle at a designated target, you’ll adjust the windage and elevation of the rifle scope until the sight reticle and the laser beam coincide.

The advantages of a laser bore sighter are the following:

When you’re learning how to bore sight your rifle, either method will reduce the time and ammunition you spend sighting in your rifle. However, a laser can help you get your shots closer to the point of aim. The closer you are, the fewer rounds you’ll have to fire during the sighting in process. During periods of scarcity, when ammunition is expensive, this can be highly beneficial.

Bore sighting, whether with a laser or your naked eye, can be useful for aligning the barrel with the sights and getting your shots on paper. However, this doesn’t substitute for sighting in — zeroing — your rifle scope properly. It simply accelerates the process and saves money.