How to Interact With Police When You’re Armed

Quick Navigation
Call 911 First
Put Your Gun Away
Be Quiet, But Cooperative

It’s been in the news a few times in recent memory:

There’s a shooting or violent crime. When the police arrive, they shoot an armed concealed carrier, mistaking him for the shooter or perpetrator.

These situations are unfortunate. But they’re not entirely unpreventable.

If you carry a gun, you need think about how you’re going to interact with police when they show up during or after a defensive incident. 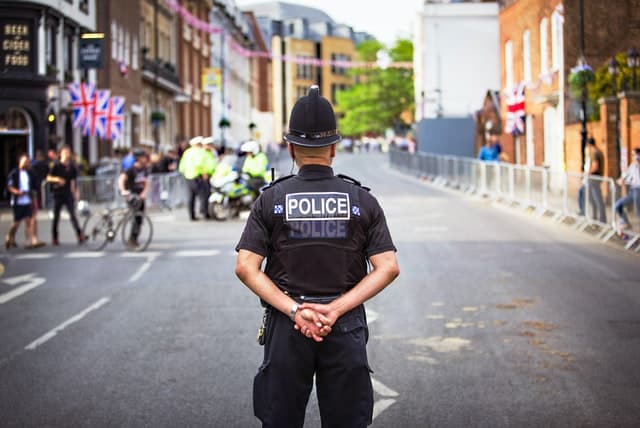 Interacting with police while armed is knowing how to behave when the police are there and knowing the scope of your responsibility as an armed civilian.

Even if police have been informed beforehand that there’s an armed civilian on scene, they have no way of knowing who’s who when they get there. The police are thinking about the safety of the public and their own safety when they arrive at a scene.

Determining who’s good and who’s bad is hard when someone has a gun and shots are being fired. They may get it wrong.

Let’s talk about how to avoid being on the wrong end of that situation.

First, I should note that I am not a lawyer. This is not legal counsel. Consult your local and state laws or an attorney if you need legal advice. 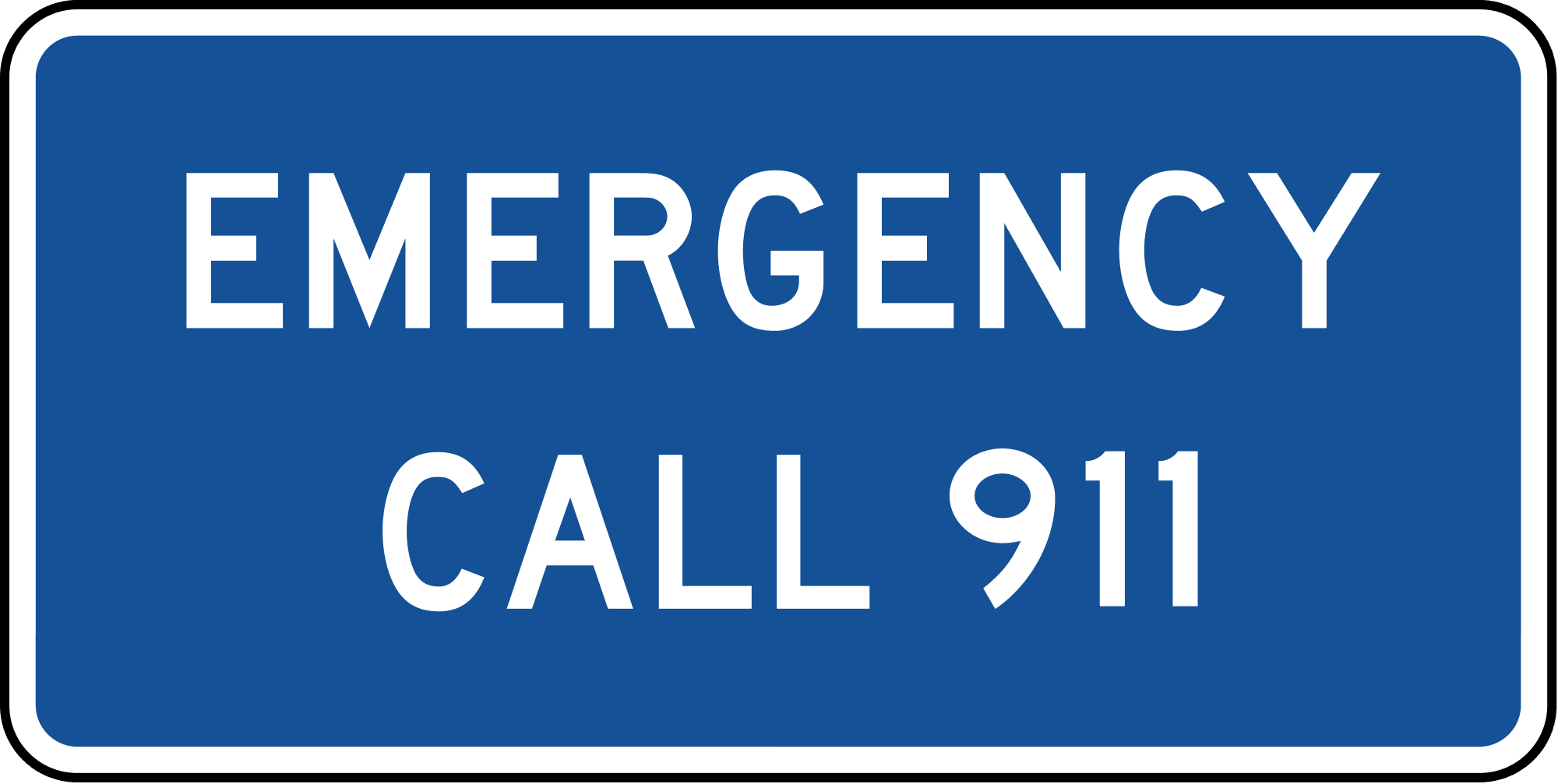 If you have to draw your gun in self-defense, call 911 as soon as you can do it safely. Do this even if you didn’t have to fire your gun.

A nearby police cruiser may have heard the shots or a bystander may have called 911 when the incident started.

Either way, you want to get on the phone with dispatch and let them know what the situation is. Tell them what you look like and that you’re armed. This way the police have an idea of who the good guy is, especially if there’s more than one person with a gun.

Put Your Gun Away 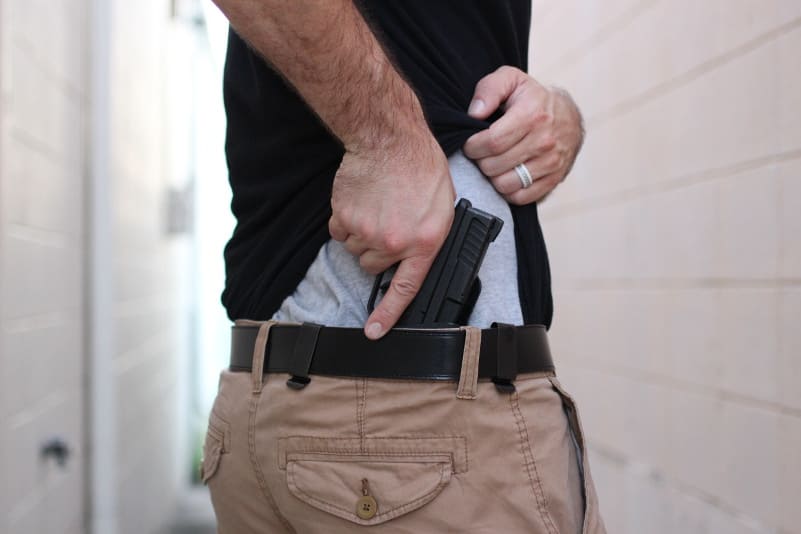 If it’s safe, holster your firearm before the police show up. Put your hands up where the officers can see them. Follow their instructions willingly. But move slowly.

They’re going to be a bit amped up. So quick movements are a bad idea.

If you can’t holster your gun before the police get there, bring it close to the center of your chest and point it away from where the police are coming from. Also avoid pointing your firearm at other people.

Again, follow all commands slowly. They may tell you to set the gun down or drop it. Either way, do exactly what they say.

If they tell you to do something that seems out of order or unsafe, politely ask them to clarify. For example, if you still have your gun in your hand and the officer tells you to put your hands up, it would be wise to ask if they’d like you to drop your gun first.

Raising your gun in the air could seem threatening, which is bad news when blood pressures are high.

Ideally, you’ll avoid having your gun in your hand when the police show up. If that’s not possible, assume a non-threatening posture that does not resemble a shooting stance. 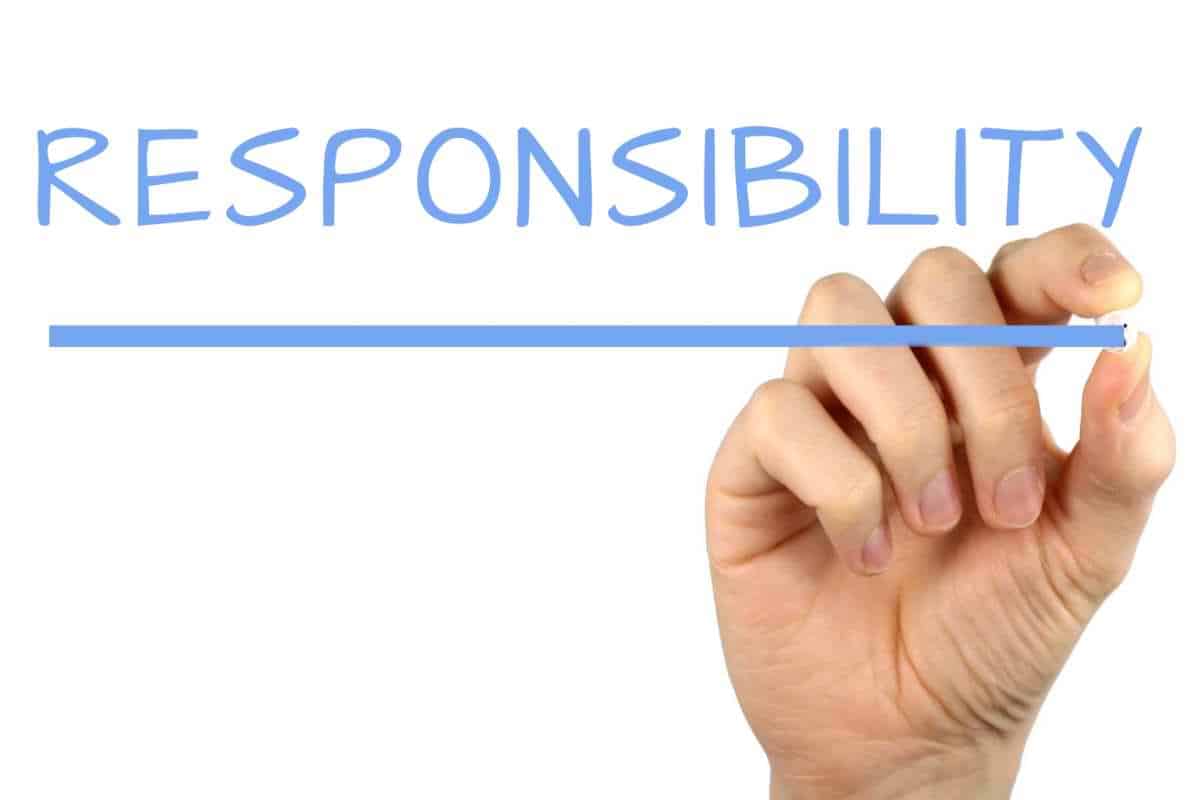 A civilian concealed carrier does not have the same authority or the same responsibilities as a police officer.

You’re only allowed to deploy your firearm in defense of yourself or others in the immediate area. If you hear shots from a block away and run toward the sound with your gun out, that’s no longer defense. That’s offense.

Now, you may not be criminally charged if you use your firearm to stop a person carrying out a true shooting.

However, you have no idea what you’re running into. It could be a drug deal gone wrong, and everybody involved is a criminal. Maybe one of them is an undercover police officer. Maybe the sound wasn’t gun shots at all, and you just pulled your gun on a backfiring car.

You could get charged with brandishing for that. That’s a crime.

Or the police might show up while you’re attempting to save the day and mistake you for one of the shooters.

If you’re not being threatened, it’s best not to put yourself in a position where you are.

Similar rules apply to detaining someone.

Say a person attacks you with what you perceive to be lethal intent and capability. Then, you draw your gun and the attacker gives up. You can keep your gun out if you feel the need to do so. But you can’t use your gun to detain the attacker.

It’s fine to stand at a safe distance and hold your gun while you call the police in case he decides to attack again. However, you can’t shoot him if he gets up and runs away. He poses no threat to you while he’s running away.

It’s best not to chase the attacker down either. If the police arrive while you’re restraining him, you look like the attacker. You also have a gun. It’s a recipe for being mistaken as the bad guy by police.

If an attacker gives up, then runs away. Let him go. Tell the police which direction he went and what he looked like.

The bottom line is that a civilian gun owner is not a police officer. If you do the same things that police do, there’s a chance that you’ll be mistaken for a criminal.

Be Quiet, But Cooperative 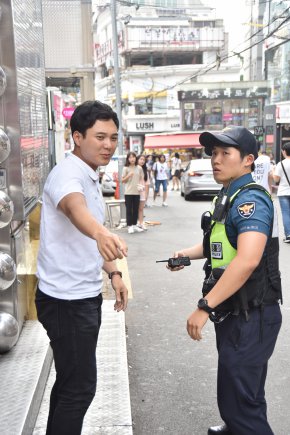 If you ever have to use your gun for self-defense, you’re going to be detained. The police are going to handcuff you and take you to the police station.

If you feel that they’re being too rough, let it go. If you push back or try to tell them about your rights, it may be perceived as resisting. This only makes the situation worse.

If they truly were too forceful with you, it’s best to deal with it later when you have a lawyer.

When they take you in, they’re going to ask you some questions about what happened. Until you get some legal counsel, it’s best to say that you’re very stressed and that you don’t remember.

First of all, this is true. If you just used your gun to defend your life, you’re going to be stressed and your memory is going to be a mess. So there’s no need to try and piece things together.

Second, it prevents you from saying anything incriminating. It’s not that the police are trying to get you to admit any guilt. It’s just that you might describe things in a way that sounds very bad.

So it’s best just to say nothing until you’ve had some time to decompress, and you have a lawyer to help you explain things carefully.

Ultimately, successful interaction with the police while you’re armed depends on some planning. Take some simple steps to avoid confronting the officers with your gun in your hand, even if you were the one who used your gun lawfully.

To the police, you just look like another guy with a gun.