Recurves, Compound, and Crossbows: How to Shoot Every Type of Bow

Whether you wish to bring a target, a deer, or an Olympic medal home, it all comes down to the basics of archery: knowing how to shoot your bow accurately. 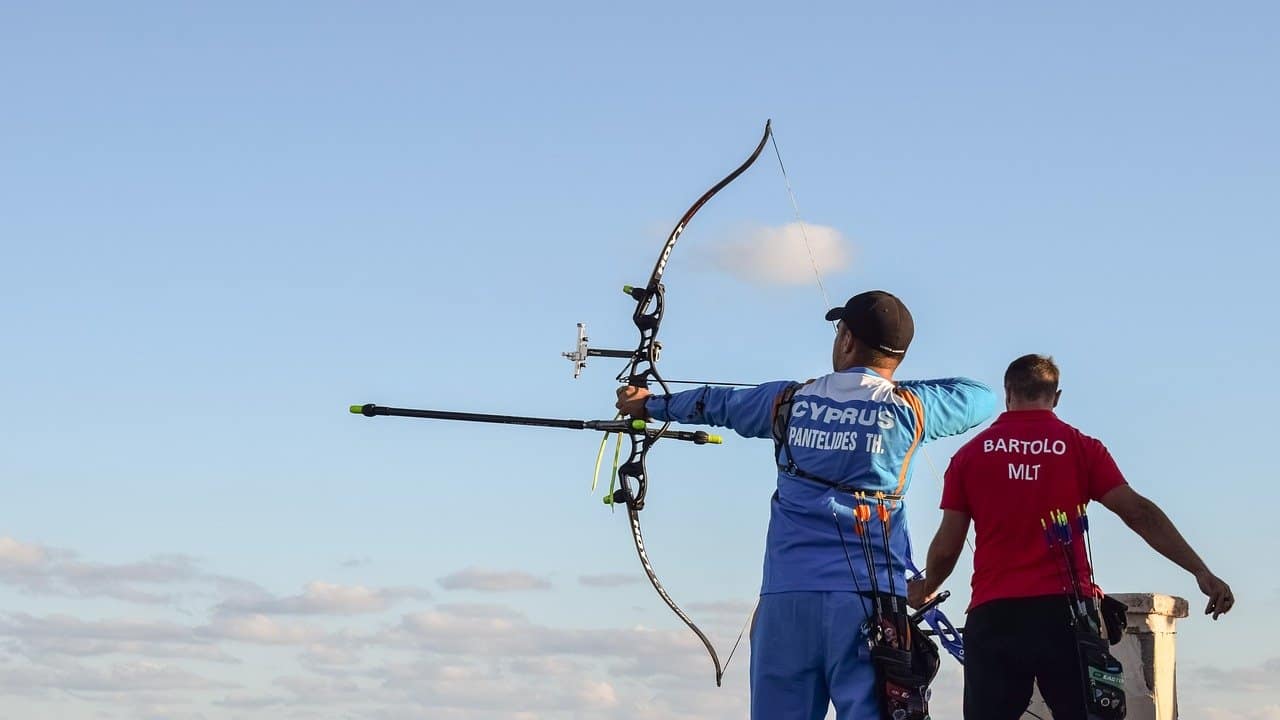 Learn about the basics of shooting every type of bow, from recurves to compounds and crossbows, and find out which is the best for you.

Learning how to shoot a bow using a recurve is ideal for many reasons; recurve bows are more straightforward to operate than compounds, are less expensive, and the basic principles will carry over to other bow types with few modifications. 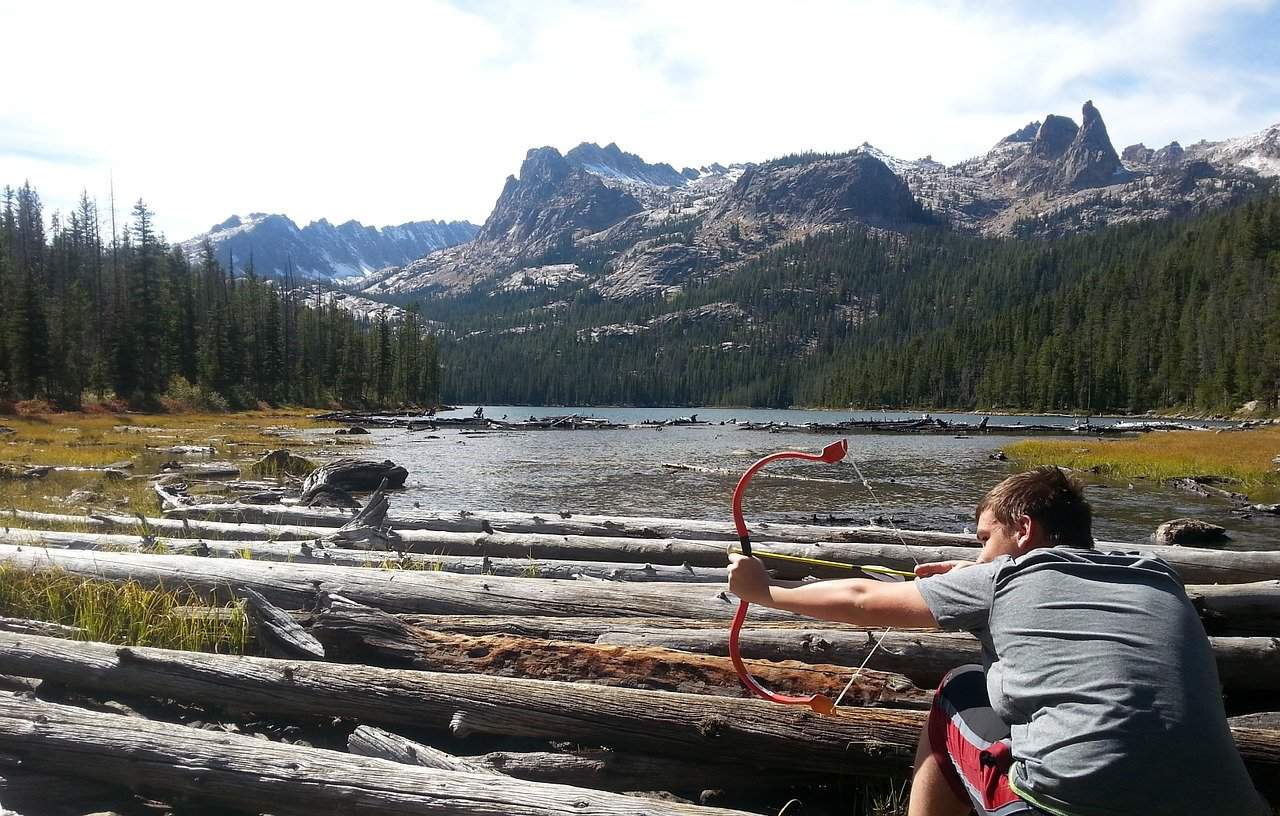 When shooting a recurve bow, it is essential to understand proper stance and posture. There are two main stances you can use, the square stance and the open stance.

Many beginners tend to wrap their non-shooting hand’s index finger around the shaft, reminiscent of how it’s portrayed in the movies. Don’t do this; you risk injuring your fingers when firing. Let the arrow rest on the bow with all of your fingers under the shaft.

Once you’ve nocked the arrow, you’ll want to learn how to hook the bowstring before bringing it to a draw. The most common method is the Mediterranean draw; index finger above the shaft, middle and ring fingers under it. Grip the bowstring with the first joint of your fingers. Do not “fist” the bowstring and avoid pinching the arrow.

With your non-shooting hand, ensure you are gripping the bow correctly. The bow’s grip handle should be nestled against your thenar pad (the padding between your palm and thumb). You should feel like you are pushing the bow instead of tightening it in position. If your knuckles form a roughly 45° angle relative to the bow, you are gripping it correctly.

If you grip the bow too tightly, your forearm will rotate closer to the bowstring, putting you at risk of scraping if you’re not wearing an arm guard. To avoid hurting yourself, you should rotate your arm so your elbow points away, which will naturally bring your forearm away from the string.

Once you’re correctly gripping the bow and the bowstring, you’re ready to draw. Lift your non-shooting arm to shoulder height and bring your shooting arm’s elbow up high, approximately above ear level, and in line with the arrow.

Use your back muscles for maximum effectiveness. A correct draw should make you feel like you’re squeezing your shoulder blades together; if you rely exclusively on arm strength, drawing will quickly exhaust you.

Once you’re ready to shoot, release the arrow by relaxing your right hand, so the bowstring slips away from your fingers. The energy stored in the bowstring will suddenly carry forward and fire the arrow.

After you release the string and fire the arrow, you’ll want to follow through with your shot; continue relaxing your shooting hand until it hangs or flops next to your ear, letting your bow tilt forward in your non-shooting hand. You can now reach for another arrow and repeat the process.

The basic principles of shooting a compound bow are similar to those of a recurve, with only minor differences. Yet, these differences matter; if you want to learn how to shoot a bow with a compound, you need to understand what makes them different. 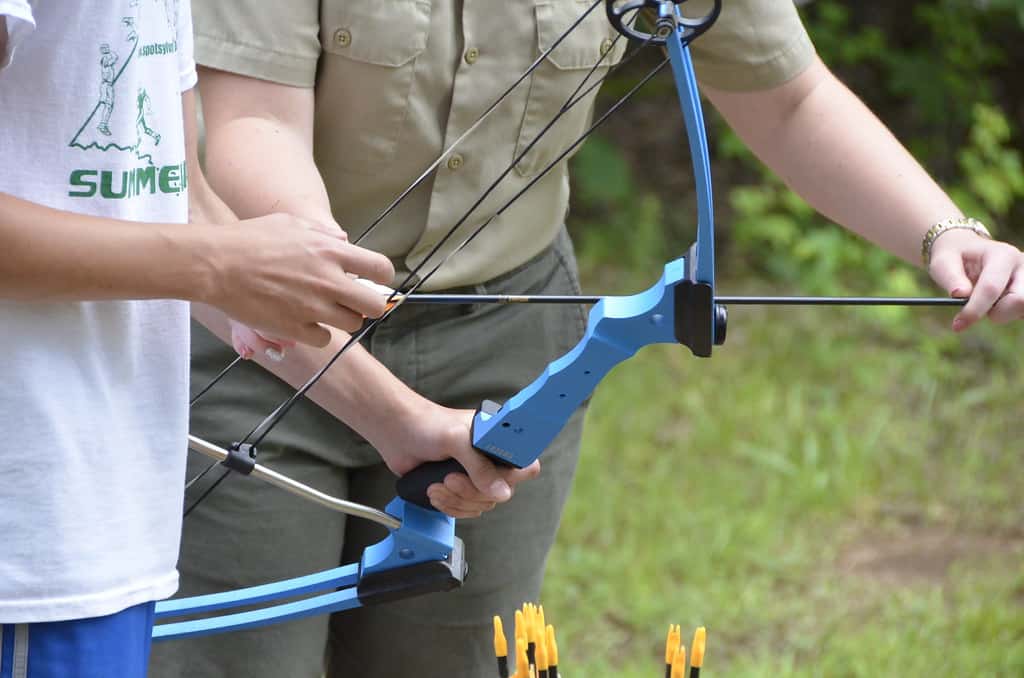 There is virtually no difference here to shooting recurve bows. Use the square or open stance according to your personal preference.

Nocking an arrow and gripping the bowstring

The same principles apply here; however, instead of finger guides, you are likely to find a single loop known as a D-loop, named for its shape.

On a compound bow, arrows should audibly click into place into the D-loop, securing the arrow to the bowstring and ensuring a consistent, stable shot.

You will also find no finger guides on the bowstring of a compound bow. Instead, you attach a device known as a release aid into the D-loop. The purpose of the release aid is twofold: providing a comfortable gripping surface for the archer to pull on and draw and allowing the archer to release the arrow consistently.

Instead of drawing and letting go in a follow-through, the release aid features a button or a trigger. When depressed, the device immediately releases the bowstring and fires the arrow.

Shooting a crossbow involves a very different process from recurve bows and compound bows. The ergonomics of a modern crossbow are reminiscent of a firearm, granting greater stability and accuracy. 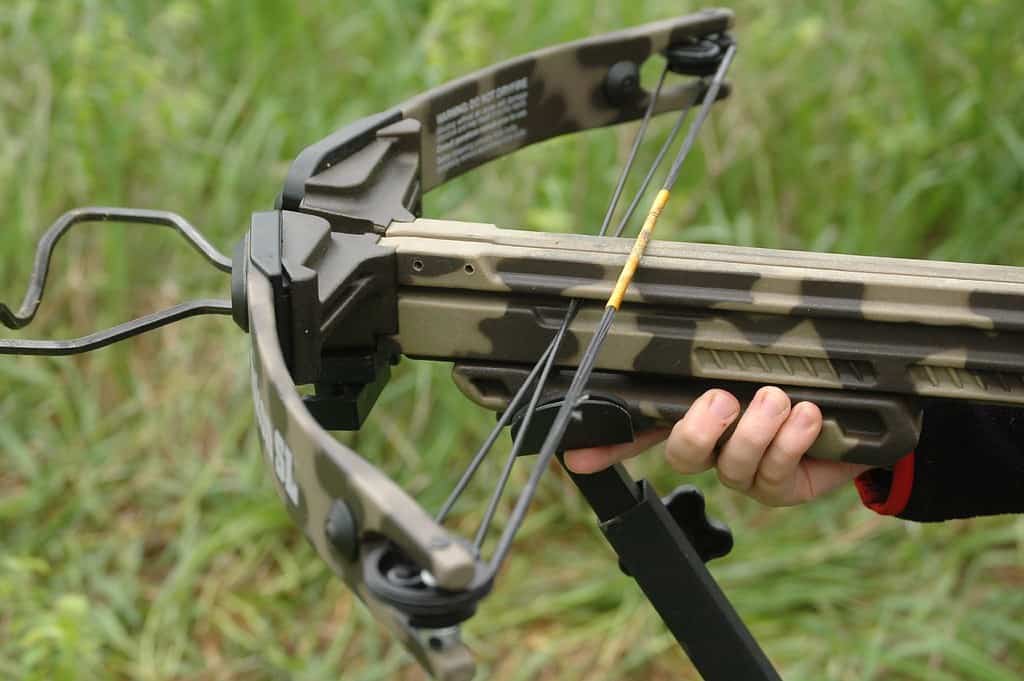 The first step is to cock the crossbow, causing the mechanism to draw the bowstring and hold it in a strung position until fired. There are two main methods, depending on your crossbow’s design: manual cocking and crank-operated.

A manual-cocking crossbow requires you to pull the crossbow string back using a lever. You must take care to pull it straight back; misaligning will cause your bolt not to fly straight, likely missing your target.

Crossbow cranks are essentially winches, allowing you to slowly bring the bowstring into a cocked position by rotating the lever enough times. Some cranks are integrated into the crossbow, while others are detachable.

Once cocked, place an arrow into the crossbow’s barrel, taking care to align the arrow vanes and fletching with the channel. Once inserted, nock the bolt in place.

Most crossbows come with sights: crossbow-specific iron sights or firearm-style optical sights, such as a scope or a red dot. Align the target with the sights, push the stock into your shoulder (if your crossbow has one), and squeeze the trigger. Repeat the process to take another shot.

No matter which archery weapon you prefer, you must understand that becoming a skilled archer or crossbow shooter requires frequent and regular practice.

If you are a beginner, you should train and shoot as often as possible to develop your fundamentals. Once you have gained experience, regular practice prevents your skills from rusting, keeping you in shape for hunting or shooting competitions.

Guide to Improve Your Aim on Bow

How to Tune a Bow