How to Train Your Dog to Be a Hunting Dog

Hunting dogs find and retrieve game for hunters, and while some breeds are more suited to become hunting dogs than others, all hunting dogs must undergo training from the puppy phase onward. To ensure your dog reaches his full potential as your hunting partner, instilling basic obedience in the puppy phase is essential. 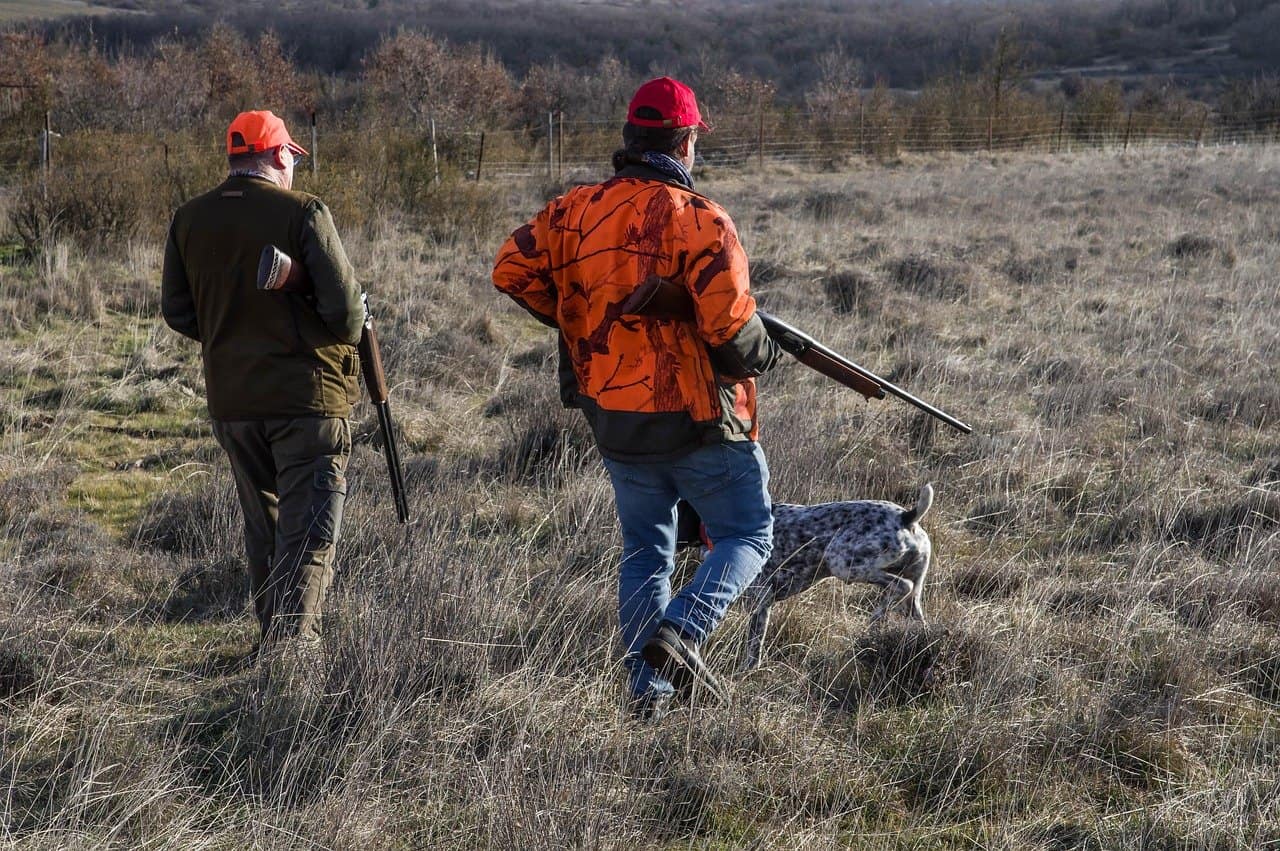 Equally crucial in how to train a hunting dog is to gradually acclimate your dog to the hunting environment, so it becomes an environment he enjoys as much as you do.

When choosing your new hunting companion, consider the type of dog that best suits your specific hunting needs. No one type of dog is the best type of hunting dog, but some breeds are optimal for different types of hunting. For example, American Foxhounds are ideal for hunting deer, while Spaniels are excellent for bird hunting.

Various breeds have differently pronounced instincts that lend themselves to different aspects of hunting. For example, while Pudelpointers and Setters are versatile and good all-around gun dogs, breeds like Golden Retrievers are specifically suited to bring game like waterfowl back to the hunter without damaging it. 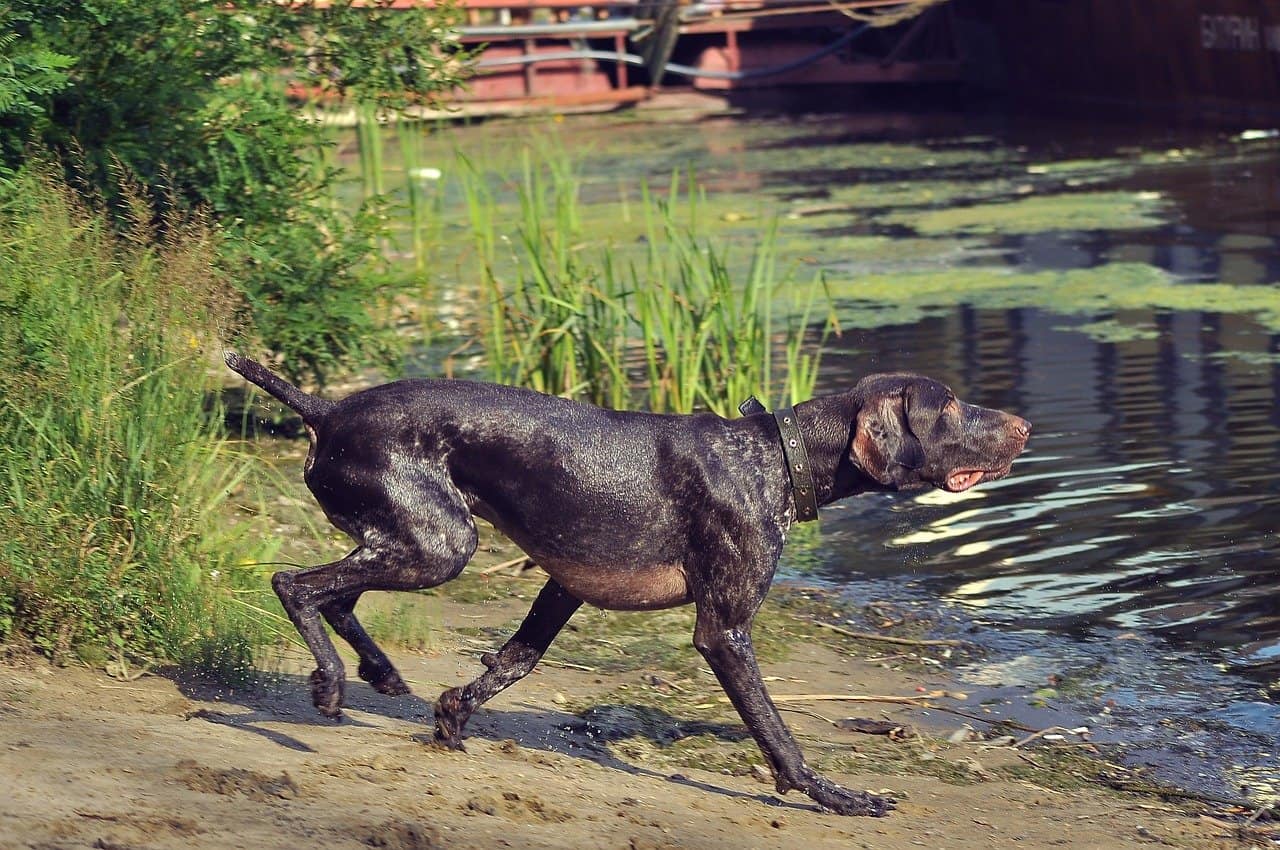 Springer Spaniels are known as flushing dogs in hunting terminology, chasing birds from their nests and into the air and then marking the dead birds’ locations for retrieval. Pointers, such as English Setters, find game by searching the hunting area and freezing when they locate quail or pheasants.

Hunting dogs need to be given the tools in their training to become hunting dogs from puppydom onwards. They need to be obedient, comfortable with the sights, sounds, and atmosphere of the hunt (such as the sound of gunshots), and they must be taught to be dependable at all times.

There are many methods to train a hunting dog. Choosing the correct techniques that consider your breed’s temperament and play to your dog’s strengths is crucial.

From Puppy to Partner: The Essentials of Training

In their first few months, puppies bound into a world of excitement and fun. They also experience rapid individual growth and can be intimidated by new things, so it is vital to take your training slowly and introduce new concepts and skills gradually. 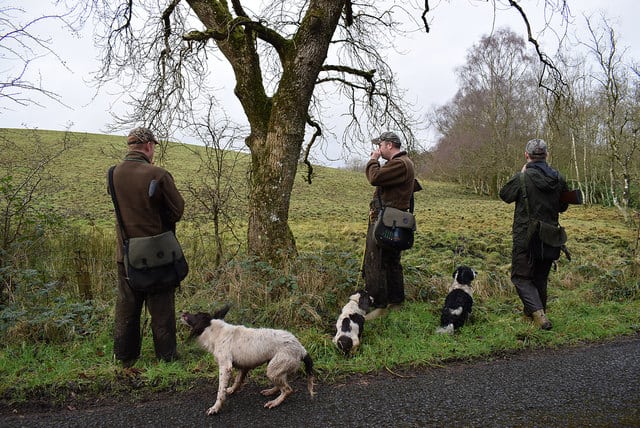 Keep your puppy with you as often as possible to speed up the bonding process and teach it to understand commands by rewarding it with treats and affection for good behavior.

A dog’s innate desire to please its owner is the most important element to focus on in dog training, so forging a positive relationship with your puppy quickly is critical.

Introduce the puppy to other people and other animals to ensure that he is socialized early on; this is the easiest part of the training, as socialization comes easily to most dog breeds. Buy dog toys, so he learns the distinction between his own things and your things. Then expand his socialization to other dogs and new environments.

A puppy has large - and ever-growing - reservoirs of energy, but it also needs periods of downtime to recuperate. Don’t exhaust your pup, or it could lose interest in taking commands. But keep the puppy under control when it’s energetic; just letting it run wild may lead your dog to develop bad habits that could impede its training.

Teach the dog patience by making it wait for your command for anything, be it entering, eating, sitting, etc. Keep the commands basic at first with words like ‘no,’ ‘sit,’ and ‘heel’ to not confuse the puppy. Only gradually incorporate multiple commands as the dog’s training expands.

When your dog is disobedient, refrain from repeating commands or raising your voice. Dogs understand your tone of voice rather than the words you are saying. Impose discipline by demonstrating who is in charge. Make direct eye contact to get the pup’s attention, assert your dominance as the “pack leader,” and use a firm, even voice.

Body language also plays a significant role in how your dog perceives you and understands discipline and commands. Hold your body upright, but do not loom over your dog, as this may appear threatening.

Steadily expand your dog’s training to letting him run in the types of open spaces that he’ll be helping you to hunt in. Allow him to become familiar with these areas slowly, as hunting grounds or the countryside can be frightening for a young puppy.

Let him explore these terrains and the game they contain and gradually expand the time sessions as your puppy grows accustomed to them, building his confidence and increasing his physical strength. Make sure you keep track of your puppy, so he doesn’t get into trouble or get lost.

​Training Techniques to Turn Your Puppy into a Hunting Dog

Teach the dog marked retrieves, that is, to locate the bird where it falls. First, the dog needs to learn to pay attention to form an image of where an object is located. Make sure he is concentrating on the object and is not distracted by something else.

In the end, the dog has to understand that retrieves come from a gun, but you can start practicing this with bird-shaped dummies, instructing the dog not to damage them. Enlist the help of someone else or use a dummy launcher. 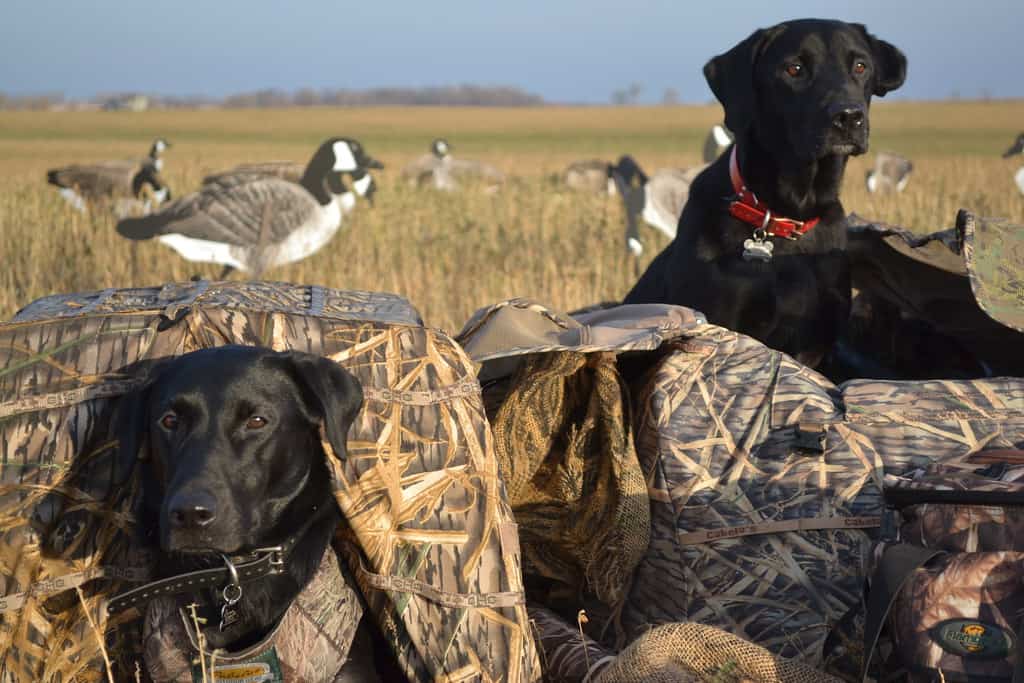 Blind retrieves are where your dog does not know where the bird fell. Blind retrieves are those which your dog will most likely encounter in the field and should be the core focus of your training. In a blind retrieve, the dog is directed by dog whistle, voice, and arm signals to indicate the general direction of the fallen animal.

Before going off-leash, ensure the dog is trained to come when called. Start with a long leash to give the dog an off-leash feeling, and practice letting the dog off the leash first in safe, off-leash designated areas. Use a GPS collar in case he takes off, and keep calm until you’ve retrieved him.

Sudden loud noises can startle a hunting dog in training, so an important part of acclimating your pup to the conditions of the hunt is gun training. Train him to get used to gunshots by firing your weapon from a distance at first and then gradually get closer to the dog, teaching him to expect them.

Remember to enjoy the journey of how to train a hunting dog. Training hunting dogs is a continuous process, so plan for each training session or trip outdoors, and record your dog’s progress. Your awareness of your dog’s successes and failures will reflect your own abilities as a trainer, though you can consult a professional if necessary.

Make any necessary changes in your planning to reach the objectives you want your dog to achieve until both you and your canine companion can enjoy the hunt together.

What Are the Benefits of Hunting