Is Carrying a Spare Magazine Mandatory? 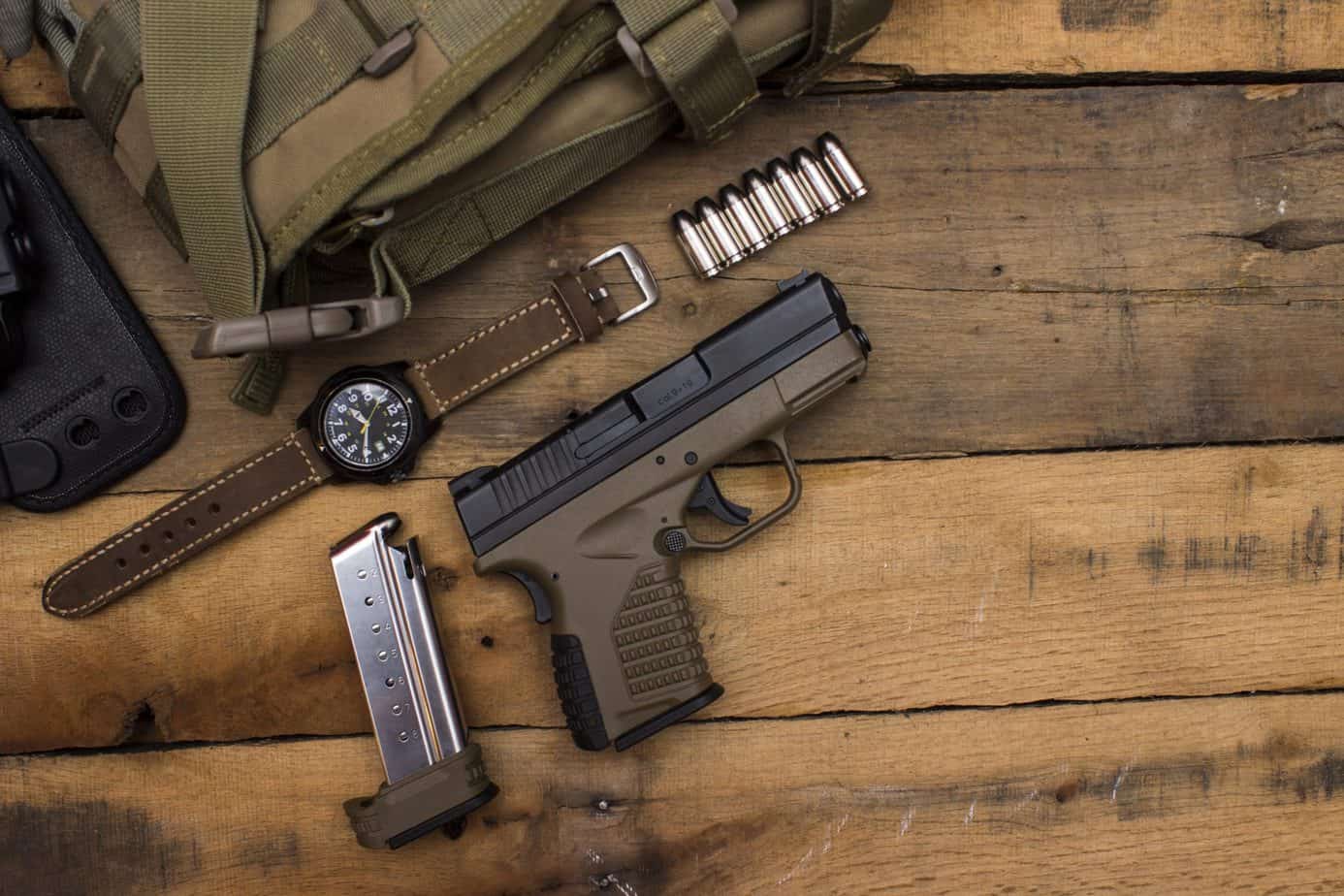 There are many valid arguments and reasons for carrying extra magazines, although some may only apply to specific types of carry guns.

The most obvious advantage to having extra magazines on your body is the availability of extra ammunition.

Without entering into the debate of stopping power, it is a generally accepted fact that handguns simply aren’t as effective as shotguns or rifles for stopping a threat.

Concealed carriers use handguns because they are the only type of firearm that you can hide under your clothes practically.

No matter which caliber you prefer to carry, a concealed carrying citizen cannot expect their handgun to deliver the elusive one-shot stop, let alone consistently.

Therefore, it is natural to want more ammunition at your disposal: you can’t be sure of how many shots it will take to stop an aggressor, and it’s not even a certainty that you’ll always face one threat.

If you carry a pistol such as the Glock 43, a single-stack 1911, a Hi-Point, or any other model with a relatively low magazine capacity, one magazine might not be enough.

A rule of thumb is that if your carry handgun’s magazine capacity is 10 rounds or less, you should carry at least one extra magazine should your first one run out.

With micro-compact pistols such as the Glock 43, where you only have 6 or 7 rounds before the magazine runs dry, it may even be sensible to carry two or more spares.

The #1 cause of malfunctions in any semi-automatic, magazine-fed firearm is the magazine; this is true for pistols and rifles.

Except for the stovepipe, which is typically the result of a weak or worn-out extractor, bad magazines are responsible for most pistol malfunctions.

Failures to feed (FTF) can manifest in many ways (nose up, nose down, etc.). All share the same general principle: The topmost cartridge could not reach the chamber and remained jammed between the feed lips and the barrel.

Failures to chamber occur when the slide appears to cycle after firing a round, but the pistol could not chamber a new round. Typically, when you try to pull the trigger after this type of malfunction, you’ll hear a click.

Double-feeds occur when two rounds are trying to enter the chamber simultaneously, jamming the slide. You can easily recognize a double-feed: one cartridge will appear chambered, but the second cartridge’s nose is riding against the back of the first.

If you sustain any type of malfunction during a self-defense situation, it is common to throw the current magazine out and insert a fresh one, just in case the failure was magazine-related.

The rationale is that if you don’t have spare magazines at your disposal to remedy possible magazine-related failures during an emergency, you will be stuck with an unusable firearm, leaving you in a potentially dire predicament.

Of course, making sure the magazines you use for concealed carrying are as reliable as possible does help, but malfunctions can still happen even if your gun and magazines are in good condition.

You could also opt for a 30-round mag but it will raise a question of legality which really complicate things. 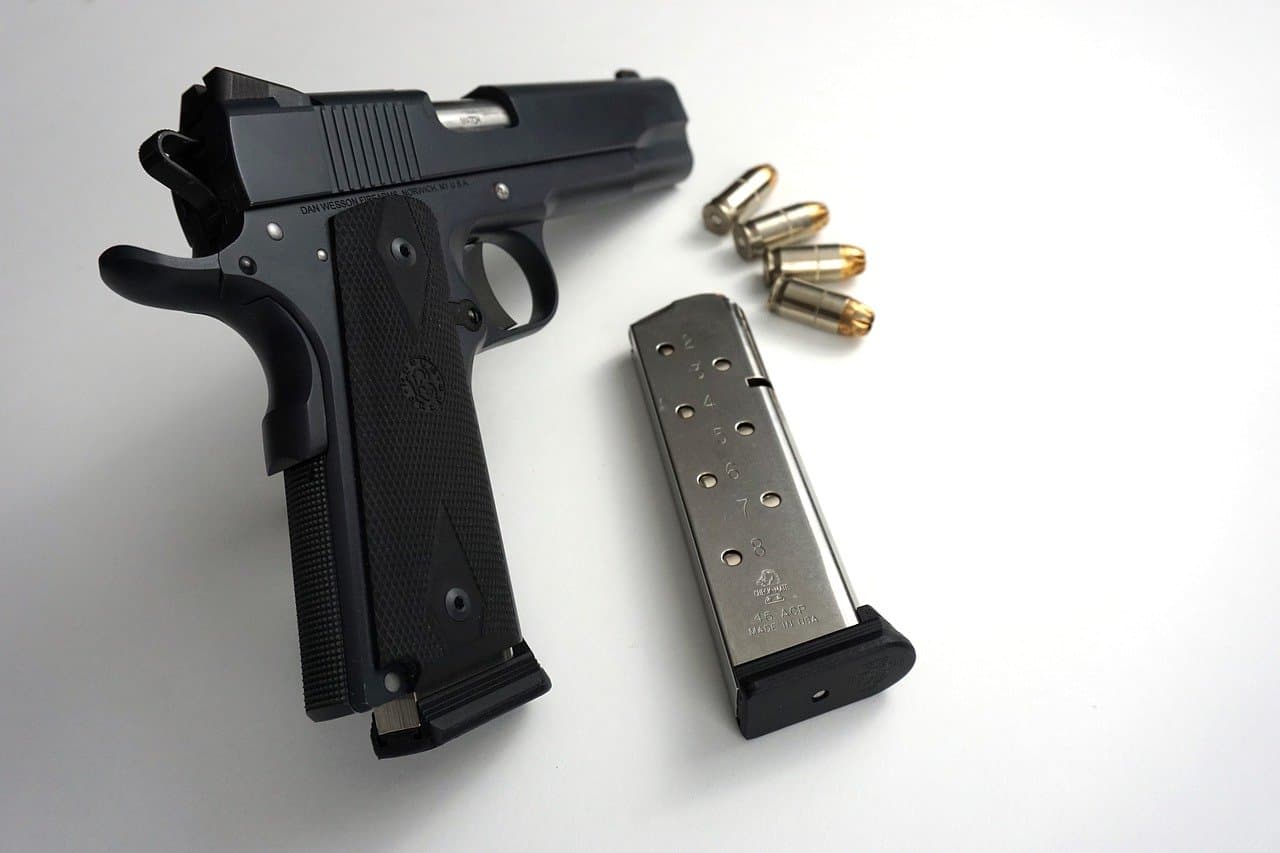 Some concealed carriers do not believe a spare magazine is necessary, and their arguments are worth considering as well.

The main argument against spare magazines is related to self-defense statistics and probability.

An incident requiring the use of a firearm for self-defense is called a Defensive Gun Use (DGU). According to the CDC, between 500,000 and 3 million DGUs occur every year.

However, it is essential to understand that a successful DGU does not necessarily involve shooting. A DGU may be successful by merely revealing the presence of a weapon, visually or verbally.

According to the FBI, the average gunfight takes place within 3 yards, lasts 3 seconds, and involves 3 shots fired.

In other words, it is already statistically unlikely that one will need to shoot their concealed carry firearm in self-defense. Should it happen, it is equally unlikely you’ll ever need more than a few rounds. Therefore, it is reasonable to question whether carrying spare magazines is indeed an imperative necessity.

If your carry gun uses magazines with a relatively high capacity, carrying spare magazines means dealing with extra weight on your gun belt.

A typical concealed carry pistol such as the Glock 19 weighs approximately 23.6 oz without ammunition. A spare magazine weighs about 2.5 oz, and a single round of 9x19mm ammo is roughly half an ounce.

By extrapolating, one can deduce the following:

Strapping 2 pounds to your gun belt without printing or discomfort is already a challenge. Understandably, adding extra weight with spare magazines may not be very appealing or practical for everyone. It may even make carrying a firearm even more uncomfortable and burdensome.

Carrying a firearm is a matter of compromises. It is fair to say that we carry to prepare for the unthinkable. In a certain sense, carrying a spare magazine is also preparing for the worst of the worst-case scenarios.

Although it may be wise to have at least one spare in case of malfunctions, it is up to you to decide and adapt your concealed carry setup according to your situation.

Looking for bushmaster magazines? Check this page for great selections.