Kimber has been at the forefront of the 1911 market for many years, and they’ve been one of the most successful manufacturers when it comes to building small 1911-type pistols. 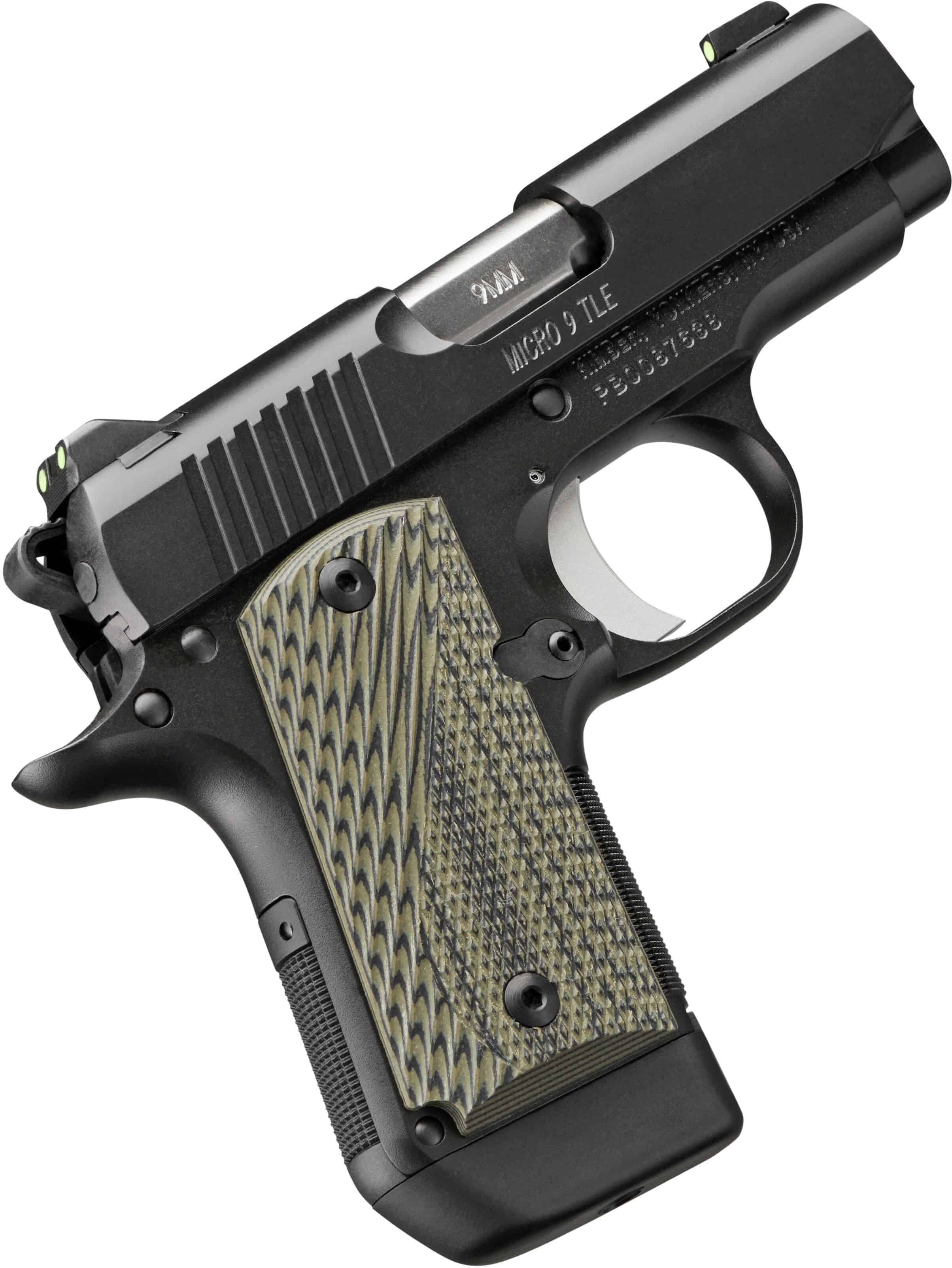 The Kimber Micro 9 is Kimber’s most popular offering in the subcompact 1911 category. They seem to have addressed many of the typical micro 1911 issues.

It may not be the gun for everybody. However, it’s an excellent option for those who want the feel of a 1911, but in a 9mm concealed carry package.

The Micro 9 has a beautiful fit and finish, and Kimber offers it in a variety of aesthetic designs. So, it’s a great looking gun. But how does it perform?

We’ll dig in and cover what’s great and what we think Kimber could have done better.

These are the bare specs, because it wouldn’t be a review if we didn’t give you the numbers: 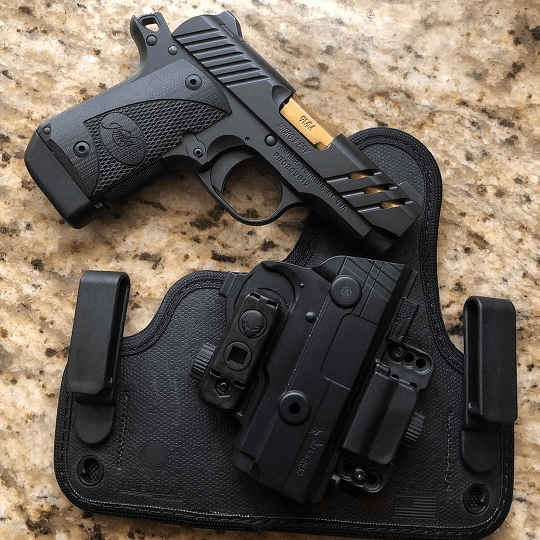 As the numbers show, this is intended to be a dedicated concealed carry pistol.

We won’t call it a pro or a con, but as a 1911-style pistol, this gun has an external manual safety. If you use this gun for concealed carry, you must train for disengaging the safety when you shoot the gun. Otherwise, you could forget to disengage the safety during a defensive incident, which causes a user-induced malfunction at the worst possible time.

But that’s just something to be aware of.

Let’s get to the important stuff: the actual good and bad of this gun.

Kimber states that you should only use premium ammunition in this gun, and the 1911 design is known for reliability struggles with hollow point ammunition.

However, so far, this gun has performed flawlessly for myself and a lot of other shooters. 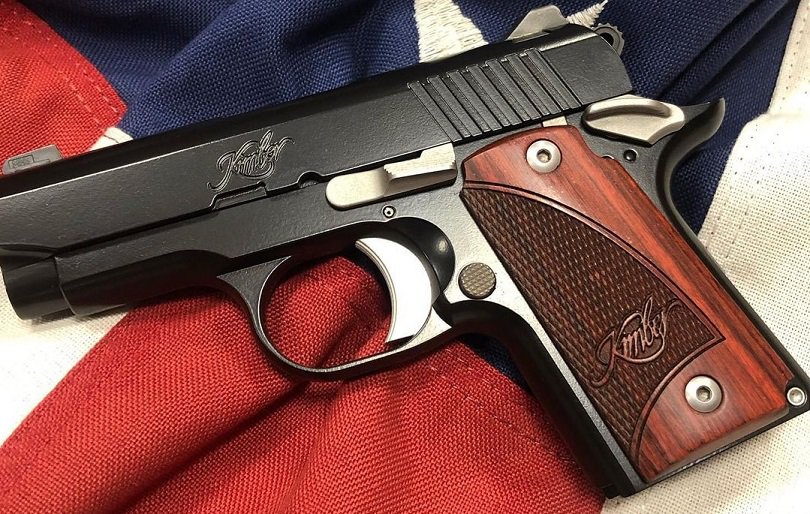 If you have concerns about the reliability, or want to check your gun for yourself, run 200 rounds of full metal jacket rounds and 50 rounds of your preferred hollow point ammunition through the gun. A good defensive gun will fire all 250 rounds without any malfunctions.

The evidence suggests that the Micro 9 will pass this test just fine.

One of the things that people love about the 1911 is the trigger.

The Micro 9 has a single action trigger that’s very nice. The trigger shoe itself is aluminum. But the take up is very smooth. The break is incredibly crisp, and there’s almost no overtravel.

In short, the trigger makes it easy to get accurate shots.

So, if you want a defensive gun with a precision trigger, this might be the gun for you. 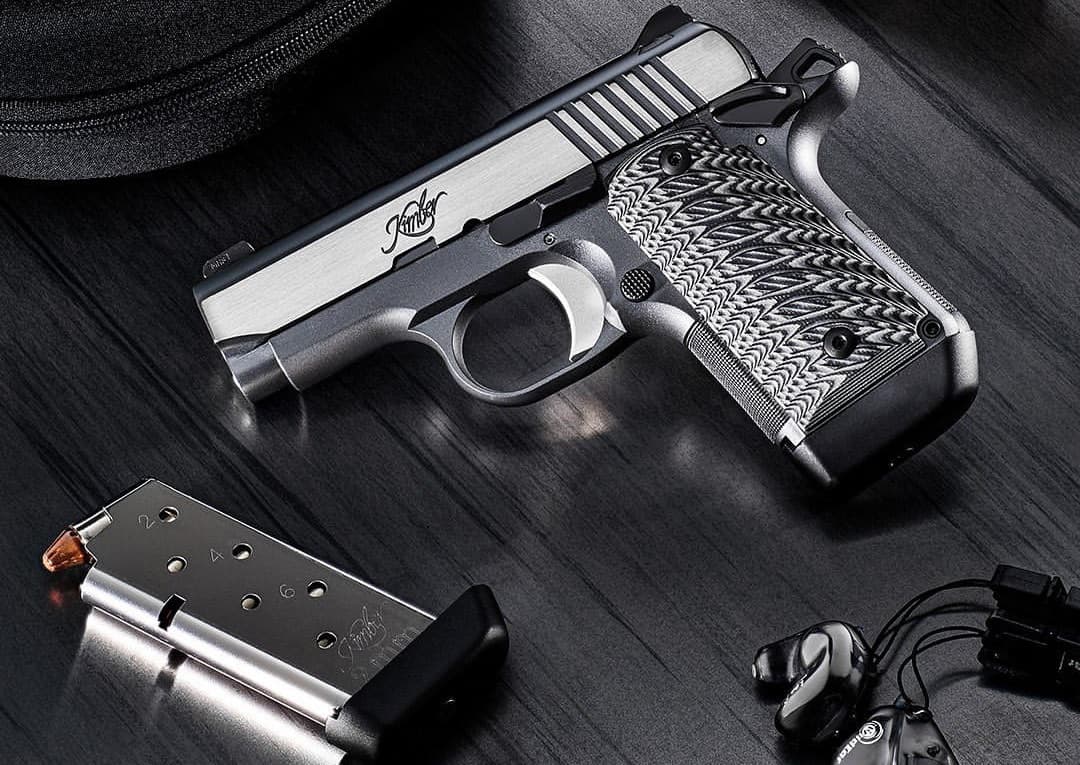 Both the grip shape and the grip texture are excellent.

The grip is a classic 1911 shape and angle. Kimber used G10 scaling for traction, even when your hands are sweaty and slick.

However, where Kimber really made an excellent decision is the grip safety. The Micro 9 doesn’t have one. It makes the grip more comfortable, and makes the gun more reliable in extreme close quarters situations.

Overall, the grip is comfortable and encourages accurate shooting.

There’s a lot to like about this gun. But it’s not perfect. This is an honest review. So, we’ve got to cover some of the bad stuff.

Left-handers have struggled with guns for decades, and non-ambidextrous controls are a major reason for that.

The manual safety and the magazine release are both right-handed. And they cannot be switched to the other side.

This wouldn’t be terrible. However, the safety is pretty much impossible to use if you’re shooting left handed. That’s especially problematic for concealed carry, since the safety could be engaged from moving around with the gun in your holster.

So, this isn’t an ideal gun for left-handers. However, the non-ambidextrous controls will also present complications for right-handers during off-hand shooting. 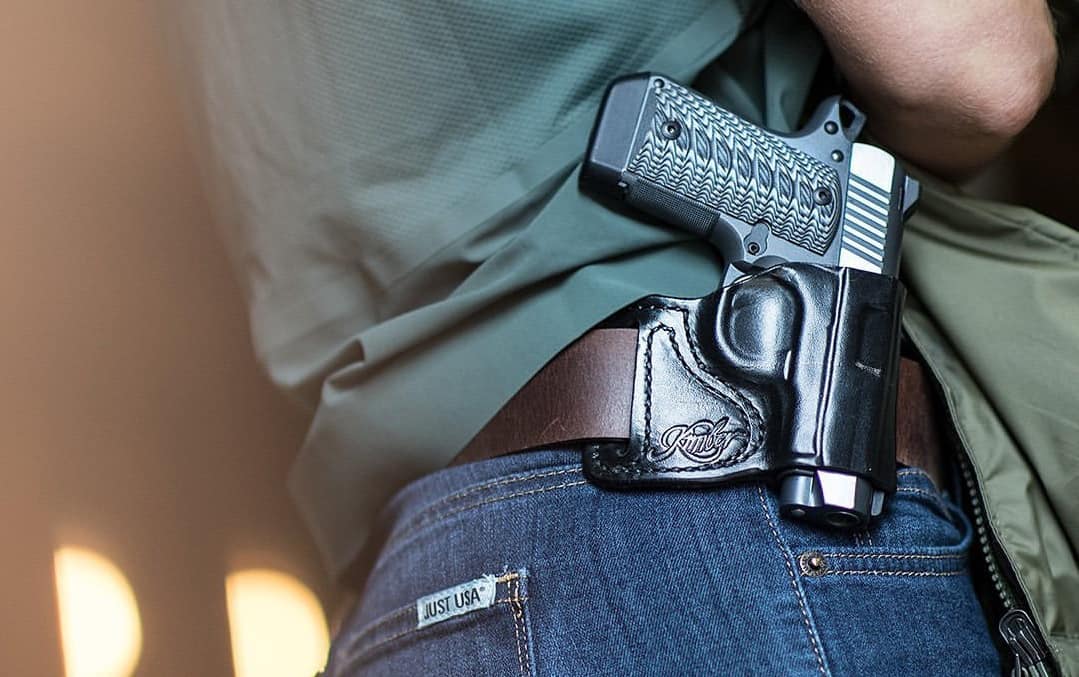 The only time when we’ve seen malfunctions with this gun is when people shoot with a poor grip. This is common for new shooters.

So, this could present reliability issues for beginners and people with grip issues. You should only use this as a defensive gun if you have consistently good grip for a solid shooting platform to operate the gun.

First: the Micro 9 only comes with one magazine. Pretty weak.

Additionally, the included magazine has an extension to give you a bit more real estate on the grip. Unfortunately, the extension cap can pinch you when you reload the gun. This hurts and messes up your reload. 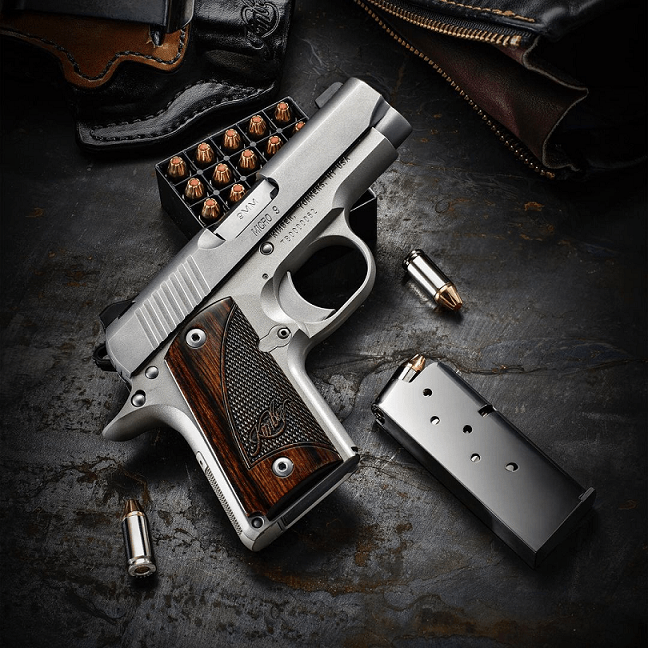 Since the grip is so short, you need to open up your pinky and ring finger when you reload to avoid this issue. It could definitely be a problem if you’re reloading under duress.

Kimer offers flush fit magazines that don’t have this problem, because there’s no extension. However, you have to pay extra for them. 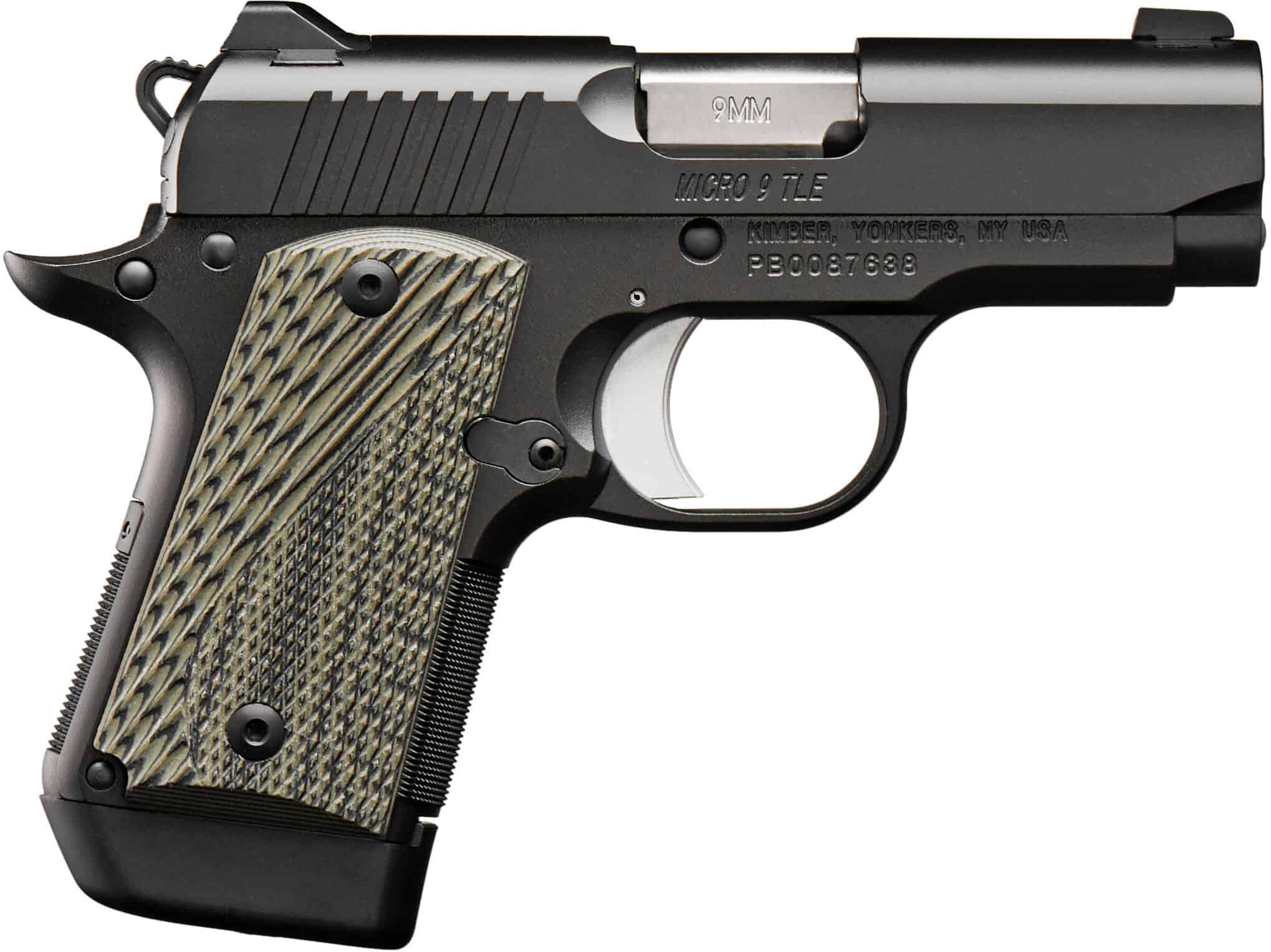 All things considered, the Kimber Micro 9 is an excellent option for shooters who want a small 1911 for concealed carry. It’s reliable and shoots very well.

Only left-handers, beginners, and those with wrist injuries or grip issues will want to look elsewhere for an extra small concealed carry gun.

Everyone else will find that this gun delivers an quite enjoyable shooting experience for a micro pistol.

Now that you’re in the know, check out the Micro 9, especially if you’re a 1911 fan. It might be your new favorite carry gun.

Before going into carrying a gun, always check on your city about its constitutional policies or laws regarding the topic or learn the basics here and get educated.

On a related matter, this gun is perfect for open carry to public since it's small and light so it is easily concealed if you need to.

You can also check out these awesome articles:

Effects of Dry-Firing a Gun