Does a Suppressor Reduce Recoil?

Quick Navigation
How a Suppressor Works
But Aren’t Silencers Illegal?
Suppressors and Recoil
What About Semi-Automatic Firearms?
​Muzzle Brake vs. Suppressor
In Summary 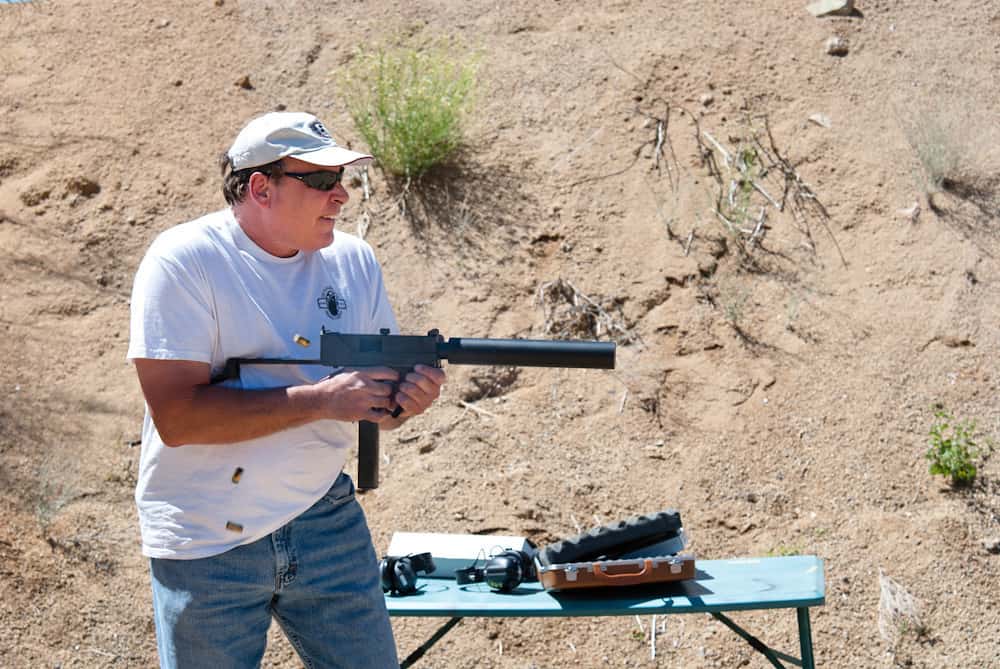 A sound suppressor is designed to reduce the noise that your firearm produces, protecting your hearing. But what else can a suppressor do?

If you’ve fired suppressed weapons or thought about buying a suppressor, you may have asked whether a suppressor can also dampen recoil.

How a Suppressor Works 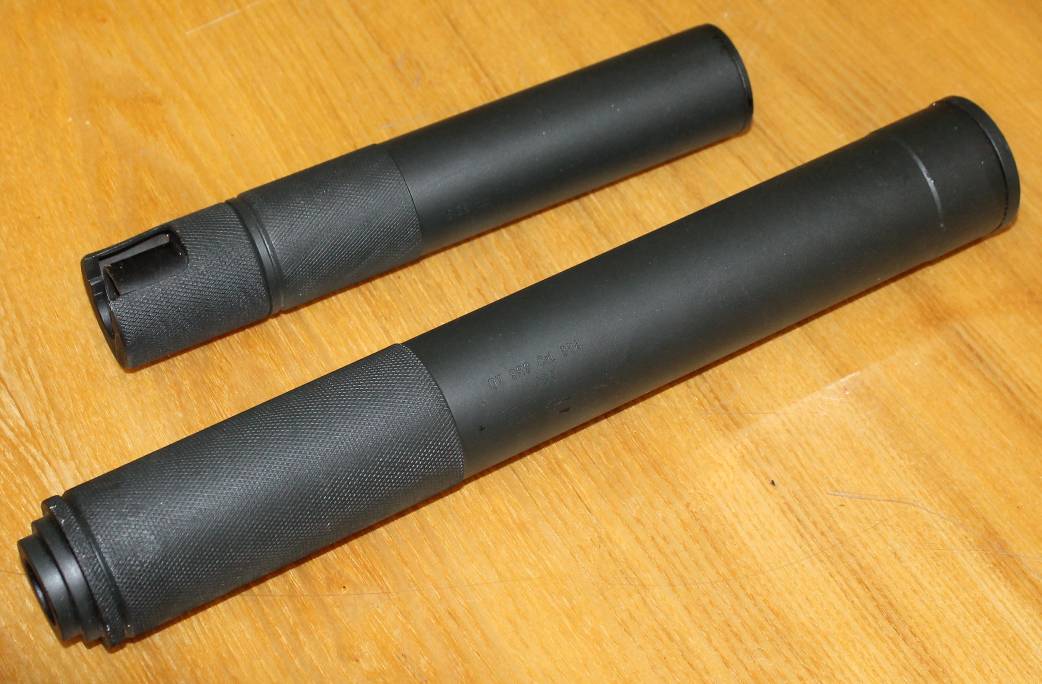 A sound suppressor, also known as a silencer, is a cylindrical or rectangular device that you attach to the end of a gun’s barrel, usually by screwing it to a threaded muzzle. The primary purpose of a sound suppressor is to reduce the report of a firearm or render it unrecognizable as a gunshot, lowering the decibel (dB) rating.

The device has a series of removable or integral internal baffles through which the bullet passes when you fire. As the bullet leaves the barrel, it’s followed by high-pressure, high-temperature expanding gases from the burning propellant, which enter the suppressor body. The suppressor captures these gases, cooling and slowing them in the process.

Unsuppressed gunshots can exceed 160 decibels. Even infrequent or intermittent exposure to unsuppressed gunfire without adequate hearing protection can permanently harm your hearing.

As a result, in a civilian context, the suppressor fulfills the role of a safety device. By lowering the decibel rating of your firearm, it lowers your risk of suffering permanent hearing loss. In addition, it protects the hearing of others in the vicinity and reduces noise pollution. However, sound suppressors can do more than protect your hearing.

Contrary to popular belief, it is legal for an unlicensed private citizen to possess a sound suppressor, federally, provided that they can legally possess firearms.

Although suppressors are often associated with espionage, assassination, sentry removal, and special operations forces, this is an adaptation of the technology. Sound suppressors have been marketed to civilians for more than a century for recreational shooting and hunting. 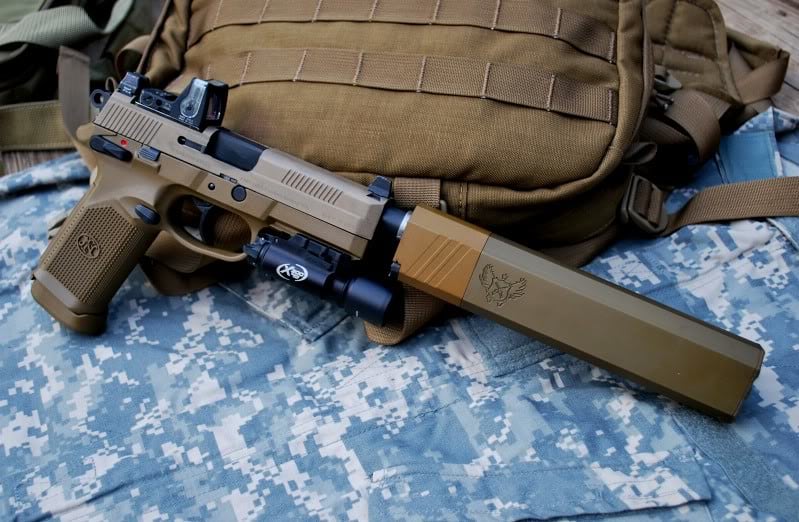 If you want to reduce your rifle’s recoil and/or muzzle rise, you would normally use a muzzle brake or recoil compensator. These devices exhaust gases horizontally, vertically, or both to dampen the recoil impulse and keep the barrel down.

However, both muzzle brakes and compensators intensify the sound of the gunshot and can disturb the environment. That’s one reason for muzzle brake vs. suppressor comparisons—some want the best of both worlds.

Can sound suppressors also reduce recoil? The short answer is yes. When powder gases leave the muzzle of a firearm behind the bullet, they escape at high velocity, contributing to the rearward thrust and, thus, recoil. By slowing these gases and reducing their velocity, the suppressor can also reduce the firearm’s rearward recoil impulse.

Furthermore, as the gases enter the suppressor, they exert forward pressure against the internal baffles, which oppose the direction of the recoil.

While this has a less prominent effect, sound suppressors also add weight to the front of the gun, which can dampen the recoil and limit muzzle rise.

What About Semi-Automatic Firearms?

Sound suppressors can reduce the recoil impulse in manually operated repeating firearms, such as bolt-action rifles. However, whether a suppressor can attenuate the recoil of a semi-automatic firearm depends on additional factors.

In a semi-automatic, recoil-operated handgun, a recoil booster is often required. The reason for this is that adding additional weight to the barrel can inhibit its reciprocating action. The barrel must be free to recoil in order for the gun to cycle. Recoil boosters, also called Nielsen devices, use a spring and piston to decouple the suppressor from the barrel during firing.

In semi-automatic, gas-operated rifles, such as the AR-15, a suppressor can cause the action to cycle more violently. By delaying the escape of propellant gases, the suppressor causes the residual bore pressure to remain high for a longer period.

This can cause the action to open under high pressure, increasing the bolt velocity. The result is increased wear on the bolt carrier group. Parts that tend to experience a high rate of wear, such as the extractor, will also have to work harder.

Depending on the rifle’s gas system and buffer/recoil spring assembly, the effect of a sound suppressor may be to increase the recoil impulse. An adjustable gas block or gas regulator can allow you to optimize the rifle’s operation for use with a sound suppressor, adapting to the increased pressure. 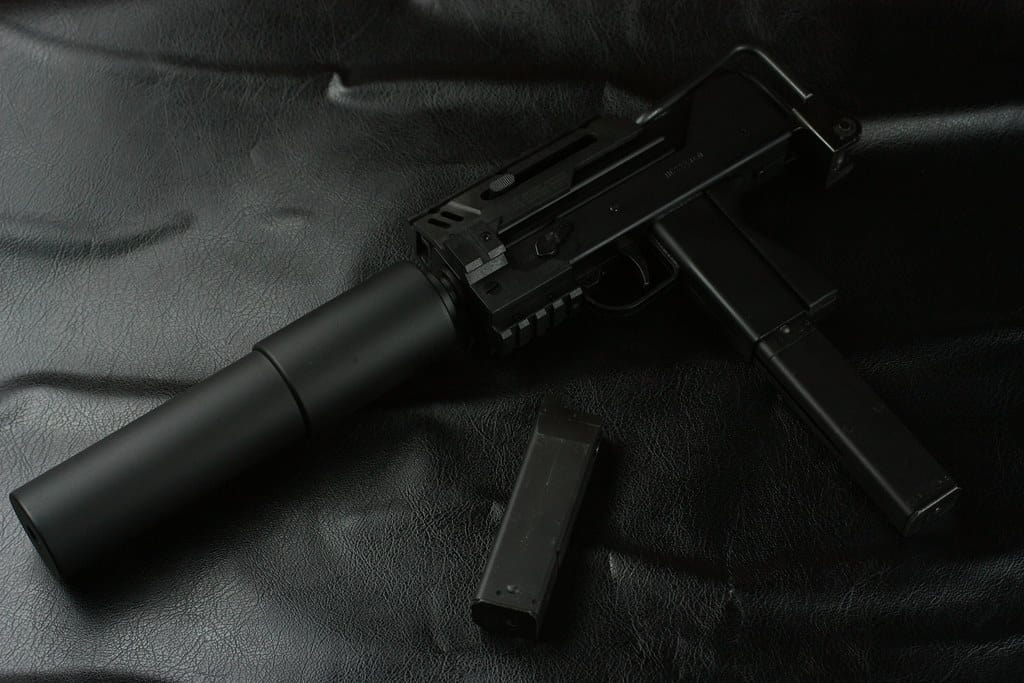 In the muzzle brake vs. suppressor debate, there’s the question of which device you should choose for recoil reduction? The answer is that it depends on several factors, including whether you need your gun to produce less noise.

Sound suppressors are more heavily regulated than muzzle brakes. If you want to buy a sound suppressor from an FFL, you will need to file ATF Form 4, pay a $200 tax, submit photographs and fingerprints, obtain the signature from your chief law enforcement officer (CLEO), and wait several months.

You should also be aware that sound suppressors are explicitly banned in some states, such as California and New Jersey. Muzzle brakes, however, are unregulated in most jurisdictions—you can buy them online and have them shipped directly to your home.

If your primary interest is in reducing the recoil of your rifle, muzzle brakes are generally more effective in this respect. The brake exhausts and redirects gases rather than capturing them, which causes a more pronounced reduction in the recoil velocity.

Some powerful hunting and tactical rifles require effective recoil reduction to be comfortable to fire. In these weapons, a suppressor will be the inferior choice.

However, a suppressor also significantly reduces the report at the muzzle. When firing magnum rifles like the 7mm Remington Magnum, .300 Win. Mag.—and anti-material rifles—such as the .50 BMG—the muzzle blast can be severe. A muzzle brake intensifies this blast.

If you select a muzzle brake or recoil compensator for your rifle, always ensure you are wearing adequate hearing protection, especially when firing in an enclosed space.

Ideally, you should double up—i.e., wear earplugs and muffs—to improve your level of protection. Electronic earmuffs are also an option, enabling you to hear your surroundings, including human speech while compressing high-intensity sounds.

If you're looking for unbiased reviews on AR-10 muzzle brakes, then check out this complete guide.