Quick Navigation
Which Calibers Are NATO Ammo?
Differences Between Civilian Cartridges and NATO Ammo
The Takeaway 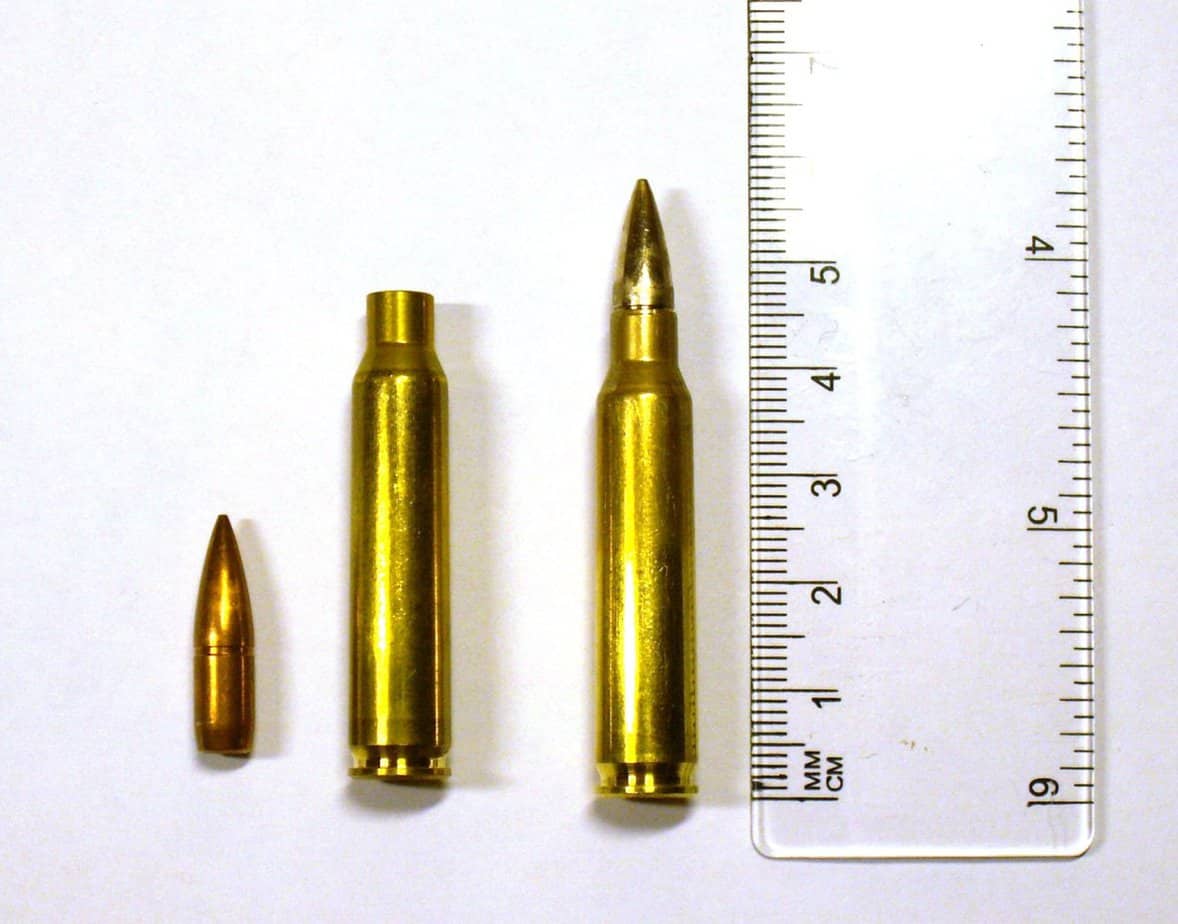 NATO ammunition refers to the small arms cartridges used by the member-states of the North Atlantic Treaty Organization. Read on to understand the differences between a given cartridge’s civilian and NATO variants and determine if it’s safe to shoot NATO ammo in your guns.

Which Calibers Are NATO Ammo? 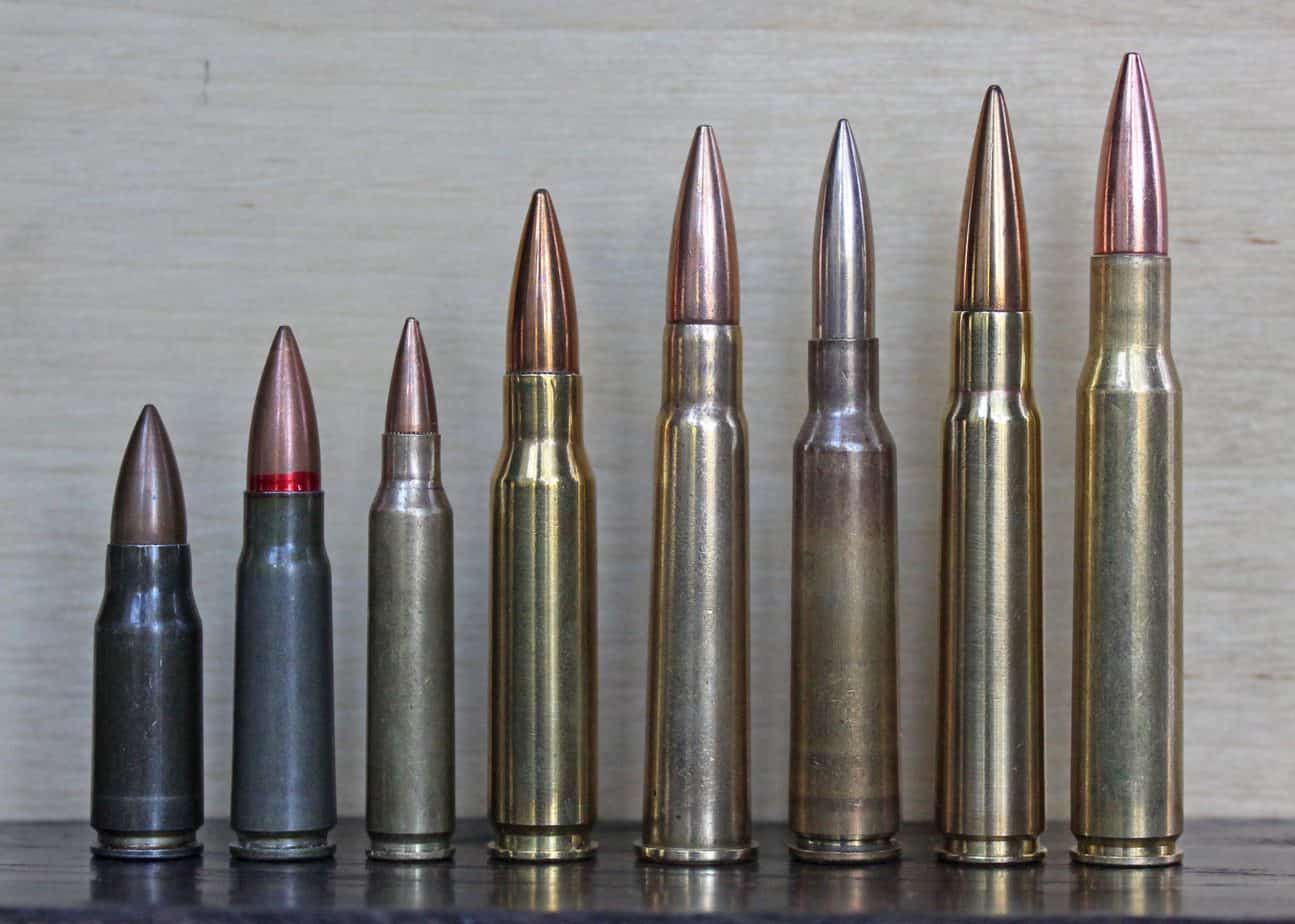 If your first question was, “What is NATO ammo, exactly?” The short answer is simple: NATO ammo is small arms ammunition used by each member-state of NATO. All NATO ammunition features the NATO name in the cartridge designation.

Although the military forces of each NATO member-state may use a wide variety of ammunition for their small arms systems, five specific cartridges are standardized for use by all members:

The first three calibers possess civilian variants, which may be more familiar to US civilians. Respectively, they are as follows: 9x19mm Luger (or Parabellum), .223 Remington, and .308 Winchester. 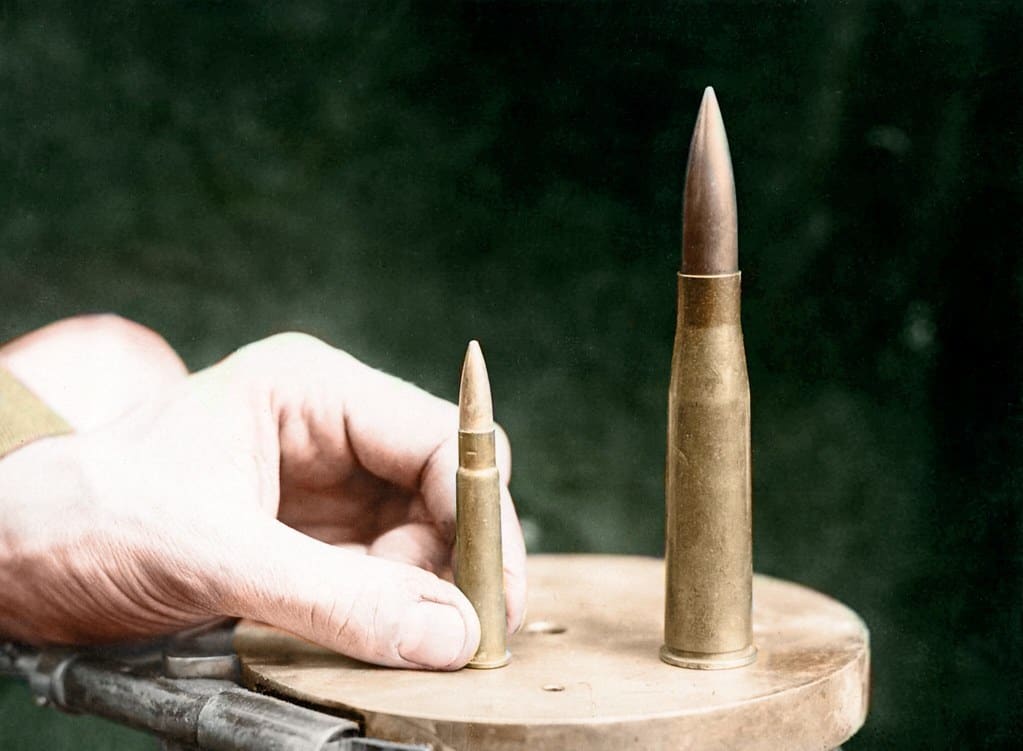 Before explaining the differences between commercially available ammunition and their military-spec equivalents, it is essential to understand what they have in common.

The first and most crucial aspect is cartridge dimensions. A NATO cartridge typically possesses virtually identical dimensions as its civilian equivalent, allowing a firearm chambered for one to accept and fire the other.

For example, a 5.56x45mm NATO cartridge is externally identical to a .223 Remington cartridge.

However, most of the similarities stop there. Military and civilian cartridges often feature different projectile types, powders, and performance.

Civilian cartridges produced in the United States typically follow SAAMI standards, whereas those made elsewhere in the world generally follow CIP standards.

Many types of military cartridges are also generally illegal for civilians to possess, mainly due to various legislations in place against the civilian ownership of armor-piercing ammunition.

9x19mm NATO is the military specification for ammunition based on 9x19mm Luger or 9x19mm Parabellum.

SAAMI also specifies a standard for what the industry calls 9x19mm +P, a semi-official designation for overpressure ammunition, at 38,500 psi (10% higher than standard).

9x19mm NATO is generally safe to shoot in a modern or well-designed 9x19mm handgun. You should only avoid loading 9x19mm NATO ammunition if your firearm is an ancient design (e.g., Luger P08) or if your gun is significantly worn or damaged.

5.56x45mm NATO is the military counterpart to .223 Remington. As the current standard service rifle cartridge of all NATO member-states, it is perhaps the answer most shooters imagine when asked the question, “What is NATO ammo?”

Like with 9x19mm, the NATO ammunition is loaded to a higher maximum pressure than its civilian counterpart, and the numbers seem to support that notion:

In reality, while very early .223 Remington rifles may not safely fire 5.56x45mm NATO ammunition, modern 5.56mm and .223 firearms can safely shoot either. There are multiple reasons for this:

Today, .223 Remington ammo is viewed mainly as a lower-pressure version of 5.56x45mm, ideal for target practice and training.

Like with .223 Remington and 5.56x45mm NATO, there is a difference in maximum pressure between the civilian and military cartridges.

However, this example is a rare and notable example of a military cartridge standardized at a lower maximum pressure than its civilian counterpart.

Despite the oddity in standardizations, the 3% difference in maximum chamber pressure is so slight, virtually every .308 and 7.62 NATO firearm can safely shoot either.

Although rarely encountered by an average civilian shooter, 12.7x99mm NATO is the military designation for .50 BMG (sometimes designated .50 Browning).

.50 BMG has been in service with the U.S. military since the early 20th century, resulting in multiple different pressure standards developed for this cartridge throughout history:

Despite the different standards, virtually all .50 BMG military and civilian firearms today are rated to withstand the NATO pressures. In other words, it is safe to shoot any 12.7mm NATO ammunition in any .50 BMG gun.

5.7x28mm is a cartridge for personal defense weapons designed by FN Herstal in 1990 for use in the FN P90 and the FN Five-seveN.

Although NATO officially adopted this cartridge in March 2021, NATO has not made any changes to the standards submitted to SAAMI and CIP, both of which specify the same maximum pressure of 345 MPa (50,038 psi).

Practically speaking, there is no measurable difference in pressure between civilian and military 5.7x28mm ammunition.

NATO ammunition is merely the military equivalent of an otherwise dimensionally identical civilian cartridge. As long as your firearms are of modern manufacture and in good condition, it is safe to fire NATO ammunition in most civilian guns.

You can check out these great posts too:

The History of Glock Pistols