The “best AR-15 rifles” category is insanely broad. There’s an infinite number of potential AR-15 configurations and a ton of quality AR-15 manufacturers. 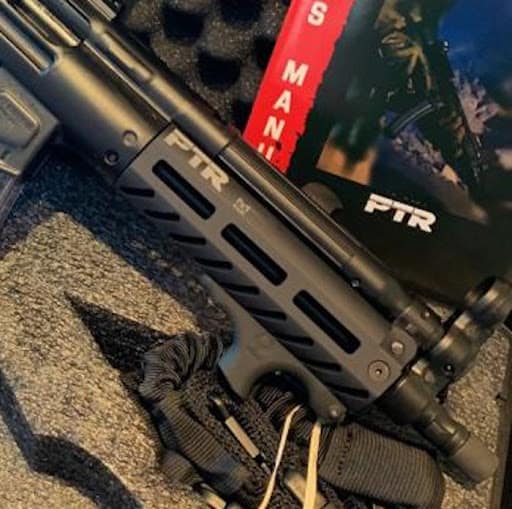 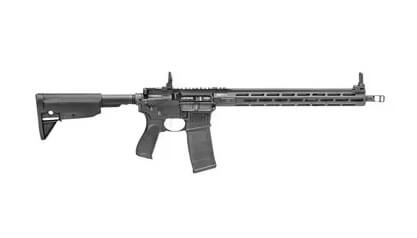 Keep reading to get a deep understanding of all the AR-15 jargon and specs, and also see my picks for the title of “Best AR-15.”

All these AR-15s were selected based on my hands-on experience shooting these rifles and working on them in the gunsmithing shop.

Here’s a quick look at the tippy-top AR-15 rifles. After that, there’s an insanely detailed guide to AR-15 specs. Then, remember to check out the reviews to see what makes each choice special.

The AR-15 has gone through several stages of evolution. And today it stands as the most popular tactical and sporting rifle in the United States. The customizable modular design makes the AR 15 a bit like Legos, but for adults.

That’s what makes it such a great platform.

The modularity, aftermarket support, and shootability make it an ideal rifle for just about any context. The AR-15 can do everything from long-range precision to short-range competitive and tactical shooting. And it’s pretty good for backyard plinking, too.

Additionally, the AR-15 design has been around for a long time. So the performance and reliability have been fine tuned and proven. Though, it took a few years to get there.

The AR 15 was originally designed in 1956 by Eugene Stoner, and manufactured by ArmaLite. Stoner first submitted the ArmaLite AR-10 for military trials in 1956. But the rifle was rejected. Eventually, ArmaLite sold the AR-10 and AR-15 designs to Colt.

Colt redesigned the rifles slightly for mass production. After redesigning the rifle, Colt rebranded the AR-15 the M16. Ultimately, the military completely adopted the M16 in 1964.

While the civilian model is still labeled “AR-15,” the rifle sports the same reliability and simplicity that you’d get from its military counterpart. You just don’t get any full-auto or burst-fire operation from an AR-15.

Now that you’re sold on the platform (as if you weren’t already), here’s what all the configuration options mean.

Almost every aspect of your AR-15 can be tweaked and adjusted to make it perform how you want. You can even add attachments to fit your primary context.

These are the specs you’ll see on the product pages and what they mean for your experience shooting the rifle.

Muzzle devices can affect how your AR-15 recoils. And they can serve as suppressor mounts.

Muzzle brakes reduce felt recoil. The stronger the muzzle brake, the less the rifle will push against your shoulder when you fire your rifle.

However, they produce a lot of muzzle blast to the sides of your muzzle. Be mindful when using a muzzle brake on a firing line.

Compensators vent the muzzle blast upward to keep your rifle level during rapid fire. But most compensators do not reduce felt recoil. Some compensators offer some flash suppression.

However, they don’t reduce flash as much as this next muzzle device.

Flash hiders reduce the muzzle flash from the end of your rifle when you shoot. And some flash hiders have some compensation built into them.

Flash hiders are probably the most common muzzle device to use as a suppressor mount.

The barrel is arguably the most important component in your rifle, since it has the most impact on precision and ballistics.

As a general rule, a barrel longer than 14.5 inches is best if you regularly shoot further than 300 yards for things such as hunting. And 16 to 20 inch barrels are common on long-range AR-15 rifles.

However, a shorter barrel can be precise enough for longer shots. Just be aware that shorter barrels will deliver less energy on distant targets.

The mil-spec AR-15 rate of twist is one full twist every seven inches (1 in 7 twist). This works well enough for most shooters.

Don’t be alarmed if you usually shoot 55 grain bullets and the rifle you want has a 1 in 7 rate of twist.

It will work fine with 55 grain ammunition. It’s just not perfectly optimal, and it’s perfectly safe.

They’re less likely to show a shift in point of impact as they wear. However, a stainless steel barrel will have a somewhat  shorter lifespan than a chromoly vanadium barrel.

Carbon steel and stainless steel barrels will last for thousands, most likely tens of thousands of rounds, though. Most shooters will get their money’s worth from any of the major barrel steels.

Gas system length determines how much gas pressure gets redirected into the AR-15 action to drive the bolt carrier.

The carbine length gas system is one of the shortest. The shorter gas system pushes a lot of pressure into the action. Carbine gas systems are very reliable, because there’s enough pressure to push the bolt through carbon buildup and debris.

However, the higher pressure produces a slightly sharper recoil impulse. A carbine gas system can also cause more wear on the internal parts of your AR-15. They also tend to give a lot of gas blowback during suppressed fire.

A mid-length gas system is the middle of the road gas system.

The mid-length gas system is the best option for most shooters. Fortunately, most AR-15 manufacturers use this gas system.

Also, AR-15s with rifle length gas systems can require a bit more maintenance, since the gas pressure is the lowest. It’s usually not an issue if you keep your rifle clean and oiled, though.

Gas piston systems vent gas out the front end of the gun, rather than directly into the action. They’re designed to reduce carbon fouling and maintenance requirements, without sacrificing reliability. They also work great on suppressed rifles, since almost no gas gets vented into your face.

The only drawback is that gas piston systems usually give a bit more felt recoil than a direct impingement gas system.

Handguards (M-LOK, KeyMod, Picatinny, and all the rest)

There are two aspects to a handguard: how it mounts on the rifle and the accessory rail.

This improves precision because the handguard allows the barrel to flex naturally. In short, a free float handguard enables your rifle to be as precise as it can be.

Drop in handguards fit onto a mil-spec barrel nut with a delta ring. At the other end, drop-in handguards plug into a fixed front sight gas block. These handguards are quite easy to install.

However, the contact with the barrel near the muzzle can make your rifle a tad less precise. It’s not a huge difference in precision, though. You probably won’t notice the difference unless you’re benchrest shooting.

M-LOK is by far the most popular attachment system for AR-15 handguards. M-LOK is relatively simple to use. And there are a ton of M-LOK accessories on the market.

M-LOK is also the most durable attachment system, aside from picatinny.

KeyMod is the direct competitor to M-LOK. It’s not as popular. But it is slightly more user friendly.

M-LOK did beat KeyMod in the military durability tests. But it’s still durable. Just not as durable as M-LOK.

These bolt carriers have a phosphate coating on the outside and a chrome lining on the inside.

Chrome phosphate is the mil-spec finish. It’s durable. But it requires more lubrication than the other finishes. And carbon sticks to the phosphate finish more than some of the other bolt carrier finishes on the market.

DLC (Diamond Like Coating) is the smoothest and hardest finish for a bolt carrier group. A DLC finish can run with very little lubrication. And most carbon deposits will wipe off with a rag. Unfortunately, DLC finished bolt carrier groups are also the most expensive.

AR-15 triggers come in two broad categories. There are nuances. But most AR-15 rifles come with one of these two trigger types.

Mil-spec triggers are designed to maximize reliability, which usually comes with a heavier, grittier trigger press.

However, there are variations of the mil-spec trigger that make the trigger press shorter, smoother, and make the break cleaner.

Drop-in triggers are a single, self-contained unit that slides into your lower receiver, without any assembly.

The lower receiver extension and buffer control the rearward movement of the bolt carrier group and help mitigate recoil.

The carbine buffer system is the most common. It uses the shortest lower receiver extension, buffer, and spring.

JAMES MILLER – a defensive firearms coach, certified through the ICE Training Company. He teaches Intuitive Defensive Shooting fundamentals and tactics to shooters of all skill levels.