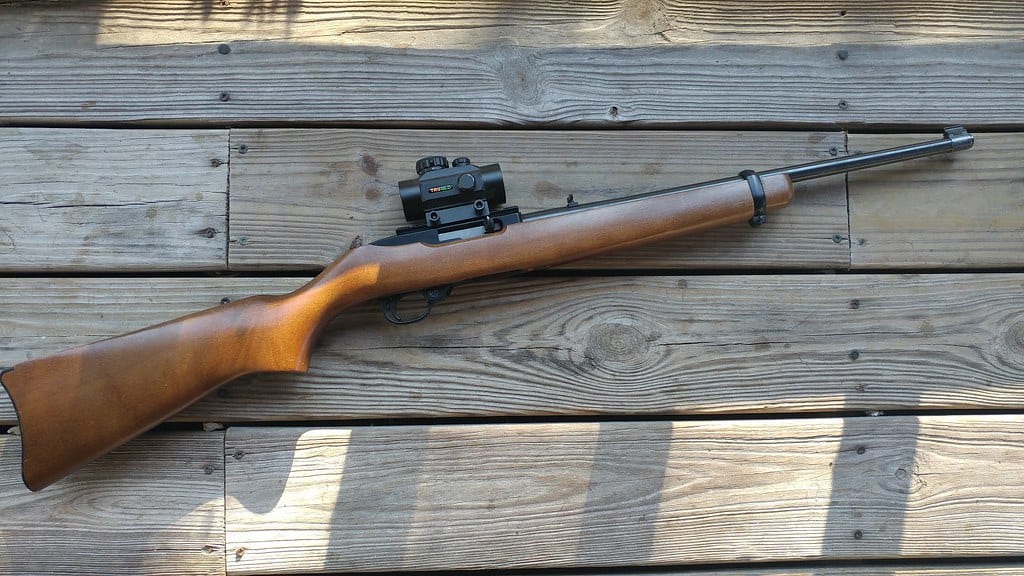 One of the most popular attachments for firearms today is the red dot sight.

You may have seen them on all kinds of guns; pistols, rifles, shotguns, and even other weapons, such as crossbows.

Discover what a red dot sight is, how it works, and what kinds of applications it is best suited for.

What is a Red Dot Sight? 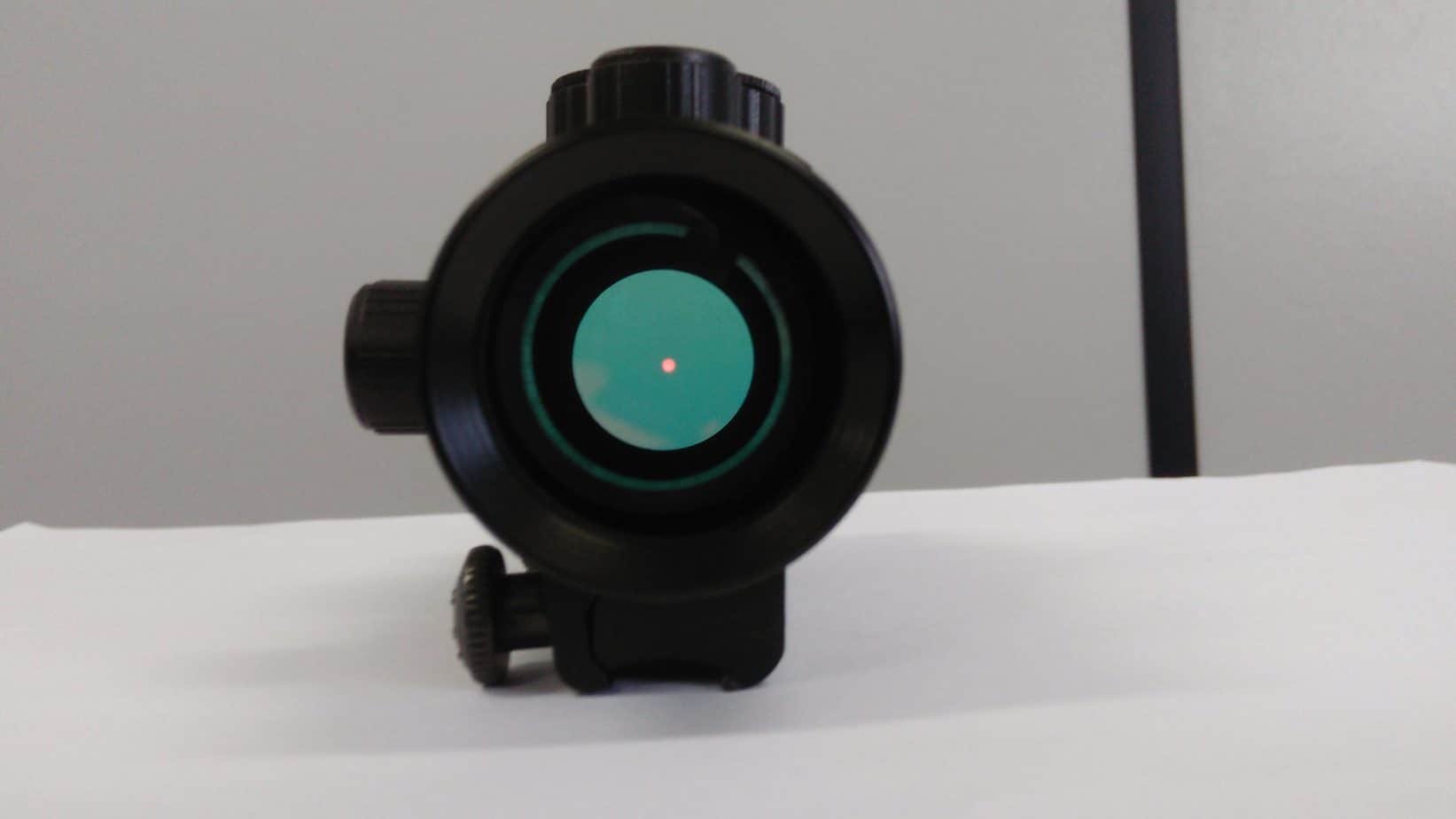 Red dot sights are a type of non-magnified gunsight employing reflected light on a lens to project a highly visible point of aim for the shooter in the form of a red dot.

A typical red dot sight uses a battery-powered red LED and a collimating mirror to project the red dot back to the shooter’s eye.

Red dot sights are typically the firearm’s primary sighting system, replacing or supplementing iron sights. When iron sights and a red dot are used in conjunction, the practice is called co-witnessing.

In rarer cases, the red dot sight serves as a secondary sight, mounted on top of a primary, typically more powerful scope.

The term “red dot sight” is generic; many red dot sight models do not project a red-colored dot - or even a dot-shaped point of aim. The red dot sight must also not be confused with a laser sight. Laser sights are externally-mounted devices projecting a laser beam, causing a visible red dot to appear physically on the target.

Specific red dot sight models may employ other light emission, and reflection systems than the standard LED and mirror, resulting in different names and designations.

For example, most EOTech products are holographic sights, employing lasers and a complex array of small mirrors to project a hologram, causing it to appear as though it is between your eye and your target.

However, and for all intents and purposes, holographic sights and other adjacent sight types (collimator sights, reflex sights, etc.) use the same basic principles and the same basic manual of use as regular red dot sights. 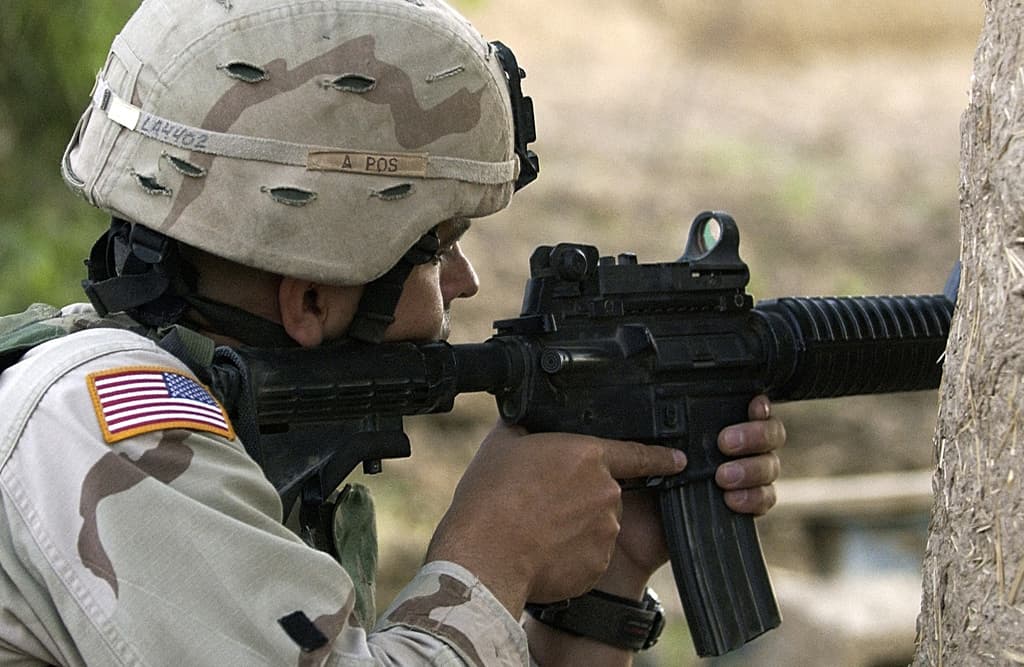 At this point, you may be asking yourself: “What is a red dot sight good for?”

The primary purpose of a red dot sight is not necessarily shooting more accurately; instead, it helps the shooter aim more quickly. The lack of magnification means that a red dot sight is intended mainly for close to medium ranges.

A properly calibrated red dot sight allows the shooter to aim at the target faster and more efficiently than iron sights, eliminating the need to align the front and rear sights.

Like all optical sights, the shooter must zero their red dot sight at the distances they intend to shoot at before use.

In theory, all the shooter needs to do is place the red dot on the target and press the trigger, sending a projectile into the point of aim, just like the crosshairs on a typical scope.

Red dot sights are compatible with any firearm possessing the appropriate mounting interface (e.g., Picatinny rails), from small handguns to large hunting rifles. They are useful in a wide array of situations: 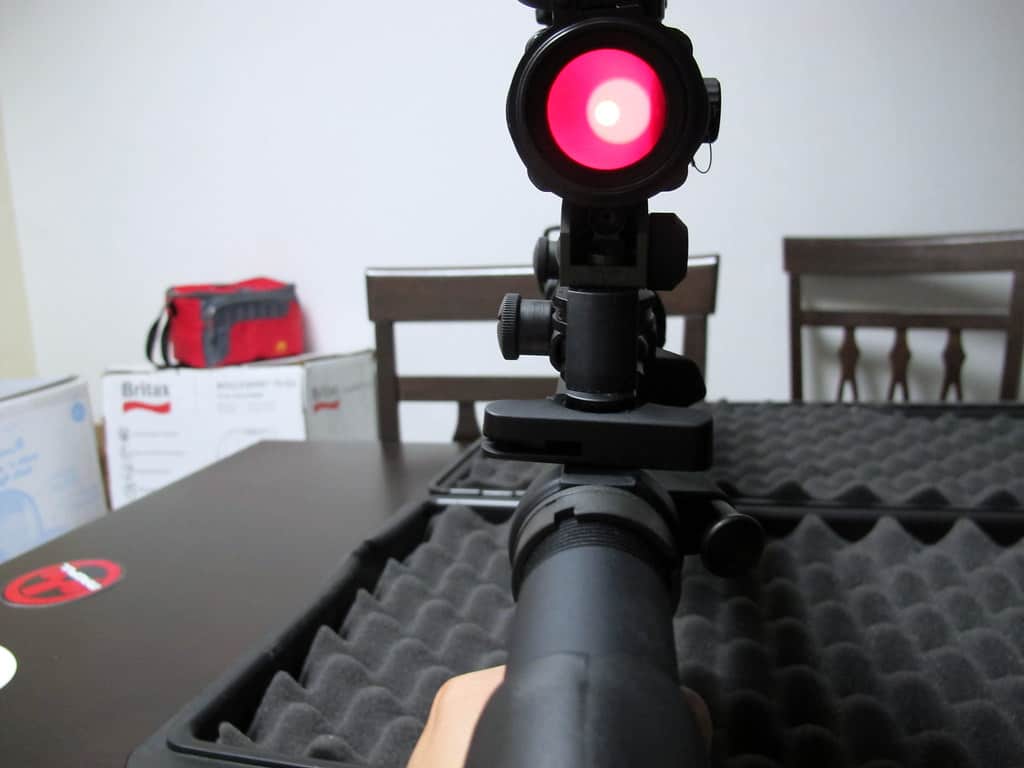 Now that you have the answer to “What is a red dot sight good for?” it is essential to understand the advantages and drawbacks of red dot sights.

As with everything when configuring a firearm, every choice introduces a compromise, and red dot sights are no different.

Should I Buy a Red Dot Sight?

Every kind of shooter can benefit from red dot sights. It’s rarely a bad investment to make, as long as you understand their inherent limitations and prioritize buying a quality product from a reputable manufacturer.

Although some may argue that beginners should learn the basics with iron sights only, red dot sights are very beginner-friendly and can help new shooters get into a new hobby more efficiently.

Curious about how these things work? Check our article on LPVO scopes to learn more.

And while you're at it, you can also check out our:

Best AR 15 Scopes for the Money

How to Use a Laser Boresighter on Pistols (Read Article)