Rifle Basics: The Parts of a Rifle

Quick Navigation
The Parts of a Rifle
Spare Parts
Conclusion 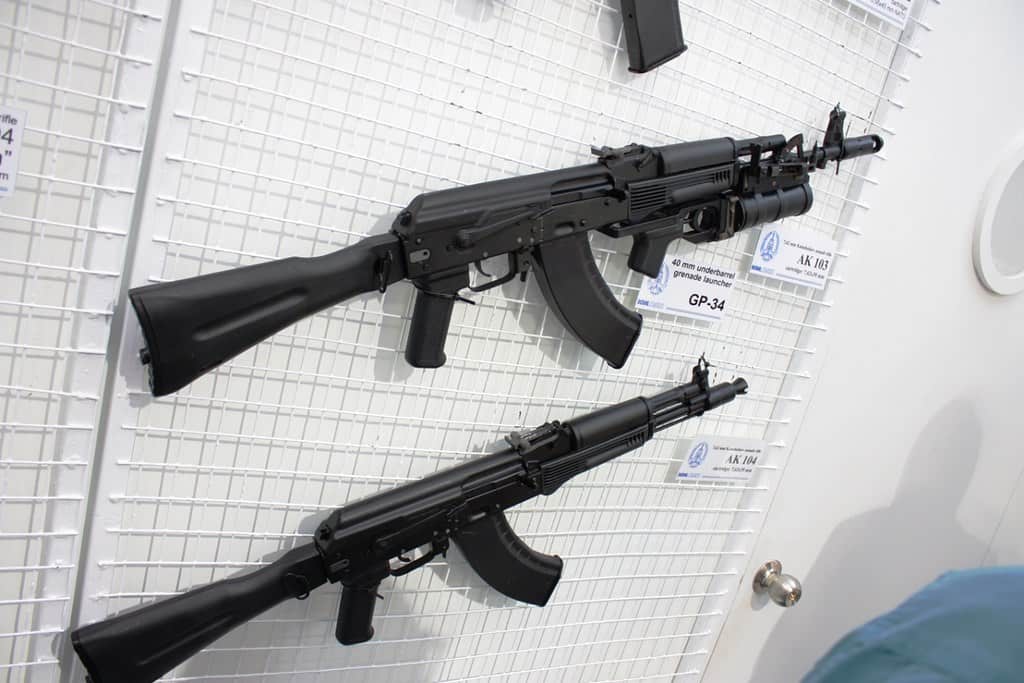 Rifles are popular defensive, tactical, and sporting arms. As with every firearm, the rifle comprises several parts that gun owners should become familiar with.

Rifles are available in a variety of different action types and configurations. As a result, the parts of a rifle may differ among separate models. It’s worth developing a basic understanding of the parts that comprise a rifle for the firearms enthusiast or budding gunsmith. This is also true regarding other types of weapons.

The Parts of a Rifle 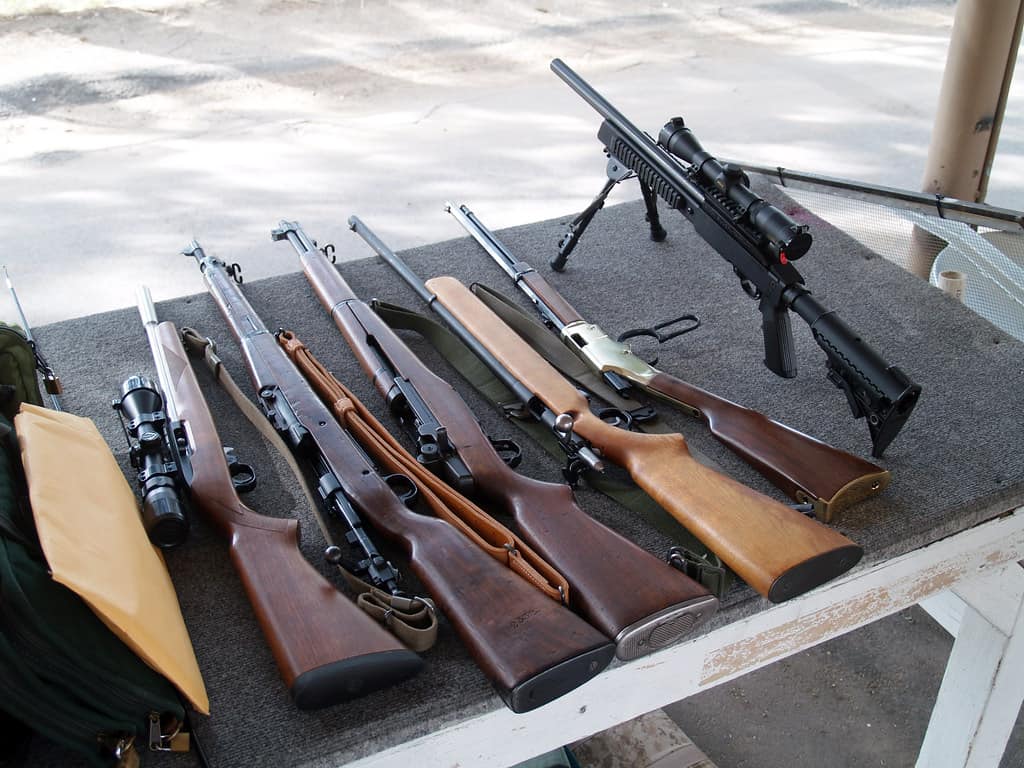 A rifle is a shoulder weapon with a rifled barrel. Modern military rifles fire relatively high-velocity cartridges and are capable of superior range and accuracy compared with handguns and shotguns.

Rifles are available in various action types, from semi-automatic and bolt-action to lever- and pump-action.

The barrel is the metal tube through which the bullet is propelled. Its purpose is to accelerate, direct, and stabilize the bullet. The front of the barrel is the muzzle, and the rear is the breech. At the barrel’s breech end is the firing chamber, a compartment that the manufacturer cuts or forms into the barrel to accept a particular cartridge.

Rifling is a series of helical grooves in the bore. When a cartridge is fired, the bullet engages these rifling grooves, which causes it to spin. This rotation stabilizes the bullet gyroscopically in flight, extending its effective range and accuracy considerably.

The bolt is typically a cylindrical or rectangular metal part that moves linearly inside the receiver or frame of a breechloading rifle. Its purpose is to close or lock the breech and support the cartridge case head during firing. In repeating rifles, the bolt feeds ammunition from the magazine into the firing chamber.

In blowback-operated semi-automatic firearms, the bolt keeps the breech closed by inertia — its mass is sufficient to resist opening until the pressure in the chamber drops to a safe level. In locked-breech firearms, the bolt typically uses radial locking lugs and a camming system to rotate and engage corresponding recesses in the barrel extension or receiver.

Locking positively secures the bolt behind the cartridge in the chamber to absorb the powder propellant explosion, maintaining pressure in the bore to drive the bullet.

The breechblock serves the same purposes as the bolt but cycles non-linearly—rolling, falling, or tilting to lock the breech.

The ejector is a part that expels the cartridge case from the weapon—it’s necessary to clear and unload the gun. It can be a spring-loaded pin in the face of the bolt (plunger), a fixed lug that passes through a slot in the bolt, or an arm that pivots. It can operate in conjunction with, or independently of, the bolt or receiver.

The parts of a rifle's firing or trigger mechanism usually include the following parts:

The receiver is a forged, cast, milled, stamped, or injection-molded housing for the internal action parts, such as the firing mechanism and bolt. It also serves as an attachment point for the barrel, stock, and pistol grip.

You would own a barrel, stock, and other parts of an AR-15, but without the lower receiver group, you technically do not own a gun.

In addition to its mechanical functions, the receiver bears identifying information regarding the firearm, such as the caliber, manufacturer, model, and serial number.

Traditional iron sights comprise a front sight and a rear sight. In modern rifles, the receiver or top handguard usually has a Picatinny or Weaver accessory rail for mounting optical sights.

The stock is the part of the rifle that you can hold and brace against your shoulder. The stock may consist of one or two pieces in traditional bolt-action and lever-action military and sporting rifles.

The traditional stock consists of:

This is the forward part of the stock, located under or around the barrel that you grip with your non-firing hand to support the rifle. It also protects your hand from the hot barrel.

In modern military rifles, the fore-stock may be integral to the handguards. In the AR-15 rifle pattern, the handguards are modular and provide additional attachment points for accessories, such as weapon lights.

The part of the stock that you brace against your shoulder. The part that you rest your cheek against is called the comb and may also feature a cheek riser or adjustable cheek piece. The end is called the butt and may have a separate piece called a butt plate/butt pad.

In powerful weapons, such as magnum hunting rifles, the butt often has a rubber recoil pad to cushion the blow to the shoulder.

Modern military rifles, and their commercial/civilian variants, may have fixed, collapsible, retractable, or folding buttstocks. Retractable and folding stocks fall into the same category — their purpose is to reduce the overall length for transport and storage.

Collapsible/telescoping buttstocks enable you to adjust the length of pull, which is the distance between the face of the trigger and the butt plate.

In one- or two-piece rifle stocks, the part you hold with your firing hand is called the grip, wrist, or small of the stock. The pistol grip in modern rifles is typically separate from, and perpendicular to, the buttstock.

There will be a gas tube, piston, or operating rod in gas-operated semi-automatic rifles, either separate from the bolt or attached to it. Some rifles will also have a gas cylinder or block located above or below the barrel.

The safety catch is a button, switch, or lever that you depress or rotate to block the hammer, sear, or trigger from moving. In bolt-action rifles, the safety may also lock the bolt.

A magazine is an ammunition receptacle and feeding device. In bolt-action and semi-automatic rifles, the magazine is usually an integral or detachable box holding multiple cartridges under spring pressure. 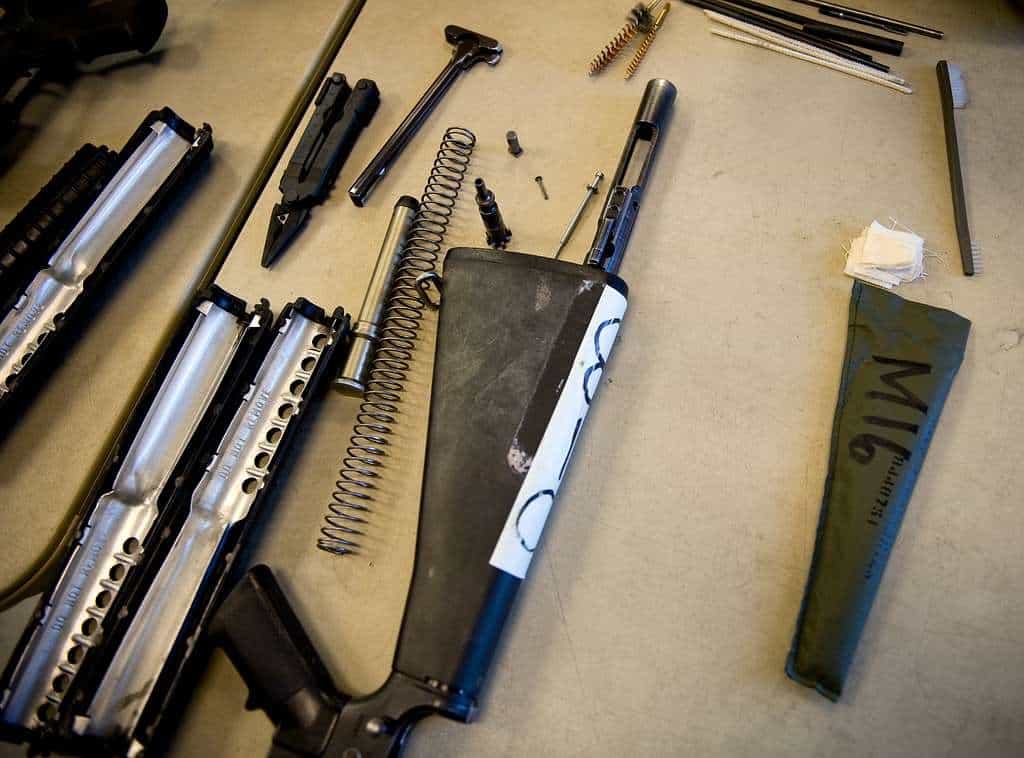 It’s critical that you know what parts comprise your rifle specifically. This is both for disassembly/reassembly and routine maintenance.

Find out what parts are most likely to be lost, wear out, or break, and buy spares.

You should keep an operation and maintenance manual with a parts list. You never know when a spring or pin may disappear when you have to field-strip a weapon for cleaning or other purposes.

If you plan to build or customize rifles, whether for fun or work, understanding the parts and mechanisms we’ve covered here will help you get your building or tinkering done without all the headache.