A Precise Review of the Ruger Precision Rifle

For over 70 years Sturm, Ruger & Co has been manufacturing and maintaining one of the finest reputations in firearm production.

They’ve done this through building rugged, reliable, weapons that are accessible to even financially downtrodden Americans.

And by being the largest manufacturer in the US, they have had the most opportunity to improve and refine their products.

Along those lines, The Ruger Precision Rifle (RPR) warrants that Ruger Reputation.

Or making plates ring at the range, the RiPpeR just might be the utility tool for you.

At a Glance: a Modern Sporting Rifle platform that performs brilliantly out of the box—save for a pinch of hang-up when the bolt is operated with downforce—that's still easily modified and adjustable for each individual shooter and their specific needs. All from the largest firearm manufacturer in The United States.

Grip it and RiP it 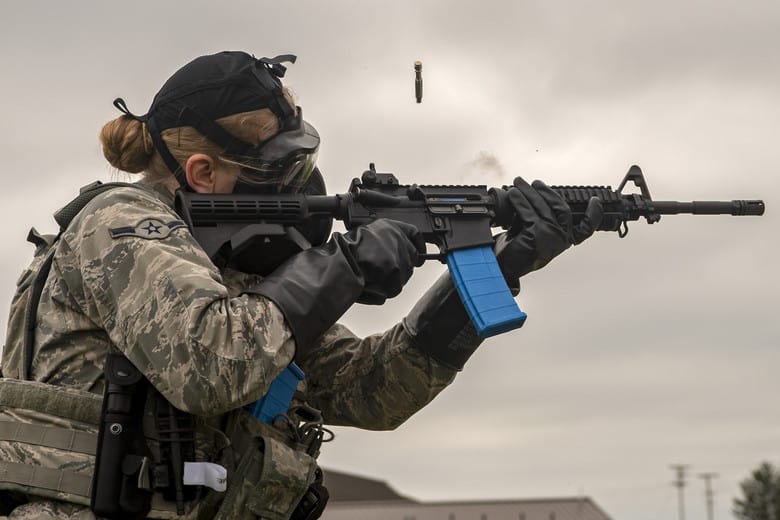 It seems from day one that these rifles have been a hot commodity and difficult to keep in stock... With just the right blend of unique features combined with a tight performance, packaged handsomely; it’s absolutely no wonder why.

When a new owner opens up the box and unlimbers their RPR for the first time, it is immediately evidently a modern looking rifle.

With the huge popularity of the Modern Sporting Rifles (MSR)—a more marketable nomenclature for the AR-15/10 platform—it came as no big shock that one of the major rifle manufacturers would make a bolt action rifle around it’s feel, features, and style.

In essence, that is what the RPR is. And that is no complaint. Don’t get me wrong, there are several chassis that have been around for a bit that—in essence—did the same. Remington even offers a factory rifle that uses the MDT system. But Ruger took it further and developed a new complete system based around their bolt action rifle, and piled on additional features from there. 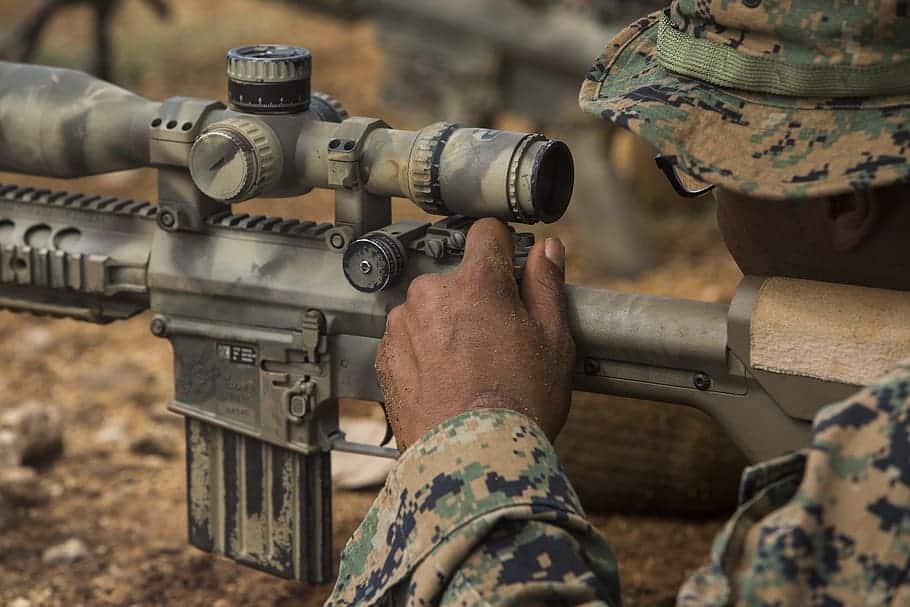 One seats the fully adjustable uncovered skeleton style rear buttstock of the RPR into one's shoulder, comfortable each time because the recoil pad has about an inch of padding and it is attached to a buttplate that can easily be adjusted for length of pull, simply by releasing a rear throw lever.

Placed on the top of the buffer tube is a small cheek piece that is adjustable—up and down, and fore and aft—to facilitate optimal optic alignment and relief. The  contact material is a textured kydex and has a plastic, if not unpleasant feel to it. And it did feel sturdy.

The entire buttstock mechanism is exposed to the elements and can catch hangers on while negotiating brambles, bushes, and other hazards. A mild and worthwhile inconvenience for such easily accessible adjustability.

Finally on the topic of the buttstock? It is easily folded to left side by depressing a single button at the rear of the receiver. If you’re the partner who doesn't fold laundry in the relationship, have your annoyed other half show you how it works.

As one might reasonably expect the pistol grip is modeled after a standard AR grip. It’s simple hard plastic with only minor texturing, but again, since it is a standard AR pistol grip, it can easily be replaced with any pistol grip on the market. From the fanciest of wood furniture, to trusted aftermarket provider like Magpul or other popular AR/MSR accessory makers.

The shape and location make it feel at home to any MSR shooter. Nestled into a typical MSR trigger guard ones finger is well placed to align properly for a good pull with a short distance to the trigger itself 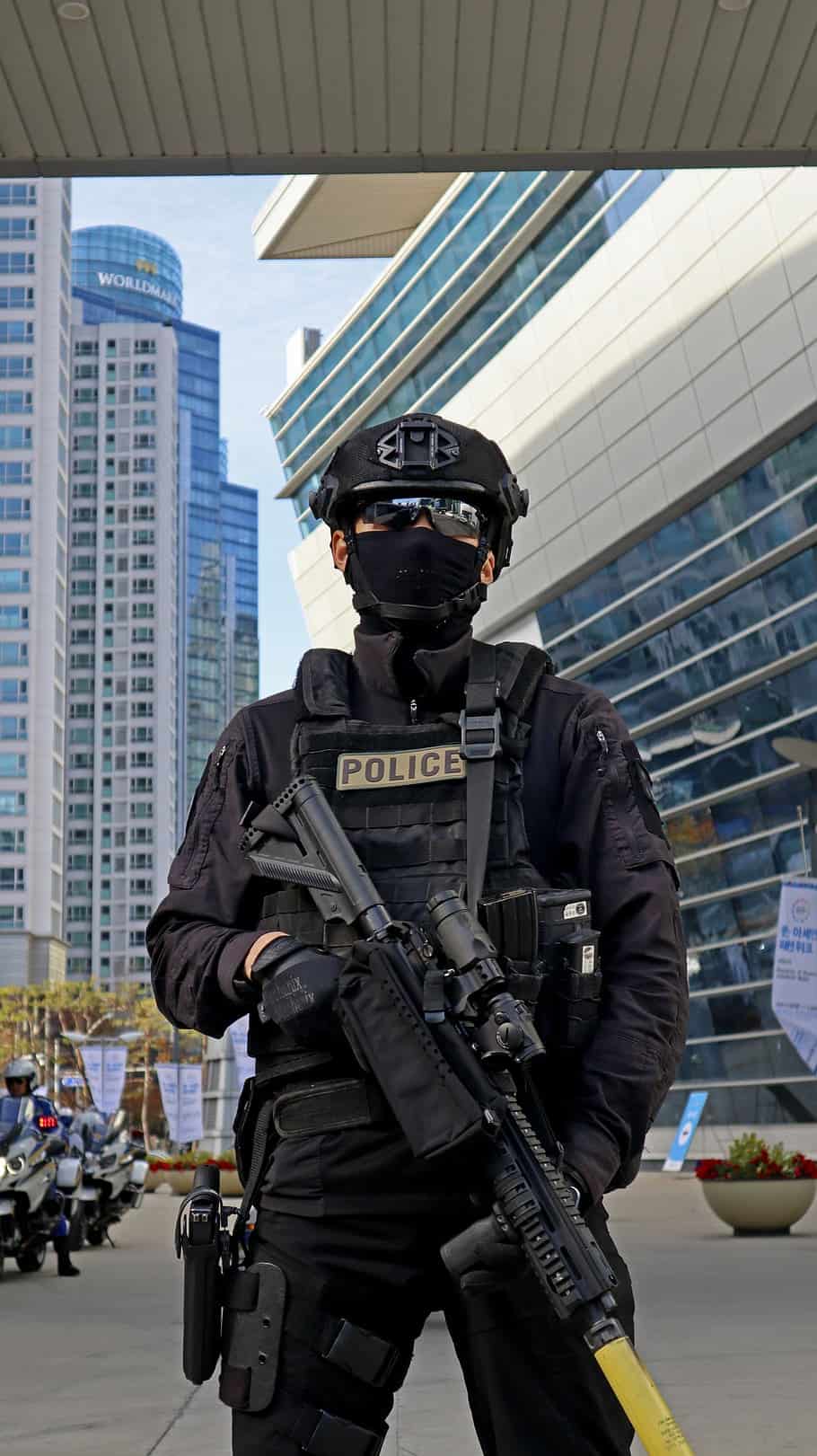 Speaking of, it’s a blade style—which some love and some hate—But considering what we’re working with, that's rather easily rectified. Adjustable between 2 and 5 pound pull, the trigger has little to no takeup beyond center blade, nor any overtravel, providing a tight and crisp pull. Ruger even conveniently provides the Allen wrench placed in the back bolt travel, which was a well managed use of the extended shroud.

The action, or receiver of the rifle is designed and arranged to look and function as a near clone of the AR/MSR family of rifles, with the obvious exception of the bolt and bolt handle. The safety is located as expected and is operated by using the thumb of the shooting hand while in place on the pistol grip. Of course you can swap it out with nearly any right handed at safety system, because modular is efficient and if you can be one thing...

The RPR can only be placed on safe if the bolt is cocked but the safety itself is easy to toss into fire from the safe position. Directly in front of the trigger guard is the magazine release lever that will drop the magazine when pushed forward.

This absolute unit comes with two ten round polymer magazines that release even when empty. As is preferred for rapid reloading drills.

Of note, the magazine cannot be removed unless the bolt is open and seated all the way to the rear of the action. Additionally, the bolt cannot be closed on an empty magazine—which can be used as a empty indicator when cycling the bolt—Or it could be designed to force a shooter to remove the magazine in order to close the bolt on an empty chamber, therefore attempting to engineer additional safety.

It nearly goes without saying but this prevents single feeding the rifle, and could be an inconvenience in specific circumstances.

Designed to accept both Magpul and AICS magazines so those of us with a collection of magazines should be able to capitalize. Though some did report that the metal AICS mags were a bit loose and rattled a pinch, but they worked otherwise without issue.

The barrel on the RPR is a medium weight cold hammer forged chrome-moly steel barrel with 5R rifling. Ruger claims these rifles have minimum headspacing and is further centralized for improved accuracy. Of course these are mass produced rifles so expectations should be kept in check about how tight the chambers and rifling might be, but it appears they have gone the extra mile in most ways to facilitate consistent accuracy. Chambered in 6.5 Creedmoor, the RPR has a 24″ barrel—where as the 308 and 223 versions have a 20″ barrel—and is equipped with a muzzlebrake of Rugers own design that is ported on the sides in an effort to minimize dust signature when firing. As is the overall theme with the RPR and other modular systems, the muzzlebrake can be removed and replaced with any model that tickles each shooters fancy. 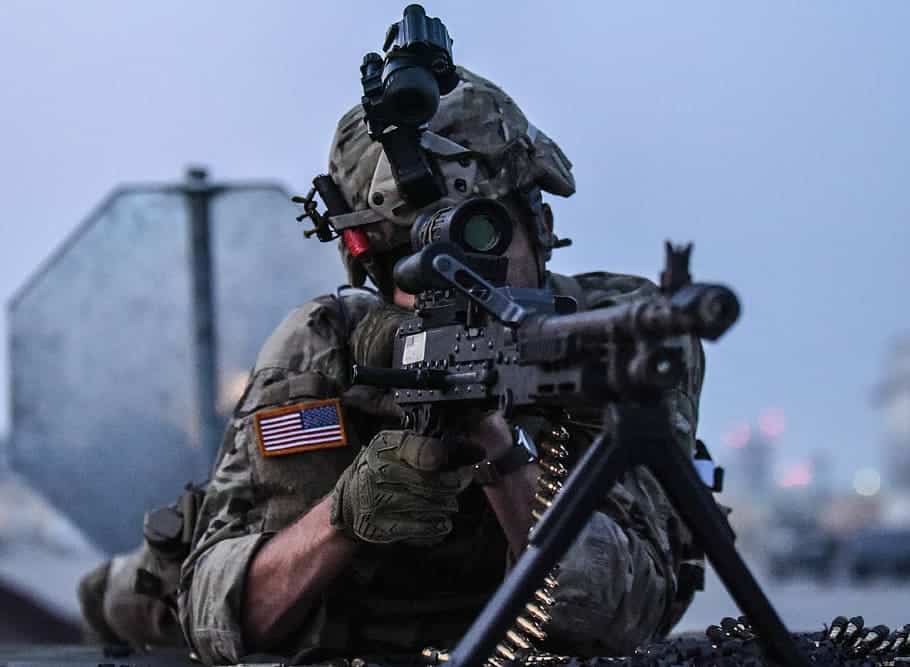 When you visit their web page, or open the box on your own Ruger Precision Rifle, one of the tag lines they sling like lead down range as often as possible is a quote by their CEO:

This is some damn big talk, so if you’re going to make that claim, then you better be certain your equipment can back it up.

When looking at the results from accuracy tests from countless reviews with a factory rifle using factory ammunition, it certainly makes a solid impression. Nigh universal results of under 1 MOA and an average closer to .500, making that bold claim a lot more than hot air.

I mean, it won’t shoot that 1600 meters on its own—the burden of skill is still on each shooters shoulder—but if you can do it, the weapon will keep up.

Now, when any downforce is applied to the bolt when it's being cycled it can operate with a little hitch in it’s giddyup, but that is simply adjusted for in drilling with your new long range naildriver.

And with it’s both modular and highly popular design, you can make one of these beauties into whatever build you want. Over and over again as your interest and skill evolves.

And boy-oh-boy will that skill and interest change and grow with you over the years.

With the RPR, your weapon can grow and change with you.

Get this one rifle for most any long shooters needs at Cabelas, BassPro, or Brownells today, and make your long range shooting as reliable as the Ruger name.