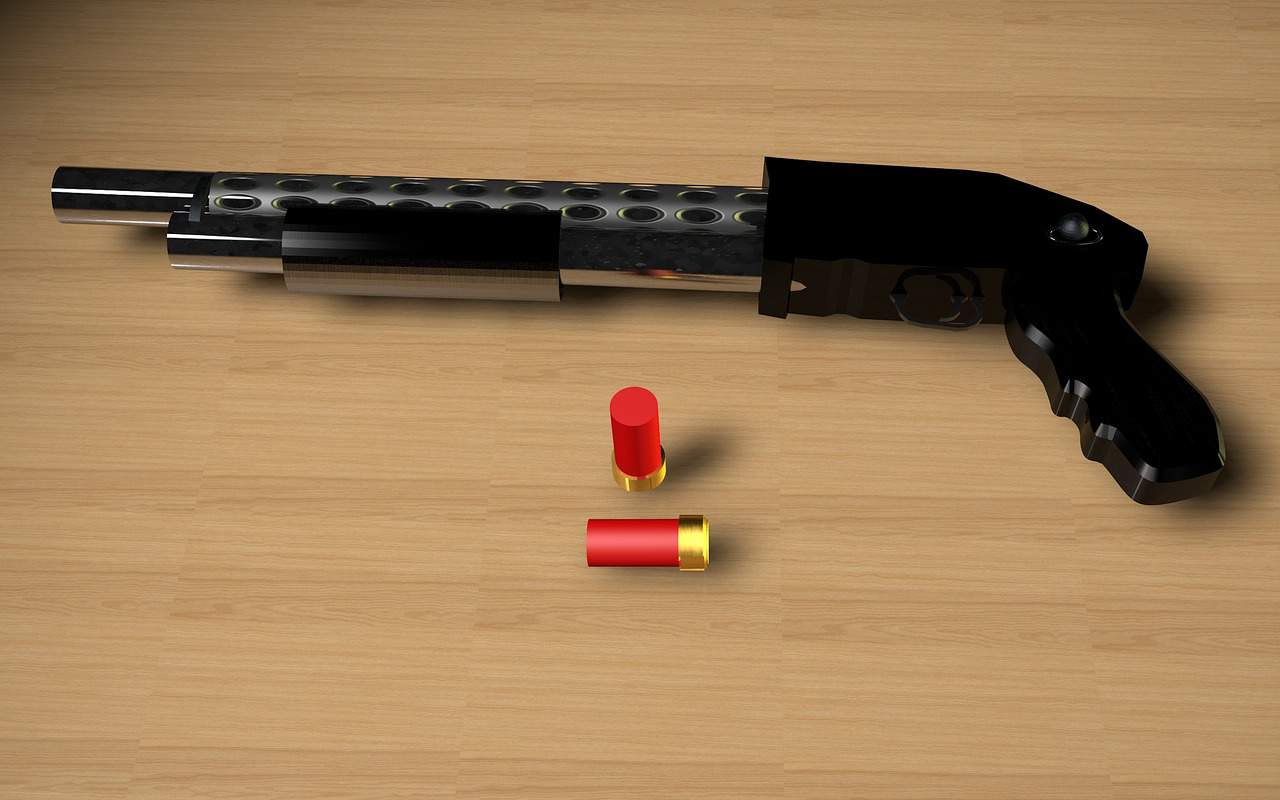 Gun owners keep shotguns for two primary reasons: sport and defense. In the latter category, the 12-gauge repeating shotgun is the quintessential home-defense weapon. But which type of ammunition is best suited for this role?

The semi-automatic rifle is gradually replacing the shotgun as the default patrol vehicle weapon by police, but it still has a place in the home for personal protection. At close range, few weapons are as devastating as a shotgun. However, the kind of ammunition that you load your defensive shotgun with can have a significant effect on the outcome of a self-defense shooting.

The shotgun’s primary disadvantages, when compared with the tactical rifle, are recoil and limited magazine capacity. Shotguns fed from tubular magazines are also slower to reload (under normal circumstances). The difference in effective range and accuracy are less important regarding home defense but may be worth considering for those who live or work on farms or ranches.

The primary advantage is stopping power. A buckshot round can inflict a highly traumatic and voluminous wound, especially under 25 meters. 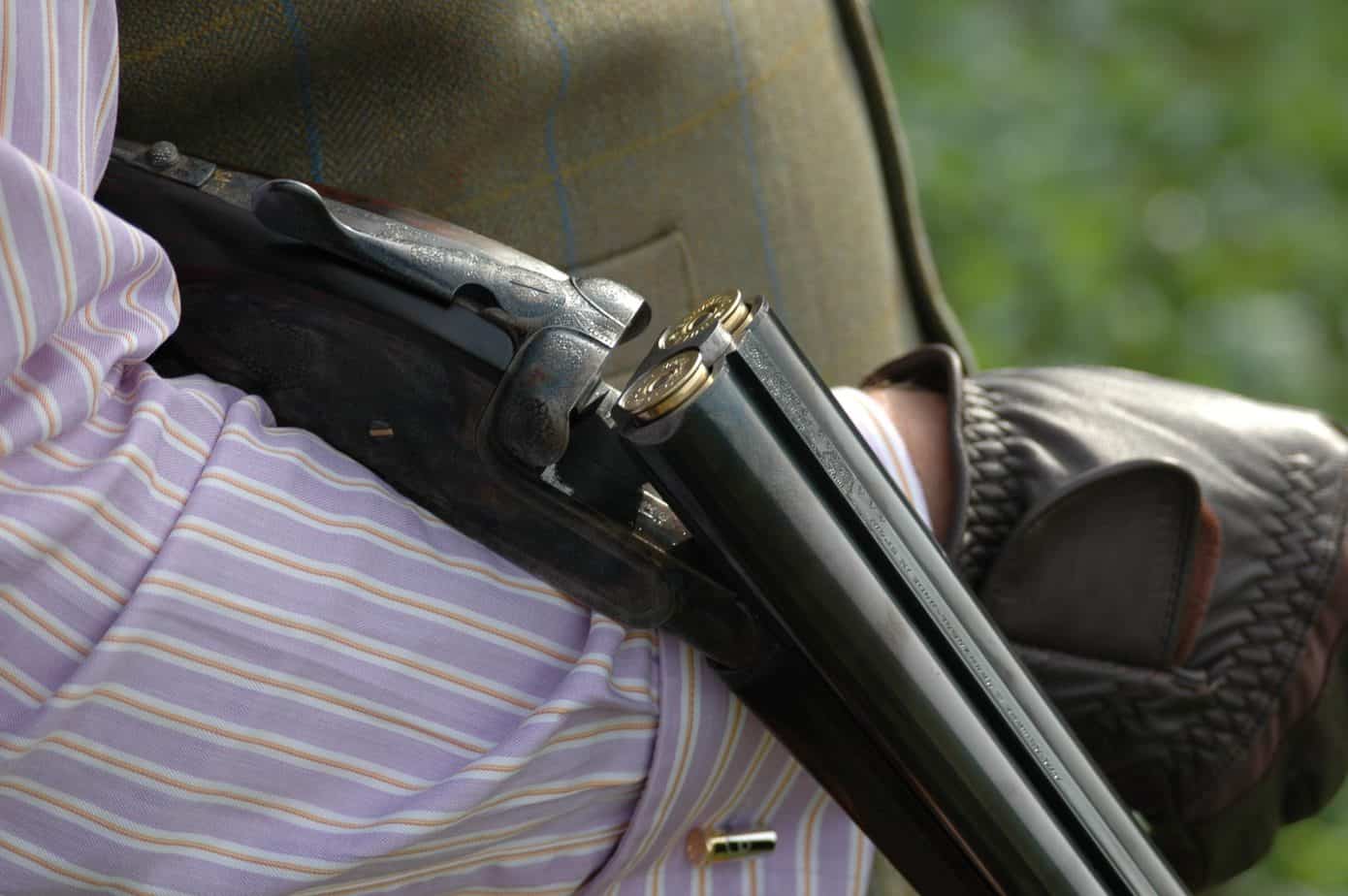 Most handgun and shotgun ammunition will penetrate interior walls, which are simply not designed to stop bullets. For this reason, you should definitely consider the risk that your defensive ammunition may pose to bystanders, either in your home or an adjacent house or apartment.

When choosing shotgun shells for home defense, it’s worth understanding the differences between the various types of shotgun ammunition. Shotshells are often, but not always, loaded with multiple spherical projectiles called “shot.” These are made from a variety of different materials, from steel to tungsten.

However, the most common metal continues to be lead because it’s dense, malleable, and relatively inexpensive. Shotgun shells are generally loaded with three kinds of projectiles, specialty rounds notwithstanding.

Birdshot pellets ranging in diameter from .70” (No. 10) to .23 caliber (FF), but are typically less than .20 caliber. Hunters and competitive shooters use birdshot sizes due to their high pattern densities, which are needed for hitting fast moving targets, such as birds or clay discs.

Slugs are solid projectiles that are designed to deliver a heavy, hard-hitting blow. These can be sub-caliber, contained in a discarding sabot, or a full-caliber projectile. Slugs may be exposed lead or jacketed, flat-nosed or concave.

One of the few exceptions to this rule is the .410, which uses thousandths of an inch — the same as conventional rifle and pistol ammunition.

Birdshot produces insufficient penetration against humans to cause reliably incapacitating wounds and can be deflected by light intermediate barriers. It’s primarily an ammunition type for hunting birds and varmints, hence the name. However, birdshot is more penetrative of interior walls than many gun owners realize.

Slugs, while effective against human assailants, are more practical for engaging targets at longer ranges or behind cover. They can exhibit excessive penetration for indoor defensive shootings. If you live in an area where the threat of bear attacks is high, rifled slugs can provide a kind of insurance policy. Hunters and guides often carry shotgun slugs for protection against dangerous fauna.

Of the three most common types of shotgun ammunition, buckshot offers the best balance between wounding power, penetration, and effective range.

The three most popular buckshot sizes for self-defense are:

Pronounced “double aught,” #00 consists of .33-caliber pellets weighing approx. 53.8 grains each. In a standard-length 12-gauge shotgun shell — i.e., 2¾” — you should expect a charge to comprise nine pellets for a total weight of 484.2 grains. In 3” magnum loads, that number may increase to 12 (646.6 grains). This is one of the most common loads police and military personnel use.

#4 buckshot consists of .24-caliber pellets weighing 20 grains each. In a standard-length 12-gauge shell, this typically corresponds to a charge of 27 pellets for a total weight of 540 grains. These buckshot pellets, being lighter, lose energy more rapidly and won’t penetrate as deeply. However, as there are more pellets per shot shell, pattern density is greater.

#1 buckshot consists of .30-caliber pellets weighing 40 grains each. In a standard-length 12-gauge shell, the shot charge comprises 16 pellets for a total weight of 640 grains.

The shotgun is an effective weapon for self-defense, but the recoil impulse of standard-length, full-power shotshells can be difficult for some shooters to manage. Several factors other than the ammunition affect recoil, which include the following:

All else being equal, a heavier gun will recoil less than a lighter one. However, a heavier gun can also be harder to maneuver with and less convenient to carry. You’ll have to decide what the appropriate weight is for your needs.

The material the butt plate is made from can play a role in how comfortably the recoil is distributed to your shoulder. A butt plate made from hard plastic or steel doesn’t provide as much cushion as hard rubber.

How you hold your shotgun will determine how you perceive the recoil more than any other single factor. You should always brace the butt of the shotgun firmly against your shoulder and lean forward to absorb the recoil. 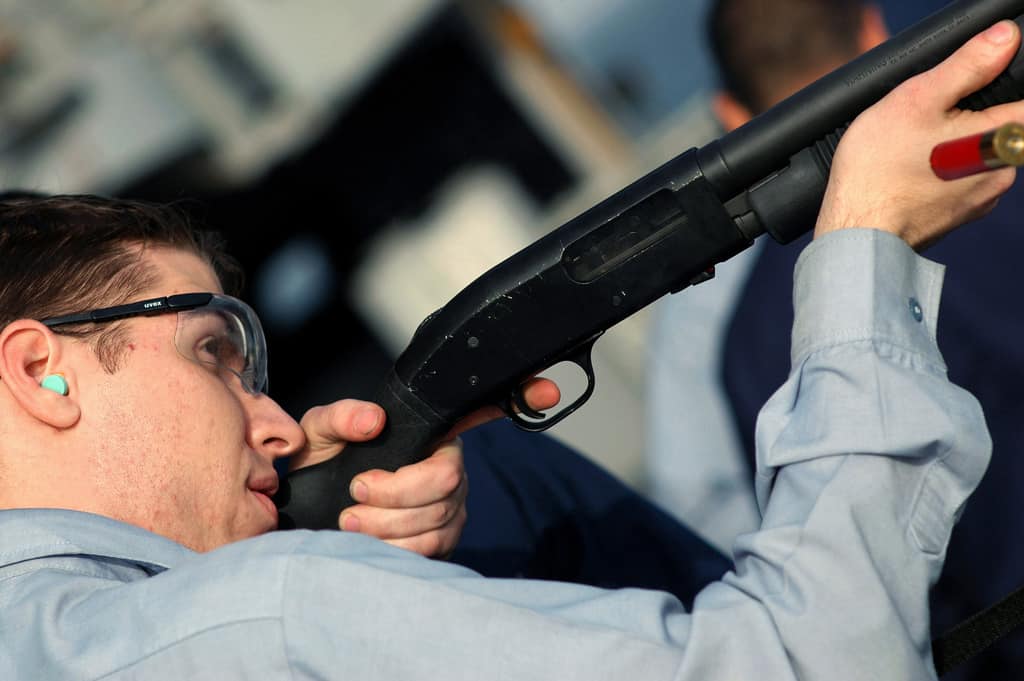 Regardless of the ammunition type that you choose, you can’t neglect shot placement. Aiming, contrary to popular belief, is still necessary with a shotgun to achieve reliable hits.

The spreading pattern of a shotgun depends on numerous factors, including the range, type of shotgun, shot size, specific ammunition, whether your gun has a choke, what type of choke, etc.

The choke is a constriction near the muzzle that controls the density of the shot charge. Cylinder bore, which is the absence of a choke, is one of the most common choices for defensive shotguns. It’s important when you’re experimenting with shotgun shells for home defense, that you find out how your gun patterns on paper targets at varying distances with a variety of shot sizes.

Many older shotguns have a bead as a front sight and no rear sight. If you find this configuration unsatisfactory, many shotguns are also equipped with rifle-type sights. For faster options, you may also want to investigate reflector and holographic sights.

The shotgun, despite the rifle’s increasing prominence, is still a valuable home-defense weapon for the private citizen. Despite the shotgun’s inefficiencies, few weapons can rival its power in a home defense situation.

Shotgun shot sizes can really affect the distance traveled depending on what size but these could be better explained on this informational guide here.