Shotgun Shells Explained: What All Those Numbers on the Box Mean 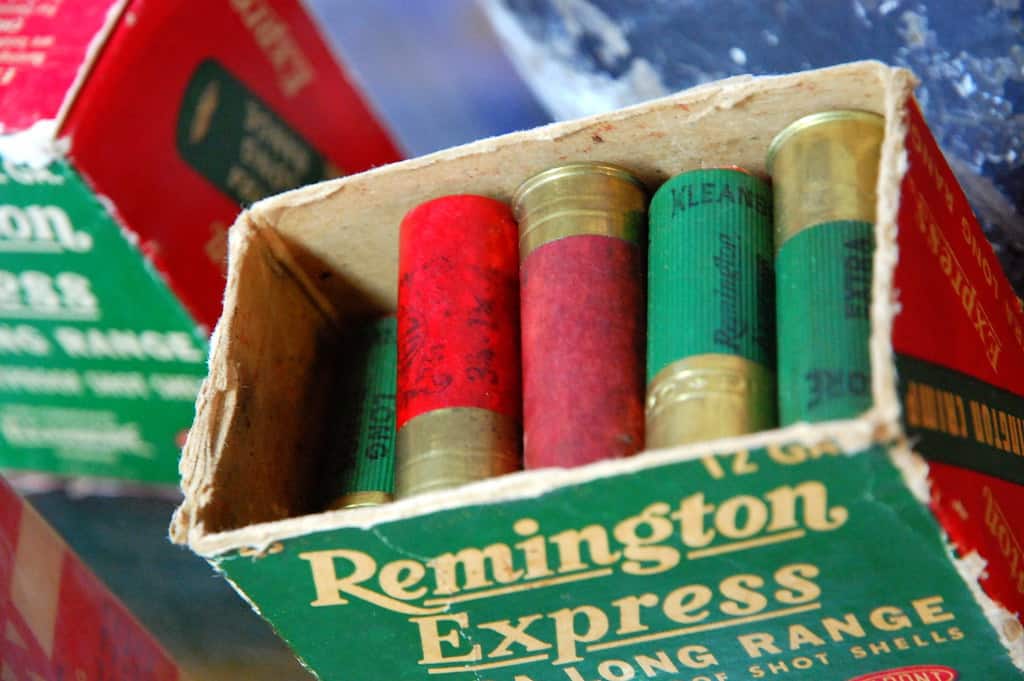 When buying ammunition for your shotgun, you should know what the information on a box of shotgun shells indicates. There are several numbers and terms that can be puzzling to shooters, novices and veterans. Learn what they mean, and you’ll save yourself time and money. 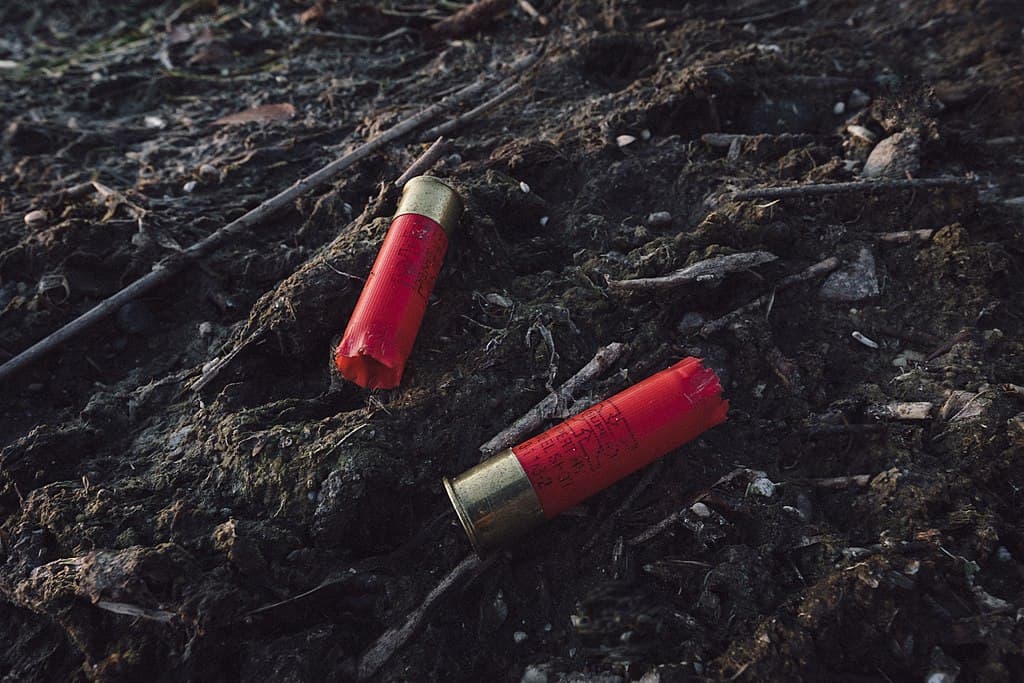 If you’re unfamiliar with firearms in general or shotguns specifically, the terminology regarding ammunition can be confusing. As shotgun ammunition has its own unique terms and measurements, it’s useful to have shotgun shells explained in the context of packaging.

Being informed regarding shotgun ammunition allows you to choose the best shells for your needs, whether you’re a hunter, competitive target shooter, or you simply want to keep a shotgun for home defense. 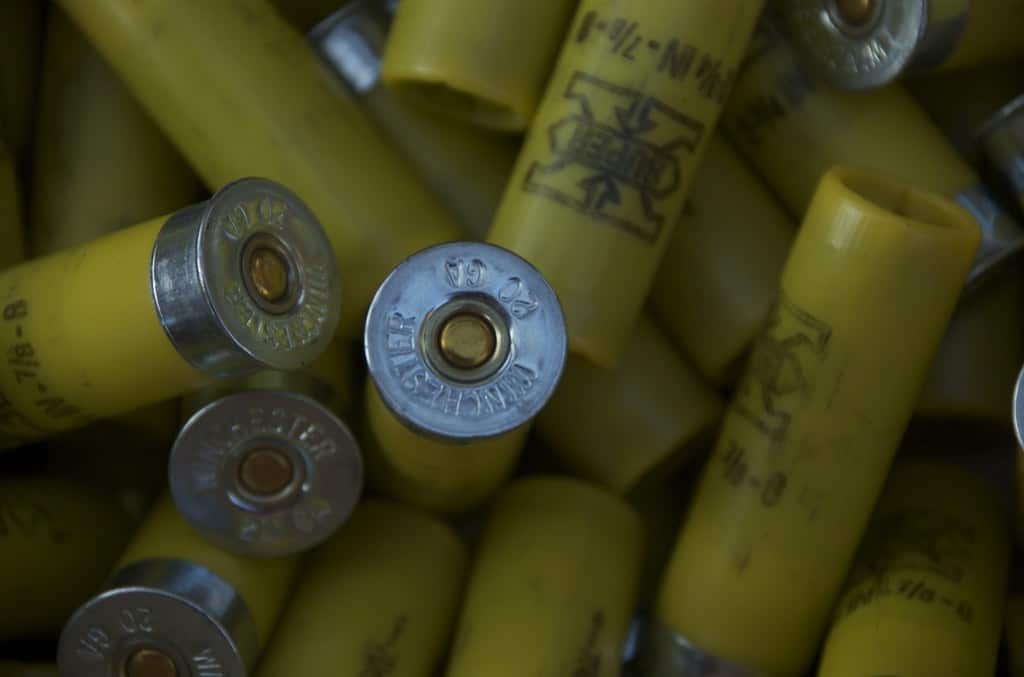 A shotgun shell, like a handgun or rifle cartridge, is composed of several components. The shell is typically made from plastic with a brass cartridge case head. The purpose of the case head is to expand on firing to seal the breech, carry the primer, and provide a sturdy rim for extraction and headspacing.

While shotshells contain projectiles, powder propellants, and primers, they also contain wadding. The wadding serves as a spacer between the propellant and the shot charge, providing an effective gas seal and ensuring that the powder gases transmit energy uniformly and accelerate the shot as a cluster. They can also prevent shot deformation.

Depending on the brand and type, the shotshell may use a shot cup to delay shot dispersion, increasing the effective range.

In addition to the ammunition manufacturer, you will also see the following information written on a box of shotgun shells:

As the number decreases, the bore and shotgun shell diameter increase. In inches, a 12-gauge shotgun has a nominal bore diameter of .729.

One of the few exceptions to this rule is .410 bore, which denotes a shotgun bore diameter in thousandths of an inch. A .410-bore shotgun is the equivalent of 67 gauge.

Shotshells contain multiple round projectiles collectively called “shot.” The shot size you need depends on whether your gun is for hunting, target shooting, or self-defense. Shot is divided into two broad categories: birdshot and buckshot.

Birdshot pellets are typically below .20 caliber, whereas buckshot pellets range in diameter from .24 to .38. If you’re a shotgun hunter, the type of game will also determine the appropriate shot size and/or weight.

In shotshells loaded with birdshot, you’ll find the weight of the shot charge in ounces. You can find charts that indicate how many pellets of a particular shot size should comprise one ounce.

Dram equivalent — “dr. eq.” or “dram eq.” — is a system of measurement used to indicate how many drams of blackpowder the shell’s smokeless powder charge equals to achieve the same velocity with the same shot charge.

A dram is equal to one-sixteenth of an ounce or 27.34 grains. Like gauge, this is an antiquated system. If you want to know the muzzle velocity that the shotshell is capable of achieving in a particular shotgun, you should search for that information on the manufacturer’s website.

The length indicated on the ammunition box corresponds to the length of the shotgun’s chamber. If you notice that a shotgun shell is shorter than the number on the box, the reason is simple. The front of a shotgun shell is crimped to contain the shot charge.

When you fire a shotshell, the shot forces the front open, increasing its length to the full length of the shotgun chamber.

Shotgun shells are available in a variety of lengths. While you can safely fire a 2¾” shotshell in a 3” chamber, the reverse is not recommended. The longer the shotgun shell, the more powder and shot it can contain. However, this corresponds to an increase in recoil.

The length of the shotgun shell will also affect the capacity of tubular magazines where the cartridges are loaded nose to primer. Shorter shotshells will enable higher magazine capacities.

As “dram equivalent” falls out of favor, you will continue to see the muzzle velocity listed on shotshell boxes in feet per second. Although sometimes you’ll see both on the same box.

The higher the muzzle velocity, the more energetic the shot pellets are as they leave the barrel and the farther they will travel. However, all else being equal, a higher muzzle velocity will also correlate to more kinetic energy and, thus, more recoil.

Bear in mind that the muzzle velocity that a particular shotgun achieves in a test gun may not correlate perfectly with what that shotshell will achieve in your gun. You should consider the muzzle velocity listed on the box to be a guide, not an absolute.

Another way of indicating the amount of powder in a shotshell is by using terms like “target,” “game,” “field,” and “heavy field.”

Target loads are designed for destroying clay discs in flight (i.e., skeet shooting). The impact velocity and range needed for target shooting are not the same for hunting. Game, field, and heavy field indicate progressively increasing levels of power.

Shot pellets are made from a variety of metals. Lead is still common, but in the interest of producing non-toxic ammunition to comply with local environmental and game regulations, companies also load shotshells with pellets made from steel, tungsten, and other alloys. 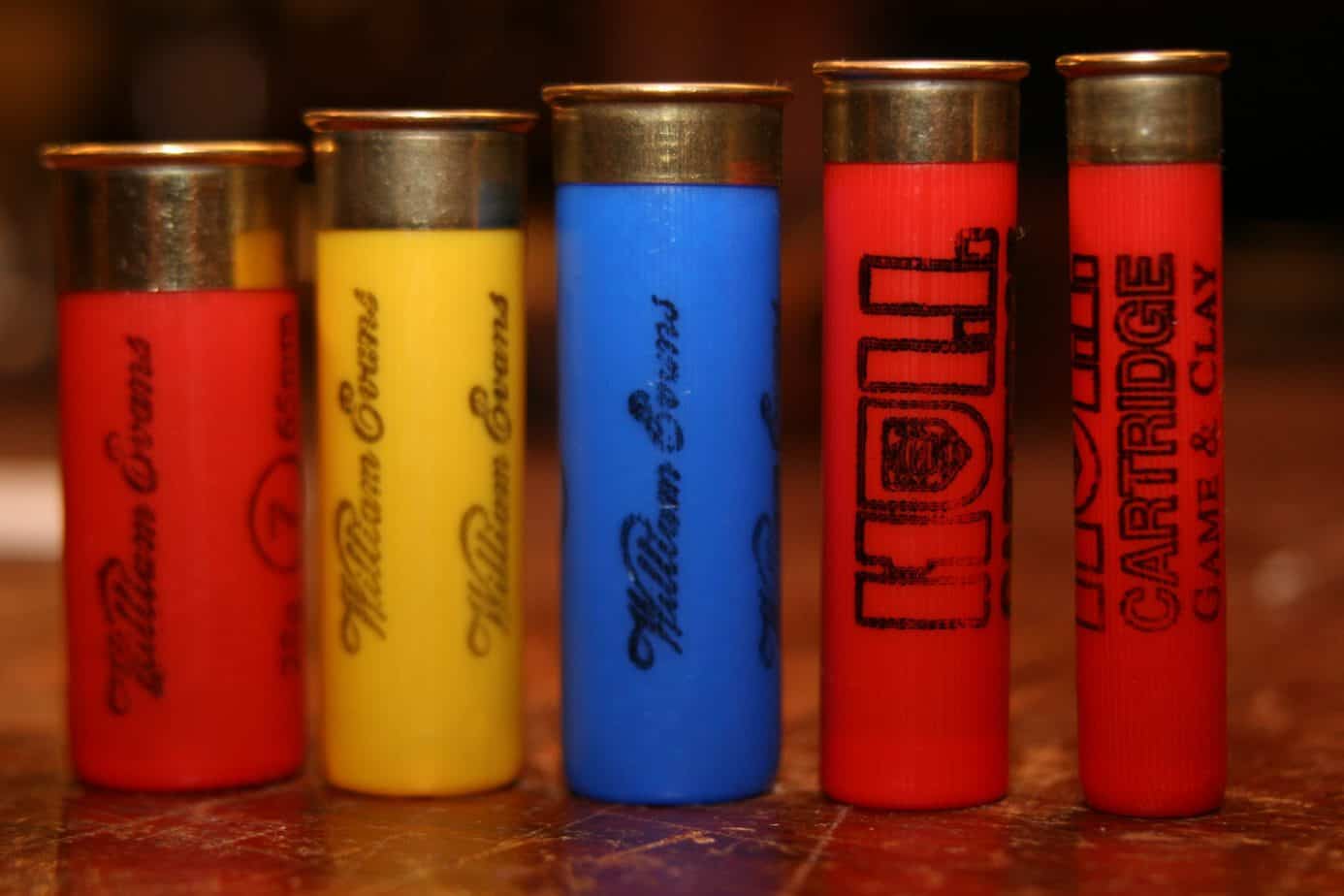 Learning how to read shotgun shell boxes can help you select the ammunition you need for your gun, sporting purpose, game animal, or defensive scenario. Not all shotgun ammunition is created equal — loads are designed and marketed for different purposes.

As part of having shotgun shells explained, it’s worth understanding the difference between different types of shotgun projectiles. Birdshot is for shooting small, fast-moving targets, where pattern density is crucial. Buckshot is for hunting medium game and self-defense. The shot size can determine, to a large extent, the terminal performance of your shotgun loads.

If you own an autoloading shotgun, whether it’s operated by recoil or gas, you should also ensure that the ammunition you buy can reliably cycle your weapon.

Head out and use all this information about shotgun shells to spend more time shooting and less time searching for suitable loads.