Think You Can Make These 10 Shotgun Trick Shots?

Trick shooting with guns is an art as ancient as firearms themselves. Yet, in the age of the internet, where Youtubers such as 22plinkster or Dude Perfect routinely demonstrate their prowess online, it can be tempting to imitate them. 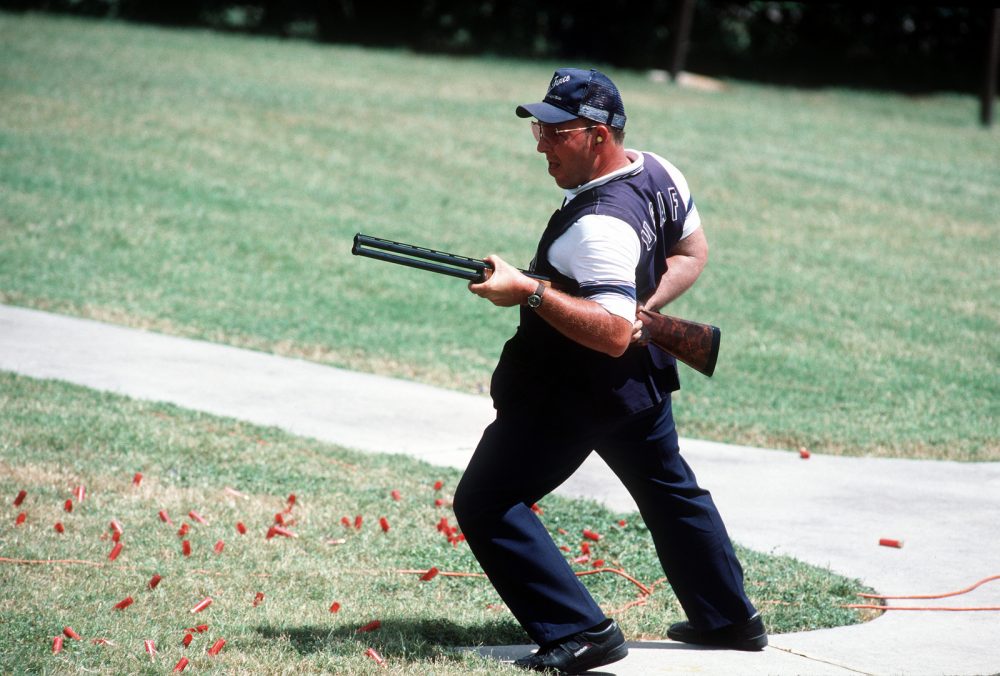 Learn about these 10 difficult trick shots with shotguns and find out how to perform them beat-by-beat. 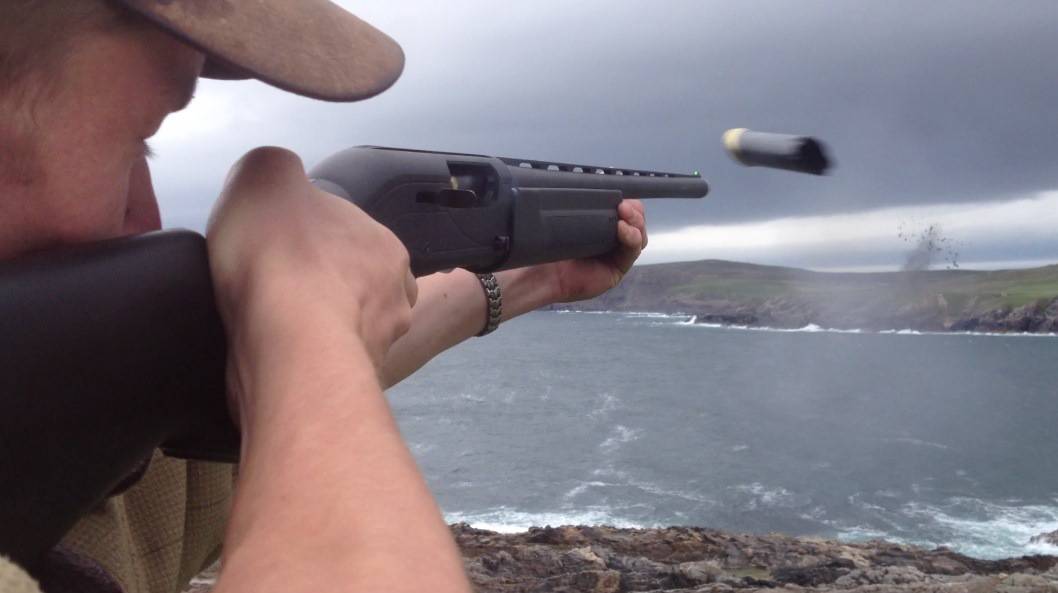 Before you attempt performing trick shots, you must keep in mind that the shooters you saw online are more than likely professional shooters or highly skilled amateurs. If you’ve heard some of them repeat the stock sentence “do not try this at home,” this is meant to discourage the notion that trick shots are easy or safe.

If you’re going to attempt trick shooting with a firearm, safety is more critical than usual. During a trick shot, your gun’s muzzle will point in directions that would typically be considered unsafe, requiring you to be extremely mindful of when to pull the trigger and where your projectiles will go.

When attempting trick shots with a shotgun, do not use slugs. If fired in the air, shot pellets eventually lose their energy. Then, as they fall back down, they don’t regain enough energy from gravity to become lethal again. On the other hand, slugs are heavy and typically have imparted spin, causing them to remain lethal even when falling, like a pistol or rifle bullet.

Always use birdshot; not only are birdshot pellets the smallest and least dangerous, but the increased projectile count increases your chances of hitting a difficult target.

Although it is possible to perform most shotgun trick shots with any shotgun type, if your trick requires more than two shots to complete, you may want to avoid using the classic double-barrel and switch to a tube-fed shotgun. Pump-actions are inexpensive and ubiquitous, but unless you are very skilled with operating one, you may find it slower to work with than a semi-automatic.

Want to find out whether you can shoot like Tom Knapp or the Gould Brothers? Here are 10 shotgun trick shots you can try.

Throw the clay targets in the air behind you as high as possible. Without turning around, bend your body backward, aim your shotgun at the targets, and shoot them all before they land.

The trick’s name comes from the body ending up in a position similar to a limbo dancer, mainly as the clays approach the ground.

Start in a push-up position with each hand resting on the grip of a shotgun and the clay launcher placed behind you. The clay target’s trajectory should pass above your location. Ask your friend to activate the launcher, then prepare to shoot. You must aim the shotgun one-handed. After taking a shot, perform a push-up, wait for the next target, bring the other shotgun up, and fire once more.

Three Behind the Back

This trick shot is simple and works similar to a simple throw-and-shoot technique. However, instead of throwing the clays normally, you must throw them from behind your back.

The mirror shot is one of the most impressive trick shots, yet one of the most difficult. Rest your loaded shotgun on your dominant arm’s shoulder with the muzzle pointed behind you. Hold a mirror with your off-hand. Ask a friend to throw a clay target for you; you must use the mirror to aim your shotgun and hit the clay.

The critical factor of this trick shot is repetition and quick reflexes. Throw a clay target in the air, shoot it, then eject the shell as hard as you can, throwing it forwards. Before the spent shell hits the ground, shoot it like a clay target. You can repeat the cycling and shooting as many times as you can.

Start with your shotgun unloaded and with the action open, with your friend sitting in a hunting tower or an equivalent high point. Signal the start of the trick by throwing your clay. Next, your friend must drop a shell in your action in the correct orientation to chamber it. Then, you must close the action, take aim, and shoot before the target drops.

You can also perform a variation of this trick called “Throwing It In” with a friend standing next to you. Instead of dropping the shell, they must throw it into your weapon’s action.

Two for the Show

This trick is also relatively simple to explain, yet it takes serious practice to pull off. Ask a friend to throw two clay targets; you must shoulder two shotguns, aim both of them and subsequently take out both targets. The challenge lies in that you cannot look down the sights of two guns at once, requiring you to guesstimate both guns’ lines of sight.

Your friend must throw your shotgun at you, then your shell. You must catch your gun, load the round, aim, and shoot the clay before it falls. Don’t hesitate to make a high throw to give you and your friend enough time to perform the trick; you will need coordination and accuracy to succeed.

Seven From the Hip

Throw all seven clay targets in the air; you must shoot each of them from the hip without aiming down the sights.

If you want an even more challenging variation, try Seven Over the Head; instead of shooting from the hip, you must hold your shotgun above your head.

The Basketball Shot is perhaps the most challenging trick on this list. The objective is to throw the basketball like a clay target and then shoot it, so the basketball falls through the hoop. Completing this trick requires the correct positioning, throwing accuracy, and precision shooting.

Trick shooting can be very entertaining and an excellent way to show off your shooting skills, so long as you practice in a safe environment. Minimize the potential safety risks involved in practicing these trick shots by working in vast, open areas with no nearby dwellings. A large field, a desert, or (with permission) an expansive outdoor shooting range are some suitable locations to master these 10 shotgun trick shots.