A couple years back, the Department of Defense transitioned away from the Beretta M92 to the Sig Sauer P320.

Sig competed against Glock, H&K, and some other very good firearms manufacturers to win the contract. There are two reasons why Sig won the contract: 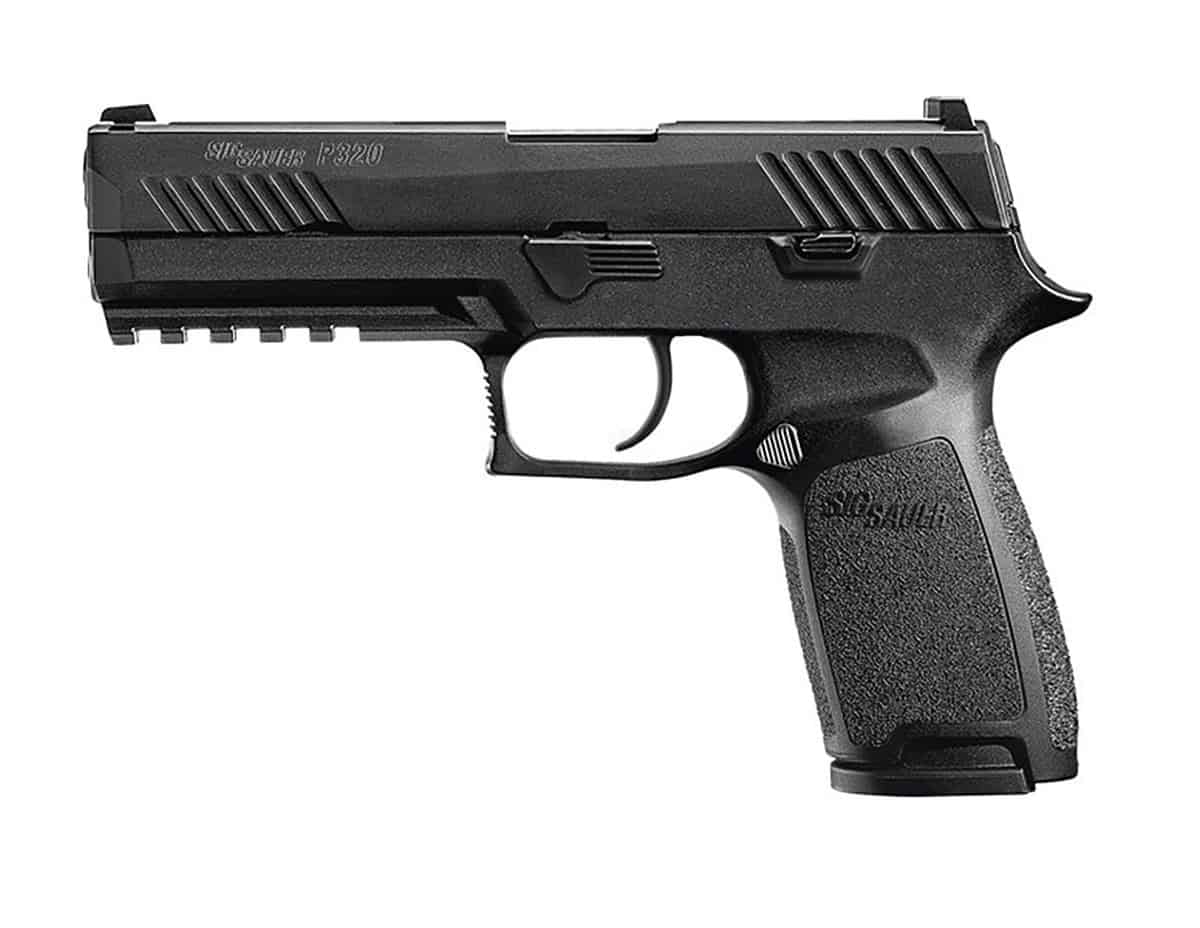 This is good and bad.

On one hand, if it’s good enough for the military, it’s most likely good enough for civilian shooters. On the other hand, if you have experience with mil-spec AR-15s, you know that mil-spec isn’t end-all-be-all of firearms standards.

But, this is by no means a bad gun. It’s a solid handgun. We’ll break it down a bit, and have a look at the good things and where Sig might have saved some money to win the price war.

First, specs. No review would be complete without some numbers. Keep in mind that these are dimensions for the full-size model. Sig offers this gun in a subcompact, compact, and carry size as well.

These are the details:

Standard specs for a full-size gun.

Another number to consider is the price.

Even though Sig beat out some other manufacturers on the military contract price, they don’t pass those savings on to civilian buyers.

The P320 costs about the same, maybe a bit more, than most of the competing guns.

Not a huge price difference. But if you were hoping it would be a less expensive alternative to the leading striker-fired pistols, sorry.

Check how a Sig P320 compares with Sig M17 in terms of performance and functions. 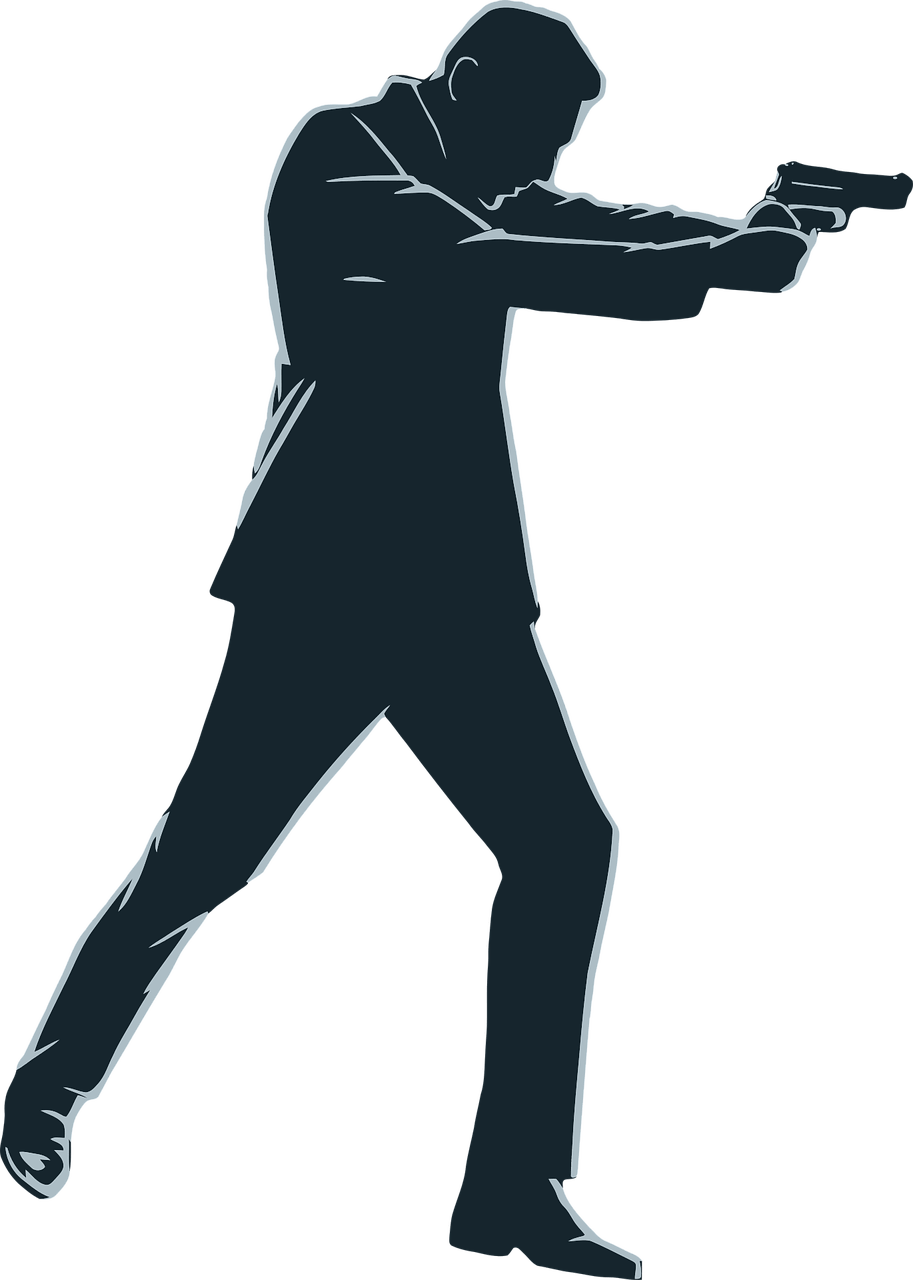 One area where Sig did a great job is the grip shape and frame design.

First, the grip ergonomics are excellent. The grip is more rounded on the sides than most other guns. So, it fills out your hand really comfortably, without being too bulky for shooters with small hands.

There’s a very subtle palm swell that helps the gun seat in the palm of your hand. But it’s not the sort of crazy big palm swell that a certain striker fired gun has. So, it’s functional and comfortable.

Then, the beavertail is ample and makes recoil management more comfortable. The beavertail looks a tad like a 1911 beavertail, which is one of the most comfortable and functional designs in the industry.

Lastly, the grip features cutouts on the bottom that make it easy to rip the magazine out if you have a malfunction. It’s a great design for defensive and competition shooters.

Overall, the grip really makes the shooting experience enjoyable in any context.

This gun features one of Sig’s most notable innovations: a removable, serialized trigger group.

With other guns, the entire frame of a gun is serialized. So, if you want a smaller frame, you have to buy an entirely new gun.

So, it can truly be a one-size-fits all gun for all contexts.

The trigger is much better than most striker fired guns.

It feels like a very light, double-action trigger. The pull is super smooth and the break is really crisp, with almost no mush to it. 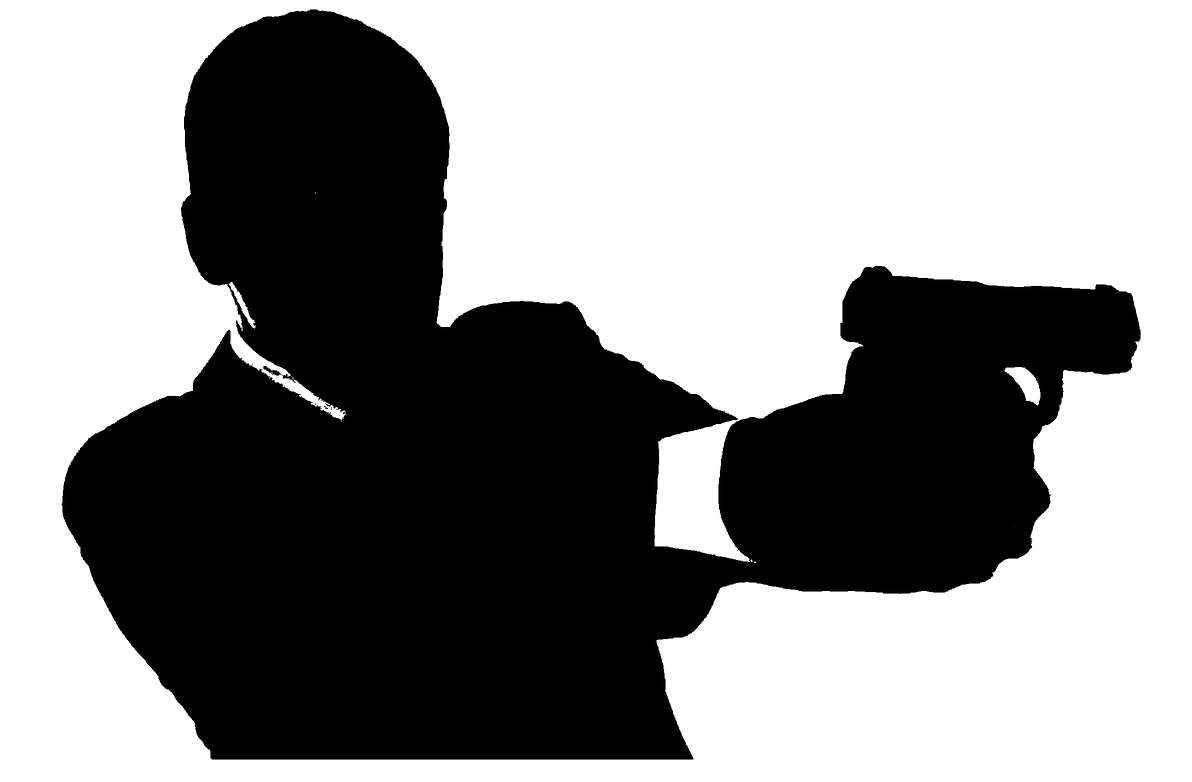 As you know, most handguns come with fairly lame sights. Usually, it’s plain three dot sights or even plastic sights.

No, they’re not the best night sights ever. And you might want to change them out anyway. But they’re better than the stock sights on most handguns. You could certainly run this gun in any context with the included sights.

So, the pros look pretty good. But, let’s be fair and talk about some of the stuff that’s not so good.

The P320 reuses the frame from the Sig P250. Sig probably did this to save money on manufacturing and engineering.

But, the P250 was a hammer-fired gun (there’s also a striker-fired version, built with the same frame). So, the bore axis on the P320 is a bit higher, because the frame is built to accommodate a hammer.

It’s not a huge deal. But a higher bore axis does cause a bit more felt recoil. It’s a shame that Sig produced a striker-fired gun, but didn’t take advantage of the potential for a lower bore axis offered by the striker-fired design.

It’s not a deal breaker. But, if you’re firing this gun side-by-side with other striker guns, you may find that this one feels a tiny bit more snappy.

If you don’t plan on carrying this gun, this won’t bother you. But, this pistol is a tad wide.

It’s only a couple tenths of an inch wider than some other guns. But the slide is pretty blocky. It might feel a bit uncomfortable if you’re carrying inside the waistband.

For home defense and competition it won’t matter. But, it’s something to consider if this will be your carry gun.

Overall, the Sig Sauer P320 is a solid handgun that’s comfortable to shoot. It performs well for just about any type of shooting and has some nice features aimed at the defensive shooting market.

Sig definitely chose to reduce production costs in all the right places, where it won’t bother the end user. The Department of Defense evidently made a good choice with this gun.

Sig offers this gun in a multitude of frame sizes, and you can get all of them without purchasing a whole new gun. So, it’s an excellent option, no matter what your primary purpose for your handgun is.

So, if you’ve been looking for a new pistol—for any purpose—you should check out this gun.

What's the True Cost of Having a Pistol

How to Zero Out a Pistol