Quick Navigation
The Confusion About the Terms
Key Meanings to Understand
​Where These Terms Are Used
​Deciding Your Own Concealed Carry Needs
​Can Skinny Guns Still Be Powerful?
Make Your Choice 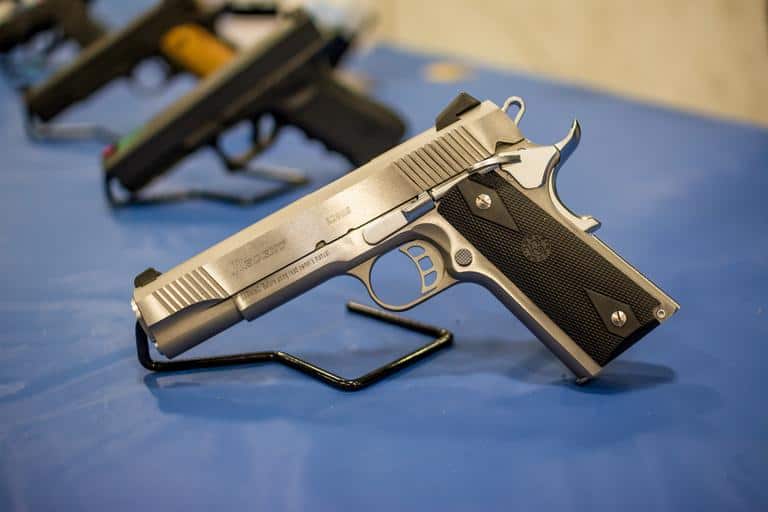 Improvements in gun manufacturing have created a range of pistols that balance size with power and work more reliably than ever. The number of options available on the market might feel overwhelming, especially since manufacturers don’t always describe their guns using the same terminology.

Three terms that pop up among concealed carry enthusiasts are “skinny,” “slimline,” and “single stack.” Here’s what you need to know about these slim pistols for concealed or open carry. 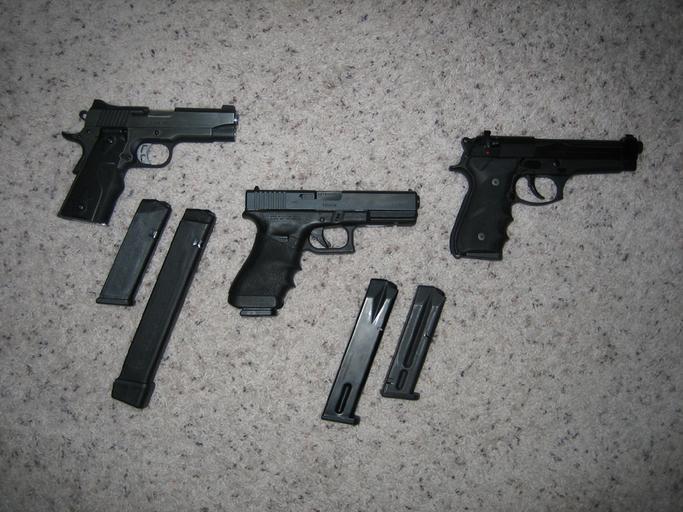 The terms “skinny,” “slimline,” and “single stack” all seem interchangeable at first glance, especially if you’re new to concealed carry. However, while some pistols may use two or more of these terms in their description or feature, they’re not interchangeable.

Gun manufacturers do not commonly use skinny. It’s a more casual term used by gun enthusiasts talking about their concealed carry needs. If you go shopping for a gun looking for a skinny pistol, you may find varying thicknesses available to you, each with its own internal mechanisms and features.

You may even see the term “thin” or “slim” used sometimes by online gun sellers, bloggers, or other enthusiasts. These terms are just as subjective as skinny and should be followed up with a close look at the gun’s dimensions. 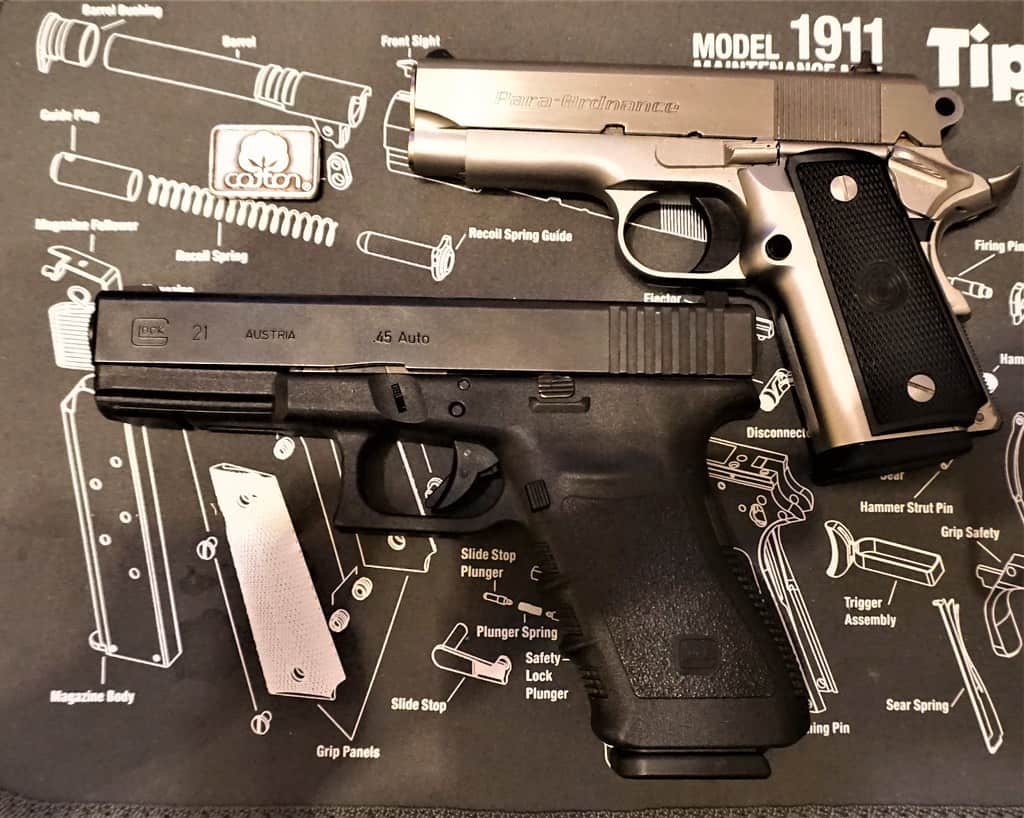 The Glock brand uses slimline to describe a specific line of single stack pistols. These pistols are the smallest Glocks available and are optimized for concealed carry. They are available in various lengths, including subcompact, but they all prioritize concealability and are barely over 1” in overall width.

Many reviewers use “skinny” or similar words to describe a pistol thinner than 1”. However, they may use the word more liberally if the slide and barrel are under 1” thick, but the grip is just over 1” thick. 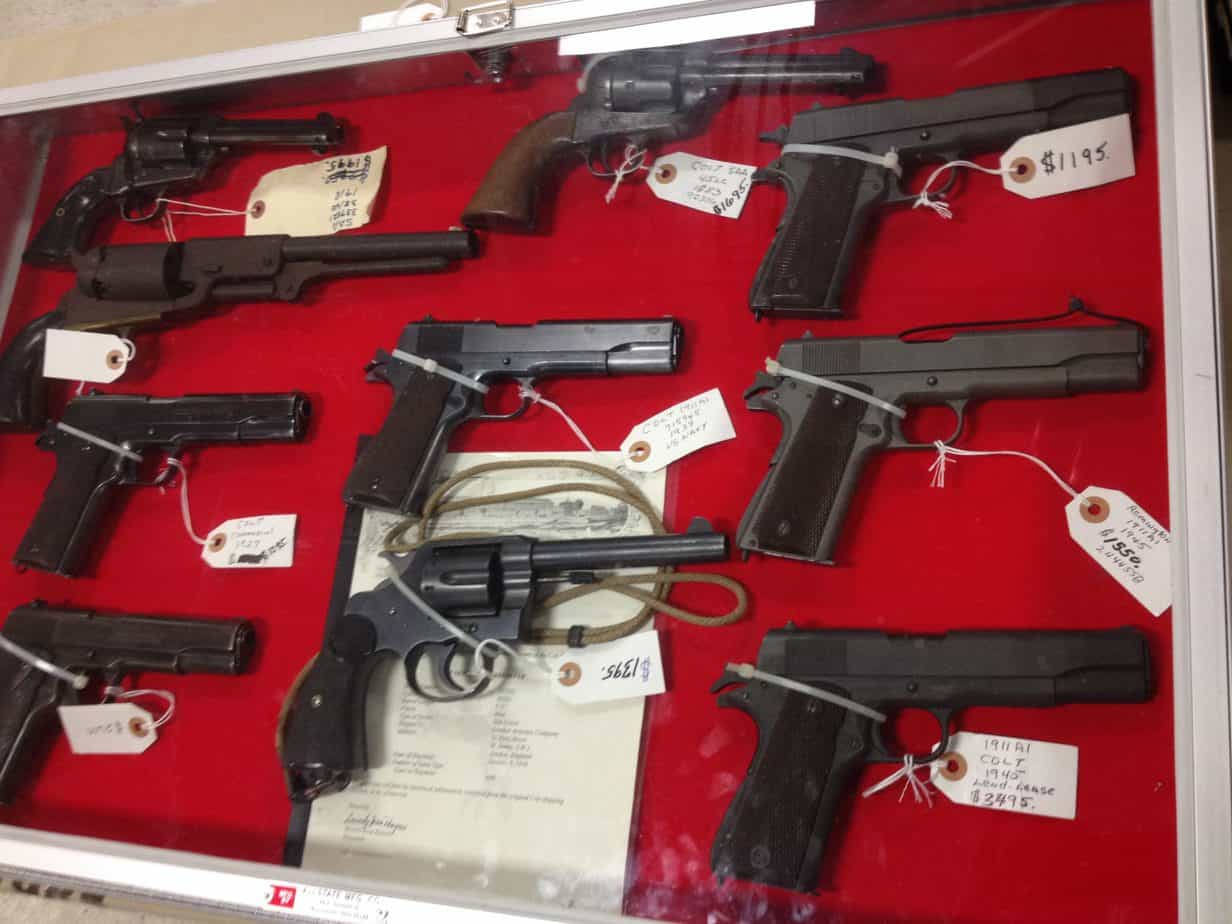 If you’re looking for a gun for concealed carry, make a note of these terms whenever you see them in gun descriptions and product names. You might also encounter single stack and double stack magazines for very similar guns from the same company, so pay close attention to product descriptions when shopping for magazines.

Again, since “skinny” is a subjective and unofficial term, you’ll need to look for more specifics whenever you see it. Many gun owners consider anything thinner than 1” to be “skinny,” but some will just think a gun is skinny compared to the rest of their collection.

Now you’ll be better equipped to do your own research and buy new guns. To make the most of your knowledge, you’ll need to think a little more about your own needs.

​Deciding Your Own Concealed Carry Needs 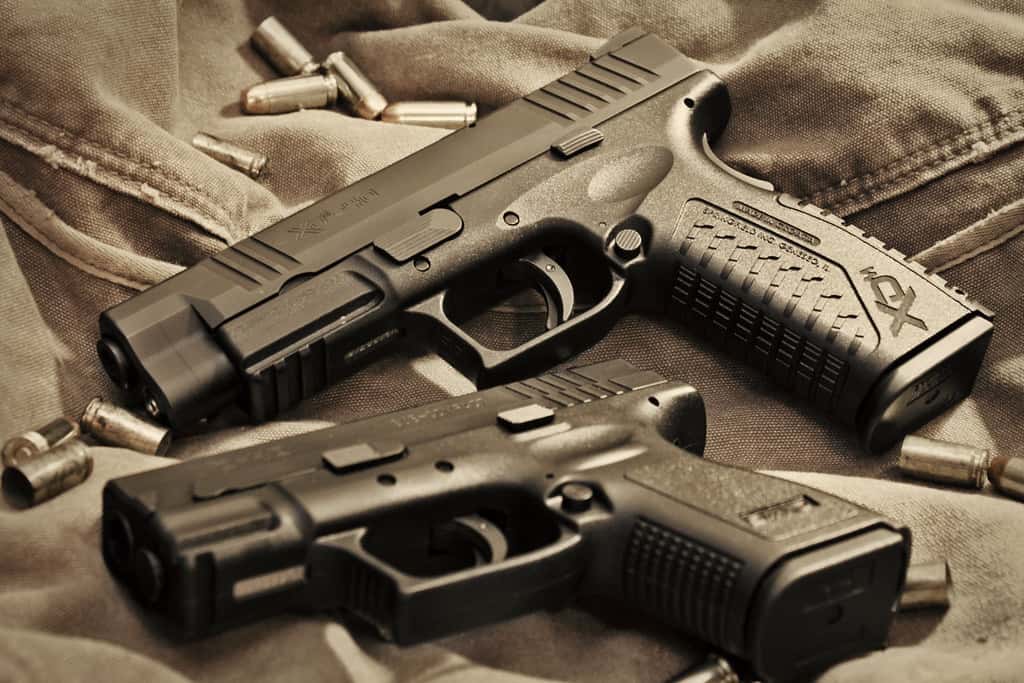 Some concealed carry users prefer to have a primary gun, and a backup gun kept separately on their person. In many cases, this backup gun will need to fit in an area with very little room available, like your pant leg or the small of your back.

Due to the differences in women’s fashion choices, many women prefer to carry the thinnest gun possible to maximize concealment. Keeping a gun tucked inside the waistband is much more difficult with women’s pants, thanks to how tightly they are cut through the hips. Even if you get a skinny single-stack pistol, you may need to get creative with your holster placement.

You may have more success carrying concealed in a purse or fanny pack. However, this is riskier than an inside the waistband (IWB) holster because of how secure an IWB holster is.

In the end, your preference for single stack vs. double stack comes down to your individual needs and how much gun you can comfortably conceal. Since most local and state concealed carry laws require full concealment, your best option may vary dramatically from your friends’ and families’ options.

Also, just because a gun is skinny doesn’t mean that it will be comfortable to wear. Although most single-stack or skinny guns are compact or smaller, some subcompacts may be a challenge to concealed carry because of the length of the barrel or grip.

​Can Skinny Guns Still Be Powerful? 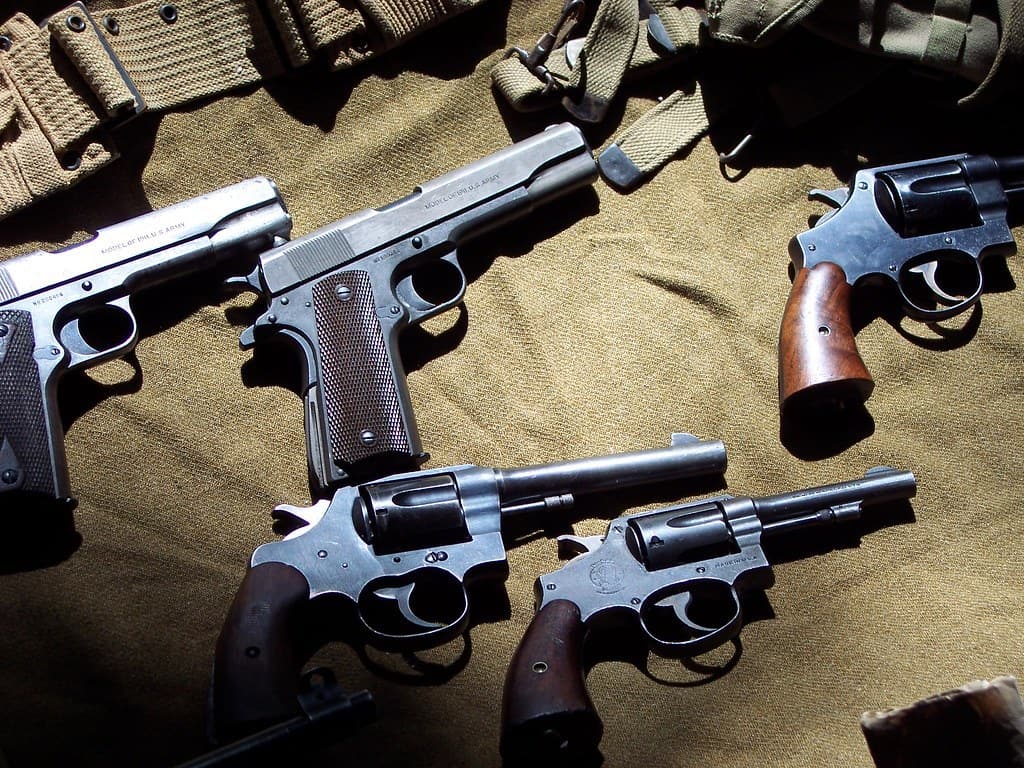 Like any gun, the power a skinny gun packs largely depends on its caliber. A .45 caliber gun will often be more powerful than a .357 caliber gun because the bullets carry more momentum. This may vary based on each gun’s muzzle velocity, so a high-quality gun with a lower caliber may still be a better choice.

Look closely at the manufacturer’s statements and reviews to see how many feet per second each gun can shoot its bullets. A high muzzle velocity can make a huge difference in a self-defense scenario, even if the bullets are relatively small.

Plus, skinny guns’ firing power is not the only feature that matters for defense. Having more bullets thanks to a double stack magazine may help in a self-defense situation because of how hard it can be to fire accurately under pressure. If you’re concerned about your ability to stop an assailant, the trade-off for a larger, thicker gun may be worth it.

There may be multiple good options for you, especially since you might not have the same concealed carry needs every day.

If you’re looking for a backup weapon, try to read the reviews closely to see how other users have used each model. By reading product descriptions and reviews closely, you’ll land a great deal on the perfect slim pistol.