Small Guns are Hard to Shoot, Because of Physics 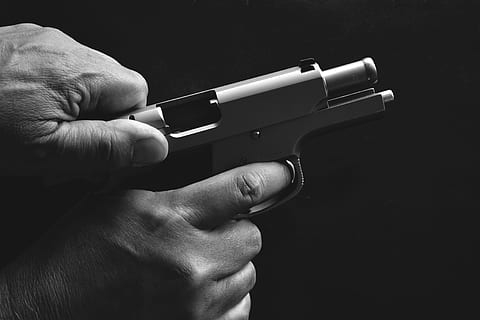 If you’ve ever fired a pocket pistol or subcompact handgun, especially in a full-power cartridge — e.g., 9mm, .45 ACP — you’ve probably noticed they’re hard to control. This is the result of simple physics. But what can you do to lessen the kick? 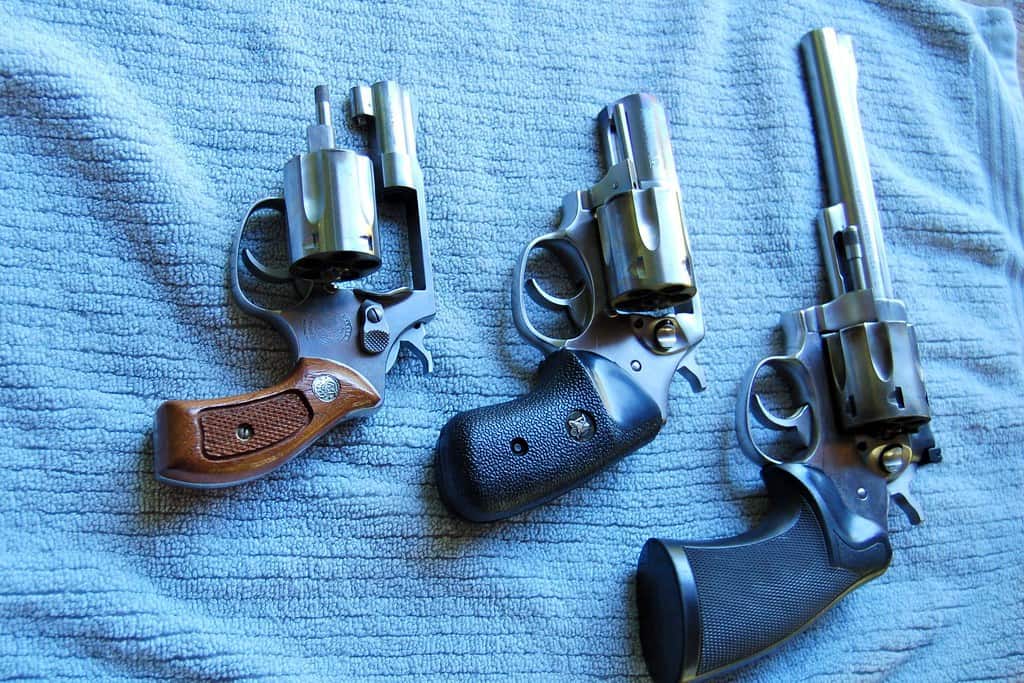 When you buy a handgun for self-defense, the weight and size are important factors to consider. The primary reason to choose a small gun is for concealed carry.

If your weapon is for home defense and will sit on a nightstand or in a gun safe, concealability is far less important. You can take advantage of the increased weight and gripping surface of a full-size service weapon.

However, some people buy small guns and don’t realize they kick more sharply. If you’re in the market for a handgun, it’s worth understanding why this matters.

Why Do Small Guns Recoil More? 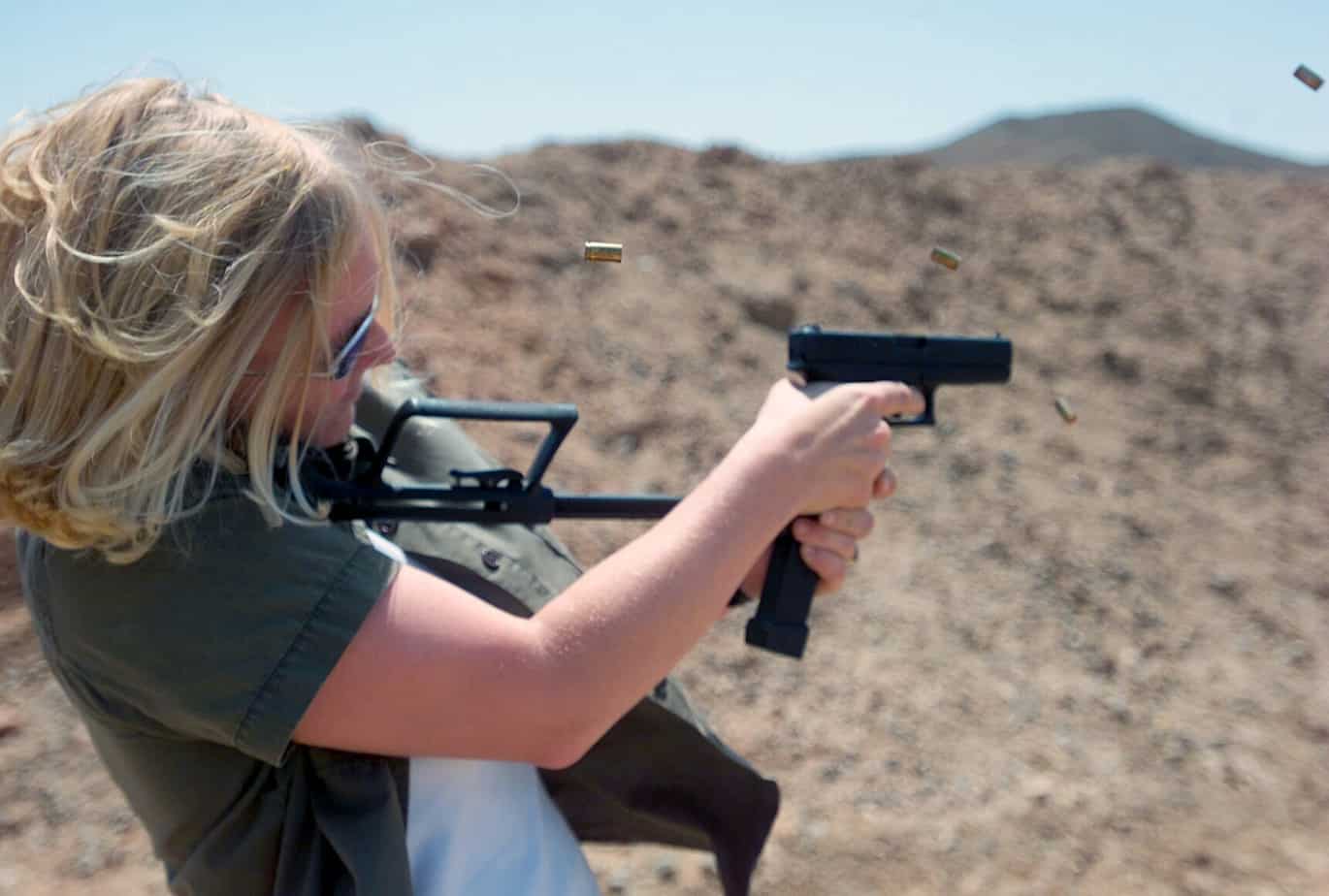 As with any discussion of recoil, it’s worth starting with Newton’s Third Law of Motion. This law states: “For every action, there is an equal and opposing reaction.”

When you fire a gun, the firing pin or striker detonates the primer, which ignites the cartridge’s gunpowder. As the powder burns, it produces high-pressure expanding gases.

The weight of the bullet and its muzzle velocity and kinetic energy, and momentum all contribute to the recoil. Likewise, the weight of the gun matters because it opposes the force of recoil. However, these are not the only factors to consider.

All else being equal, a smaller, lighter handgun recoils more than a heavier, larger model. Other than the weight, a smaller handgun has a shorter grip and less surface area to hold. This makes it harder to control the weapon as it recoils. You’ll notice in some subcompact handguns that your little finger must curl under the magazine.

Some manufacturers provide extended magazine floor plates to accommodate your little finger, allowing you to gain a firmer purchase on the weapon. This also often comes with the benefit of one or two additional rounds of ammunition.

These weapons are diminutive to increase concealability — your ability to keep the gun neatly tucked away under a T-shirt or jacket. If it’s a pocket pistol, this is even more important.

What handgun manufacturers are trying to achieve is to reduce the tendency of concealed handguns to “print.” Printing is when the silhouette of a pistol is visible through clothing as an outline or bulge. Even if you’re using an inside the waistband holster, the gun’s height contributes to printing, and discretion calls for more compact weapons. Unfortunately, increased concealability comes at the expense of control.

Another factor to consider is texture. Handguns with smooth surfaces provide less traction and are harder to hold. A rough texture, such as provided by checkering or stippling, can significantly improve your grip on the weapon.

Another factor is the bore axis. The higher your hand sits on the grip relative to the bore axis, the less leverage there is when you fire the gun. This reduces the tendency of the muzzle to flip when you fire. Ensure that you position your hand as high on the grip as possible. The webbing between your thumb and index finger should be pressed firmly against the beavertail or recoil shoulder (if there is one).

Non-magnum handgun cartridges aren’t typically known for their high muzzle velocities. However, a shorter barrel still means a slower bullet. Some jacketed hollow-point bullets have what’s known as an expansion threshold. If the impact velocity is too low, the bullet will fail to reliably expand.

Gun owners have observed this in .38-caliber snub-nosed revolvers. One remedy, at least in a revolver, is to substitute a wadcutter. Wadcutters are flat-nosed, sharp-shouldered cylindrical bullets designed for target shooting. They punch neat round holes in paper targets, and they also crush more soft tissue.

In semi-automatic actions, the use of these bullets is ill-advised. Instead, opt for ammunition specifically optimized for these lower velocities or consider using +P loads to compensate.

There are several ways of reducing or managing recoil in a lightweight handgun. The first is to choose a more appropriate caliber or load. If you find you can’t handle a Commander or Officer’s ACP in .45 ACP, consider the 9mm variant.

Another method is to attach a muzzle brake or compensator. This is not always possible, and some compensators can increase the overall length so much that it defeats the purpose. However, there are some muzzle devices designed not to interfere with this.

A compensator reduces muzzle flip by venting gases upward. This is distinct from a muzzle brake, which reduces rearward recoil. However, depending on the design, some compensators/muzzle brakes can interfere with a semi-automatic pistol’s cycle by adding weight to the barrel. This only applies to recoil-operated handguns, not blowback-operated weapons with fixed barrels.

If we could throw a suggestion for a gun, it would really be Glock 19's for the reason that it has improve recoil management for better control and for beginner's, we'd suggest glock 43's since it's cheaper and easy to handle.

​How to Improve Control 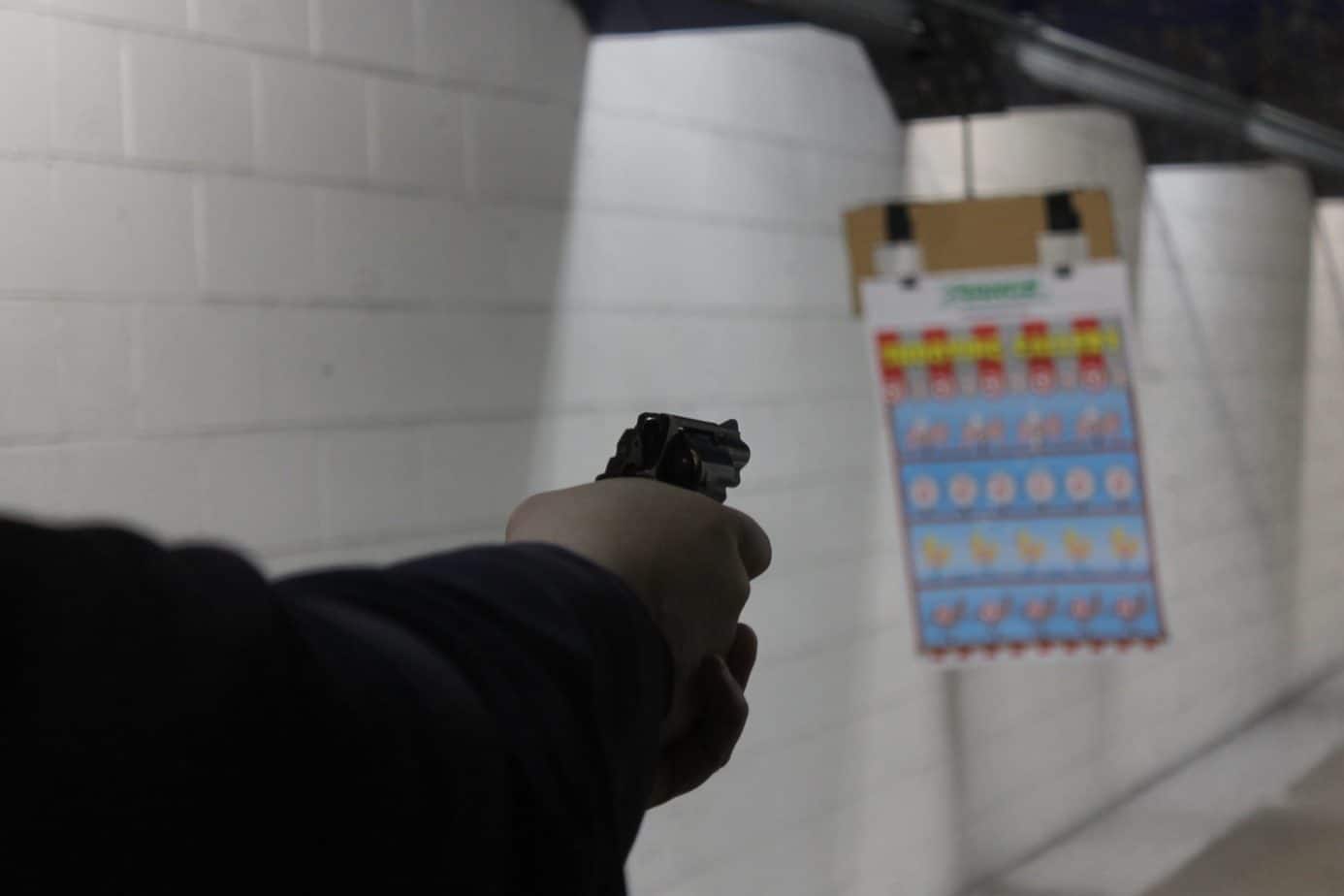 For the best results, get a handgun you can control. This may require some experimentation for the best results. If you can’t shoot your concealed-carry handgun properly, it won’t serve you as well under stress.

You can increase your control of the weapon by increasing the weight, reducing the cartridge load’s power, changing the gripping surface texture, or increasing the surface area (e.g., using extended magazines).

Most people go for Glock pistols when choosing a concealed carry since it's pretty easy to handle.

While you're at it, you can also check out: How to Zero a Pistol (visit this page)

You may want a small gun for concealability, or it’s the most comfortable for you to hold and shoot. Regardless of your reasons for choosing a small gun, you can learn to control it through regular practice. Practicing at the range weekly or monthly helps you gain confidence in your aim, grip, and recoil management.