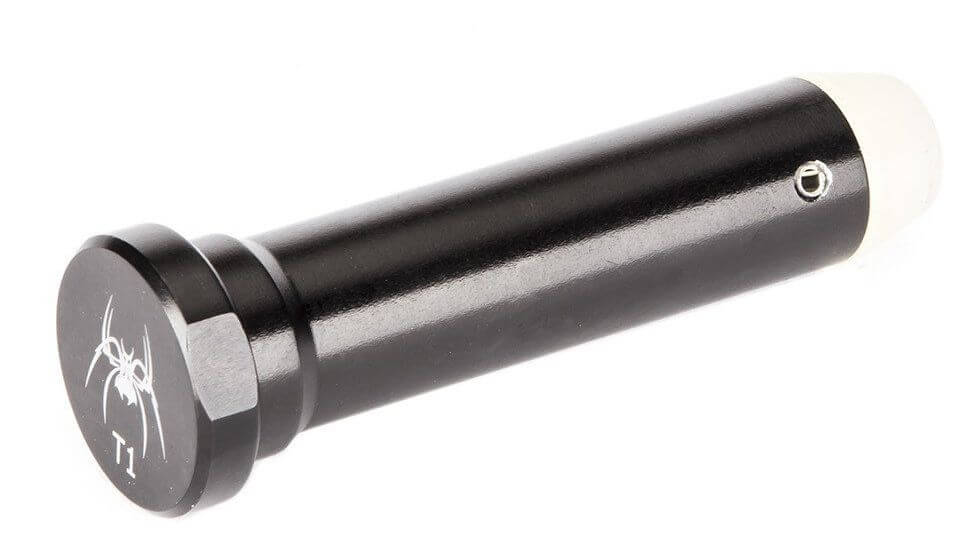 I’m usually not big on telling people what to do. But—if you’re going to use a standard buffer instead of a specialized spring and buffer system—you should just use the Spikes Tactical Heavy Tungsten Carbine Buffer.

It’s still just a buffer, though. So I won’t bore you with a drawn out lecture about it. I’ll quickly present my case for using this buffer in all your rifles.

The whole point of this buffer is to improve the operation of your AR-15, without changing the way your rifle operates. And Spikes Tactical has done a great job of building a buffer that does that.

Here’s what you get.

The main feature of this buffer is the tungsten powder weight.

Ordinary buffers use a reciprocating metal weight. That’s why they rattle if you shake them. The reciprocating weight makes your rifle’s action kind of loud. And you get a pretty heavy “TWANG” when the bolt locks open on an empty magazine.

But there’s one other thing: felt recoil. You probably won’t feel it if you just shoot your rifle and try to feel the movement of the reciprocating weight in a standard buffer.

The reciprocating weight slams against the back of the buffer when the buffer bottoms out in the buffer tube, though. And that makes your recoil impulse slightly harsh.

The Spikes Tactical buffer uses a stable tungsten powder rather than a reciprocating weight. It makes your action a bit quieter. It reduces the last round twang (it doesn’t eliminate it). And it produces a slightly mellower recoil impulse.

You probably feel like I just copied and pasted a marketing brochure.

But I’ve found that the improvements to the Spikes Tactical tungsten buffer really do make your rifle more pleasant to shoot.

Now, you’ll still hear the creak and scratch from your buffer spring compressing and expanding. 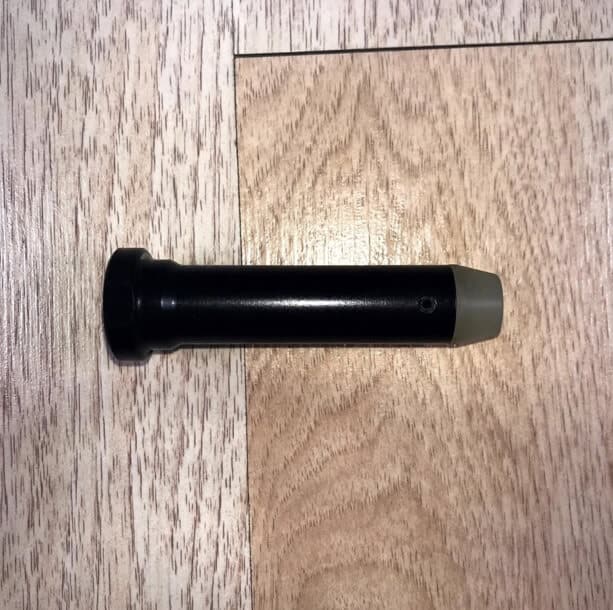 And, obviously, this buffer isn’t a magic bullet that will eliminate recoil. But it does make the recoil impulse more predictable and easier to manage in rapid fire.

For me, this is such an easy upgrade that it’s totally worth it to just toss it in your rifle, even if the benefits are not world changing.

This is the most straightforward part. I’ll keep this brief.

The billet aluminum body is protected with a hardcoat anodized finish. It looks cool. And it improves corrosion resistance (according to Spikes Tactical).

I have no reason to believe that the anodized finish makes the corrosion resistance any worse. And the finish looks good. All in all, I think the finish is cool.

The only downside to the black anodized finish is that it wears off the face of the buffer where your buffer spring rubs against the buffer. Standard aluminum buffers wear, too. But you can’t see it because the buffer is already silver. 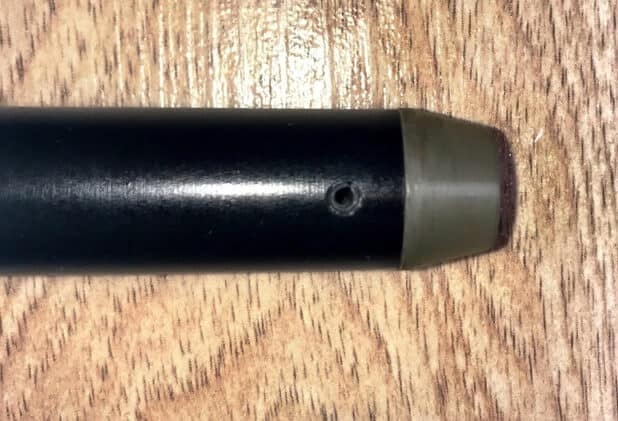 But any finish on every part wears eventually. And you can’t even see the buffer when your rifle is assembled.

Lastly, it’s got the standard rubber bumper at the end.

At this point, I use this buffer in all my rifles, unless I use a recoil system that doesn’t accept a standard buffer.

It just makes my rifles more pleasant to shoot and easier to control. And that’s always a good thing, even if the improvement is slight.

Also, you can get the Spikes Tactical Heavy Tungsten Carbine Buffer in multiple buffer weights—H1, H2, and H3.

I find that the H2 buffer pretty much works for everything. The H2 weight runs fine in any gas system length. And it works in suppressed and unsuppressed rifles.

My recommendation would be to just get the H2 buffer unless you need a heavier or lighter buffer.

I have a Spikes Tactical H3 buffer. And I find that it only works reliably in suppressed operation. It tends to be a tad bit too heavy without the suppressor. And that’s in a rifle with an 11.5 inch barrel and a carbine gas tube.

The H1 buffer doesn’t cause any issues, except potential overgassing. But be sure that you need the heavy buffer before you get the H3. Otherwise you might just end up buying an H2 buffer.

That’s all I have to say about that. The Spikes Tactical tungsten buffer makes your AR rifles better. So use it instead of that $1 buffer you’ve been eyeing on Wish.com. You’ll be glad you did.