The Best Squirrel Hunting Guns (For Kids, Beginners, and Everyone Else)

If you’re interested in hunting squirrels and other small-game animals, you need an appropriate weapon. This gun should be lightweight, handy, accurate, and reliable. 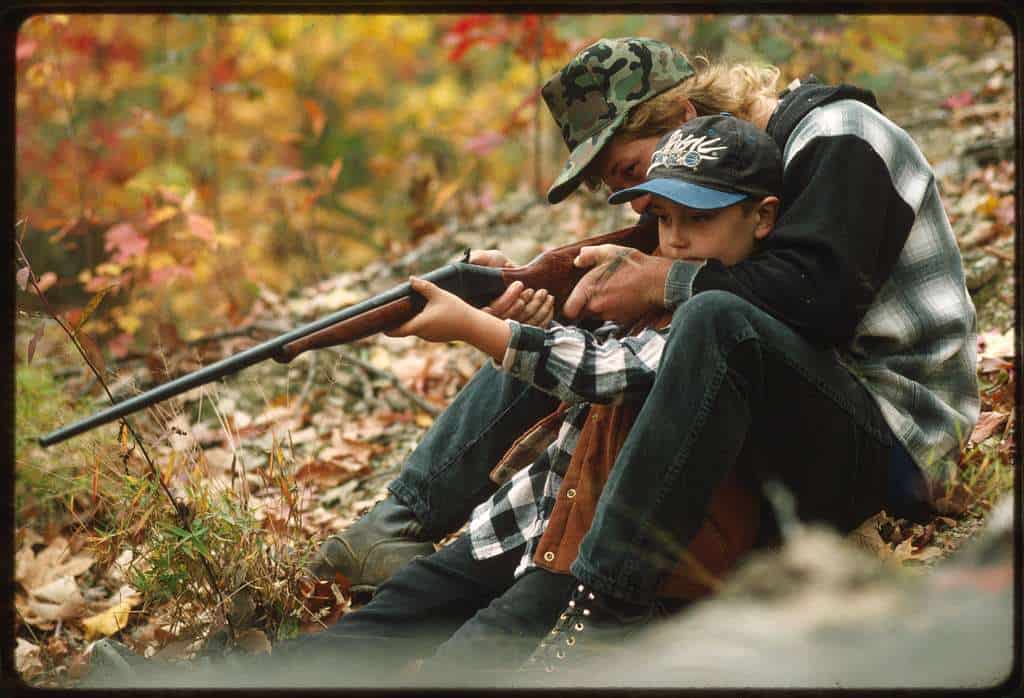 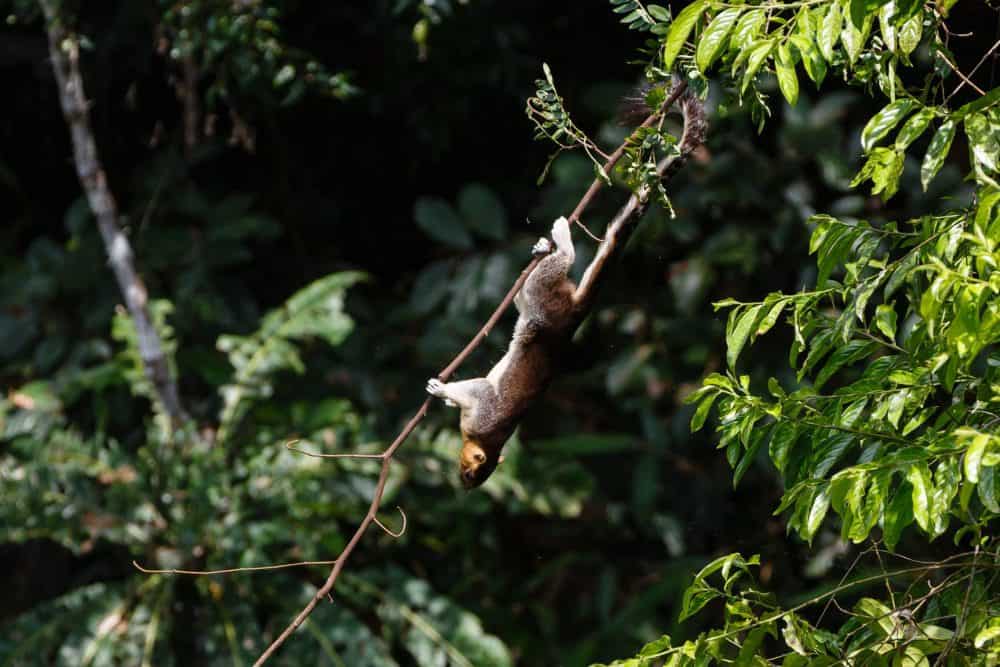 Shooting a squirrel with a .30-30 deer rifle will turn the critter into a pink mist — you want to avoid that. A less powerful weapon is needed to preserve the meat of the animal.

The most common calibers for squirrel hunting guns are rimfire cartridges between .17 and .22. These rounds deliver high-velocity bullets — when fired from rifles — with minimal recoil and report. However, even when fired from a pistol, the .22 Long Rifle cartridge is adequate for this purpose.

When selecting a long gun, you’ll be carrying this weapon for a protracted period; therefore, it’s important to choose a compact and light model. Fortunately, many .22-caliber rimfire rifles are relatively short and lightweight to begin with. 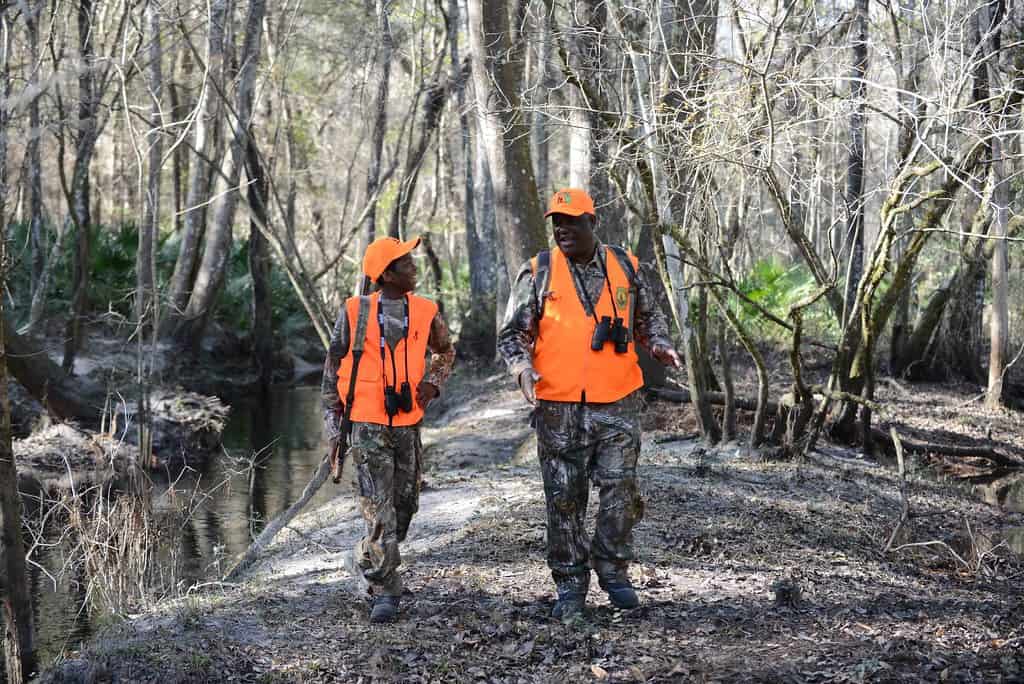 One of the first choices you’ll have to make regarding a squirrel gun is whether you want a handgun or a long gun. While several semi-automatic pistols and revolvers are chambered in rimfire cartridges, concealed-carry weapons are not necessary here. Instead, you want a precise, stable weapon with a high-quality trigger and visible sights.

Next is the action type, specifically regarding long guns. Semi-automatic or autoloading rifles allow you to fire a fast follow-up shot without manually manipulating the action. If your first shot misses or fails to kill the animal, you can simply press the trigger again once you reacquire your sight picture to fire a successive shot.

However, many autoloading actions are less reliable, especially regarding rimmed cartridges, than manually operated repeaters, such as bolt- and lever-action rifles. A semi-automatic, blowback-operated rifle relies on the energy generated by the fired cartridge to cycle the action. Low-pressure, low-velocity loads are less likely to cycle reliably.

Bolt- and lever-action rifles are common rimfire hunting weapons due to their reliability and durable construction.

The first weapon on the list is the venerable Ruger 10/22 semi-automatic rifle chambered in .22 Long Rifle. Introduced in 1964, the Ruger 10/22 is one of the most popular and widely manufactured rimfire rifles in the United States.

It’s the first firearm many American shooters fired. Lightweight, handy, and accurate, the Ruger 10/22 is fed from a flush-fit 10-round rotary magazine. However, if you need more firepower, several aftermarket manufacturers offer magazines holding 25 rounds or more.

The 10/22 has an 18.5” cold hammer-forged barrel, an overall length of 37”, and weighs 5 lb. unloaded, although some variants are lighter. The safety catch is a cross-bolt design — i.e., a horizontally sliding button behind the trigger guard.

Available in either a one-piece wooden or synthetic stock, the standard 10/22 configuration is equipped with open iron sights — a gold-bead front sight and an adjustable rear sight.

In addition to the carbine and sporter, which feature hardwood and American walnut stocks, respectively, the 10/22 is also available in tactical, takedown, target, and competition variants, which feature black synthetic stocks for increased weather and impact resistance. The takedown variants can be broken down easily for transport and storage.

If you’d prefer a bolt-action sporting rifle that doesn’t rely on the ammunition for its functional reliability, consider the CZ 457 Varmint. This bolt-action rifle, manufactured by the famous Czech firm, has an adjustable trigger mechanism, ergonomic grip, a striker status indicator, and a 60° bolt throw for ample clearance with a rifle scope or other optical device.

Fed from a detachable box magazine holding five rounds of ammunition, this is a precision instrument for careful, deliberate shooting. One large downside is that the CZ 457 Varmint does not have its own iron sights, so you will have to find sights.

With safety in mind, you can open the breech to inspect the chamber and clear the weapon with the safety catch engaged, allowing visual and tactile confirmation that the weapon is either loaded or unloaded.

If you’re less interested in carrying a rifle, you can shoot squirrels using a highly accurate semi-automatic pistol. Ruger, the same company that manufactures the 10/22 rifle, also offers a line of .22-caliber steel-framed handguns — that’s how the company began.

The Ruger Mark IV Hunter, featuring a fluted bull barrel, and a fiber-optic front sight combined with an adjustable rear sight, provides the stability and accuracy you need for precision shooting and pistol hunting.

Depending on the variant, the Mark IV Hunter is available in stainless steel or blued alloy steel and an aluminum-alloy frame. You can also choose from three barrel lengths: 4.5”, 5.5”, and 6.88”. The Mark IV series is fed from a flush-fit 10-round detachable box magazine with follower assist, so reloading is a breeze.

Not every squirrel or varmint gun needs to be a rifle or pistol. The Mossberg 510 Youth Mini Super Bantam, chambered in .410 bore, is a lightweight pump-action shotgun based on the company’s famous 500 series, introduced in 1960.

The .410-bore shotgun shell can be reasonably effective against varmints but doesn’t generate much recoil, even in a compact and lightweight package.

For a list of gears to be more effective at hunting squirrels, read this article. 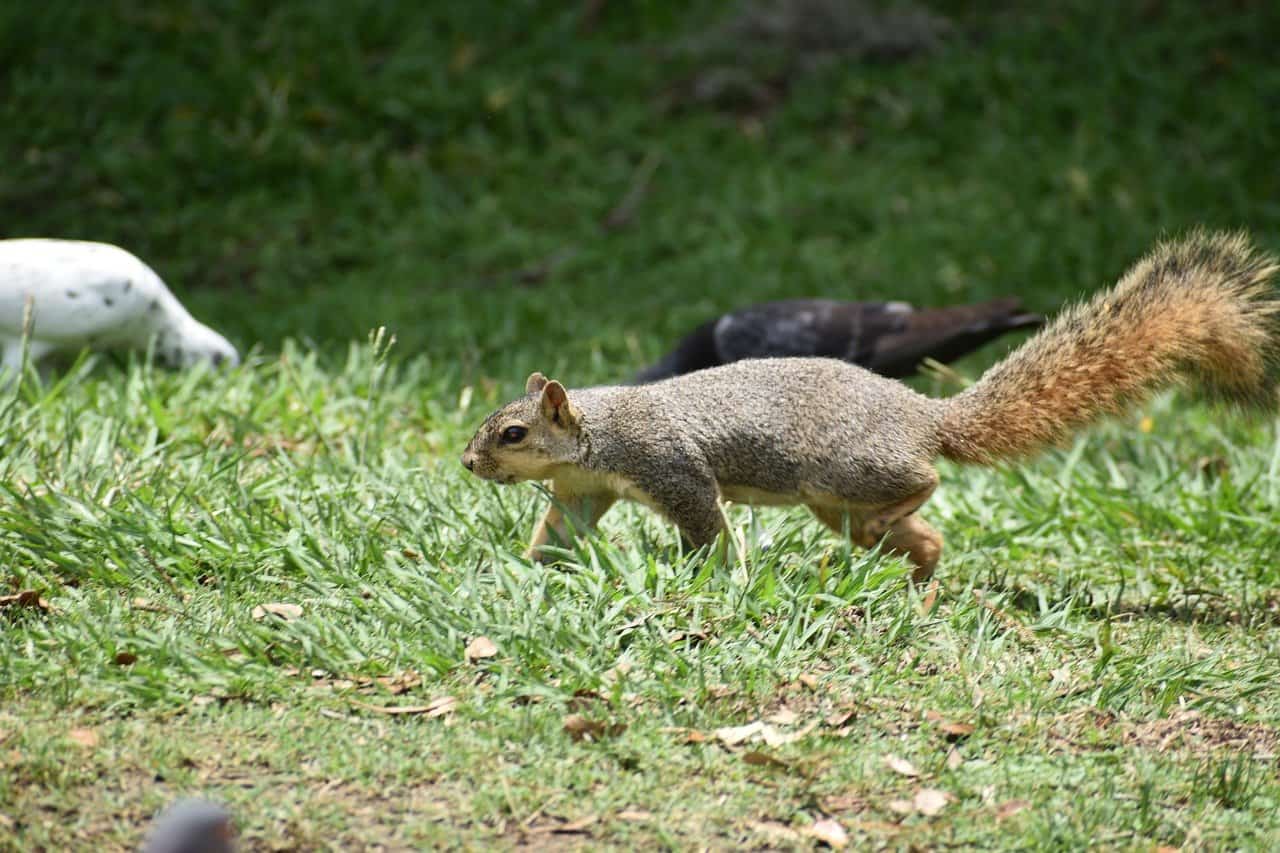 Regardless of the type of firearm you select for your squirrel hunting gun, you should consider how you intend to carry your weapon and for what period. Is this your primary hunting weapon or a companion to your deer or black-bear rifle?

Aside from choosing an appropriate caliber and weapon, the only way to achieve the desired results is to apply the fundamentals of marksmanship consistently and practice regularly.

Practice at realistic ranges — i.e., the ranges at which you expect to hunt varmints — under representative conditions, if possible. Remember, the ammunition you sight in/zero your firearm should be consistent with the ammunition you intend to use in the field. The point of impact can shift from one cartridge load to another, causing practical accuracy to deteriorate.

Handguns, rifles, and shotguns, depending on the configuration, caliber, and ammunition type, can be highly suitable for hunting squirrels and other varmints. Choose the weapon that suits you and your circumstances best, and don’t neglect the need for practice.

You can also look at: