Over roughly the past year, it’s been tricky to find AR-15 parts. My go-to upper receivers were out of stock for months on end. Nothing was ever on sale. And I had parts laying around waiting to be put together.

Naturally, I started looking for upper receivers that were outside my usual selections. That’s when I discovered the Arms Republic Upper Receiver.

It’s a standard AR-15 upper receiver. It comes assembled with a forward assist and ejection port cover. And it checks all the boxes for build quality (7075-T6 aluminum, anodized, forged).

All the stars seemed to align. So I picked one of them up to see if the Arms Republic upper receiver might be worth adding to my list of go-to upper receivers.

Here’s what I discovered.

For the most part, this upper receiver is very well machined. There are no sharp edges, even on the picatinny rail. All the corners are neatly deburred. And the threads on the barrel extension are cleanly cut.

There are no t-markings on the picatinny rail. Not a huge deal. But most of my usual upper receiver suspects come with laser etched t-markings. It’s tough to find upper receivers with t-markings at the Arms Republic price point, though.

This upper receiver looks pretty good overall, with the exception of a couple issues on the inside.

First, there are a couple of marks on the inside of the bolt carrier tube that looked like they might be tool marks from the jig that held the upper receiver during machining.

There are also some chatter marks around the forward assist channel, as if something came loose during production, and the machining bit skated around the inside of the upper receiver tube a little bit.

While these imperfections aren’t ideal, they shouldn’t have any impact on performance. 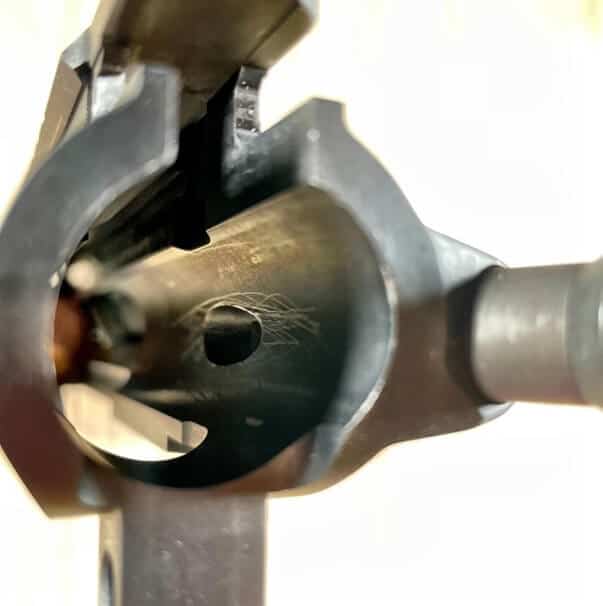 Despite the imperfections, this upper receiver should work well enough.

If you’re not a stickler for finishes, you can skip this portion. However, unless I’ve painted one of them, I prefer the finish on my upper and lower receivers to match.

Unfortunately, it’s tough to get an accurate idea of how the anodized finish on a receiver will look until you see it in person. You either have to buy your upper and lower receiver from the same manufacturer or just hope that the finishes on the receivers from two different manufacturers match up well.

Hope is a bad strategy. But sometimes it’s the best we’ve got. 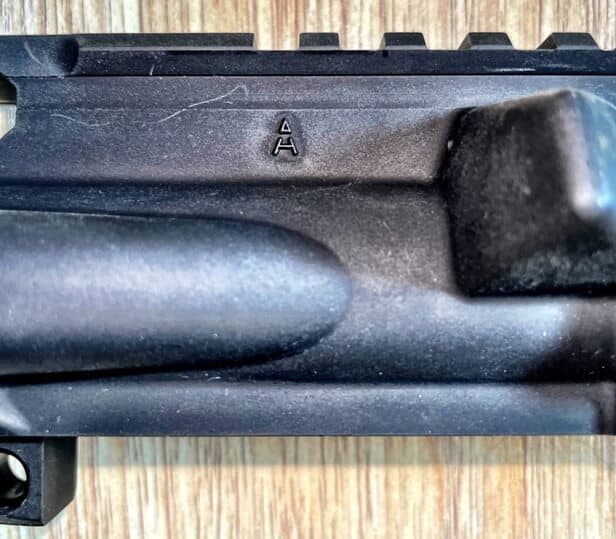 Here’s my best description of the finish on this upper receiver to help you out, if you’re running on hope:

This is definitely a matte anodized finish. The finish also leans toward gray, rather than deep black. It’s still black. But it’s the lighter black, similar to what you’d find on an Anderson Manufacturing upper receiver.

The finish might be mostly aesthetic. But the fit is not.

There’s not a ton of potential for fit issues on an upper receiver. The big thing is the barrel fit. With good barrel fit, everything should be good to go, as long as the bolt carrier and charging handle slide without excessive lateral play. 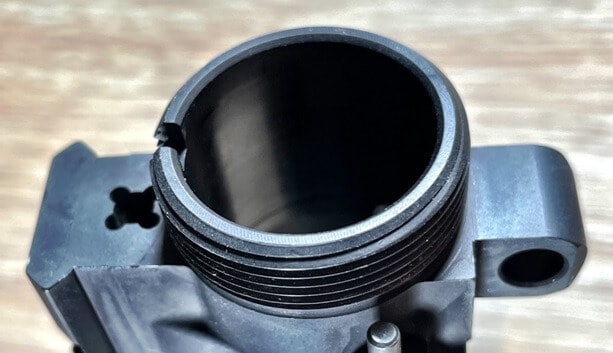 While this added some effort to the assembly, I prefer this sort of barrel fit. It’s probably not a huge issue. But a tighter barrel fit means better precision.

When I dropped my bolt carrier group into the upper receiver, it slid in perfectly. No binding and no lateral play. Everything looks good in terms of fit.

If an AR-15 doesn’t work, it’s rarely because there’s something wrong with the upper receiver. I’ve used a lot of cheap upper receivers. None of them have caused function issues. It’s a pretty serious failure if an upper receiver causes a rifle to fail.

Good news: this upper receiver ran great. I ran it with a couple different bolt carrier groups and ammo types. I also ran it with and without a suppressor, just for good measure. 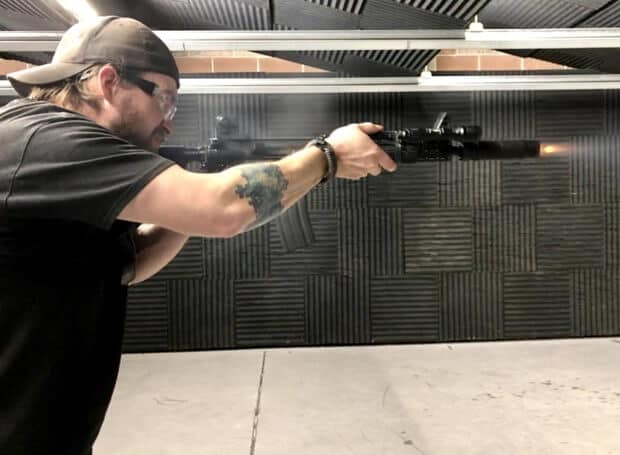 It cleaned off easily, though. And there was no damage to the finish from brass hitting the brass deflector.

The finish might not be as slick as finishes from other manufacturers. But it’s just as durable.

In terms of performance, this upper receiver works. And the finish holds up to the abuse from normal shooting. That’s about as much as you can ask for from such a well-priced upper receiver. Two thumbs-up from me.

Ultimately, the imperfections on this upper receiver were a little disappointing. They didn’t have any effect on performance.

Also, the imperfections seemed to be anomalies. It’s unlikely that you’ll get an upper receiver with the same issues. In all likelihood, most Arms Republic upper receivers are probably unblemished.

Additionally, the finish on this upper receiver makes it a solid candidate for a budget build, where you’ll be pairing it with a lower receiver that has a similar matte finish. It’s also a great option if you plan to paint your upper receiver.

Ultimately, the Arms Republic upper receiver didn’t make it onto my shortlist of go-to upper receivers. I prefer a smoother finish because it matches the finish on most of my lower receivers.

But this is still a solid upper receiver for the money. And it could be a great go-to option if you don’t care about matching finishes or you paint all your rifles.

So check it out. It might be the perfect match for your next project.