The Best Bullets for Deer Hunting

Without a doubt, the whitetail deer is the most popular big game animal in the world. Every fall, more than 10 million hunters hit the American woods and farmlands in pursuit of this noble creature.

For some, deer hunting is a family tradition that spans generations. However, modern deer hunters have some major advantages over their grandfathers and great-grandfathers. One of those advantages is modern ammunition.

Today’s hunters can choose from a vast sea of cartridges, calibers, and bullet designs. The sheer number of options can be both confusing and overwhelming, but don’t worry. We’re here to help.

Since the bullet is ultimately the only part of your ammo that will make contact with the deer, we’re going to focus on the differences in projectile performance. With a basic understanding of the types of bullets at your disposal, you’ll be better equipped to choose the best ammunition to help you fill your tags this deer season.

Modern projectiles are usually categorized by their tip designs. Here is a run-down of the basic styles you’ll find at your local sporting goods store.

Thanks to the 1987 film by the same name, even non-hunters are familiar with the full metal jacket. This basic bullet design features a soft lead core surrounded by a harder metal shell (called a “jacket”). In the military, FMJs are often called “ball ammunition”. 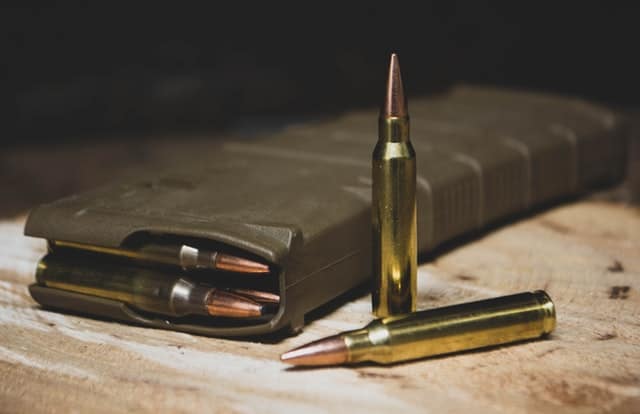 Although FMJ ammo is the standard issue for military use, it is not the best option for deer hunters. In fact, it is illegal to hunt with FMJ ammunition in some states.

Due to that hard metal jacket, FMJ projectiles keep their shape on target impact. This allows for deep penetration that often results in complete pass-through shots. However, because FMJs do not expand in soft tissue, they leave only a nominal wound channel.

The best way to tag a deer is through massive tissue damage and blood loss, and an FMJ bullet just isn’t capable of delivering in most situations.

Is it possible to kill a whitetail with FMJ ammo?

Yes. Especially with a well-placed shot.

However, just because you CAN, doesn’t mean you SHOULD.

Quick, clean, humane kills should be the goal of every ethical hunter. Shooting a deer only to have him run off to suffer a long, painful death is cruel and irresponsible. Choose a more effective bullet design to load in your deer rifle.

Chances are good, your grandfather used good old-fashioned soft points to put food on the family table. These traditional hunting bullets have been around for quite some time. While there are certainly fancier, expensive, modern bullets on the market, plenty of deer hunters still use this old stand-by for one major reason - they are very effective on whitetail deer. 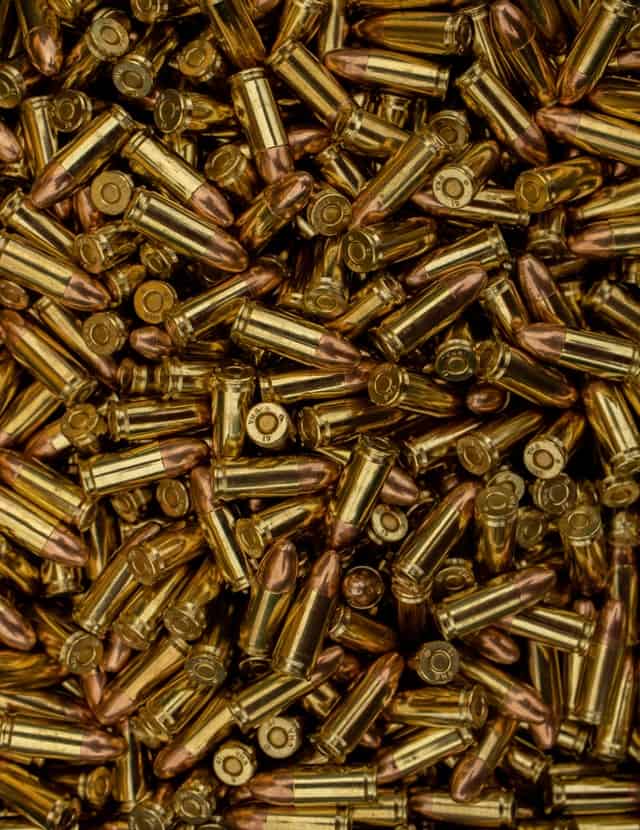 Like FMJs, softs points are made with a soft lead core and a harder metal jacket. However, soft point bullets have an open tip in the jacketing material, leaving a portion of the lead core exposed. The exposed soft point expands when it hits soft tissue, while the metal jacket helps the bullet retain weight and spin for deep penetration.

If you want a near-perfect balance between expansion and penetration, look no further than the traditional soft point. They drive deep enough to reach vital organs while expanding enough to carve a devastating wound channel on their way there.

If you’re using a rifle with a tubular magazine, hollow points often get jammed together in the magazine, interfering with reliable cycling. No one wants to deal with a jammed weapon when a monster buck is on the scene.

The smooth, soft nose of a traditional soft point prevents jamming for more reliable function. It’s like soft points were created for traditional lever action rifles. (Spoiler: They were!)

If you’re looking for super reliable traditional soft points, it doesn’t get more traditional or reliable than Remington Core-Lokt. These have been around for generations and have probably been used to fill more tags and freezers than any other brand of deer-hunting ammunition. 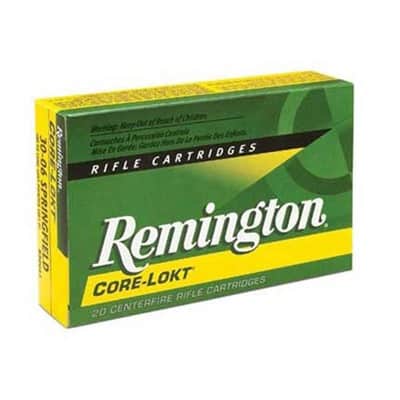 Hollow points are similar to soft points in that both bullet designs have a jacket opening at the forward tip.

Designed for controlled penetration and massive expansion, hollow points have a hollowed out center tip (go figure). It is important to remember that hollow point bullets are not actually hollow. There is usually a soft core inside, although some hollow points are monolithic (made from solid metal). Only the tip of the projectile has a small hollow cavity. 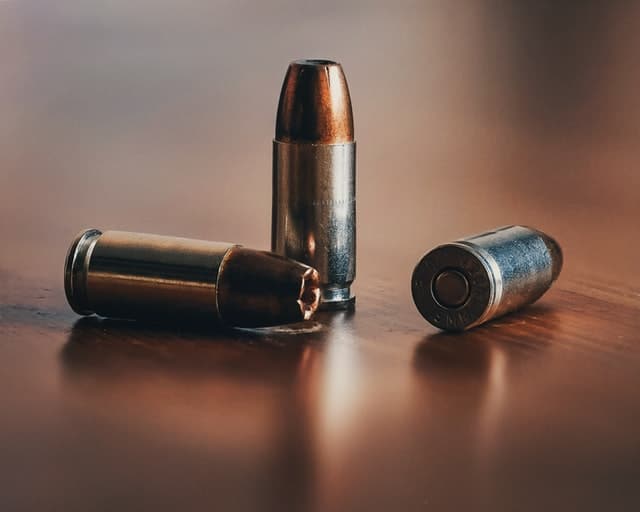 When a hollow point bullet strikes soft tissue, pressure is created inside the cavity. This pressure forces the outside edge of the bullet to expand, increasing the diameter of the projectile and carving a wide wound channel.

That characteristic cavity also slows the projectile as it moves through the target. This limits penetration. As a result, hollow points often stop inside the animal, dumping more concussive energy and causing more internal damage.

Limited penetration isn’t much of a concern for deer hunters, especially when used at ranges inside of 150 yards. If you’re hunting longer ranges or taking shots on larger thick-skinned animals (like wild hogs or elk), that penetration could be a problem. A shallow wound channel may not strike vital organs and could leave only a minimal blood tail.

It is also important to point out that some states restrict hunting with hollow point ammunition, so be sure to check regulations before opening day. 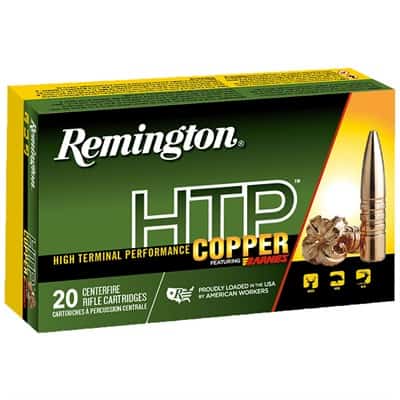 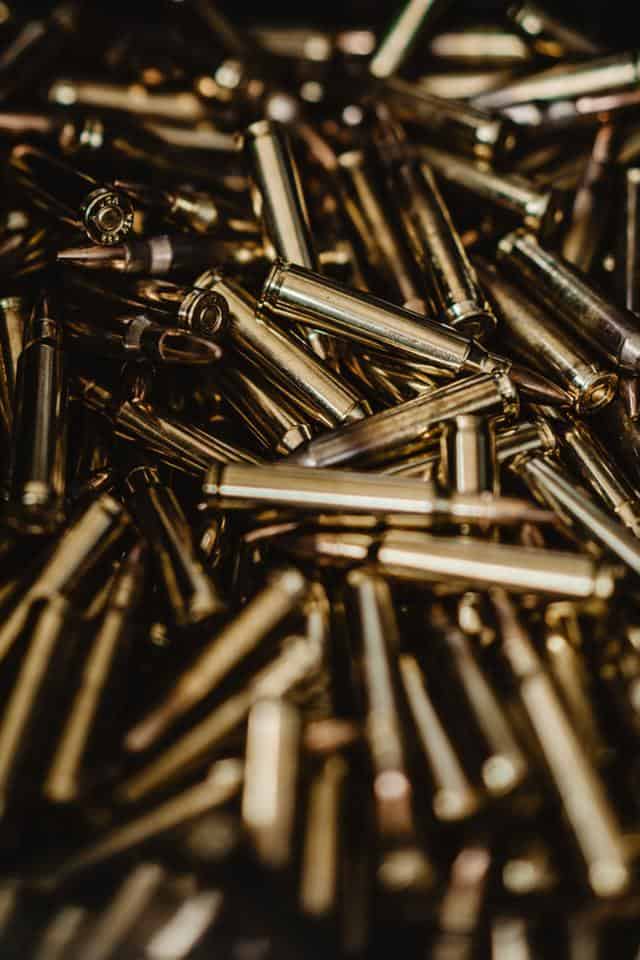 The design is a basic hollow point projectile, but the cavity is topped with an sleek-shaped hard plastic tip. Not only does the tip make the bullet more aerodynamic, it also aids terminal expansion. When a ballistic tip bullet impacts the target, the tip is forced backward into the hollow point cavity. The result is reliable and uniform expansion (or fragmentation depending on the bullet design).

Ballistic tip ammo is pretty technologically advanced, and it looks the part. Probably the most attractive ammo on the market, these high-tech bullets are super sleek, but they deliver the cutting-edge performance you would expect from their appearance.

Most ammo manufacturers produce some version of a ballistic tip. However, in most cases, this is premium ammo, so expect to pay a premium price.

We have to include Nosler Ballistic Tip Ammo here. Nosler is the original creator of the ballistic tip projectile, and while the design is used by plenty of other ammo manufacturers, we want to give Nosler the attention it deserves. Their Ballistic Tip Ammo comes in a variety of popular hunting cartridges, so you should find something in the line that suits you. 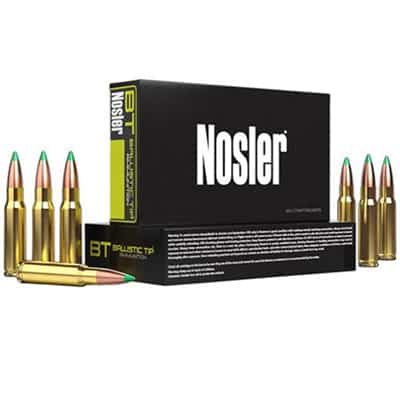 Now that you have an overview of the types of bullets available to modern deer hunters, you’re probably still wondering which works best.

There are so many variables, that picking one single “best” bullet is practically impossible. You need to consider your rifle, the size of the deer you’re hunting, your hunting environment (Is it thick woods, steep mountains, or open cropland?), and probable shot distances. 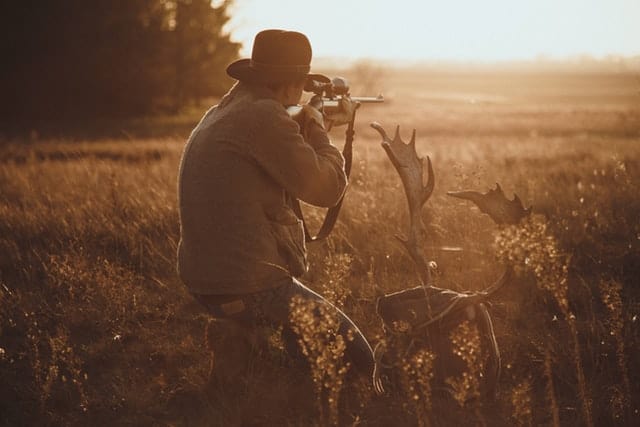 Accuracy is important, so spend some time sending lead downrange to increase your proficiency with both your rifle and your preferred hunting load. You should also become familiar with the basics of whitetail anatomy. You want your bullet to strike the animal so it can inflict the most damage possible.

The goal of every hunter should be an ethical kill. Sometimes that means waiting until a leery deer presents a good shot. Sometimes it means letting a trophy buck walk away. If you aren’t confident in a shot, don’t make it. Bullets aren’t magic, and you can’t wish them into hitting vitals on a buck that is too far away or providing a poor presentation.

Ultimately, the best round is one that performs well in your rifle and that you can shoot with confidence and proficiency. Whether you choose traditional soft points, expanding hollow points, or technologically advanced ballistic tips, no bullet design is a substitute for a well-placed shot.