The Ultimate Guide to Handgun Sizes [2023] 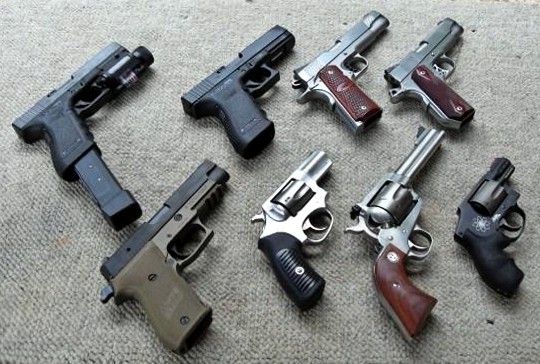 You can study photos, descriptions, and dimensions until the cows come home, and you still won’t have a good understanding of how it feels to carry that weapon.

With hundreds of handgun options available and plenty of “expert” advice on what model you should carry, choosing a handgun for self-defense can be pretty confusing. Don't worry! We’re here to help by helping you understand handgun size, so you can make a more informed decision on what will work best for you. 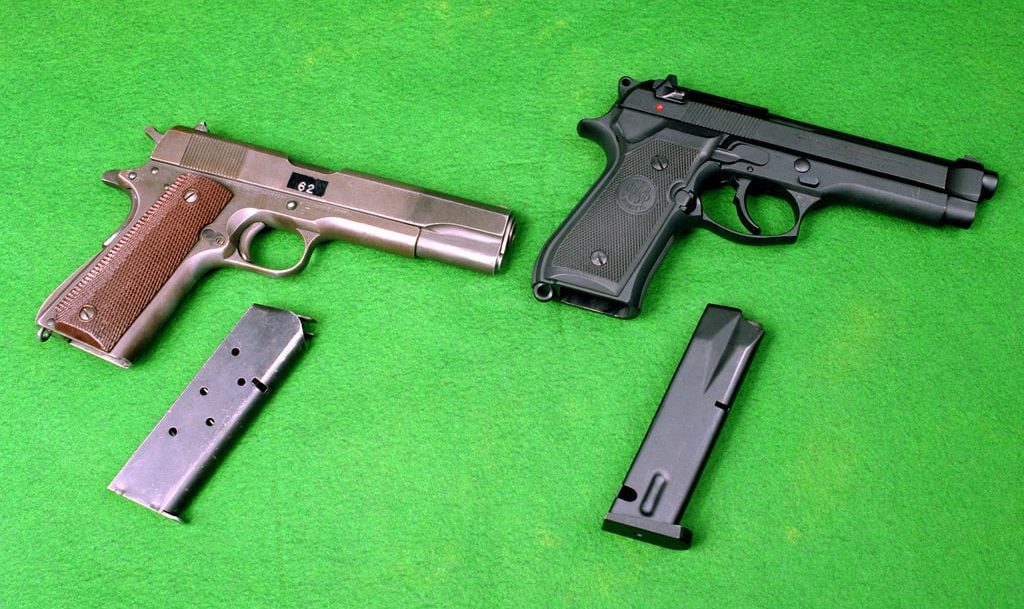 When it comes to choosing a self-defense handgun, the size of the gun is highly important. If you plan to carry your weapon concealed, that weapon needs to be small enough for you to carry undetected.

However, don’t be seduced by the tiniest models.

Although effective concealment with these minuscule models is practically effortless, the size of the weapon affects more than its conceal-ability.

Generally, the smaller the handgun, the less forgiving it is and the harder it is to shoot.

As a general rule, smaller lightweight handguns produce more felt recoil. This is a simple matter of physics. If you can remember back to high school science class, you might recall a guy named Newton and his Third Law.

“For every action, there is an equal and opposite reaction.”

For firearms, this principle breaks down like this: when you pull the trigger, the bullet goes forward propelled by expanding gas (the action), while the gun goes backward (the opposite reaction). That backward motion is called recoil.

There are several factors that affect how much felt recoil a firearm produces. One factor is the mass of the firearm. All things being equal, a heavier gun will absorb more energy and therefore produce less felt recoil.

Because recoil can upset shooter confidence and accuracy, weaker or recoil sensitive shooters will usually benefit from a heavier handgun.

Size is one area where perception does not always equal reality. Large handguns may seem more intimidating to small or inexperienced shooters. As a result, they may shy away from the “big guns.” These shooters often look at larger handguns and think they will be louder, harder to shoot, and produce more recoil. This is not usually the case.

Instead, the larger size of a full-size handgun can actually reduce felt recoil. It may also feel more stable in the hand, allowing for better target accuracy.

While a larger handgun could pose some problems with concealment, concealment isn’t the ultimate goal. You need a weapon you can handle effectively, shoot accurately, and carry with confidence.

The real work of the handgun happens after it leaves its place of concealment to neutralize a threat. 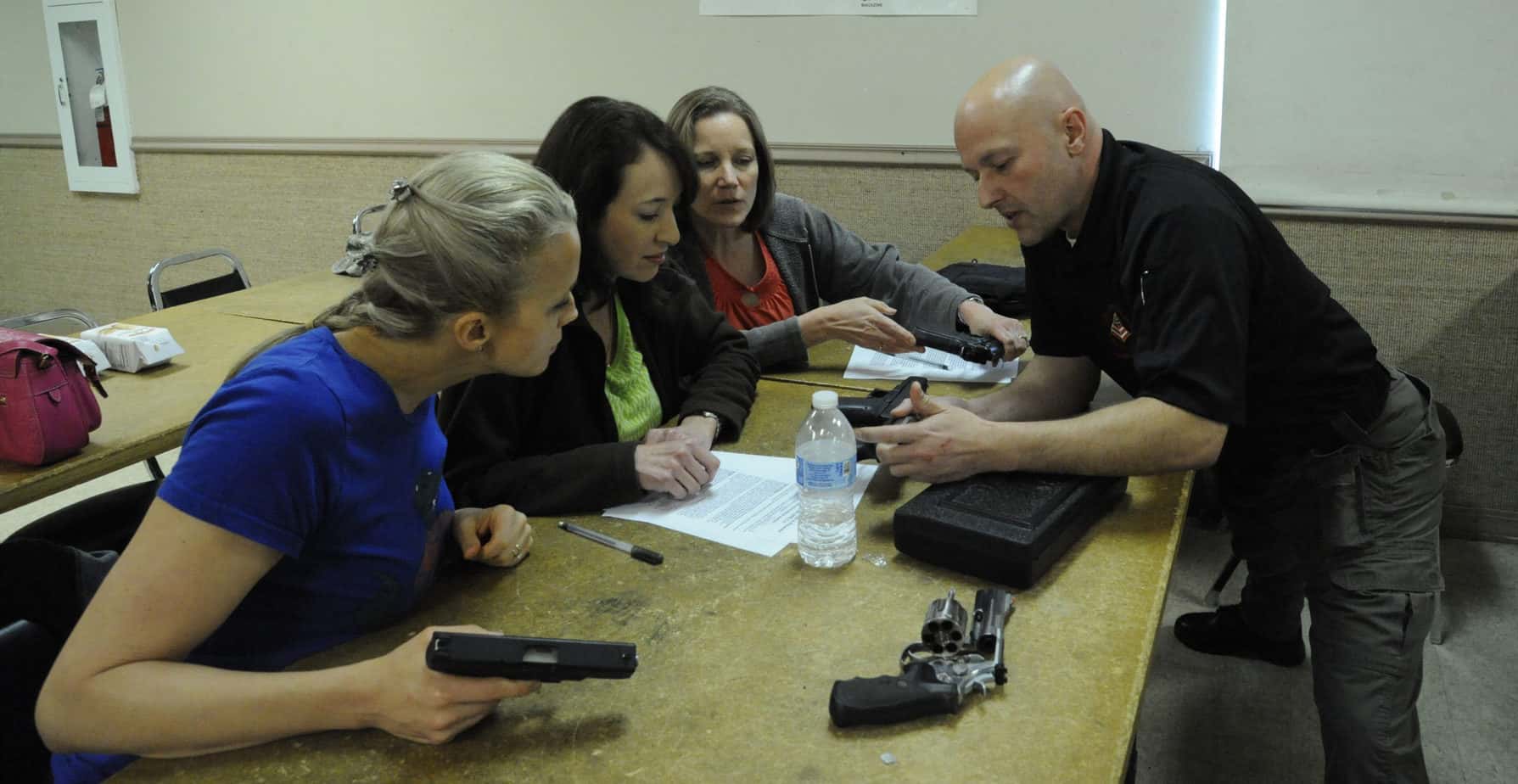 Generally speaking, handguns fall into one of four size categories - full size, compact, sub compact, and micro pistols. However, many models blur the lines, falling easily into more than one category.

The most common size pistol, full-size guns are most commonly used as service weapons for law enforcement.

The magazine capacity of a full size pistol is typically high, with some models capable of holding close to 20 rounds.

In spite of the size and overall weight, which may be intimidating to some inexperienced shooters, full size handguns are actually the easiest to shoot. The major drawback is the larger size and weight make them more difficult to conceal.

Slightly smaller than full size handguns, compact pistols are often created by shortening the barrel, slide, frame length and height of their full-size counterparts. The magazine capacity usually matches a full size, although in some cases it may be slightly less.

In some cases, even if the compact model comes with a smaller magazine capacity, it may still accept a full size magazine. This increases the handgun’s capacity without any major modifications to the weapon.

Handguns in this category are slightly easier to conceal than their full-size big brothers. However, there is not a significant size difference, and some shooters will still consider concealment problematic.

Often affectionately referred to as “Goldilocks” guns, compact handguns seem to hit the “just right” sweet spot between small enough to carry and big enough to shoot with confidence and accuracy.

Some examples of pistols that fall into the compact category are the Glock 19, Smith & Wesson M&P, Springfield XD(M), and the Sig Sauer P320.

Even smaller and easier to conceal than a compact pistol, sub-compact handguns usually have a barrel length of less than three inches and an overall length of around six inches. The small size is easy to hide under a jacket or other loose-fitting clothing.

Sub-compact handguns can be somewhat more difficult to shoot than compact or full-size models, and accurate follow-up shots can sometimes be problematic. Shootability varies greatly in this category. Since some models provide easier shooting than others, if you can give them a test-drive at the local shooting range before making a final decision, it is highly recommended.

Handguns in the sub-compact category will generally have a reduced magazine capacity. Most fall in the 7 to 10 round range.

The smallest possible handguns fall into the micro pistol category. Some are so small, they can fit easily into the front pocket of your trousers. Many shooters choose to use these pistols as a backup gun. Others use them when deep concealment is a priority.

The magazine capacity of the average micro pistol is small. Some hold only five rounds. Some hold even less.

Even experienced shooters admit these tiny pistols are difficult to shoot. Their miniature size results in significant felt recoil, even when they are chambered in a small caliber. This makes accuracy less reliable, especially on important follow-up shots.

The Glock 42, Beretta Pico, Smith & Wesson M&P Bodyguard, and the Sig Sauer P365 are some of the most popular micro pistols on the market. 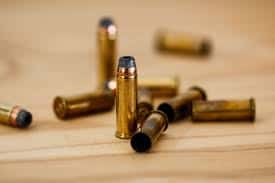 The size of the handgun has little to do with its caliber. However, choosing a caliber you can shoot confidently and effectively is critical. The best caliber for a concealed carry weapon is one of the most controversial topics in the shooting world.

Ammunition developed specifically for self defense often features specialized projectiles designed to maximize tissue damage and blood loss. While this may seem violent, it is the most efficient and effective way to eliminate a deadly threat.

Therefore, it makes sense that a projectile that creates a larger wound channel will be generally more effective at eliminating a dangerous threat. Larger more powerful calibers will naturally create a larger wound due to their larger diameter. This causes these large caliber bullets to create more soft tissue devastation and increases the chances of the projectile hitting vital organs and major arteries.

A larger caliber handgun (loaded with appropriate self defense ammunition) will obviously be more effective at delivering tissue trauma and blood loss than smaller, less powerful calibers. However, there is always a trade off.

While a larger caliber handgun will produce larger wounds, it also produces more felt recoil.  As we’ve said before, more felt recoil can have a negative effect on shooter confidence and accuracy, especially for weaker or recoil sensitive shooters. 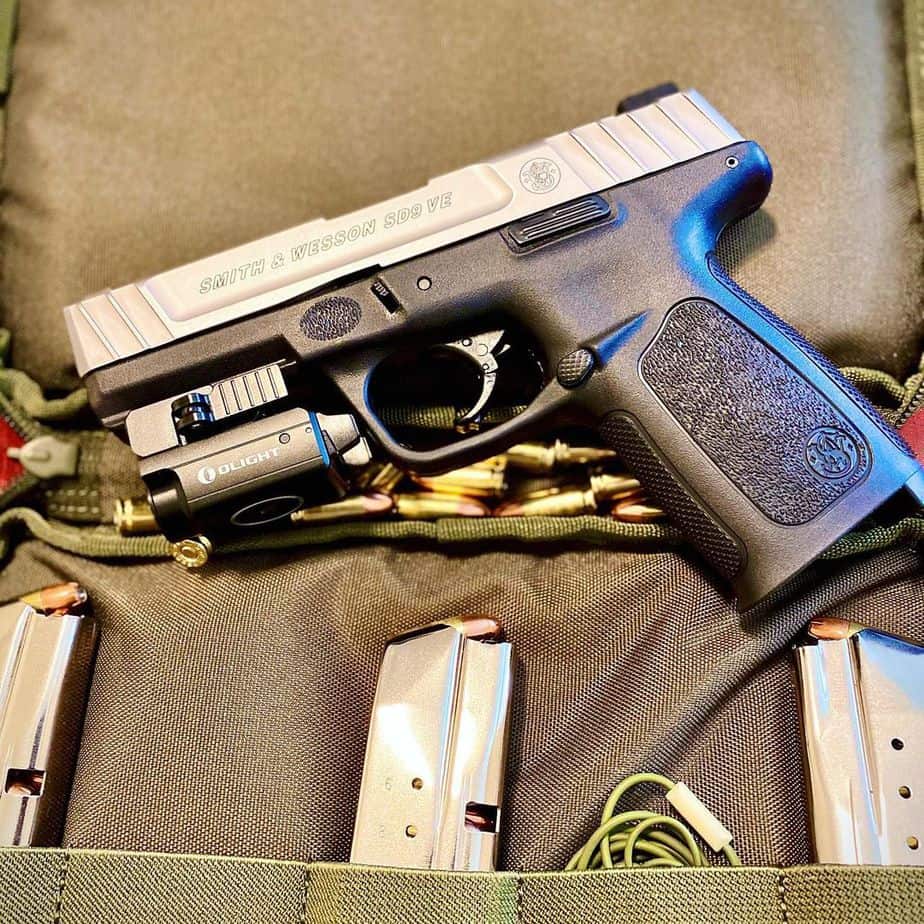 Many “experts” believe any caliber smaller than .40 S&W is ineffective for personal protection. However, if a shooter is incapable of putting multiple rounds on target with a large caliber handgun, that weapon is relatively useless for self-defense.

Ultimately, any round on target is better than a clear miss, so again, choose a caliber you are capable of shooting with proficiency and confidence.

Also, with modern advancements in self-defense ammunition, smaller caliber weapons have become far more effective for personal defense than they once were, even in the recent past.

If a .22 caliber handgun is all you can handle effectively, it is certainly better than nothing. Just be sure to load whatever weapon you choose with the best self-defense rounds you can find.

You want to make sure whatever handgun you choose for self-defense is one you can handle effectively and confidently. Ultimately, this is more important than how easy it is to conceal, even if concealed carry is your goal. The conceal-ability of the weapon is less important than whether you can use that handgun to eliminate a threat once it leaves its place of concealment.