“For every action, there is an equal and opposite reaction.” If you can remember anything from high school, you probably remember Newton’s Third Law of Motion. In the world of shooting, this law manifests as recoil.

For some shooters, recoil is a scary thing. If not managed properly, it can seriously affect your shooting experience and your accuracy. Thankfully, there are some easy things you can do to keep recoil (and your response to it) under control.

What Exactly is Recoil? 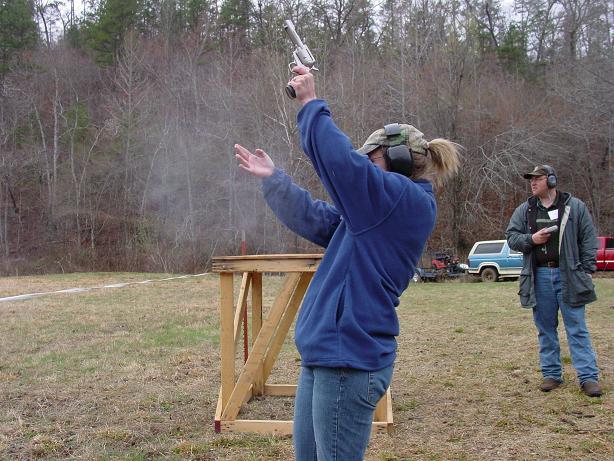 When you pull the trigger on any firearm, there is a chain reaction that cases propellant gases to quickly expand, creating a burst of high pressure. This high pressure splits the bullet from the cartridge and forces it down the barrel at high speed.

As the force from the expanding gases pushes the bullet forward, they also push the firearm backwards.

This backward force is called recoil. (In some shooting circles, recoil is also called the kick.)

When you pull the trigger on any firearm, there is a chain reaction that cases propellant gases to quickly expand, creating a burst of high pressure. This high pressure splits the bullet from the cartridge and forces it down the barrel at high speed.

As the force from the expanding gases pushes the bullet forward, they also push the firearm backwards. This backward force is called recoil. (In some shooting circles, recoil is also called the kick.)

The Negative Effects of Recoil

Recoil often leaves shooters with sore shoulders and a distaste for target practice. In addition to creating a negative shooting experience, recoil can also have a major impact on accuracy. A gun that kicks like a bull isn’t any fun to shoot (at least not more than once). As a result, guns with significant recoil can create anxiety, especially for inexperienced shooters.

These responses have a huge impact on accuracy.

In the worst case scenario, a shooter can be physically injured from excessive recoil, especially if the firearm is not held firmly and properly.

If you want to improve your shooting, managing recoil is essential. If not managed effectively, recoil will quickly suck the joy out of shooting.

The following recoil management tips will help you shoot better, kick the flinch response, and allow you to have more fun on the shooting range.

Use Proper Stance and Grip

The number one most effective way to manage recoil is to let your body absorb it.

While this may seem like a bad idea, the trick is to properly position your body to absorb the shock without causing a severe impact or painful injury. (Anyone who has ever had a rifle give them a black eye knows exactly what I’m talking about. OUCH!)

It is important not to be afraid of the firearm. Inexperienced and apprehensive shooters will sometimes take a stance leaning away from the weapon. A proper stance has the shooter leaning INTO the weapon rather than AWAY from it. 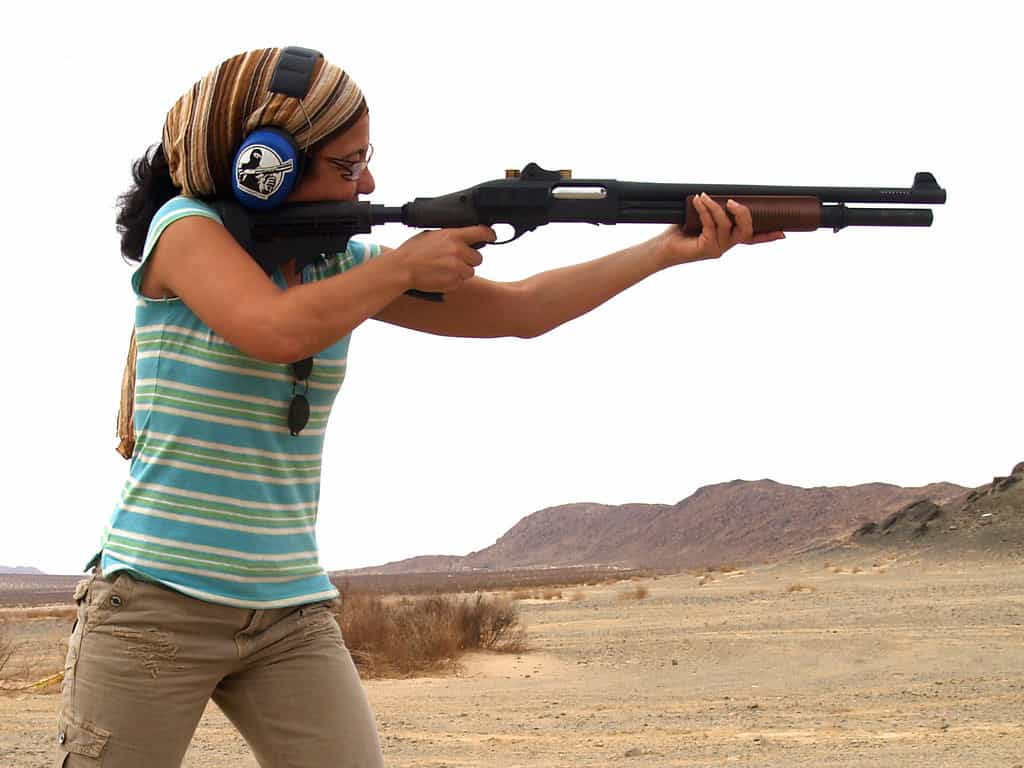 Plant your feet shoulder width apart with your weight evenly distributed from heel to toe. (You may choose to step back with your dominant foot, keeping your feet about shoulder width. This is the accepted stance for shooting a long gun, but it can also be used with a handgun.) There shouldn’t be more weight on the heel or the ball of your foot. Instead, let it spread across the entire foot.

Center your body over the knees. Be sure to keep your knees slightly bent.

Do not shift your weight backward. Instead, lean slightly - but not aggressively - toward your target. Hinge at the hips, almost like you would if you were skiing.

When shooting a handgun, maintain a high and firm two-hand grip. The important thing is to maintain control of the weapon. Set the meatiest part of your hand behind the handgun to help absorb the recoil.

Your arms should be fully extended, but your elbows should NOT be locked. Having soft elbows helps absorb the shock. While your grip should be firm, your muscles shouldn’t be tense. Try to relax, especially through your shoulders.

When shooting a rifle or shotgun, you want to maintain a solid cheek weld. Cheek weld is accomplished by keeping solid contact between your face and the stock of your weapon.

While leaning in and placing your face on the stock may seem counterintuitive, a solid cheek weld will prevent the weapon from pivoting upward and slamming into your face. 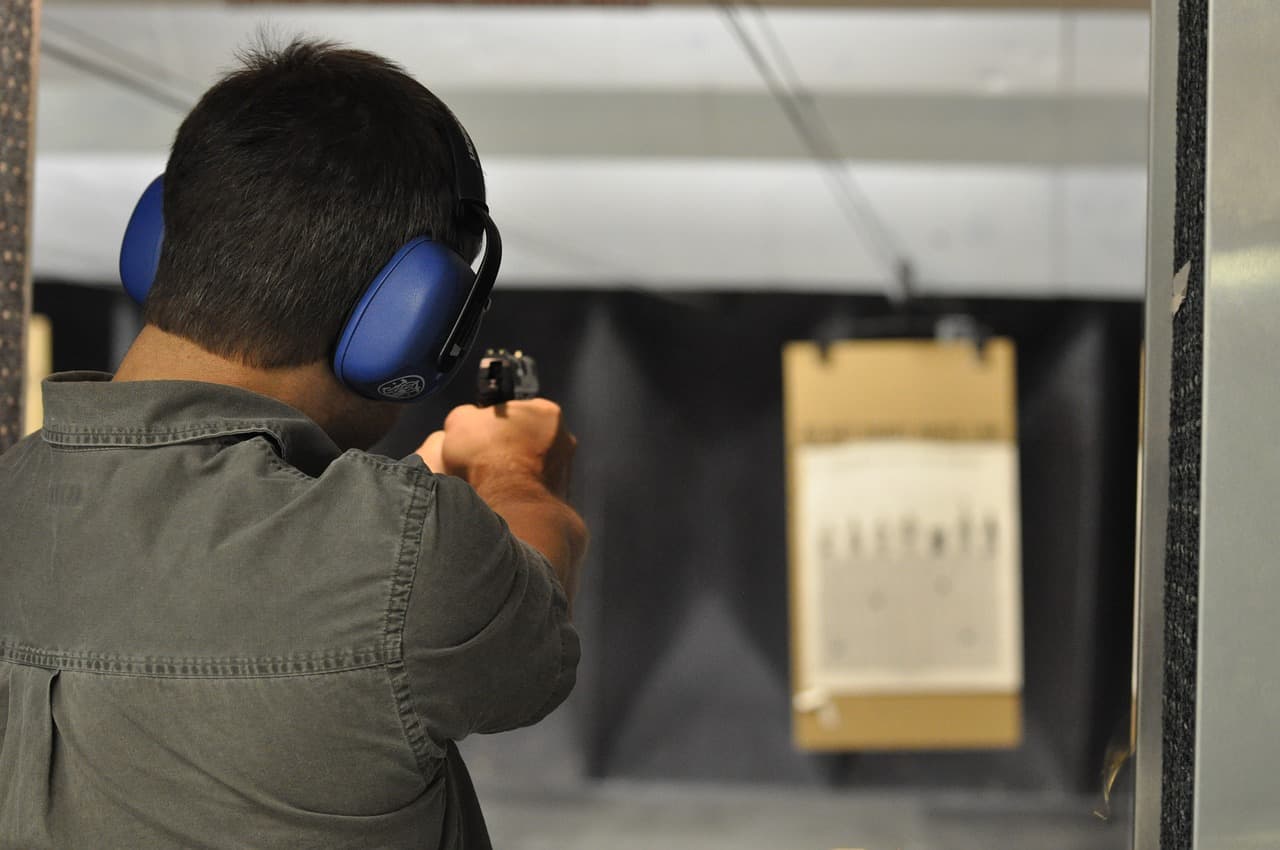 Flinching is a common response for shooters anticipating recoil. The best way to prevent flinching is to relax, breathe, and put slow and steady pressure on the trigger.

Flinching becomes more common if you shoot for a long period of time. Instead, keep your shooting sessions short.

Know your limits and quit when you’re tired. Quality practice is more important than quantity. If you're not shooting well due to fatigue, pack up your gear and head home. You can practice another day.

Another way to eliminate flinching is to practice dry fire drills. Dry fire practice requires no ammunition and is a great way to practice the fundamentals without recoil or ear-splitting report.

Dry fire drills reinforce muscle memory. You can practice a smooth trigger pull without the fear of recoil or muzzle blast. Later, when live ammunition is added to the mix, you will have had enough practice without the “scary” part of shooting that you won’t have the same fear response.

Recoil does more than hurt your shoulder; it can also get in your head.

Beyond the actual physics, another aspect of recoil is how the shooter perceives recoil. If a shooter is afraid of the recoil, they will perceive the recoil as more severe.

Every human has a natural aversion to loud noises, flashing lights, and physical pain (All these are part of shooting firearms!) By understanding fear is a natural human response, you can take measures to control that response.

Steps you can take to minimize fear response are:

Change Your Weapon or Your Ammunition

If your firearm is producing more recoil than you can adequately manage, you might need to change something.

It could be as simple as switching to “lite” ammunition. These cartridges are designed to reduce felt recoil and muzzle blast. The manufacturing accomplishes this by: 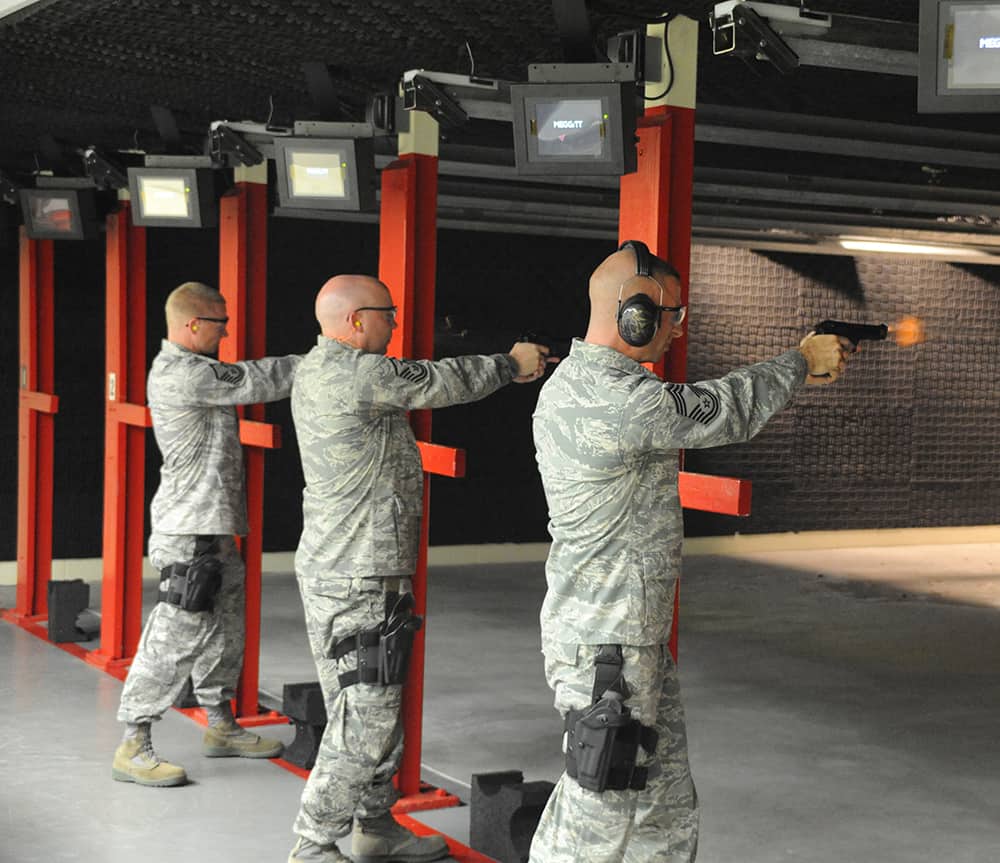 You can also switch to a different caliber weapon. Try shooting one that generates less recoil. This is an expensive “solution,” so use it as a last resort. It might not be a solution at all. If you haven’t mastered the basics of recoil management, you’ll take fear and sloppy shooting techniques with you to your next weapon.

Unfortunately, there’s no way to completely eliminate recoil. It’s part of the laws of physics. However, understanding what recoil is and how to manage it will help you be a better and more confident shooter.