What if a scope combined the battle-tested gold standard of the Trijicon ACOG with the ability to adjust magnification from 1X to 6X even in the dark with shaking, gloved hands? The result would be something great that can handle any target, both at long range and up close in a CQB scenario. That unit exists – and it’s called the Trijicon VCOG. 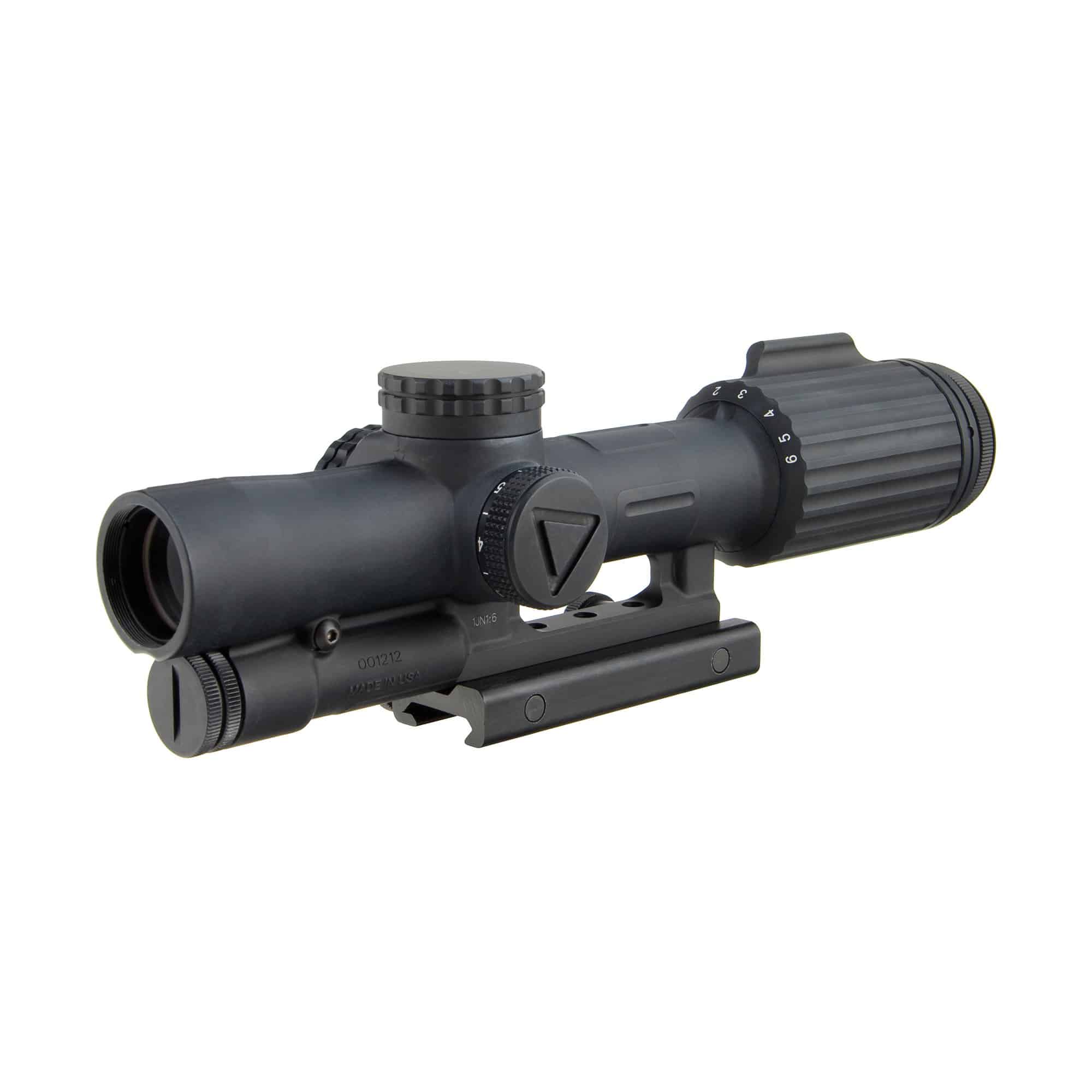 VCOG stands for Variable Combat Optical Gunsight, and it’s one of the top products on the market, with one function – to give you the ability to engage targets from self-defense distance out to the maximum effective range of most rifles.

It does that job with both precision, and the type of dependability Trijicon customers have come to expect.

It has a high price point, but for the competition, duty, or hunting shooter, it’s an investment in accuracy and optics toughness.

It is designed for the dedicated shooter, regardless of application.

If you’ve got the cash, it’s worth the buy.

It makes no bones about its intended purpose – combat. After all, it’s even in the name. That doesn’t mean, however, that it’s not also suited for competition and hunting applications. It’s equally at home on a competition range, taking out big game at long distance, or working in the tight spaces of close quarters battle.

Magnification on the unit runs from 1X to 6X, and adjustment can be done quickly due to the fin that runs along the unit. That fin allows you to see and feel exactly where the magnification is set, even in the dark or with gloves on. 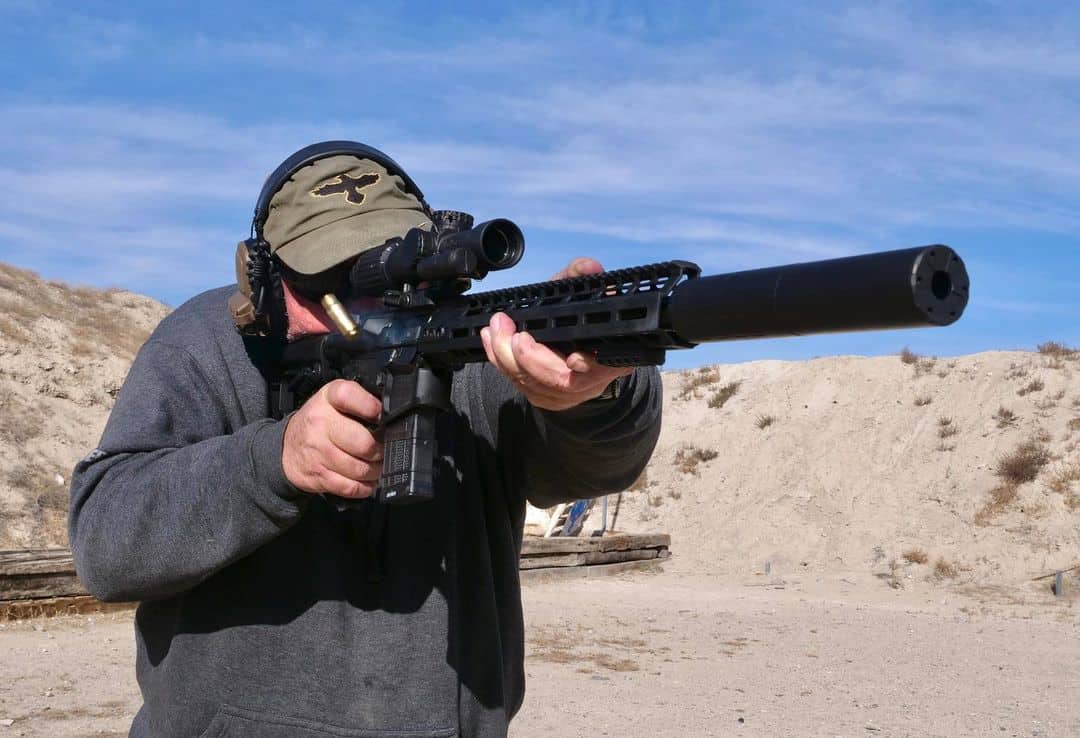 Trijicon VCOG 1-8 on a Wilson Combat .458 Socom | Photo by snipersustainment

That calibration means subtensions match the bullet drop rate for that ammunition at a given range, for superior accuracy. You’ll want to check the range of your specific rounds, of course.

The optic’s illumination comes from an internal LED that requires a single AA battery. It has six brightness settings that can handle a variety of lighting scenarios, and even in bright sunlight targets are clear.

It has exceeded mil-spec toughness standards, so you can be certain that it can put up with everything from getting wet to getting dropped on concrete from a meter or two up. Not only will it not break, but it’ll hold zero.

This Trijicon model is designed to be easy to use; it features half-inch click adjustments at 100 yards, and the reticle illumination has an OFF position between settings.

The fin allows for speedy adjustment of magnification; even the battery is easy to get to, residing beneath the objective lens.

When it comes to reliability, few can boast the toughness of the product. Using the same aircraft-grade aluminum as the ACOG, it’s guaranteed to stand up to just about anything – and comes with a limited lifetime warranty.

It uses a single AA battery, so your battery life is somewhat dependent on more than just your pattern of use.

Using high-quality cells in this unit will offer the most extended operation; Trijicon says you can expect 700 hours at brightness level 4. 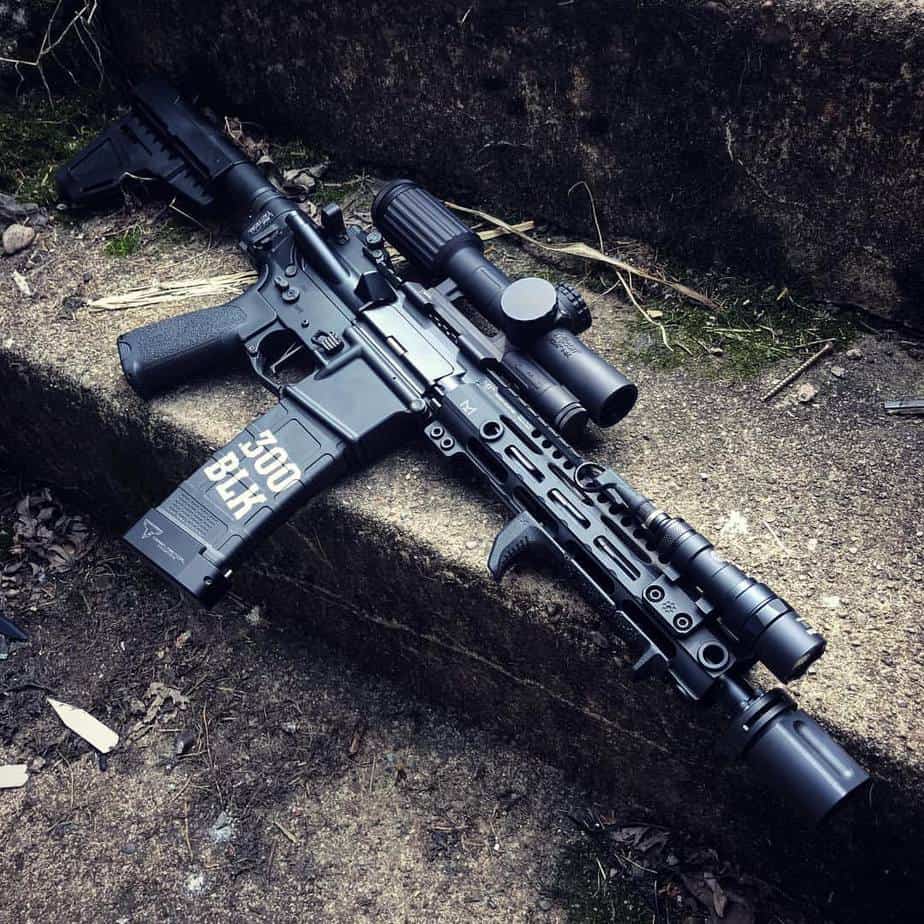 The VCOG is expensive; depending on the model, you might pay at least as much for the optic as you did for the firearm it’s on.

If you’ve already shelled out the money for a high-end rifle, however, it stands to reason you’d want the optic to be top shelf as well, and that’s what the VCOG is.

Trijicon says the VCOG is for any application – as a duty weapon, competition gun, or hunting rifle.

The high variety of calibrations and models means they can back up that statement; regardless of what you plan to use it for, the product will provide both close range and long-distance accuracy. 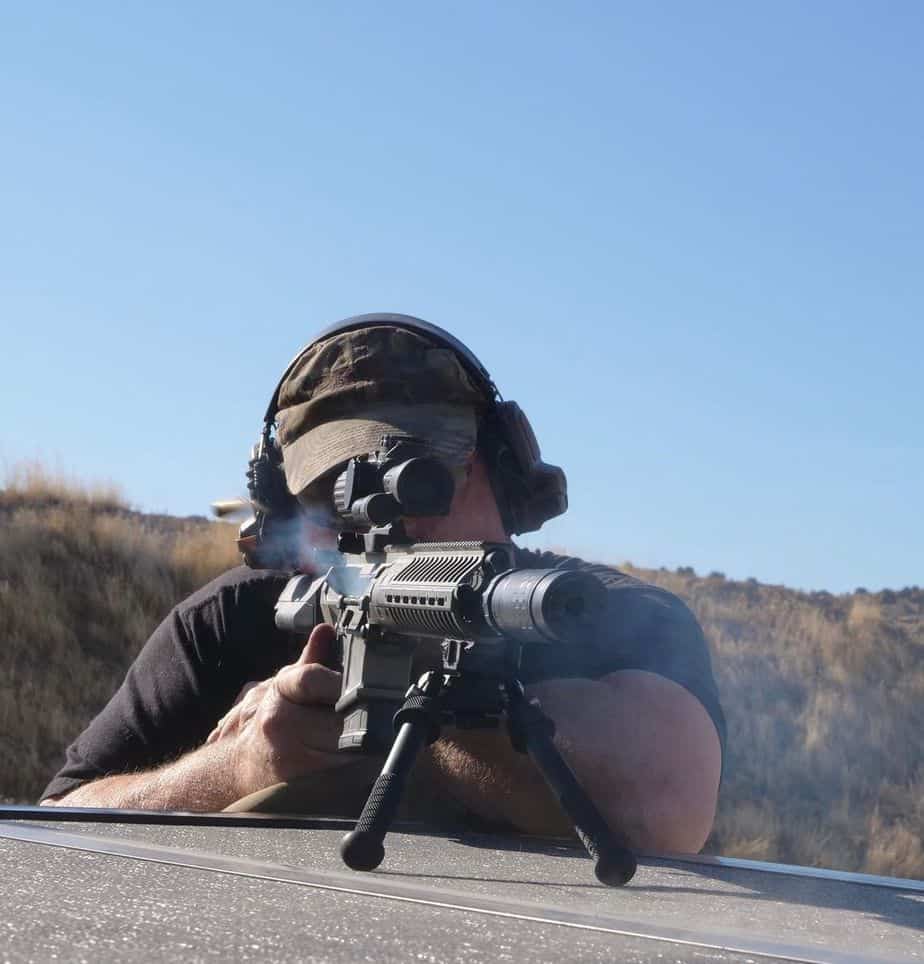 It is designed for rifles on the AR platform and next-gen carbines. 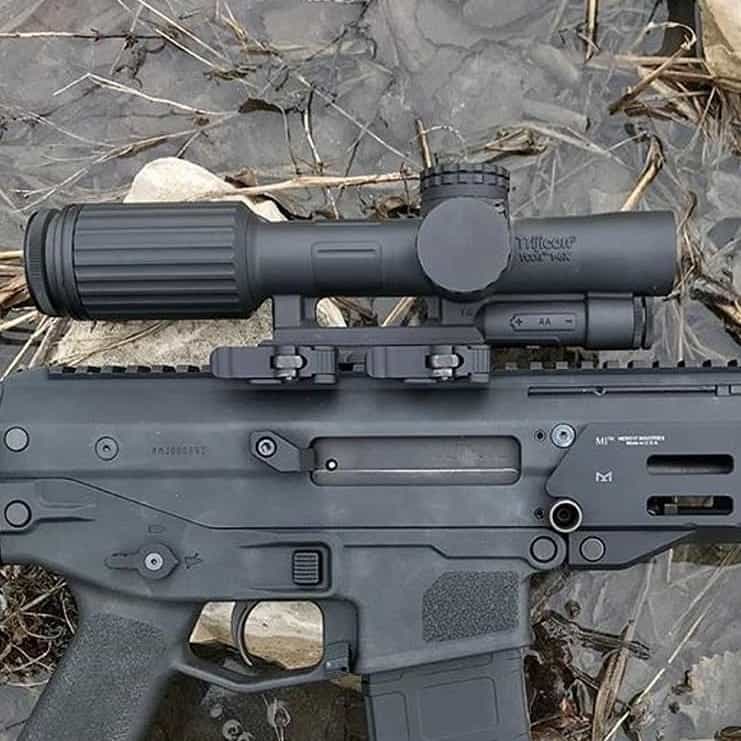 Sometimes you see the high-end optics and end up buying a cheaper version because you can’t justify spending that much on a scope.

That’s not what you want to do here; the VCOG is worth the price of admission.

Granted, depending on how much you use it, the 700-hour battery life means you might want to carry a spare battery just in case you find yourself in the field when that 700th hour is up.

The VCOG has so many features and is so easy to use, however, that you won’t mind.

If you need an all-around scope that offers variable magnification and smooth operation in a package sturdy enough to withstand combat or a challenging hunt, the Trijicon VCOG is the best of the best.

Other Options Worth Looking at

If you can’t see yourself paying $2000-3500 for optics, you might want to check out the American Technologies Network XSight. It offers 3X-14X magnification, with recoil activated video as well. It also sports a built-in ballistics calculator and runs in the $500-$600 range.