Weaver vs. Picatinny: Which is Best?

Generally speaking, if you want to install an accessory on your firearm, you need a mounting point. One of the most ubiquitous attachment point styles is the accessory rail. Many standards and variations exist. Two of the most common rail standards in the United States are the Weaver rail and the Picatinny rail.

Although they are visually very similar to one another, they are not quite the same. Understanding the differences between the two rail systems can help you know how to use rails and accessories compatible with each and which is better to have.

What is a Weaver Rail?

Before the Weaver rail, scopes and attachments were more or less proprietary to each firearm, employing attachment points such as dovetail mounts.

The William Ralph Weaver Company was a manufacturer of rifle sights and scope systems founded in 1930. This company is responsible for creating the first attempt at a universal scope mounting system for rifles: the Weaver rail.

A Weaver rail consists of a metal rail with teeth and slots, being approximately 0.180” wide. Accessories intended for Weaver rails typically feature locking screws designed to interface with the slots, allowing the user to tighten the accessory in place.

The slots’ position on a Weaver rail is not standardized; each rail may differ from the next.

Weaver rails competed with Leupold’s Redfield mounting systems. Shooters at the time considered Weaver rails to be inferior; they were less durable and impossible to adjust for windage.

The inconsistent slot position between each rail made it impossible to ensure that every accessory could be installed consistently on each rail. Despite that, Weaver rails served as the base in the development of the Picatinny rail.

What is a Picatinny Rail?

The Picatinny rail is the common name for the MIL-STD-1913 rail interface system. The Picatinny rail’s primary purpose is to allow military firearms to attach scopes, but the system was later adapted for compatibility with a wide array of attachments.

The industry’s first attempts to modernize the Weaver rail started in the early 1980s, with A.R.M.S., Inc. developing the original dovetail dimensions that would later become Picatinny rails.

However, none of these early attempts fully met the U.S. Army’s needs. They contacted Picatinny Arsenal, a New Jersey-based company, tasking them with designing a mounting system that could fulfill military requirements.

The first Picatinny rail prototype was completed in 1995 and sent to Rock Island Arsenal for trial and official review. It passed all requirements, so the U.S. military type-standardized it on February 3, 1995, as the MIL-STD-1913 rail.

Following the standardization of Picatinny rails, the first firearms to see widespread adoption of these rails were the Colt Models 920, 921, and 945, the first M16 derivatives to feature flat-top railed receivers.

Although all three of these firearms are modernized versions of the earlier M16 rifles and CAR-15 carbines, they are the most successful derivatives of Eugene Stoner’s original designs. 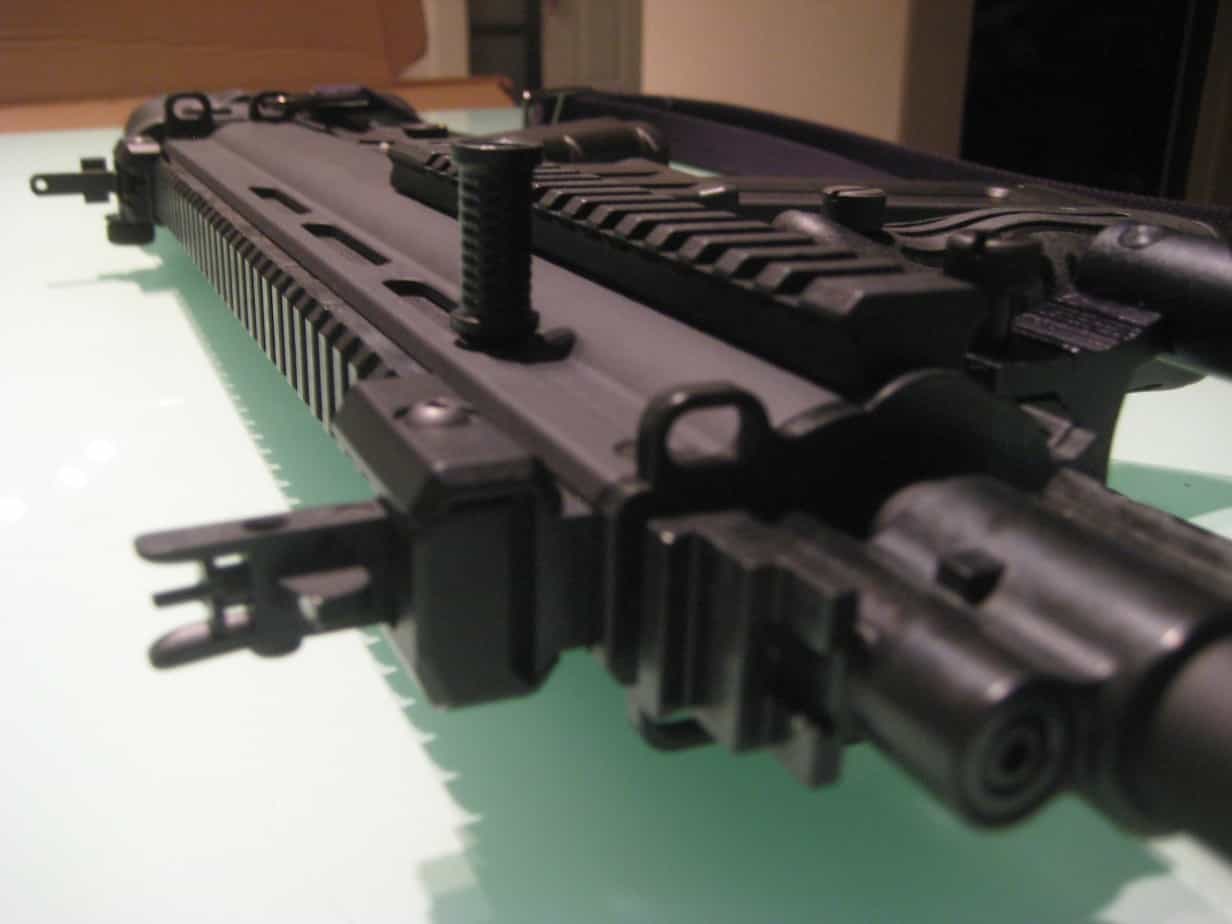 Although visually similar and cross-compatible to a limited extent, Weaver rails and Picatinny rails do not share the same dimensions.

A Weaver rail features 0.180” wide slots with no guarantee of consistent spacing between each slot. In contrast, a Picatinny rail slot is always 0.206” wide and a distance of precisely 0.394” between the centers of each groove.

Because Picatinny rail dimensions are standardized, each rail is guaranteed to have the same overall dimensions except for the overall length. Weaver rails, on the other hand, may not be the same from one manufacturer to the next.

Weaver rails are primarily optics rails, intended only for scopes and similar optical devices. Initially, so were Picatinny rails, but the industry produced many other accessory types with the Picatinny rail in mind, adapting the system for mounting attachments at a 90-degree angle (side rails), upside-down (underbarrel rails), or on all four sides of the firearm (quad rail handguards).

​The NATO Rail: A Picatinny Rail For The World 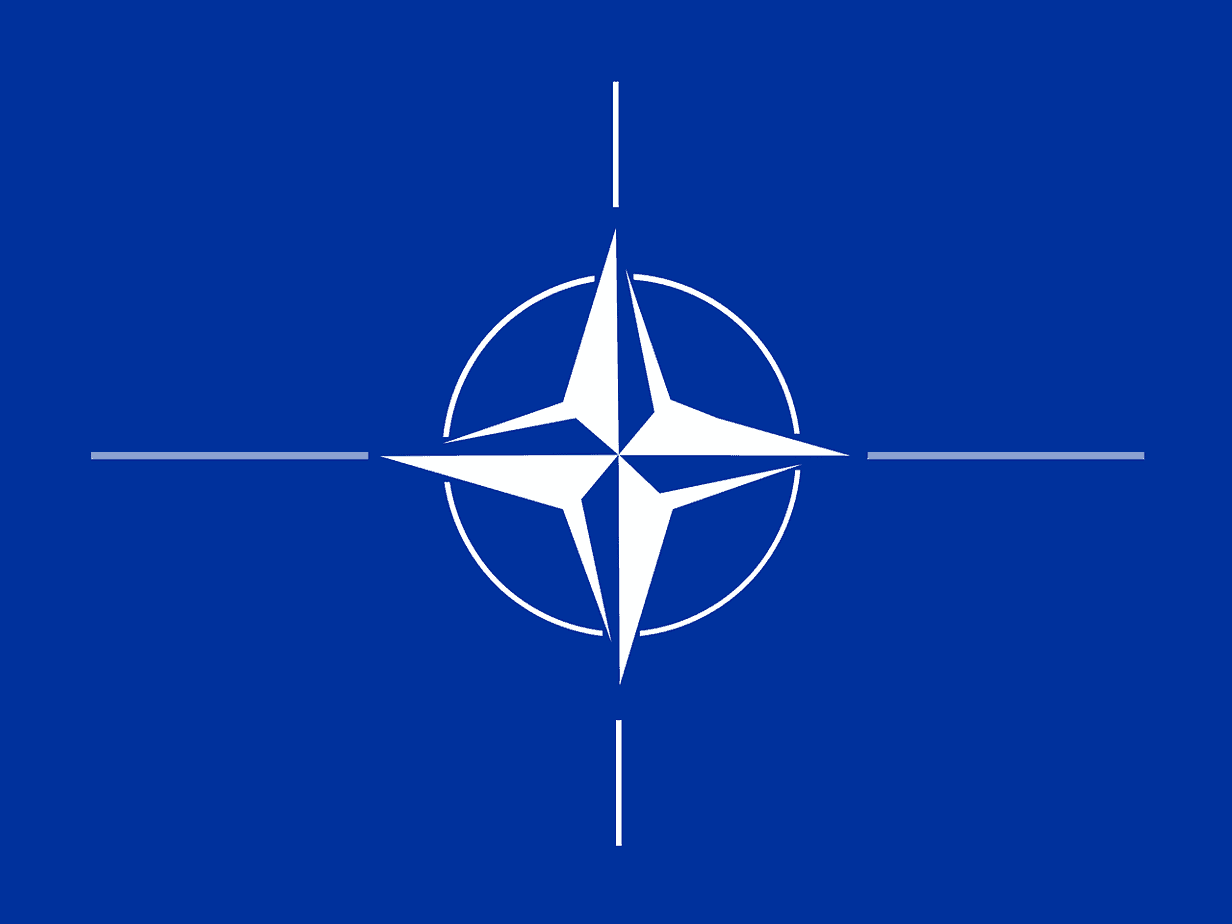 In 2009, a new rail interface system was standardized as STA​​NAG 4694: the NATO Accessory Rail, or NATO rail.

However, there exist key differences between the two:

Although these differences are invisible to the average civilian shooter, NATO rails represent a significant step toward the standardization of weapon systems and rail interfaces between NATO members.

Between Weaver rails and Picatinny rails, Picatinny rails are, by far, the better choice. Although other attachment systems are available, depending on the manufacturer or the weapons platform of your choice, the Picatinny rail is the most widespread and the most well-known today.

As of today, Weaver rails have largely fallen by the wayside. There is little reason to seek out Weaver rails or firearms equipped with them, as most Weaver accessories today will fit on Picatinny rails.